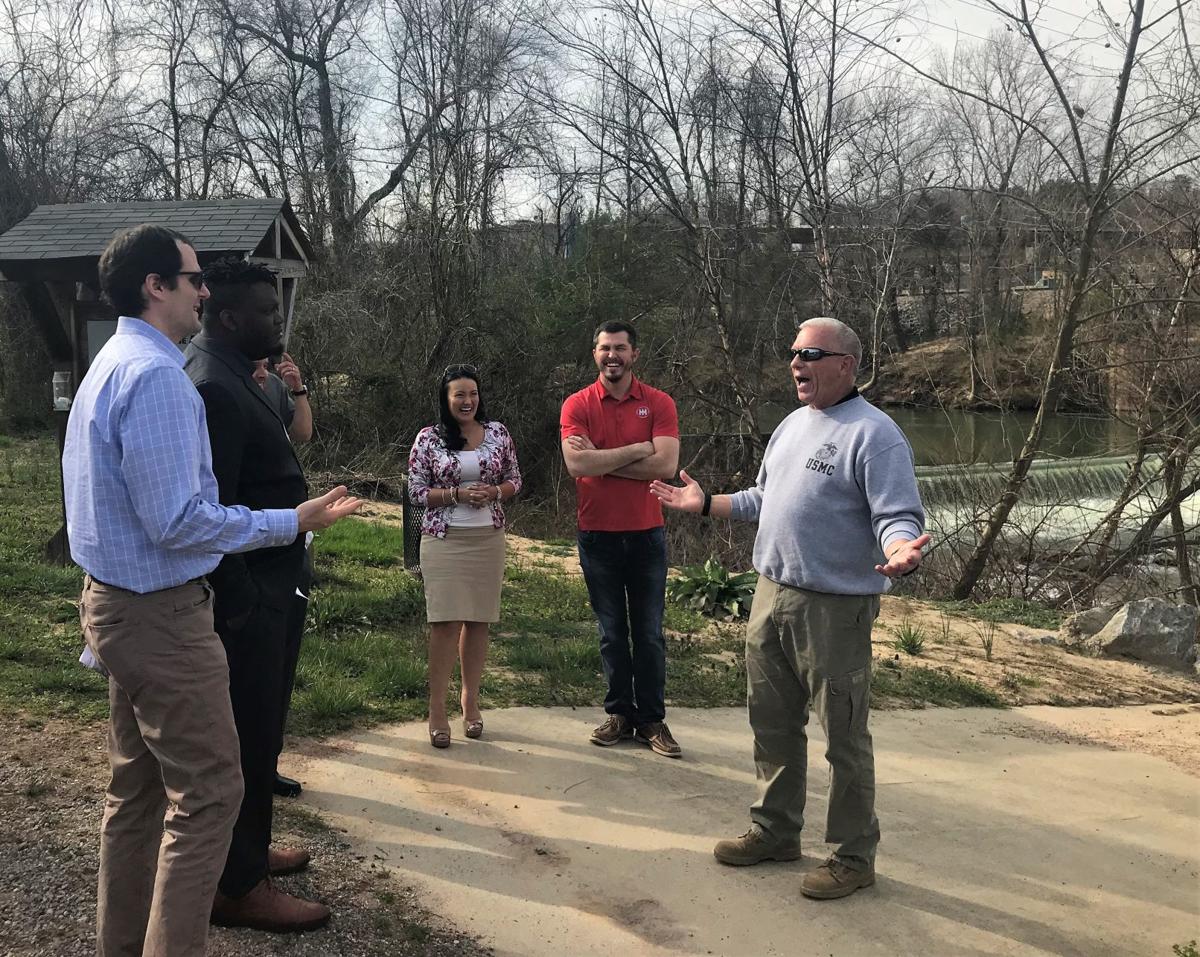 Madison Mayor David Myers shows developers and entrepreneurs the Lindsey Bridge Dam site where the town, with millions of dollars of grant money, is developing a recreational park and Dan River access point. The proposed green space would feature a pavilion, picnic facilities, nature trails and one of most sophisticated handicap access systems in the nation. 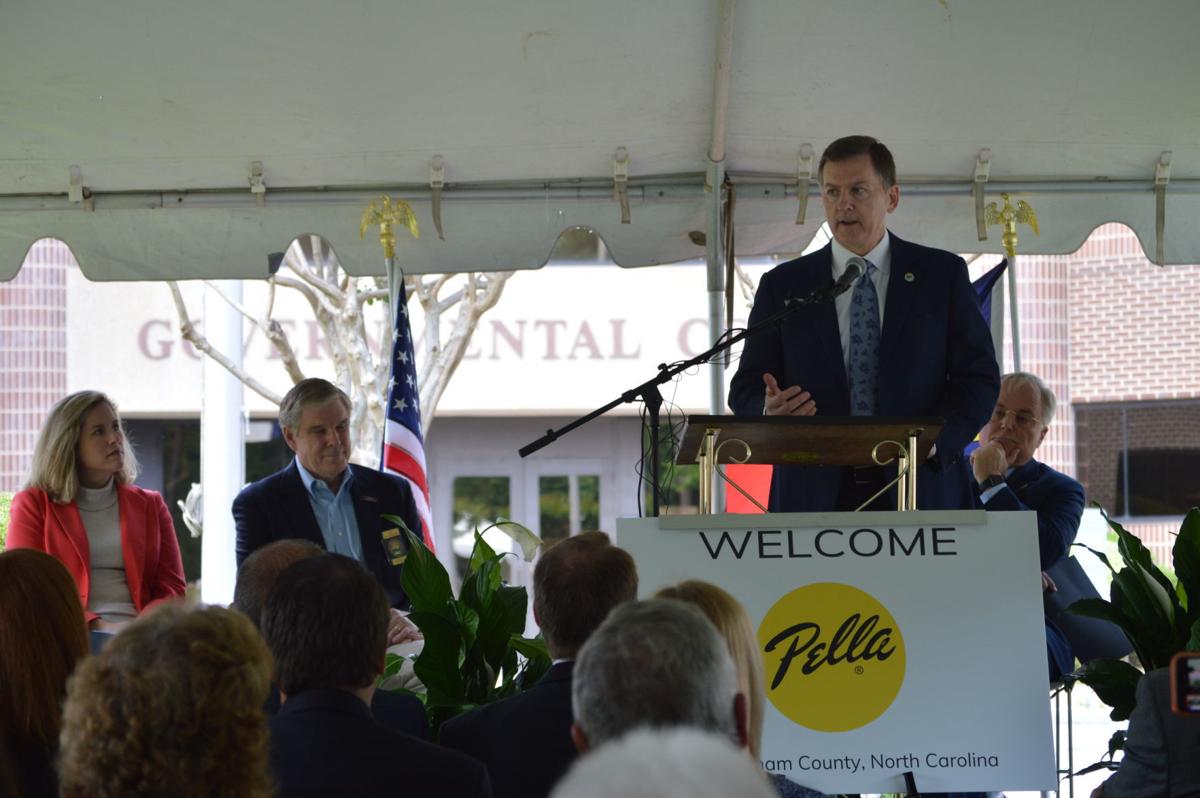 Pella CEO Tim Yaggi in May discussed the window and doormaker’s decision to invest $20 million in a regional hub in Rockingham County. 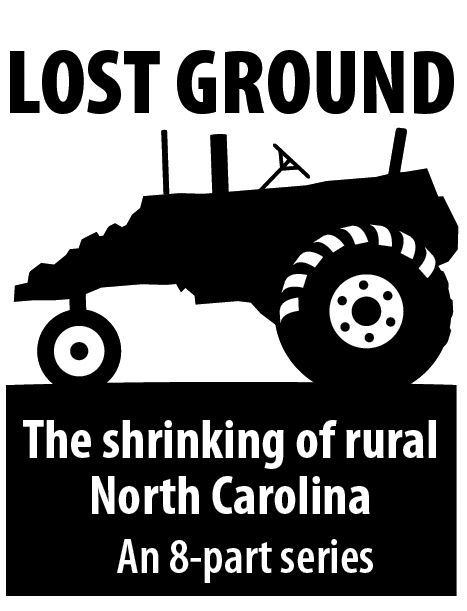 Madison Mayor David Myers shows developers and entrepreneurs the Lindsey Bridge Dam site where the town, with millions of dollars of grant money, is developing a recreational park and Dan River access point. The proposed green space would feature a pavilion, picnic facilities, nature trails and one of most sophisticated handicap access systems in the nation.

Pella CEO Tim Yaggi in May discussed the window and doormaker’s decision to invest $20 million in a regional hub in Rockingham County.

ROCKINGHAM COUNTY — Folks in one of this county’s small towns spent last week cobbling together enough money to hire a drone pilot videographer and a banjo picker to help them tout their rural burg’s promise.

In fact, nearly every municipality in Rockingham County is racing to meet an early February entry deadline for a national HGTV contest that promises a prize of a top-to-bottom town makeover.

Despite discouraging statistics that count this rural county as having lost about 3% of its population between 2010 and 2018, people here are proud and optimistic about the chance for a population, industry and tourism boom for Rockingham in the next few years.

Data already show a rebound in population, with the county now having close to 93,000 residents according to the county economic development director. That’s just shy of the 93,640 recorded in the 2010 census.

Yet, the departure of mainstays over the past decade, like textile industries, MillerCoors, and Ball Corp., has indeed depressed the economy of the county where the poverty rate of 18% is four percentage points above the state average.

Long-shuttered downtowns are slowly but surely drawing shoppers back to historic main streets in Reidsville, Eden, Madison, Mayodan and Stoneville with the additions of quaint shops, the county’s first microbrew pub, novel activities and local boosterism.

But too many handsome old storefronts remain dark as dollar stores and big-box Walmarts thrive.

Phillip Stone, however, said he sees indications for growth, both residential and commercial. Stone is a real estate agent and member of the Rockingham County Planning Board.

“It’s a highly competitive market space,” said Stone, 35, a co-owner of New Dawn Realty in Stokesdale in the county’s west. For instance, when houses priced at $250,000 and below are listed for sale, “they can go in a couple of days, if not quicker,” he said. “We’re seeing very short days on the market for a lot of properties.”

Stone has seen a trend in homeowners from Guilford County’s Oak Ridge and Summerfield communities choosing to sell and move to Rockingham County once their children are off to college. Moving a little north gives them “a little more acreage, a little more privacy, room to spread out,” he said.

Rockingham buyers also find property taxes lower than those in Guilford and Forsyth counties, too, statistics show. Rockingham County homeowners on average pay less than $800 a year in taxes, while those in Guilford County shell out roughly $1,500. In Forsyth County, the average is about $1,770.

Folks from outside North Carolina are also taking notice of Rockingham, Stone said.

“We are actually seeing people moving not from just other cities but also from other states. People from the Midwest and Northeast are coming for milder winters,” he said

Another trend local real estate agents have seen is extended families moving together — adult children and their parents choosing the region to resettle close to one another.

With 17 years in the industry, Stone said more large developers from Greensboro have begun to take serious notice of Rockingham County in the past two years, particularly along the Interstate 73/U.S. 220 corridor since its completion last year.

“Some developers are expanding newer neighborhoods and looking at commercial possibilities,” he said. “Seems like I’m having more and more conversations with people looking to do something here on the commercial side.”

The opening of I-73 means quicker commutes to Greensboro’s Piedmont Triad International Airport and easy drives to workplaces and shopping in Greensboro, Stone said.

Industry tends to court counties with access to interstates within 5 miles, studies show.

And on the eastern side of the county, its second-largest city, Reidsville, population 13,500, will see major transportation veins open up over the next 10 years. Set to begin this year is a $206 million project that will bring U.S. 29 up to interstate standards and create an interchange that connects the Greensboro Urban Loop near PTI to the Virginia state line. The work includes a 16-mile span of U.S. 29 that begins at the Urban Loop near Hicone Road in Guilford County and runs to the U.S. 158/N.C. 14 interchange in Rockingham County.

“What makes Rockingham County positioned well for future growth is our position and proximity to the Triad,” said Leigh Cockram, the county’s director of economic development. While I-73 and I-785 connect the county to major metropolitan cities, Rockingham’s “still far enough away to maintain that rural character we have and a lower cost of living and doing business,” Cockram said. “That’s very attractive and why a lot of companies choose to locate here.”

To draw industry, such as Pella, a major window and door manufacturer that invested $20 million in a new Reidsville plant last year, the county must continue to bolster its skilled workforce, too, Cockram said.

“We’re doing a lot to invest in our workforce and we know we have to stay ahead of the challenge,” she said, citing the success of a 2-year-old apprenticeship program, Rock-A-Top, which has county schools, Rockingham Community College and local industry getting kids into manufacturing settings and earning credentials before they graduate from high school.

Over the past two years, several dozen of those students have partnered with about 10 county manufacturers — from brick-makers to builders of concrete highway buffers — honing skills they need to fill a talent-starved labor market.

Program counselor Lydia Craddock with Rockingham County Schools said the program sees students through a cost-free associate’s degree in manufacturing technology from RCC and gives them the opportunity to concurrently earn a prestigious work credential — a journeyman certificate. Work-based learning on real manufacturing sites can lead to good jobs that pay about $50,000 a year, economic forecasters for the state say.

And by landing a good job with a home-county company, a young person might choose to stay in Rockingham and raise a family rather than leave for a more urban area after high school. That would be a welcome infusion to a county with an older population, where the average age is 44, community leaders agree.

Another way Rockingham County can stimulate growth is by trumpeting its natural resources for tourism, Cockram and others said. With the Dan, Mayo and Smith rivers as complements to the handsome red-clay landscape, county officials are working to brand a “Blue Way” system of various river treks, with put-in and takeout points.

David Myers, the mayor of Madison agrees. He is banking on his town of 2,200 along the Dan River becoming a top destination for people who enjoy kayaking, canoeing and laid-back shopping and dining in a cozy village.

To that end, he and other town leaders have secured millions in grant money from the N.C. Department of Environmental Quality over the past 18 months to create a recreational river landing at the Lindsey Bridge Dam site.

The project, which includes repair and restoration of the dam along the Dan, includes establishing weirs to protect an endangered fish species. The final project would increase handicap access to the waterway, restrooms and other amenities.

Myers and downtown developers in Madison are hopeful boaters will row downstream to a takeout point along Water Street at the easternmost end of town and then come in to the historic downtown to enjoy a cold microbrew, coffee or boutique shopping.

“Quite frankly, not many other places have as many of the resources as Rockingham County has been blessed with,” Cockram said. “We’re very optimistic.”

Susie C. Spear is a staff writer for RockinghamNow. She can be contacted at 743-333-4101 and follow @SusieSpear_RCN on Twitter.

North Carolina is growing rapidly — almost 850,000 new residents since the 2010 Census — but that growth is not shared evenly. Many counties are losing people, along with jobs and opportunity. This series examines the reasons for that decline.