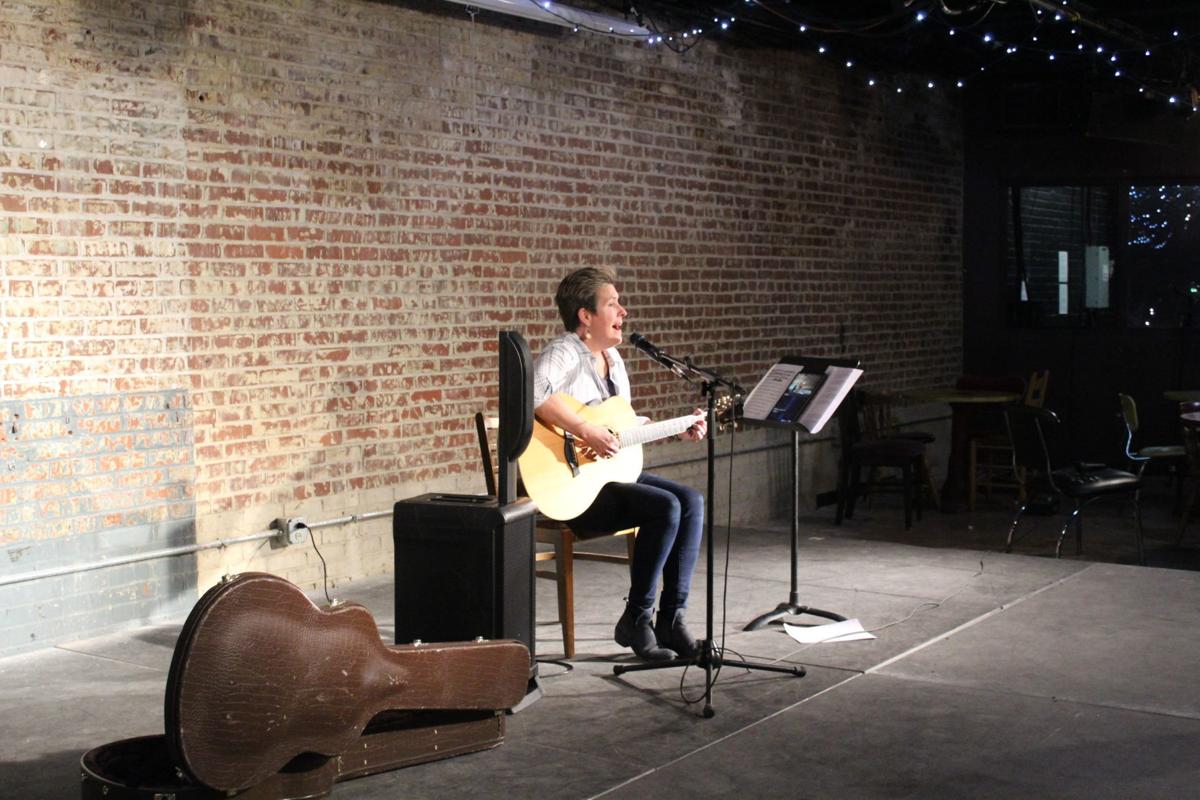 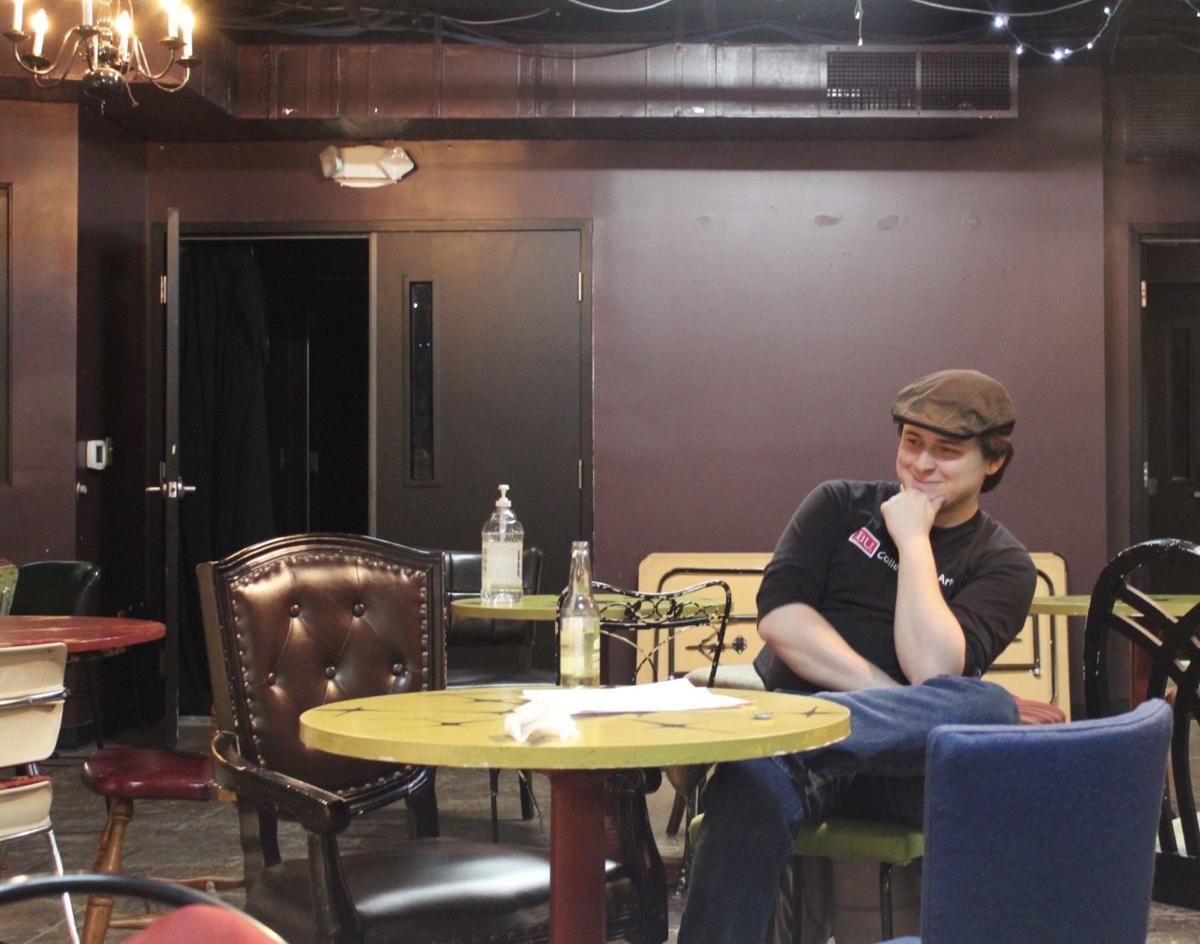 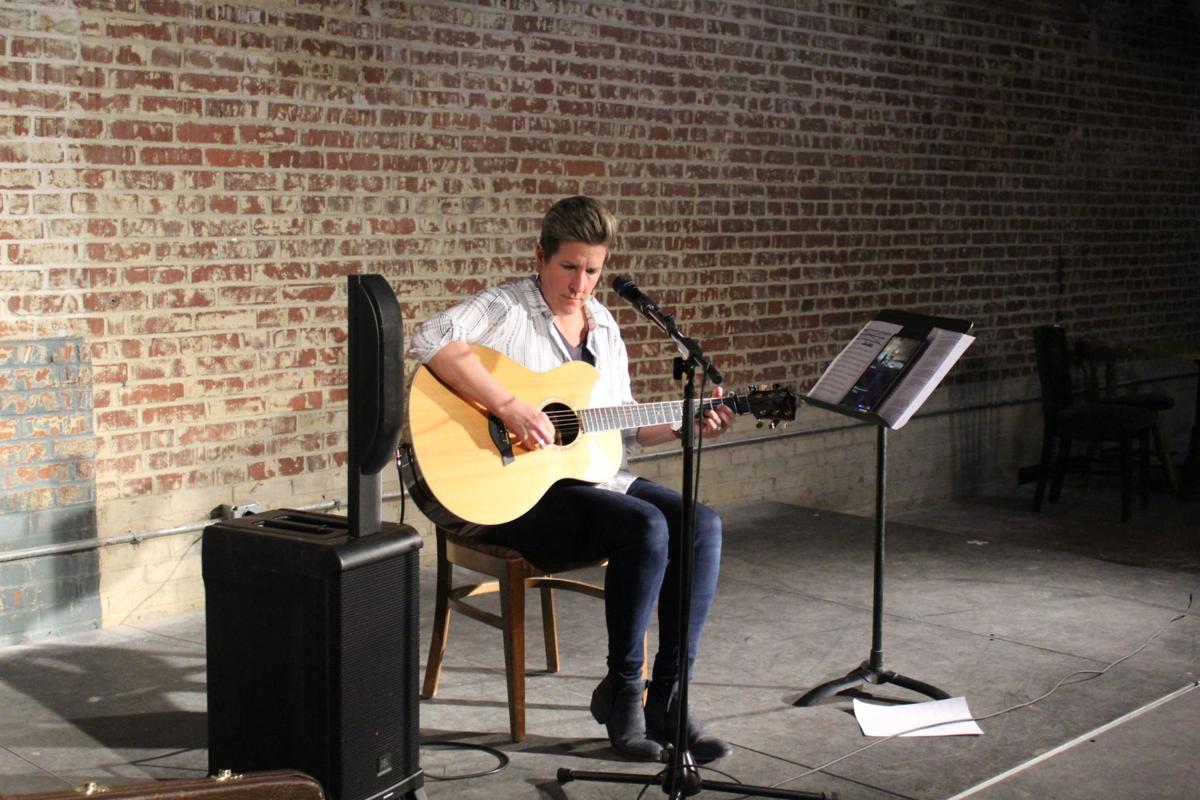 GREENSBORO — Singer/songwriter Lyn Koonce played her Sunday night concert to a full house in the UpStage Cabaret of Triad Stage.

The rest of the audience joined online from around the city and the United States — even from Europe.

Had they all shown up, “We would have had to turn people away,” said Preston Lane, producing artistic director of Triad Stage.

The concert was part of the free Facebook Live streaming series that the downtown professional theater has started to broadcast on the Internet during the coronavirus pandemic.

Like other arts venues and organizations worldwide, Triad Stage has temporarily stopped productions and closed its doors to try to prevent the virus from spreading.

The theater illustrates the challenge that visual and performing arts organizations and artists face. They have lost gigs, sales, fees and other income-producing activities.

Artists also worry about the effect of the artistic drought on audiences, who rely on live music, theater, dance and visual arts to stretch the mind and soothe the soul.

”I think they feel a lack of connection and community, a void or a sense of loss,” Koonce said. “I know I do. So much of my inspiration comes from seeing live performances.”

So naturally, artists have gotten creative.

Like Koonce, many seek other ways to continue their art for a virtual audience.

“I was feeling a sense of urgency to do some kind of concert online as gigs had been cancelled for the foreseeable future,” Koonce said. “Playing and performing music helps me feel like I’m doing something from my corner of the world that could be uplifting to someone else.”

Even with Guilford County issuing a stay at home order effective at 5 p.m. Friday, many performers can still send their home performances to online fans.

That’s what Koonce plans to do.

Triad Stage has felt the impact of lost revenue from putting its theatrical productions on hold.

Last week, Lane laid off two-thirds of his 26-member staff.

He had to cut the budget of his nonprofit organization so that it could stay afloat with little income.

“To tell them I no longer had work for them was the most difficult thing I have ever done in my life,” Lane said in a video message to patrons.

He and others fear what an extended lack of income will mean to an arts sector that often has struggled financially.

“We are not certain of what income will be coming in the next month — or until the situation improves — and that could be devastating,” Lane said.

But she advertised her Venmo handle (@Lyn-Koonce) in case people wanted to tip through the mobile payment service. “Several did, which I so appreciated,” Koonce said.

Before the stay-at-home order was issued, the Carolina Theatre had announced that it, too, would start virtual programs.

It would host virtual open mics, post downloadable activities and create virtual tours for adults and kids, and host livestreams and watch parties of pre-recorded shows.

With the stay-at-home order, some plans will have to evolve, said Gigi Galdo, marketing assistant for the historic downtown theater.

“But barriers, censorship and cultural restraint have always pushed artists past their creative limits,” Galdo said. “I look at this as an opportunity to get innovative.”

“We want to connect with the people we usually see at our shows a few times a week,” Mashburn said. “It’s our hope that they need us still as much as we need them. Our viewers and supporters are literally allowing us to carry on musically through this.”

Art museums have closed for now, but many have their collections online.

UNCG’s Weatherspoon Art Museum’s art can be found at weatherspoonart.org/collection.

Dance Project, which teaches in the downtown Greensboro Cultural Center, normally would have been preparing this week for Saturday’s Dance Marathon. The 12-hour marathon would have featured free dance classes and performances and the chance to win prizes.

The Greensboro Cultural Center is closed for now. Like Dance Project classes and everything else, the marathon has been postponed indefinitely.

The financial effect is big, said Anne Morris, who leads the nonprofit organization with Lauren Joyner. They had aimed to raise $15,000.

The effect goes beyond financial. “The Dance Marathon is a big way that we engage with our community, and the loss of that connection is one we’re feeling heavily,” Morris said.

Dance Project teachers now record mini-classes from home and offer them for free at danceproject.org/dance-at-a-distance.

At Royal Expressions Contemporary Ballet, founder Princess Johnson has moved the school online for her current students, who continue to pay tuition.

Johnson and her teachers also created a free Dancing Dreamers You Tube video for the public. On Wednesday, she streamed a free class on Facebook Live and Instagram Live, that she recorded with her phone and laptop.

“I’m glad that we can survive this pandemic because of technology,” Johnson said.

On the Facebook page for Community Theatre of Greensboro, Bria Jeffreys taught a dance routine from her Raleigh home.

Youth Strings program Conductor Heather Lofdalh sent players You Tube videos to guide their practice. Students submitted recordings on SmartMusic of themselves playing their measures, so that Lofdahl could check.

Feldman conducted a rehearsal through Zoom.

He split the rehearsal into two groups, strings and woodwind/brass/percussion, and rehearsed an hour with each.

“I essentially run the rehearsal as if we were together in the same room,” Feldman said. ...”It’s not ideal, of course, but it’s as close as we can get to a communal rehearsal.”

The orchestra had hoped to play the rehearsed piece, “Symphonic Dances from ‘West Side Story,” at a May 10 performance with Greensboro Symphony musicians at the new downtown Steven Tanger Center for the Performing Arts.

But the Tanger Center’s opening and the concert have been postponed. Feldman hopes that it will happen later in the spring.

“In the meantime,” he said, “it at least keeps us making music.”

On Monday, the theater broadcast a yoga class. On Tuesday, it showed a table reading of Shakespeare’s “Much Ado About Nothing” by Greensboro’s Goodly Frame Theatre. Singer and multi-instrumentalist Dan Ray performed on Wednesday from his home studio.

Several more performances are scheduled in coming days, although they likely will have to perform from home.

But like other artists and arts organizations that seek support, Lane hopes that patrons will support Triad Stage financially so that it survives. The 2020-21 season will mark its 20th anniversary season.

When he laid off much of his staff last week, Lane said, “I also told them that I was going to do everything in my ability to make sure that we came back, that Triad Stage survived for our 20th season and 20 more beyond that.”

Performers live to perform. And they prefer to have people to perform to. But with all the c…