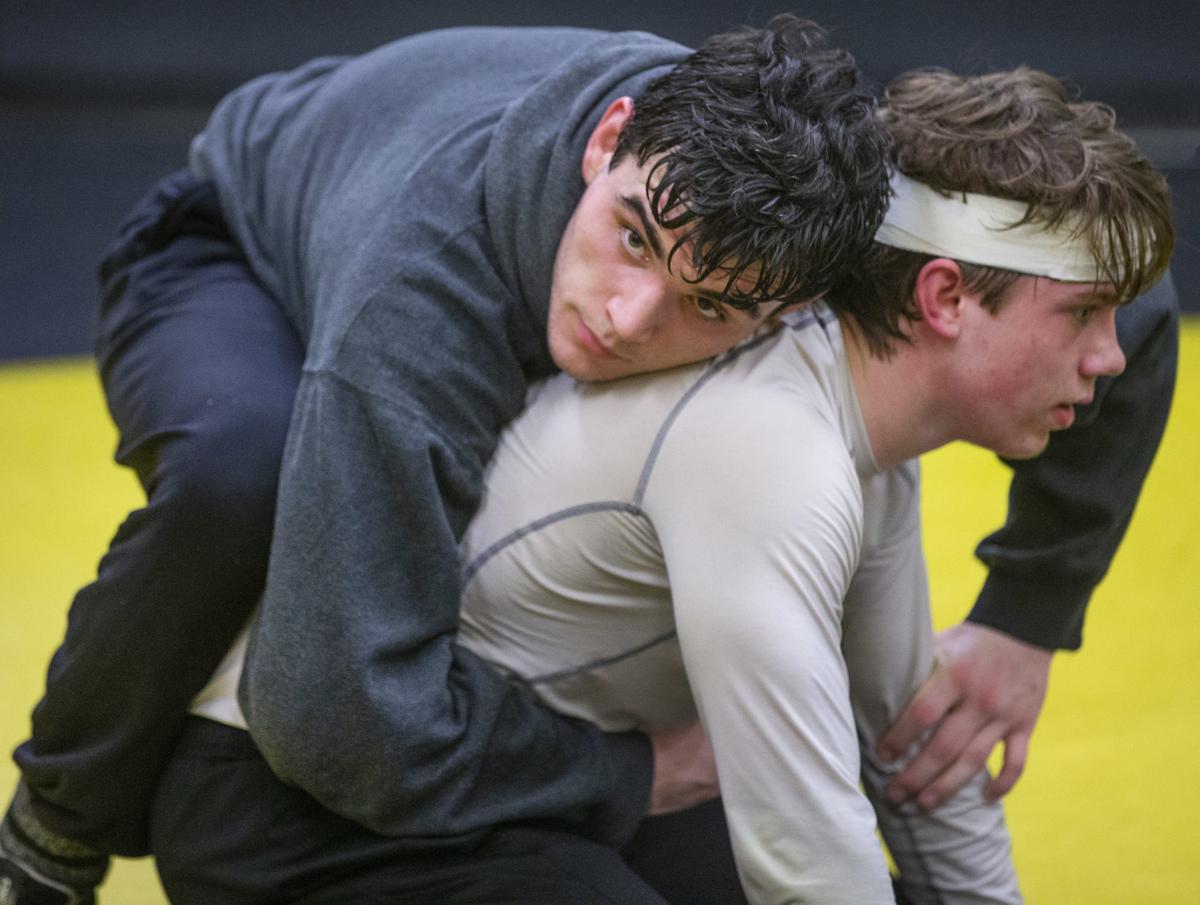 Western Guilford wrestler Charles Swiggett (top) is unbeaten this season after finishing second at 195 pounds last season in Class 3-A. 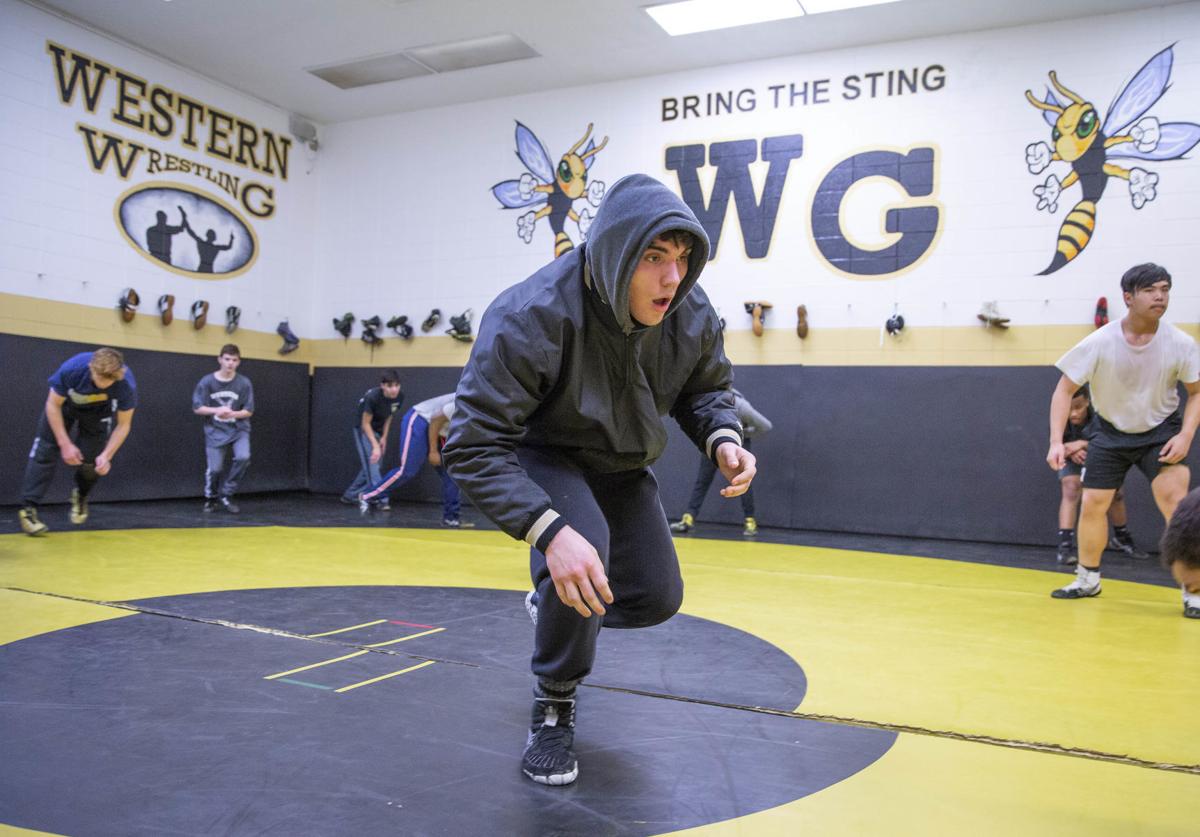 Western Guilford senior Charles Swiggett warms up during a practice session in the Hornets' wrestling room.

Western Guilford wrestler Charles Swiggett (top) is unbeaten this season after finishing second at 195 pounds last season in Class 3-A.

Western Guilford senior Charles Swiggett warms up during a practice session in the Hornets' wrestling room.

Charles Swiggett reached the NCHSAA Class 3-A final last season at 195 pounds and is unbeaten as he rolls through his final season as a high school wrestler competing for Western Guilford. A senior attending the Middle College at UNCG, Swiggett plans to continue his wrestling career at the college level and will wrap up his high school athletics career competing in track and field (shot, discus, sprints) for the fourth year in the spring.

High school goals: “Going into high school I didn’t really have any goals because I didn’t have that mindset quite yet. I’ve kind of developed them in the latter half of my high school years. I’m going to try to graduate with a Service-Learning Diploma and all A’s and B’s. I’m trying to have at least a 3.5 GPA, which is where I’m at right now. Other than that I just want to go out and ball out.”

Life goals: “Be happy, do what I want and not have to live under someone’s rule. I don’t want to have to depend on anybody or anything.”

Role model: “I have a couple. My dad is definitely one. When I was going through middle school he was going to college online through Phoenix University. Every night he would be up doing schoolwork after a long day of work. The other is my coach (Bobby Lloyd at School of Hard Knocks Wrestling Club in High Point) because he’s an outgoing person, but he doesn’t let people take advantage of him. … He’s done a lot to surpass his own limits.”

On attending the Middle College at UNCG: “It’s definitely different. I’ve always kind of gone to smaller schools and it’s smaller. It’s kind of tight-knit where you know everybody. Here (at Western Guilford) you know people, but you don’t know the entire school. Where I go you literally know the entire school. … You get to know your teachers a lot more and it’s a more intimate experience.”

College team: “I don’t really have one. I don’t watch college athletics, which some people think is weird, but I never have.”

Sport (other than wrestling): Football

Phone app: Safari. “I can go on there and look up cooking stuff, TV shows, anything.”

High school memory: “I was driving … to the buses on UNCG’s campus. My friend was sitting beside me and we saw another friend walking who was going to be late to the buses. He had the great idea to jump into the back of my truck as I’m driving. He swan-dived into the back and it was so funny.”