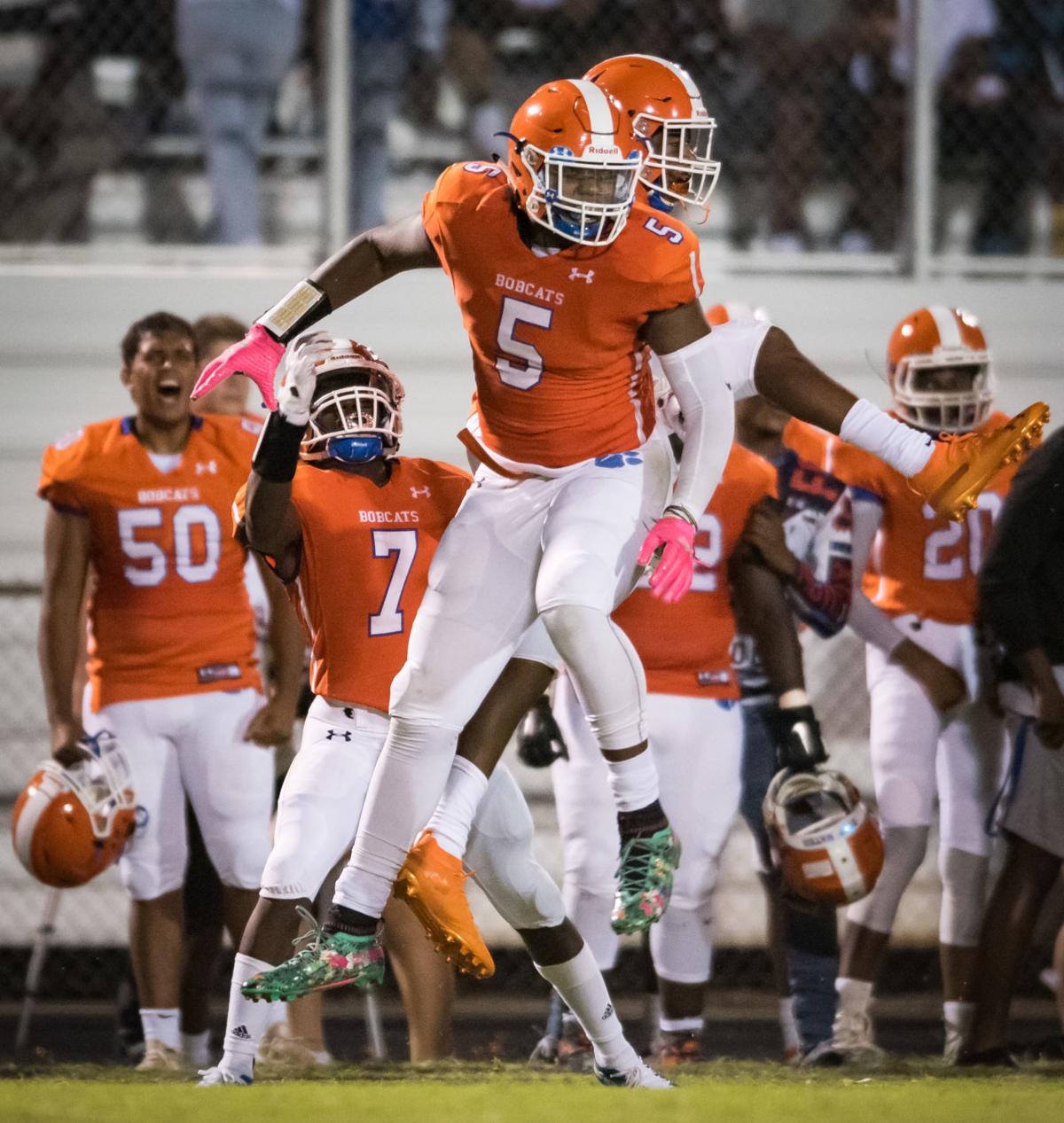 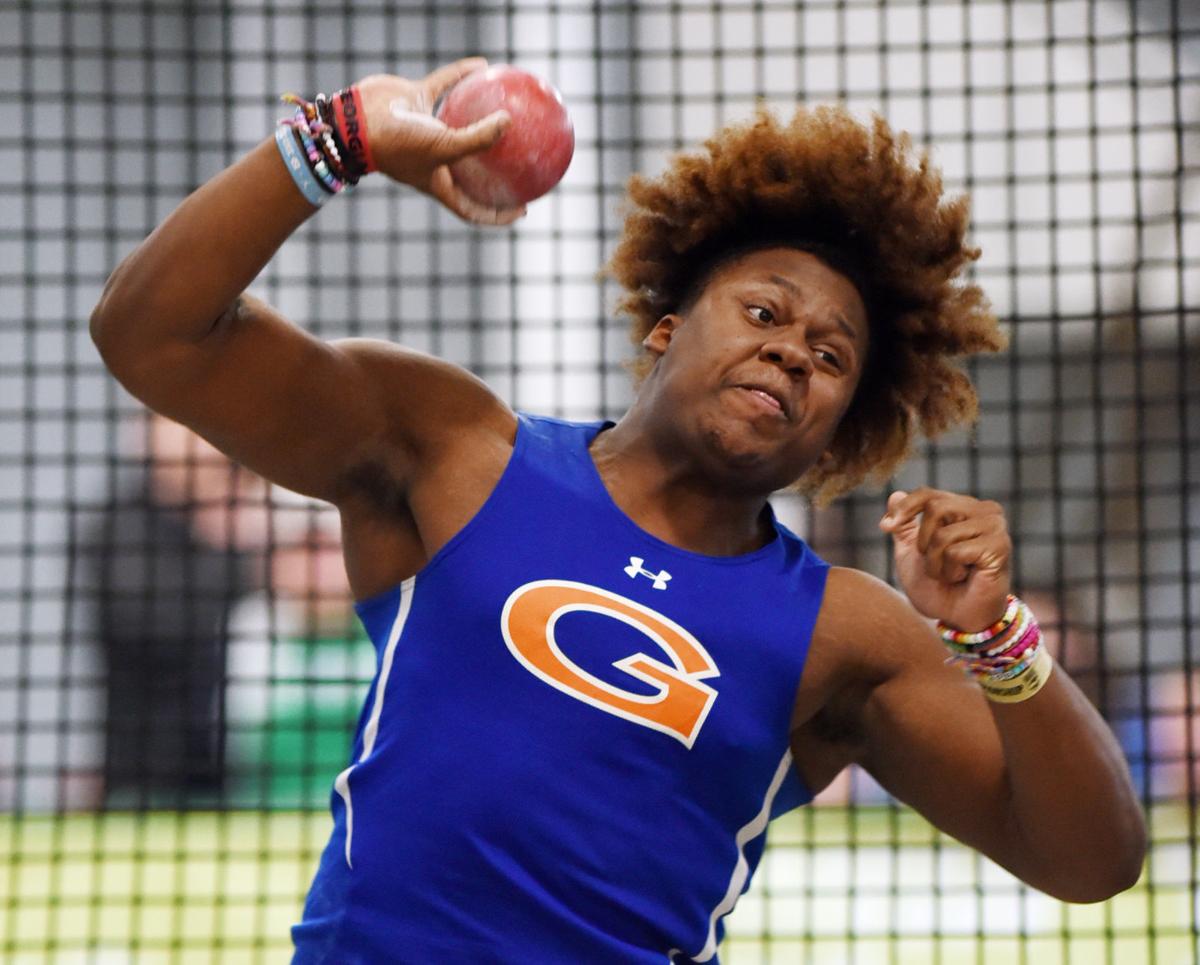 Ritzie is also a standout on Glenn’s track and field team.

Ritzie is also a standout on Glenn’s track and field team.

Three or four weeks ago, Jahvaree Ritzie arrived at a conclusion.

It was the product of what the 17-year-old standout defensive end with the Glenn football team described as a two-hour conversation with his mother, Kindra Ritzie-Worthy. Out of that deep talk, she said her son was able to fulfill his "forever dream" — the chance to play at the next level and a college program with the proper fit.

That conversation led to Ritzie, rated a 4-star prospect by 247Sports, verbally committing to North Carolina during an announcement live streamed via Instagram on June 12 from his home in Kernersville. After a brief introduction video played, the 6-foot-4 and 265-pound rising senior rose from his seat behind a table in his backyard and briefly turned away from the camera. The bottom of a powder blue shirt poked out from underneath a dark outer layer he wore as a concealer — his choice out of five top programs released roughly two months ago, which included South Carolina, Georgia, Ohio State and Tennessee.

And Ritzie hadn't held a role on a defensive line until two seasons ago when he joined the varsity program at Glenn under Coach Antwon Stevenson. He said it was a slight adjustment, but the work ethic Ritzie-Worthy instilled in her son — beginning with a push to play football and compete in track and field more than a decade ago — certainly prepared him for a new challenge.

"I'd say my mom, she always pushed me when I was younger," said Ritzie, who amassed 30 Division I scholarship offers prior to picking Mack Brown's Tar Heels. "Ever since I was like 5 — I started doing track and football. She just said, 'Just keep pushing. Keep going.'

Ritzie-Worthy, a former heptathlete at SUNY Brockport, got Ritzie to take up track and field at age 4 and he said his initial affiliation with an AAU team was Piedmont Athletic Club under Antwan Hughes — the current indoor and outdoor coach at Parkland. Ritzie said his first events included the 100-, 200- and 400-meter dashes. He later joined the Tri-City Relays Track Club and Winston-Salem Roadrunners.

As a 9-year-old, he took a pause from running to focus on throws because of a growth spurt. He even competed in 2012 at the AAU National Junior Olympics Championships in Texas. Ritzie began playing youth football at age 5 with the Winston-Salem Tiny Indians, later transitioning to the Kernersville Raiders, South Fork Panthers and Forsyth County Broncos. He was an "athlete" — a quarterback even back then, Stevenson noted.

Ritzie said he now competes in three relay events along with the 200-, 400-meter dashes, discus and shot put. And Ritzie-Worthy knew the commonalities between both sports.

"One sport you should have, you should have track," said Ritzie-Worthy, who is now the track and field and cross country coach at Glenn. "That's the foundational sport. And then, you know, track and football go hand-in-hand because you think about the mechanics, you think about the reaction of your muscles, your footwork and things of that nature.

"And I just realized those are the two sports that just align. So that was part of the reason where I was like, 'Son, you can play any sport — like basketball, I don't have an issue with you playing pickup games here and there — but the two sports you are going to continue to be a part would be football and track.'"

Ritzie's move to the defensive line came after the 2017 season on the Bobcats' JV team, in which Stevenson said he was a quarterback and linebacker. According to Stevenson, the coaching staff was aware of his athletic ability — a sprinter who was also a standout thrower.

And that boded well for explosiveness off the edge of the line. He racked up 69 tackles, including 19 for losses, along with a forced fumble and six sacks this past season — his second on the defense, which boasted names like Charlotte signee Desmond Morgan, fellow Carolina commit Raneiria Dillworth and Jahaad Scales, a 3-star prospect playing at defensive back.

According to Ritzie-Worthy, Ritzie and his 15-year-old brother, Jahnaul, have been working out twice-a-day this summer. Ritzie-Worthy laughed, commenting she's hands-off. She just fields her sons' requests for additional training equipment — speed ladders, cones and banana hurdles.