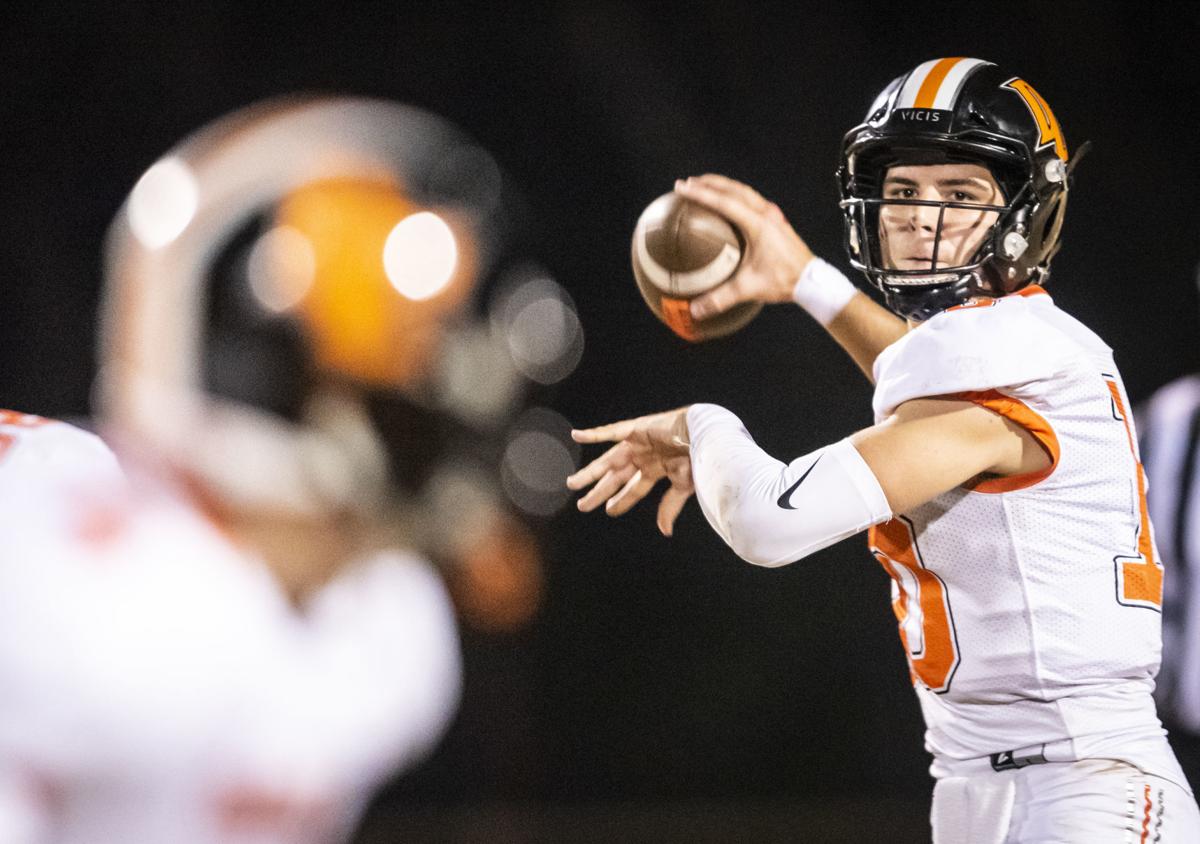 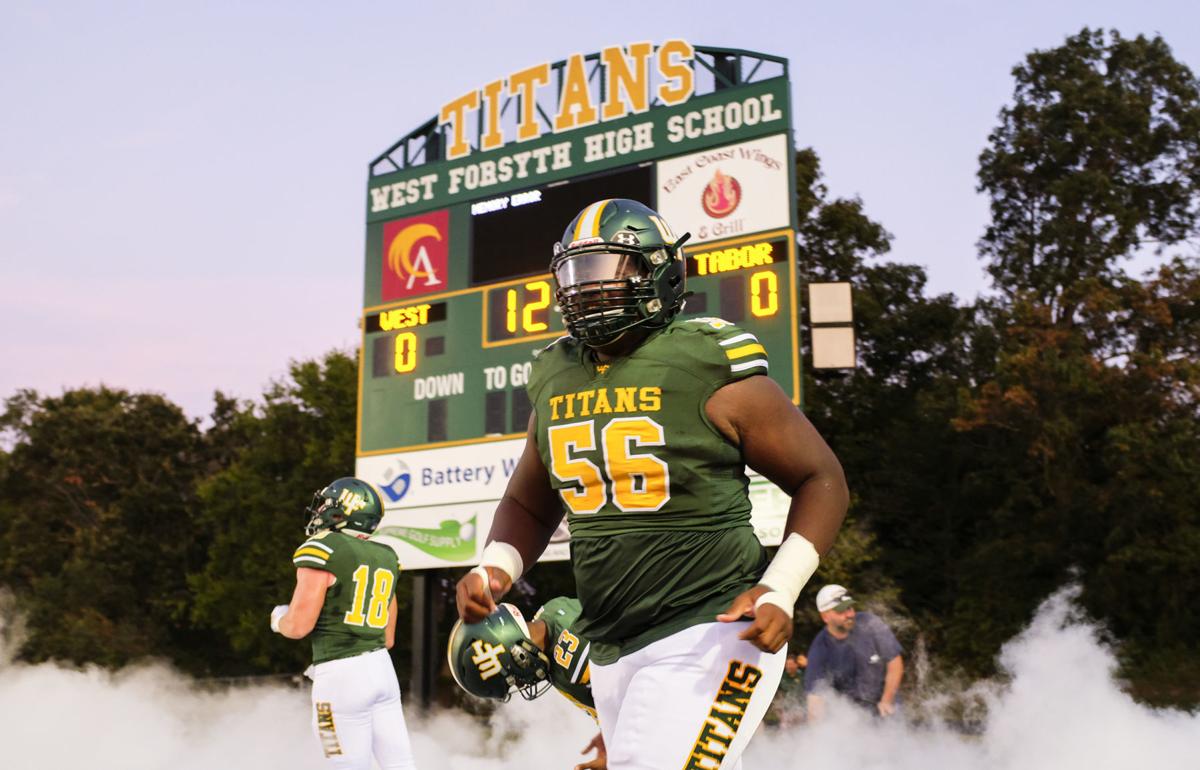 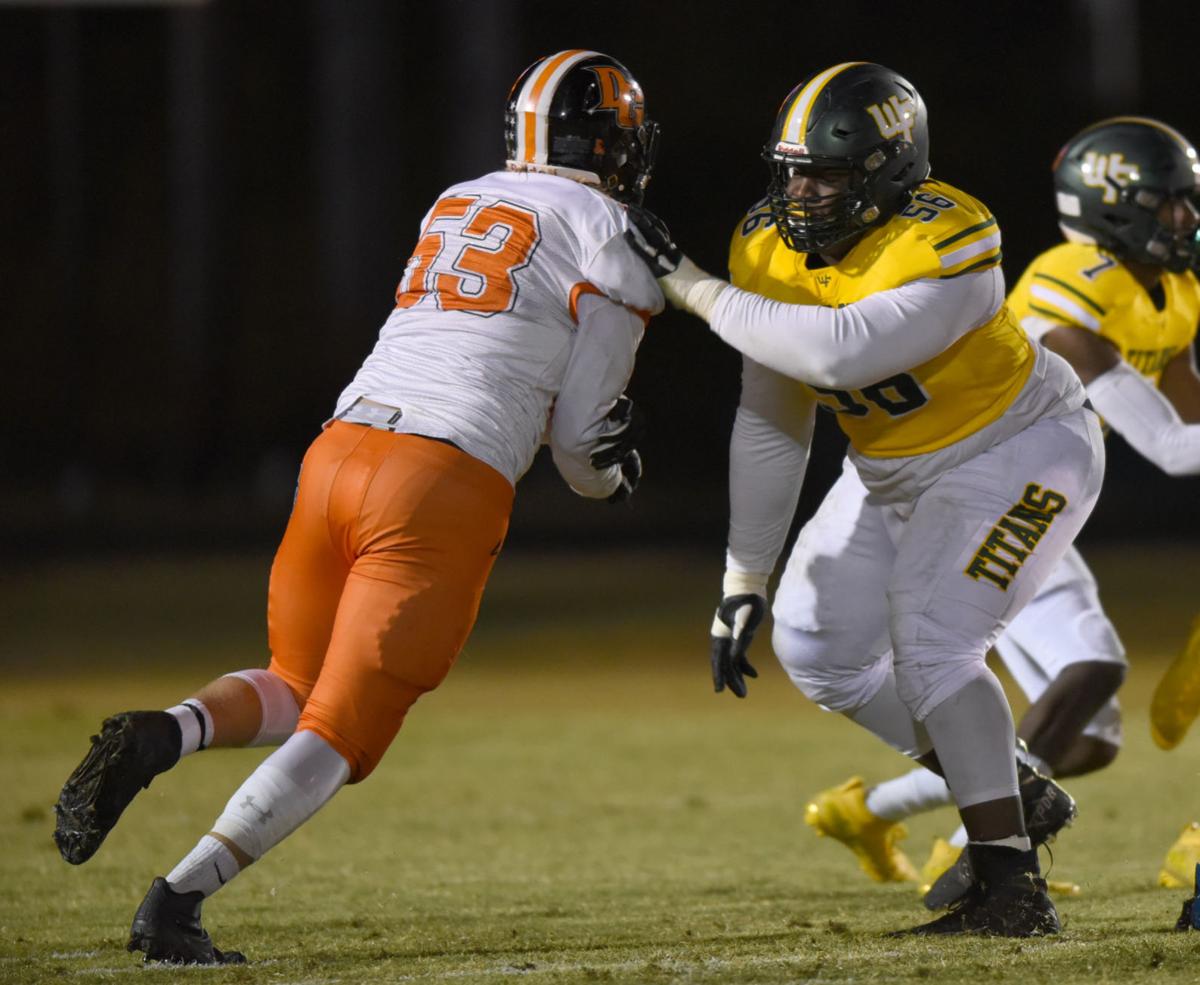 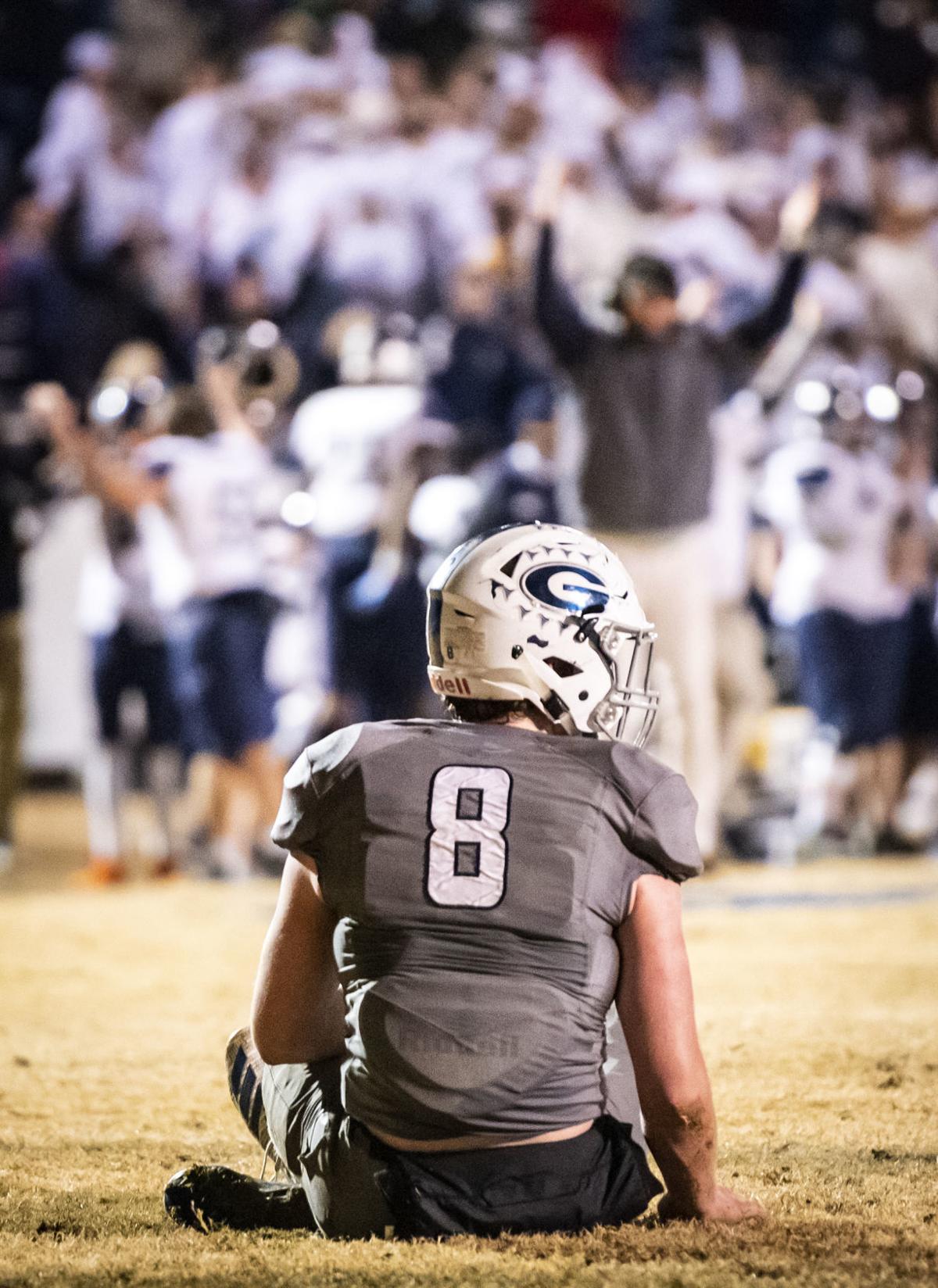 Grimsley junior tight end Lawson Albright (8) reacts after the Whirlies fumbled the ball on an attempted two-point conversion on Dec. 6 in Greensboro.

Grimsley junior tight end Lawson Albright (8) reacts after the Whirlies fumbled the ball on an attempted two-point conversion on Dec. 6 in Greensboro.

Nate Hampton, in the stretch of a few weeks, has racked up plenty of screen time.

On a normal day, the 6-foot-6 and 230 pound rising senior quarterback with the Davie County football team devotes two or three hours to fielding phone calls and messages from Division I coaches. Hampton, rated a 3-star prospect per 247Sports, said that includes text exchanges, and even FaceTime video streams that include his father, Ryan, and mother, Lori.

"I've been on the phone like crazy," said Hampton, who since May 2019 has earned 20 Division I scholarship offers — West Virginia, Kentucky, Appalachian State and Charlotte included. "It's been pretty time consuming, but it's been fun and I've definitely enjoyed it."

College recruitment hasn't halted for Hampton and an array of highly-sought prospects throughout the Piedmont Triad. But the coronavirus has posed its challenges — in particular, the NCAA's move to impose a dead period on in-person recruiting until the end of May. Of course, these days, the extent of interactions between coaches and high school standouts includes those video streams, texts, Twitter messages, emails, and phone calls that line Hampton's daily routine.

And training never ceased despite social distancing and Governor Roy Cooper's state-wide, stay-at-home order issued on March 27. But the extended dead period, which the NCAA handed down April 1 and lasts through May 31, has halted any hope of in-person assessment by college coaches — crucial, especially at quarterback, Hampton said. The FBS evaluation period was originally set to kick off April 15, and stretch nearly a month and a half.

"Recruiting, it's been tough. It definitely hasn't been anything easy," Hampton said. "... You know, last time, it wasn't a dead period and a lot of those schools were able to come out and see me throw. I picked up about 10 offers then.

"It's definitely hurt in that way. But it's also picked up as well."

Hampton, however, found a supplement. He posts footage of offseason practices to social media — depicting anything from short passes to long throws, which even display his footwork.

That included his Sunday workouts near the Queen City. According to Hampton, he trains weekly in Cornelius with Sean McEvoy — the founder of Premier Quarterback Training out of Georgia. Occasionally, that includes practices with Anthony Boone of QB Country at the Mecklenburg County Sportsplex at Matthews.

Hampton uploaded two videos to Twitter on March 10. A compilation of several workouts garnered 10,000 hits. Another amassed more than 4,600. Hampton tasks his trainers — even Ryan and Lori — to shoot the videos.

"This has definitely been critical to my recruiting, and I had a lot of schools reaching out after I posted those," said Hampton, who threw for a school-record 3,295 yards and 22 touchdowns in just his second season as a starter in 2019. "And then some of those schools were saying, 'We love seeing that, you know, since we can't get out to see you throw live. This was huge for us.'

"Some of those schools now are coming back to me after I posted those — Georgia reached out, Iowa State, Hawaii, there was an assistant from (Alabama) that texted me. … I saw just kind of the reactions from posting those two. And then I asked some of those other coaches if they want me to keep doing that and they said, 'Heck yeah. That's crucial for this time right now.'"

Hampton's inability to tour campuses has been a hurdle as well. He said several programs discussed staff calls via Zoom, the video conferencing website. According to Hampton, East Carolina passed along a virtual tour of its football facilities.

“They send a lot of virtual stuff, like tours of their weight room and their practice facilities," said Greensboro Grimsley tight end Lawson Albright, a 3-star recruit with 15 Power-5 offers. It’s a lot more FaceTiming and Zoom meetings with coaches.”

“I did a decent amount of FaceTiming and video calling (before), but now it’s all amped up.”

And Wilson's unofficial visits to Ohio State and Georgia, originally scheduled in late March, were canceled. Micah Crowell, the 4-star wide receiver from East Forsyth with more than 30 offers extended by Power-5 programs, said an "overnight visit" to Wake Forest was pushed back to likely early June.

"I would imagine it has affected tons of prospects around the country, with all this happening," said Wilson, who verbally committed to North Carolina on Friday afternoon alongside Glenn linebacker Raneiria Dillworth via live stream. "Now they've got to reschedule and push everything back, and they probably had a set (commitment) date. You know, all their five officials and then they commit — but now they have to push everything back.

"You don't have a timetable on when this is going to blow over or when you can start taking visits again."

Hampton agreed the coronavirus has expedited the recruiting process — especially at quarterback. He noted pressure from several programs to make a choice.

Hampton described a few commits as "kind of freaking out."

"What they'll say is, 'Hey you're at the top of our board for quarterbacks, and you're our No. 1 guy," Hampton explained. "They've offered four or five but you're the No. 1. … So if the No. 3 guy is calling, then that coach is going to call No. 2 first and say, 'No. 3 is calling to commit, it's either you right now or he's going to get it.'

"You know, most schools are only going to take one quarterback. After that, it just kind of wraps up."

Hampton said a date to announce a commitment is "kind of up in the air." Previously, he mulled a decision in July or possibly August 26 — his 18th birthday. He said there's a slight chance he may prolong committing until the end of his senior season.

He's not looking to make a choice without visiting campuses. Albright couldn't foresee that occurring, either. Crowell said he has a loose plan to commit around June 5 to 10.

"Especially with this whole (coronavirus), you know, I haven't been able to take the visits that I usually do," Hampton said. "And not being able to do that, I don't want to commit to a school I've never visited."

Joe Sirera, a reporter at the Greensboro News & Record, contributed to this story.