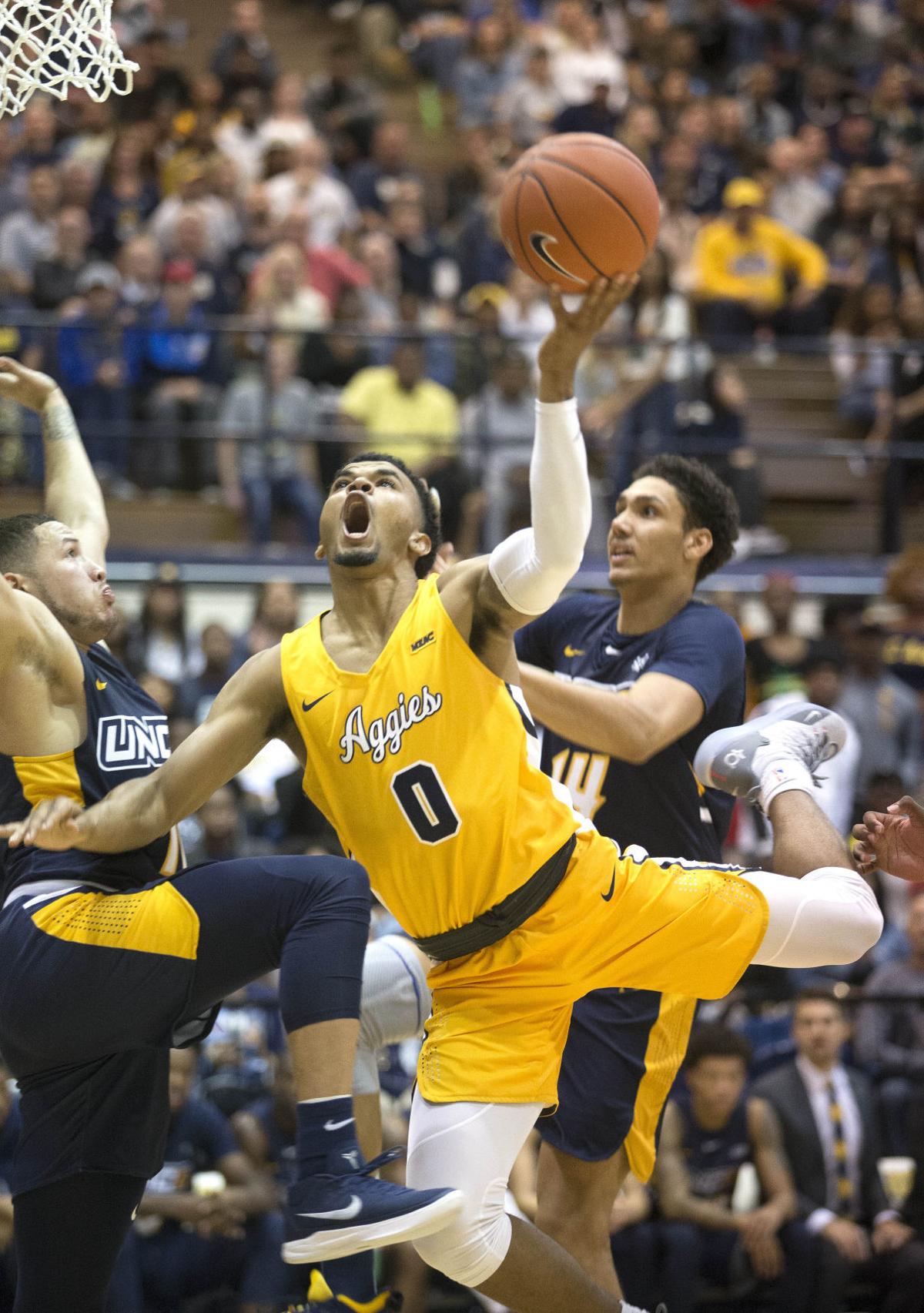 How to watch: not available

Notable: A&T comes in on a three-game winning streak, and 3-1 under interim coach Will Jones, after a 91-53 blowout victory at Maryland Eastern Shore on Saturday. … 6-foot-8 senior forward Ron Jackson averages team-highs of 13.6 points (8th in MEAC) and 9.1 rebounds (2nd in MEAC) per game. … Junior point guard Kam Langley ranks 31st in the nation with 93 assists, leading the MEAC at 5.5 per game. … A&T senior guard Andre Jackson averages 6.9 points, but 14.0 points during the three-game win streak. … Guard Tyler Maye averages 10.2 points, but 14.5 points in the four games since Jones took over. … Delaware State comes in off a 68-66 victory at home over N.C. Central on Saturday, its first win over a Division I opponent this season. … Del State’s John Crosby, a 6-foot-3 guard, is the MEAC’s leading scorer, averaging 21.8 points per game. He hit a game-winning shot at the buzzer against Central as the Hornets rallied from a 15-point halftime deficit. Crosby finished with 18 points in just 23 minutes (foul trouble). … Del State will be ineligible for the 2021 MEAC basketball tournament as part of sanctions for poor performance in the NCAA’s Academic Progress Rate, the school announced Thursday.