N.C. State catcher Patrick Bailey has outstanding defensive skills and was on his way to a terrific junior season with a team-leading six home runs and 20 RBIs while batting .296. The switch-hitter was the ACC's freshman of the year in 2018 and followed that up by hitting .288 with 10 homers and 40 RBIs and committing just five errors in 476 chances in 2019. Bailey was the HSXtra.com All-Area Player of the Year in 2017 at Wesleyan Christian Academy. 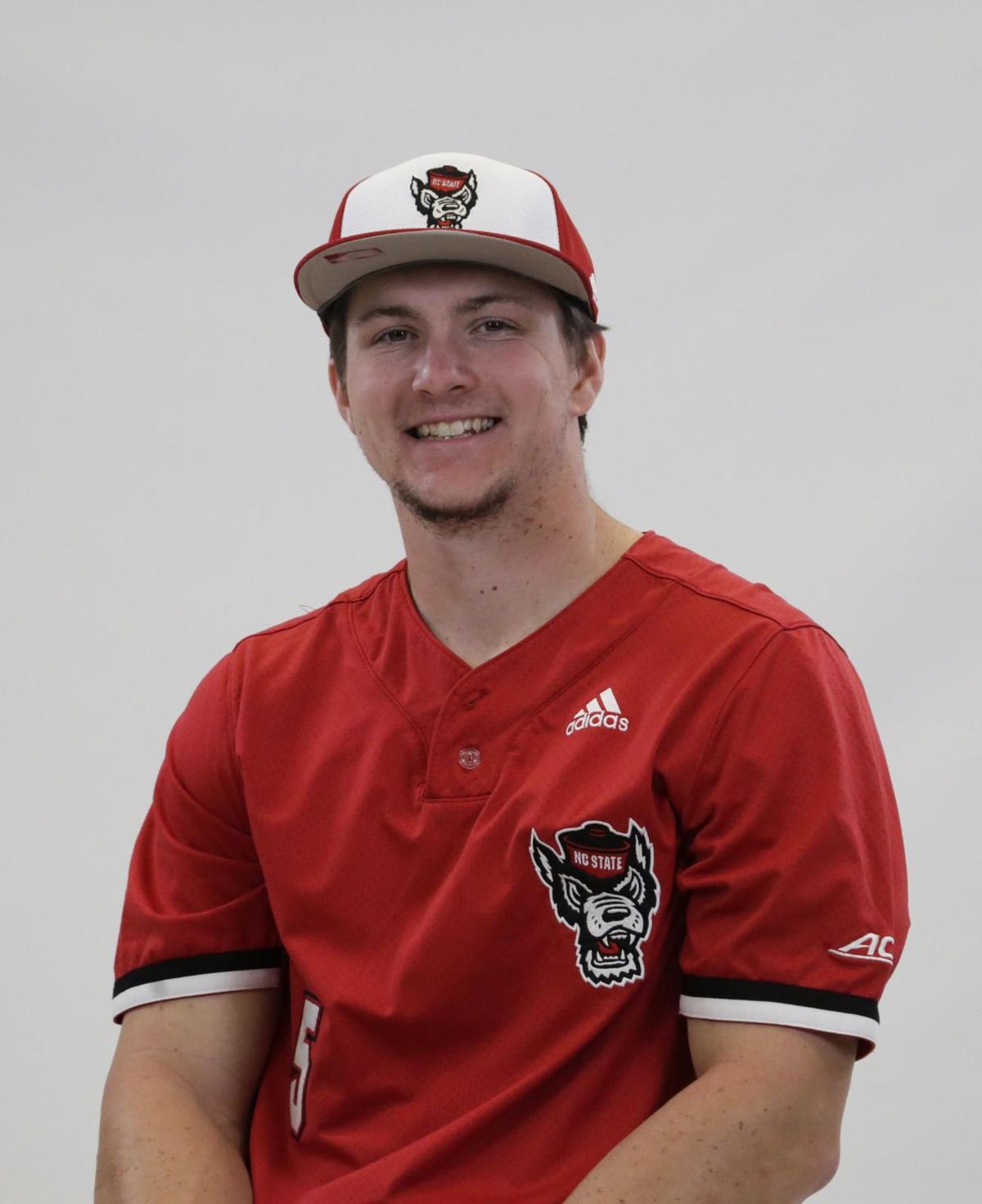 Greensboro’s Patrick Bailey, a former Wesleyan and N.C. State standout, was selected No. 13 overall by the San Francisco Giants on June 10 in the Major League Baseball draft. Bailey and former Wolfpack teammate Nick Swiney, a pitcher who was drafted in the second round by the Giants, plan to fly to the club’s spring training complex in Arizona "in the next couple of weeks" to take their physicals and sign contracts.

The switch-hitting catcher was part of a Zoom conference this week, along with Swiney, to talk about what’s ahead with professional baseball on hold because of the COVID-19 pandemic.

Here are the highlights of what they had to say:

On being drafted No. 13 overall:

“For me it’s a dream come true and I’m just ready to get back going whenever we can.”

On what he’s been doing since the draft:

“Me and my fiancée just got a place out in Holly Springs. I’ve been hitting with (former N.C. State player and current Giants minor-leaguer) Will (Wilson) a little bit and working out to stay in shape, catching a few bullpens here and there. Nothing too crazy.”

On the immediate future, with Major League Baseball still in a lockdown and the minor-league season unlikely to be played:

“It’s just a bunch of speculation. We just have to make the best of what we have here and be ready for whenever we do get to play again.”

On potentially playing alongside Swiney and Wilson in the Giants’ organization:

“One of the first guys I talked to on draft night was Will, and then Nick going to the Giants the next day was just crazy. There was so much excitement with all three of us. Getting to build on the relationship me and Nick have been able to build on the mound and behind the plate at N.C. State is just a lot of fun. … It’s going to be cool to see what this looks like in the next five, 10, 15 years, hopefully.”

On joining a Giants organization that already has All-Star Buster Posey and 2018 first-round draft pick Joey Bart at catcher:

“We haven’t talked much about it, but it’s going to be a lot of fun to learn from those guys and see how they go about their business and see how I can implement that in my game. I’m just going to go out and play the game that I’ve been playing and see what happens from there.”

On the heightened emphasis on analytics in professional baseball:

On what he will tell fellow pitchers in the Giants’ organization about Bailey:

“You don’t see it a lot in the ACC or in any Power 5 conference a catcher calling their own game, which makes Patrick so good. There’s a reason why he was the first catcher off the board. He gets to know his pitchers really, really well and forms that relationship behind the scenes of what works best for them, which I almost think will give us an advantage in a way going through the minors.”