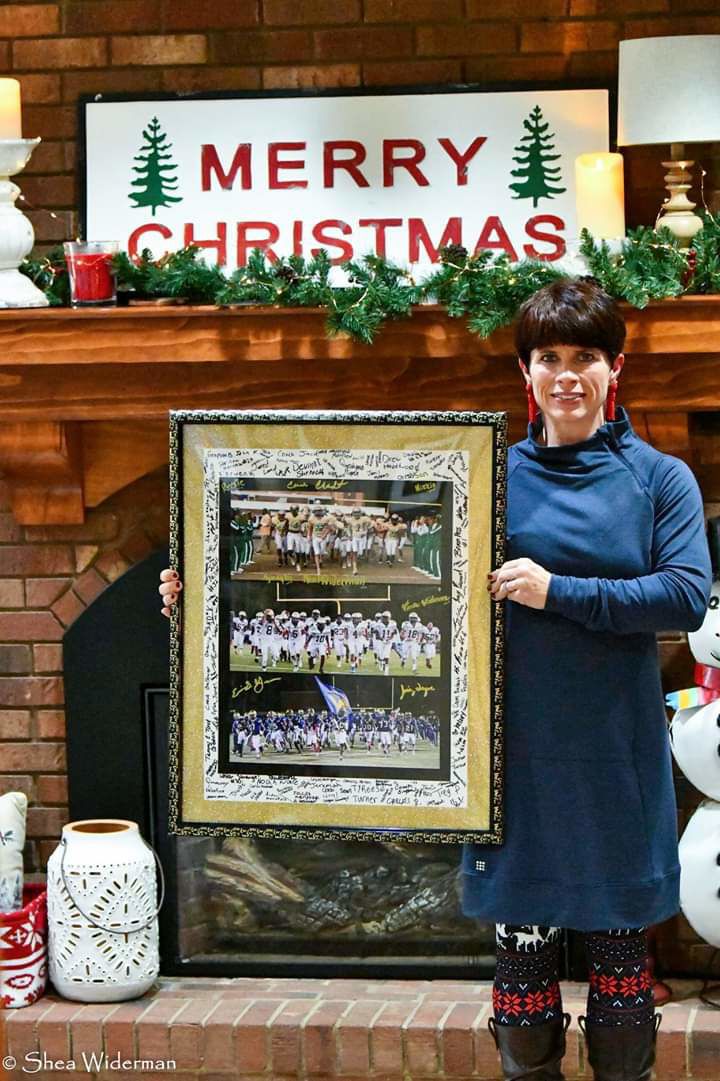 Rams and Raiders football booster Shea Widerman shows off a framed poster a group of friends presented to her and husband Mike for their contributions at the Reidsville Middle School awards banquet last week. 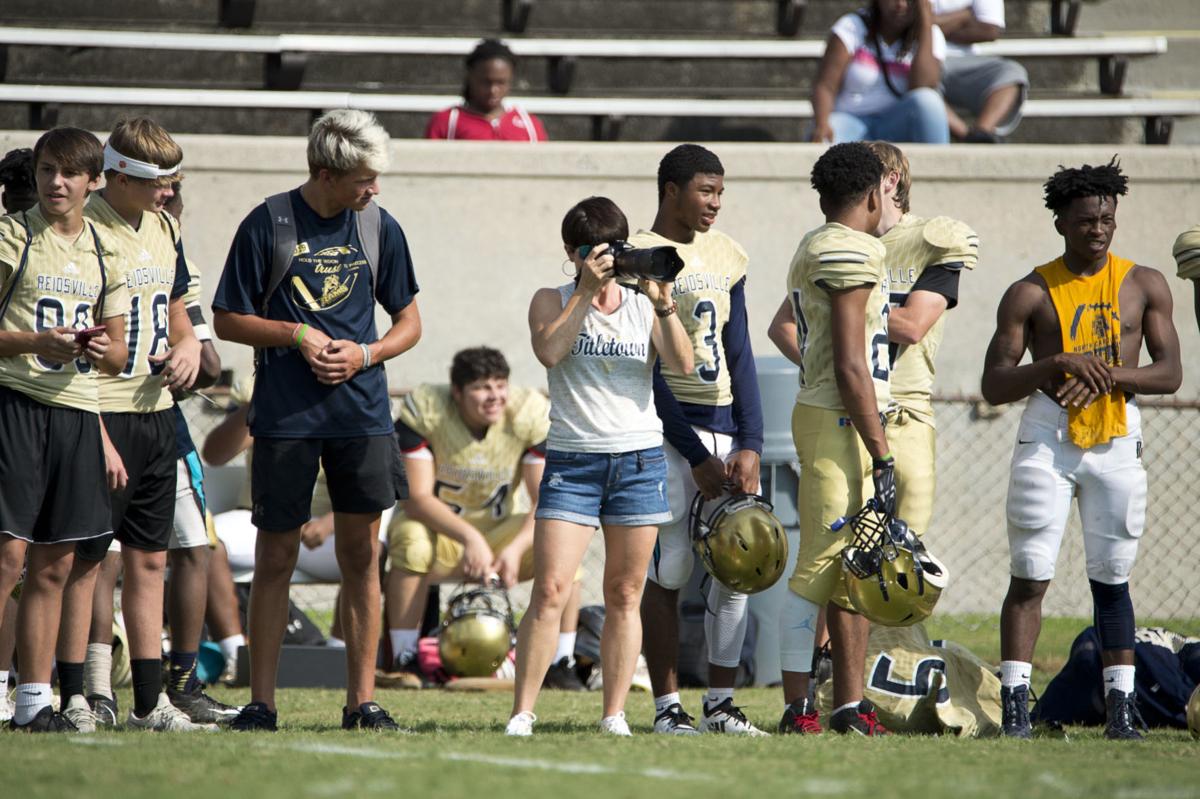 Shea Widerman (center) is shown on the sidelines taking photos of the action at the Reidsville Rams Farm Bureau Football Jamboree back in August.

Rams and Raiders football booster Shea Widerman shows off a framed poster a group of friends presented to her and husband Mike for their contributions at the Reidsville Middle School awards banquet last week.

Shea Widerman (center) is shown on the sidelines taking photos of the action at the Reidsville Rams Farm Bureau Football Jamboree back in August.

It was a surprise, a full football season in the making, but a group of parents got together and decided they had to do something to show Mike and Shea Widerman how grateful they were for their contributions to the Reidsville family of football teams over the last few years at the Raiders awards banquet last week.

Shea, who also is the web site administrator for the reidsvillefootball.com site, is a fixture on both the Rams and Raiders sidelines, working as an volunteer photographer. She routinely posts galleries with dozens of quality photos and does everything she can to get information out regarding the team to family and friends of the program.

At the banquet, where the Raiders celebrated their championship season with a perfect 7-0 record, the boosters presented the family with a framed poster featuring three of Shea’s photos of both the Rams and Raiders taking the field in 2019. Players and coaches from both teams signed the poster, to not only commemorate her work, but show their appreciation.

Both of their sons play football for the Raiders and Rams respectively. Vince is rising junior wide receiver on the Rams varsity team, while younger brother Paul, a rising freshman, who played running back and linebacker for the RMS team this past season.

Fellow Raiders booster Teresa Allen said that the Widerman family’s contributions deserved some special recognition and she said they were hoping to make the moment a pleasant surprise for a job well done.

“She and her husband are so awesome and they do so much for these children. She’s out there every game, regardless of the weather, taking pictures and she spends a lot of time trying to highlight what these kids are doing on the field. She provides snacks, drinks — anything that these kids need. She just goes above and beyond,” Allen said.

Raiders head coach Reggie Chestnut said he is grateful to all of the boosters, but he agreed that the Widerman’s go the extra mile to help support and strengthen the program.

“It’s unreal. Not only working with us as far as taking pictures, but also health-wise. She provides water, Gatorade and healthy snacks and advises them on how to fuel their bodies the right way. It must be working because we did not have one single injury this year. She’s just an all-around great parent and booster for all of our programs from middle school to JV and varsity. She and Mike do an excellent job and we are fortunate to have them support the programs,” said Chestnut.