Jarrell Cobb breaks into the open for what turned into a 95 yard run for a touchdown in the Raiders 60-0 win over Holmes on Thursday in the 2019 season opener. 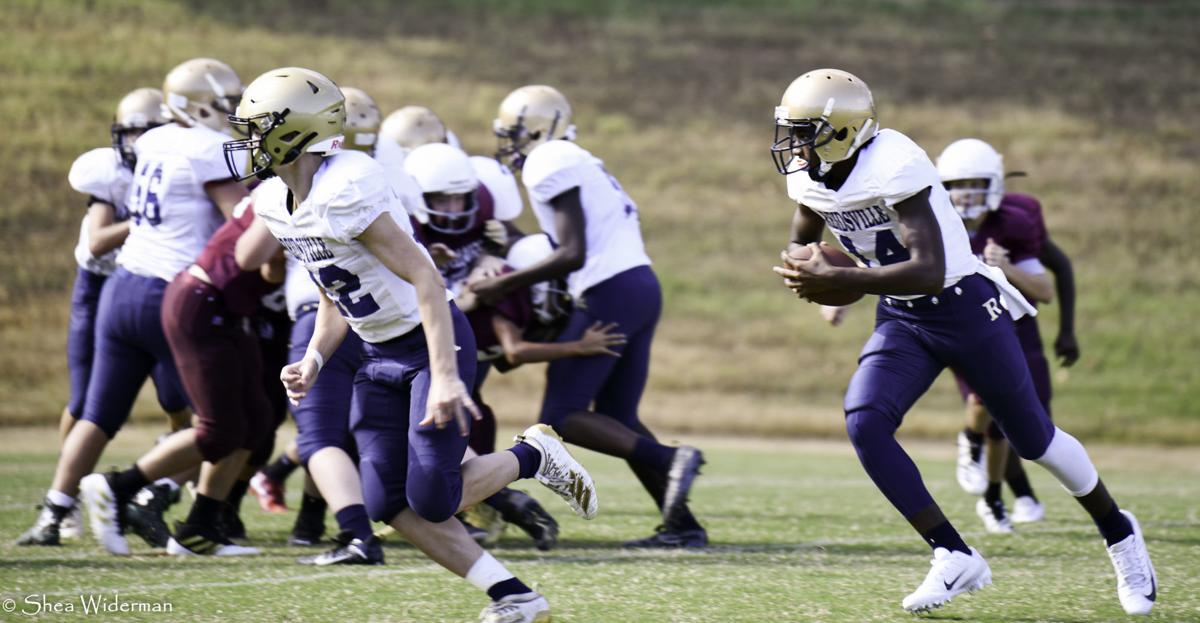 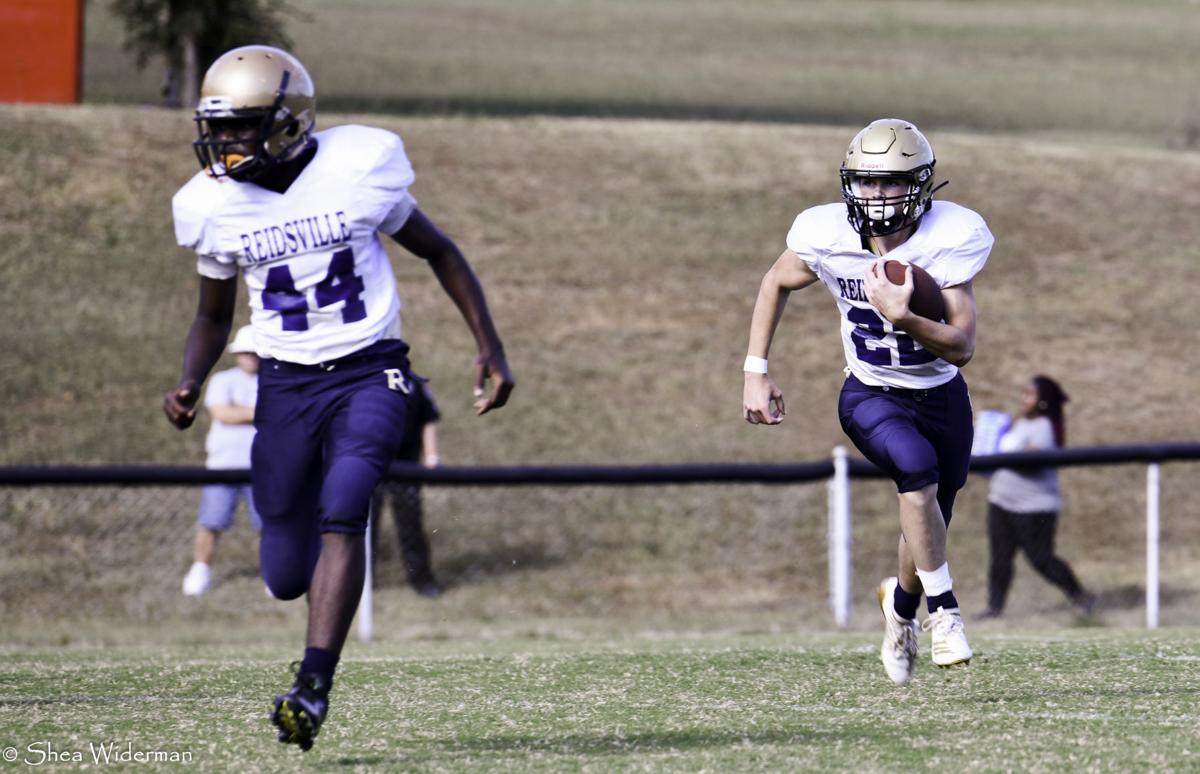 RMS running back Paul Widerman sprints to the hole in the Raiders 60-0 win over Holmes on Thursday afternoon.

Jarrell Cobb breaks into the open for what turned into a 95 yard run for a touchdown in the Raiders 60-0 win over Holmes on Thursday in the 2019 season opener.

RMS running back Paul Widerman sprints to the hole in the Raiders 60-0 win over Holmes on Thursday afternoon.

By the end of the first quarter, the writing was on the wall in regards to the direction the football game between Holmes and Reidsville was headed, in what turned out to be a 60-0 shutout shellacking of over the Mustangs in Thursday afternoon’s season opener.

The route started on the Raiders opening kickoff return, as Queshyne Flippen took the ball back 70 yards for a touchdown, and after quarterback Aljariq Lee added the 2-point conversion, RMS was up 8-0.

It was all Raiders from that point forward as Reidsville scored in just about every way possible — with the run, the pass, special teams and defense, and by halftime, RMS had the game on lock, secure with a comfortable 38-0 lead.

“It’s what we practice every day. Just being aggressive and taking advantage of our size and speed. We play smart too. We only had one penalty all day and played aggressive defense. You know, that’s Reidsville football,” Raiders head coach Reggie Chestnut said.

Due to the early leveling, Chestnut had the luxury of getting every one of his players on the field, and he said he’s got such a talented bunch of players this season on second and third string, there isn’t much of a drop off when the starters check out.

By the third quarter, the game moved into a running clock phase due to the 40 point slaughter rule, which mercifully sped up the inevitable outcome.

The Raiders had 11 different players score, including eight touchdowns and six others who punched in 2-point conversions.

As impressive as the offense was, the Raiders defense deserves kudos as well in their shutout showing. Aiyden Mansfield, Jordan Brown and Paul Widerman all had fumble recoveries for the hit squad, and Bryson Miller had an interception to help keep the ball in Reidsville’s hands. All of those guys contributed on the offensive side too.

Lee seems to be the future at Reidsville as quarterback and he looks like he is JV level caliber already.

“When you’ve got an eighth grader with a 6-2 frame, it’s definitely a plus for us. He’s a big kid overall and one thing I do like about him is he’s got size and he’s not afraid to use it. He’s aggressive, his arm is very strong and he’s smart. He goes to school every day and does his work and he does everything that you want a quarterback to do,” said the coach.

Chestnut says it starts from the ground up with his program, because the kids in the Reidsville Recreation Department football league aspire to one day be Raiders, and Raiders aspire to be Rams.

“The main thing with Reidsville is stability in the coaching ranks. With the exception of a couple of years, coach Teague’s been here since 1992 and I’ve been the middle school coach for 17 years now and most of the guys that are under us in the little leagues, most of those coaches are Reidsville guys, so it’s a community effort. That’s just what we do here. We tell the kids that there is magic in these gold helmets and I think the believe that.”

The coach and the Raiders have won 15 out of the last 17 North Middle School Conference titles and Chestnut said his kids come on board expecting to win.

The Raiders will be back in action with a trip to Dillard next Thursday.

R — Jordan Brown scores a touchdown on a fumble recovery in the end zone. Javon Harris added the 2-point conversion, 52-0.

Oct. 24 First round of playoffs