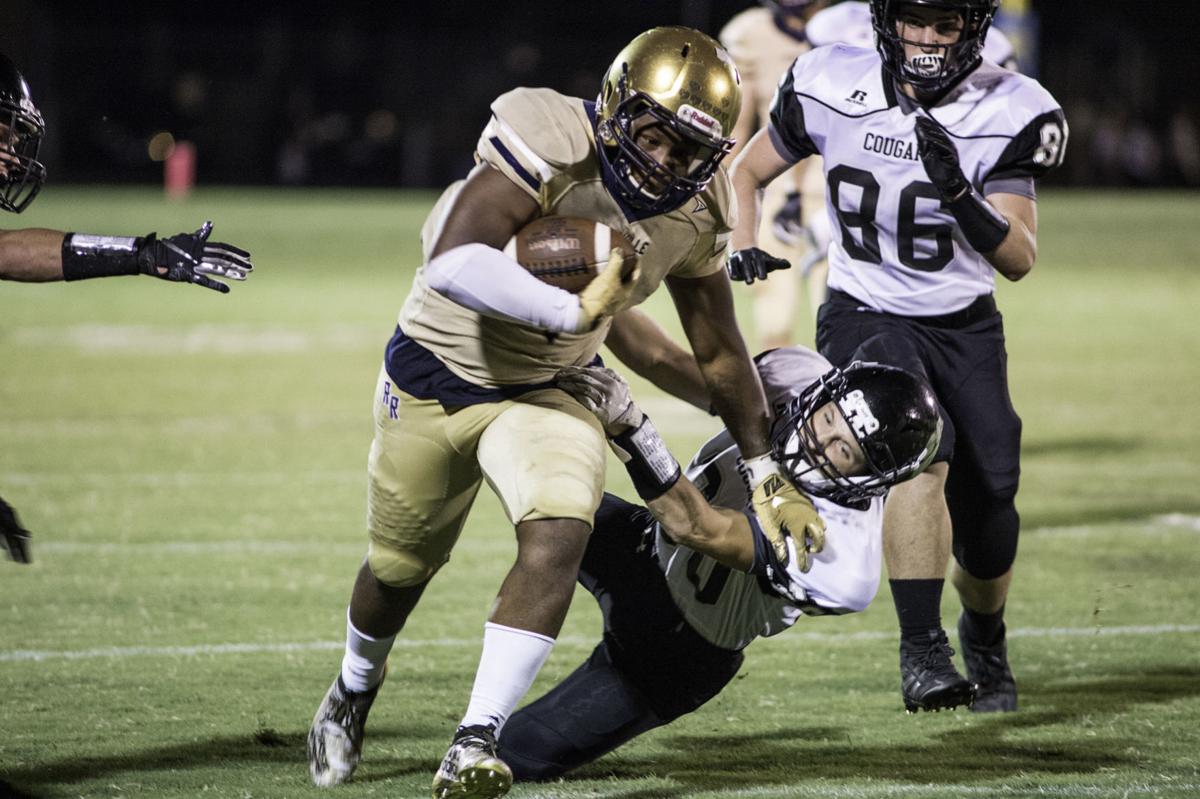 Reidsville senior Kwame Brown breaks a tackle for a gain in the Rams 50-6 win over Rockingham on Friday night. 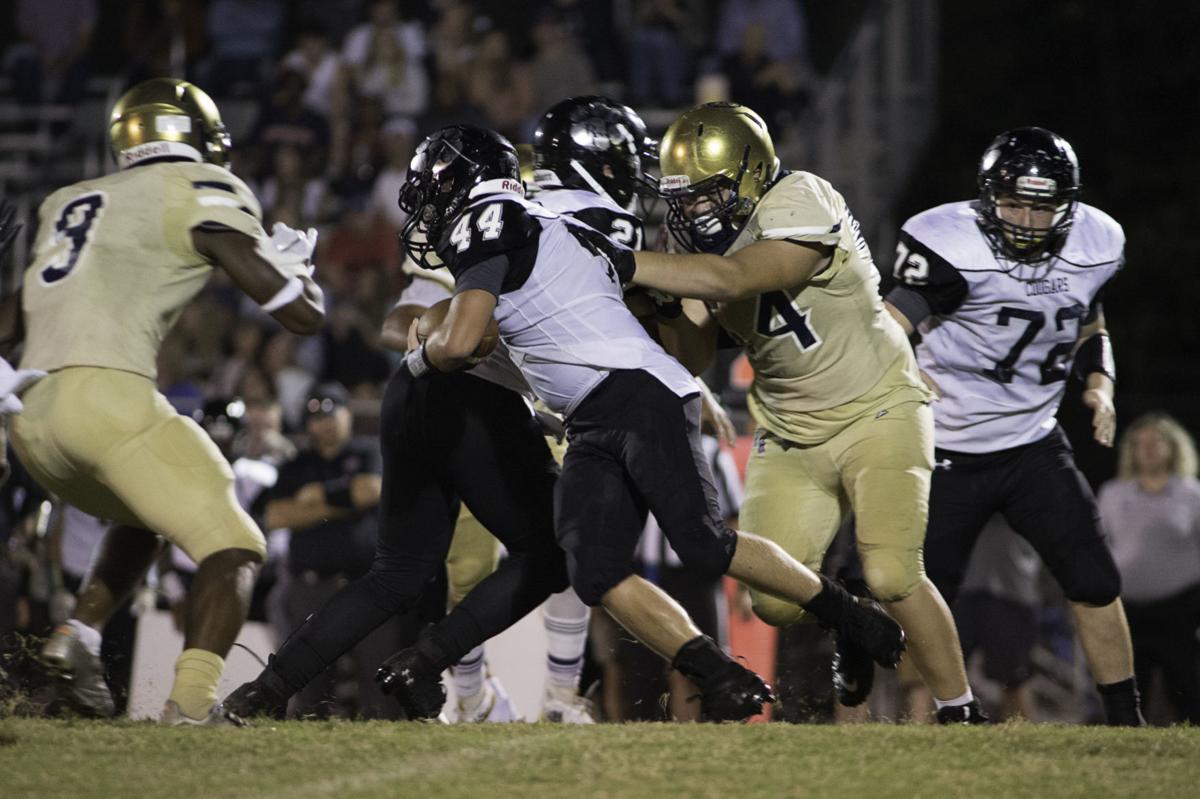 Rockingham junior Hayden Hundley works to break free from a Rams defender in the Cougars road trip to Reidsville on Friday night at Community Stadium.

Reidsville senior Kwame Brown breaks a tackle for a gain in the Rams 50-6 win over Rockingham on Friday night.

Rockingham junior Hayden Hundley works to break free from a Rams defender in the Cougars road trip to Reidsville on Friday night at Community Stadium.

Reidsville allowed points for the first time all season, but there was no stopping the Rams’ dynamic offense.

Rockingham County found the end zone late in the first quarter, but the rest of the non-conference game Friday night at Community Stadium belonged to Reidsville in a 50-6 victory.

Lionel Long scored three touchdowns and Kyle Pinnix tossed three more TD passes to lead the scoring parade for the Rams. They have now posted 210 points during their 4-0 start, despite not scoring in the fourth quarter.

Pinnix, who set a school record with six TD passes in a victory over Morehead last week, now has 15 scoring strikes this season. What’s eye-popping is the fact that those touchdowns have been spread among seven different receivers.

“We love Kyle. That’s our little brother back there and we want to protect him. We know to win, we’ve got to pass the football and that means protecting Kyle every game.”

Reidsville coach Jimmy Teague is pleased with the way the offensive line has come together.

“I really think the first group is where we want to be, but we’re trying to build some depth behind those guys and they’re really working hard too,” Teague said.

Like the first three games this season, the Rams were never really threatened.

Rockingham gifted its rival with an early 2-0 lead with a high snap in punt formation that sailed out of the end zone for a safety.

After the free kick, the Rams set up shop at the Cougar 49 and on the first play, Pinnix found Colby Johnson over the middle for the touchdown. It was Johnson’s first TD catch of the season as he became the eighth different receiver to find the end zone.

After forcing a three-and-out, the Rams were back at it again, this time needing five plays to march 45 yards. Long did the honors from the one and Anthony Franson’s extra point made it 16-0 with still 5:27 left in the opening quarter.

Rockingham’s highlight reel play came on the next possession. Ethan Smith took a lateral pass from quarterback Mason Denny and managed to break free when the Rams looked to have him trapped. He then passed to Dylan Apple, who had gotten past the Reidsville secondary. The play covered 50 yards and set up the Cougars at the RHS 21. They scored seven plays later when Denny called his own number from inside the one.

It closed the margin to 16-6, but Rockingham’s hopes of getting back in the game were gone in an instant. On the ensuing kickoff, Breon Pass broke away on an 81-yard return.

The Rams went on to make it 36-6 at the half as Pinnix connected with Demontez Canada (10 yards) and Lionel Long (23 yards) for second-quarter TDs.

Pinnix ended 6 of 10 for 137 yards and also ran for 37 yards on four attempts. Davis finished with 56 yards rushing, Stevion Harrison added 37 yards on the ground and Long had 29 yards.

Cougar receiver Apple had an outstanding game with six catches for 110 yards. Denny completed 13-of-24 for 97 yards, but was intercepted by Jiheem Hooper and Canada.

The Cougars controlled the clock while running 52 plays while the Rams had just 38 snaps. But total yards favored Reidsville 387-165.

Reidsville’s four wins have come against teams that are now 3-13 while the remaining three non-conference foes are a combined 9-3.

Next up is Eastern Guilford (2-2), the second of six-straight home games.

“We know the competition is going to get stiffer the next couple of weeks,” Teague said. “We’ll find out how good we are.”

Added defensive standout Ki Rankin: “We’ve got some tough games coming up, but we’ll be ready.”