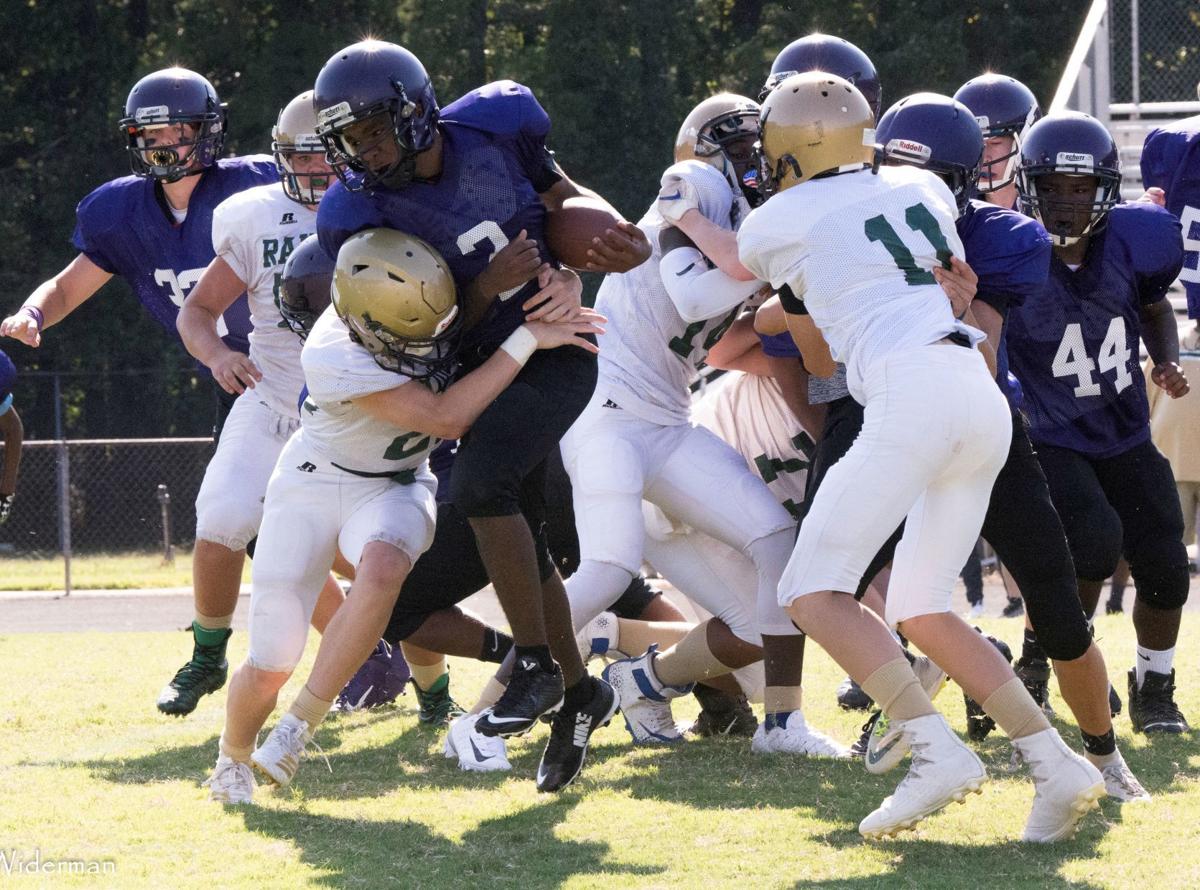 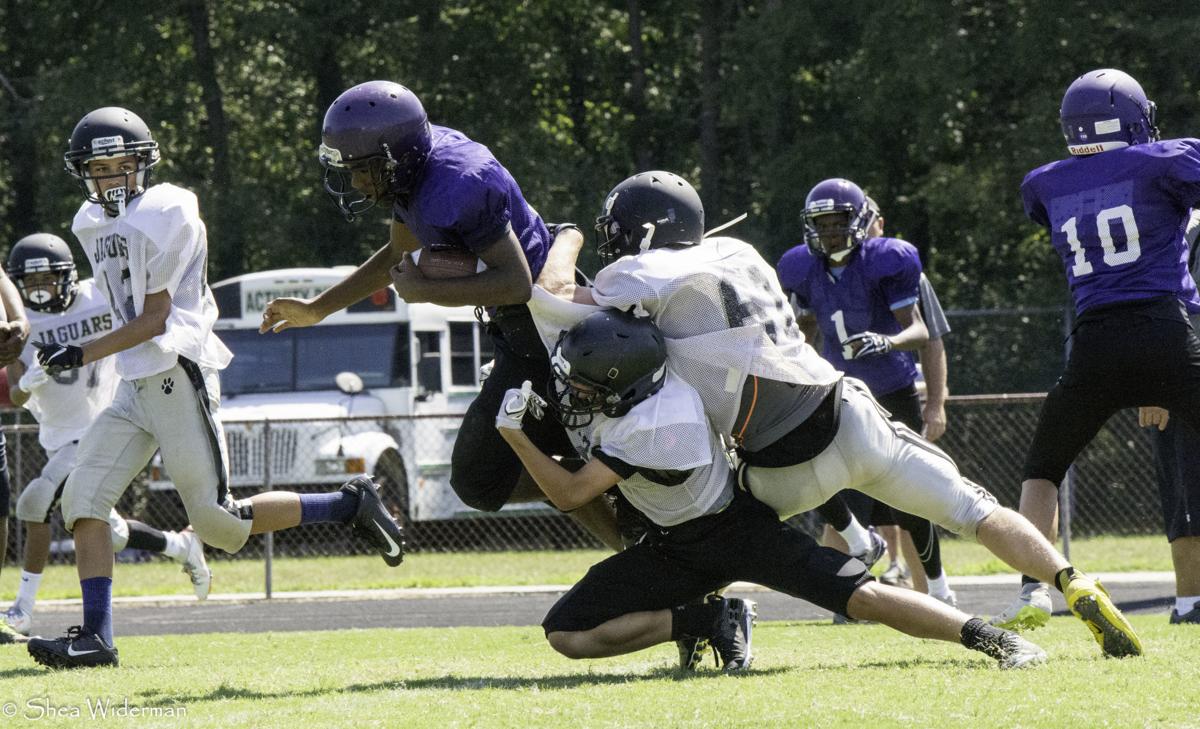 A pair of Rockingham County Jaguars meet at the running back in action at Saturday’s set of scrimmages in Reidsville. 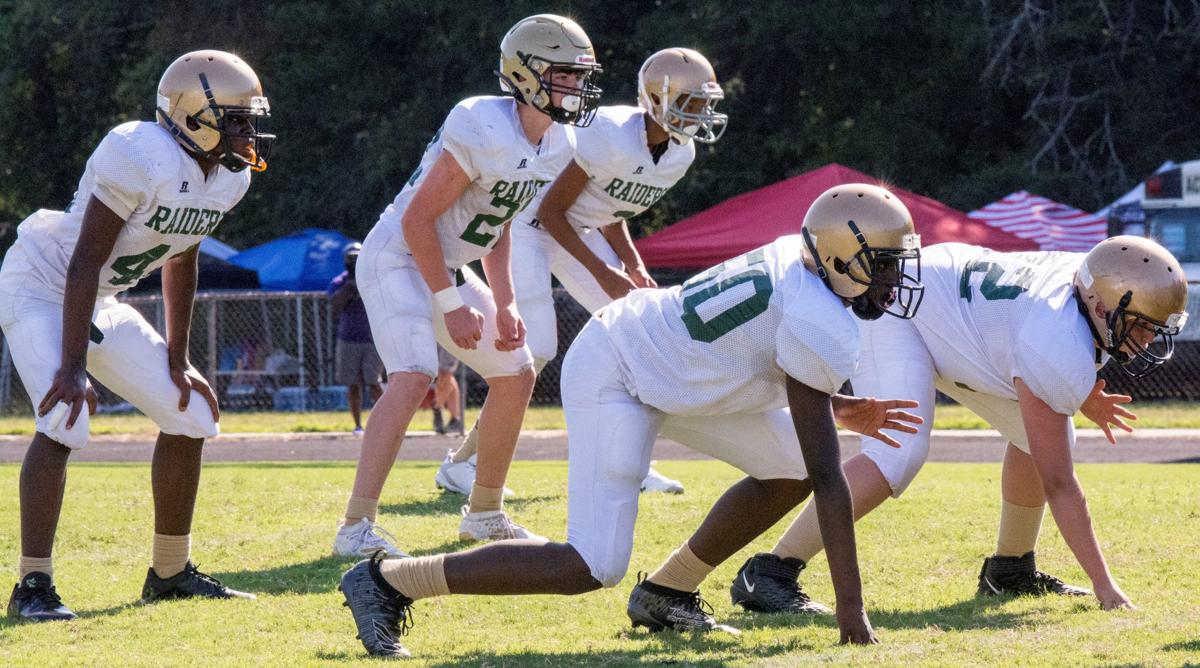 Reidsville’s defense gets set for battle on Saturday afternoon.

A pair of Rockingham County Jaguars meet at the running back in action at Saturday’s set of scrimmages in Reidsville.

Reidsville’s defense gets set for battle on Saturday afternoon.

The Reidsville Raiders Middle School football team gave fans their first look of the season at the teams annual jamboree at Community Stadium on Saturday morning.

Six area teams, including the Raiders, played three scrimmages each on the two fields at the Reidsville campus.

“I think everybody came down and were well-satisfied with what they saw for all of the teams. We were able to compete and see what we’ve got. It was a good opportunity for all of the programs,” Reidsville head coach Reggie Chestnut said.

The Raiders have won 13 out of the last 15 North Central Middle School Conference titles and Chestnut said his guys are hungry to challenge for another championship this season.

“I think we expect a typical Raider team. We’ve got good size and excellent speed. We want to come out a play fast, play tough and I think this team is going to be a typical Reidsville team. I think we played good in some spots and executed when we needed to and we played good defense. We had some opportunities to bring some kids off the bench to develop some depth to spell the starters and that will pay dividends down the line. They did a great job,” the coach said.

In two scrimmages against Northwest Guilford the Raiders outscored them four to one from 50 yards out in the first scrimmage.