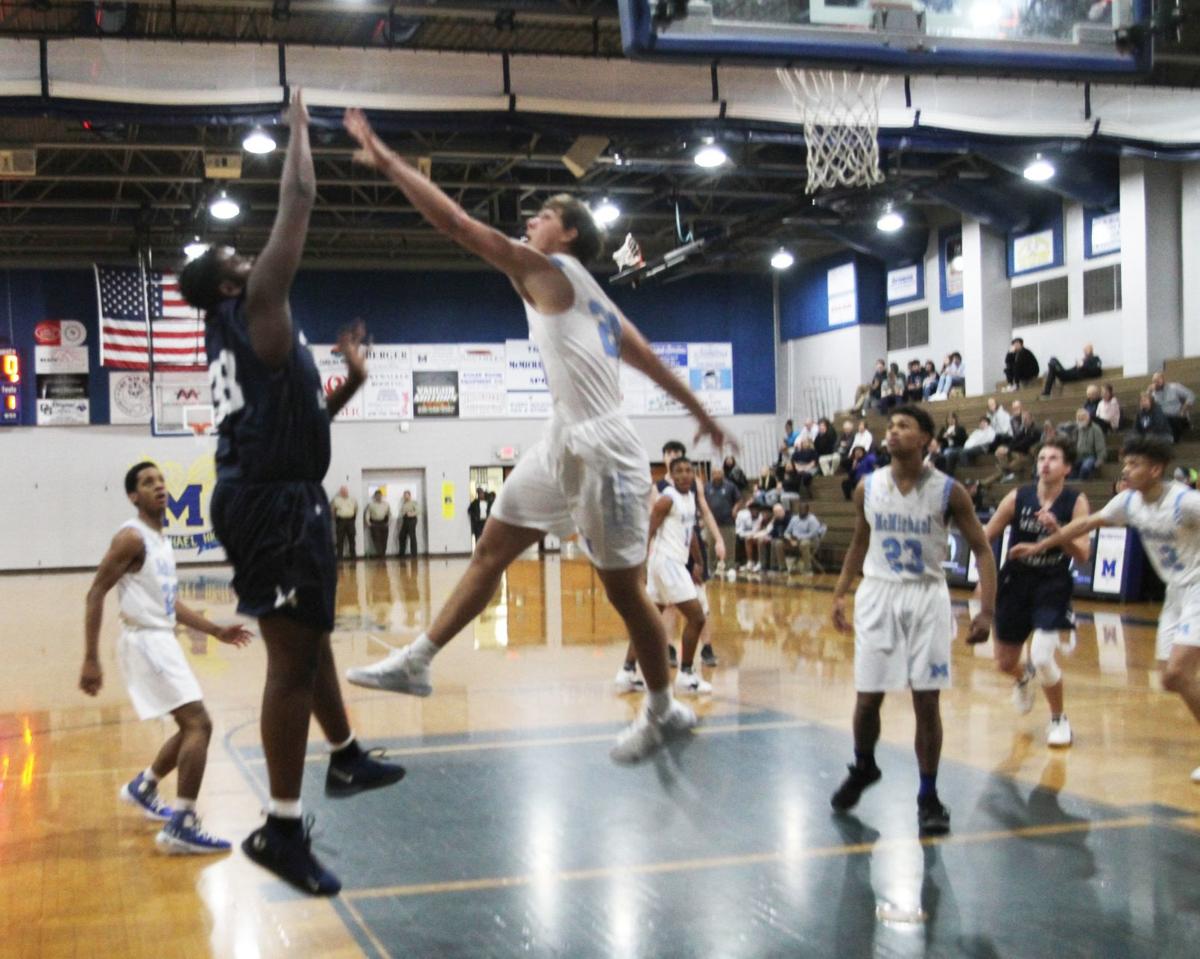 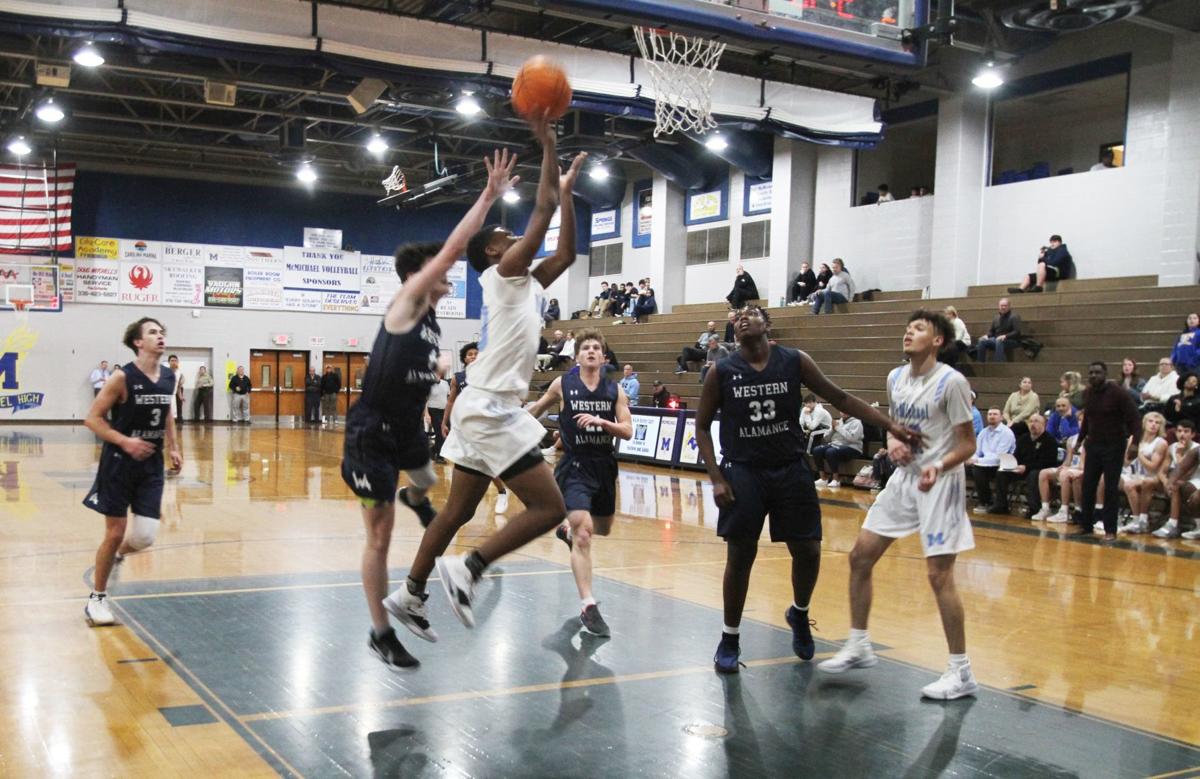 McMichael junior point guard Stefan McLaughlin attacks the rim for a score on a fast break in the team’s big upset win over the Warriors earlier this week.

McMichael junior point guard Stefan McLaughlin attacks the rim for a score on a fast break in the team’s big upset win over the Warriors earlier this week.

MAYODAN – It was just the kind of game that the McMichael men’s basketball team needed. Still smarting from a tough 76-66 loss to conference and county rival Morehead the previous week, DMHS head coach Randel Galloway said Tuesday’s 55-37 win over Western Alamance was just what the doctor ordered Tuesday night.

“Oh man it was huge for us. Coming in, especially after losing a tough conference game to Morehead on Friday, I think all of our guys were all really, really excited and ready to get back to another conference game. I may be mistaken, but I think Morehead may have been the only team to have beaten Western Alamance – but with that being said – after them (Western Alamance) beating us in the conference championship last year – and with their record this year – we knew they were going to be a tough team. I’m just glad my guys were able to respond and I’m proud of the way they played out there tonight,” said Galloway.

Early on, offense was hard to come by for both teams in what was looking what might turn into a low scoring league grinder.

But the Phoenix started to heat up from the outside as 3-pointers by Gabe Caple and Stefan McLaughlin helped McMichael take the early 12-9 lead heading into the second quarter.

It was similar offensive fare for the Phoenix as they nearly doubled their output from the first, but it was the exact opposite for Western Alamance, as they went ice cold. McMichael’s defense certainly deserves some of the credit as well, as they held the Warriors scoreless for the 22-9 lead at the half.

Western Alamance would cut it to 8 points on two occasions in the third quarter, and later, Cliff Lester hit one of two free throws to bump the lead back up to 9. The Warriors would get one final possession however, and guard Shane Peterson made the most of it with a penetration floater in the lane to cut the McMichael lead to 36-29 heading into the fourth quarter.

But that was as close as Western Alamance would get, as the Phoenix defense forced multiple turnovers that resulted in points as McMichael outscored the Warriors 19-8 down the stretch to clinch the win.

“I don’t think we did anything different, we just talked about the kind of stuff that we work on in practice and make sure we have guys that can come in and help. Keeping guys talking, coming in on the screens – keeping our guys running on the outside screens – just being there and closing out with hot hands, so it was all of the stuff that we just talk about in practice. We talked about that in between quarters and I think the guys were actually trying to do it. They really concentrated on getting out on shooters and I think they did a good job. They have some good shooters, but I thought our guys did pretty well just closing in to defend and worked on the things we work on in practice which is basic man-to-man team defense,” Galloway said.

The two teams will meet up for the second half of the round-robin rivalry on Feb. 4 at Western Alamance.