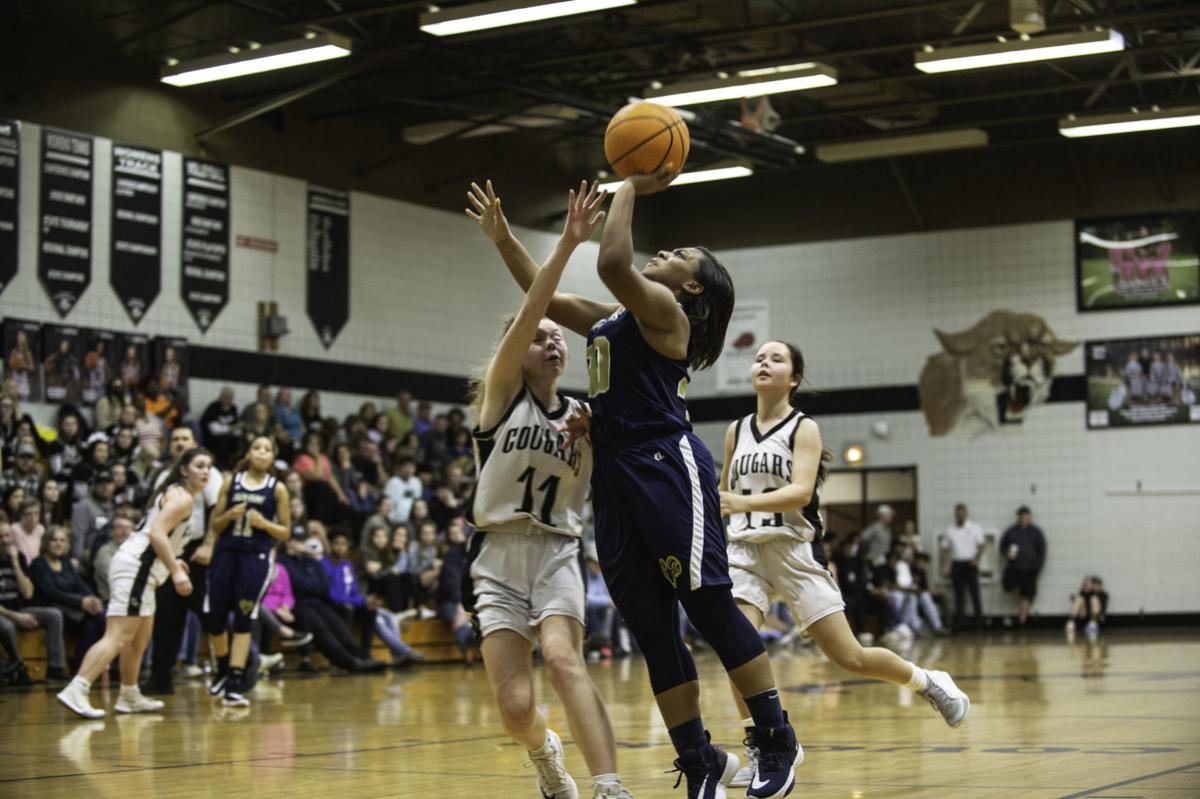 Reidsville senior guard Jada Artis goes up for a shot in the Lady Rams 58-43 win over rival Rockingham this past Friday night. 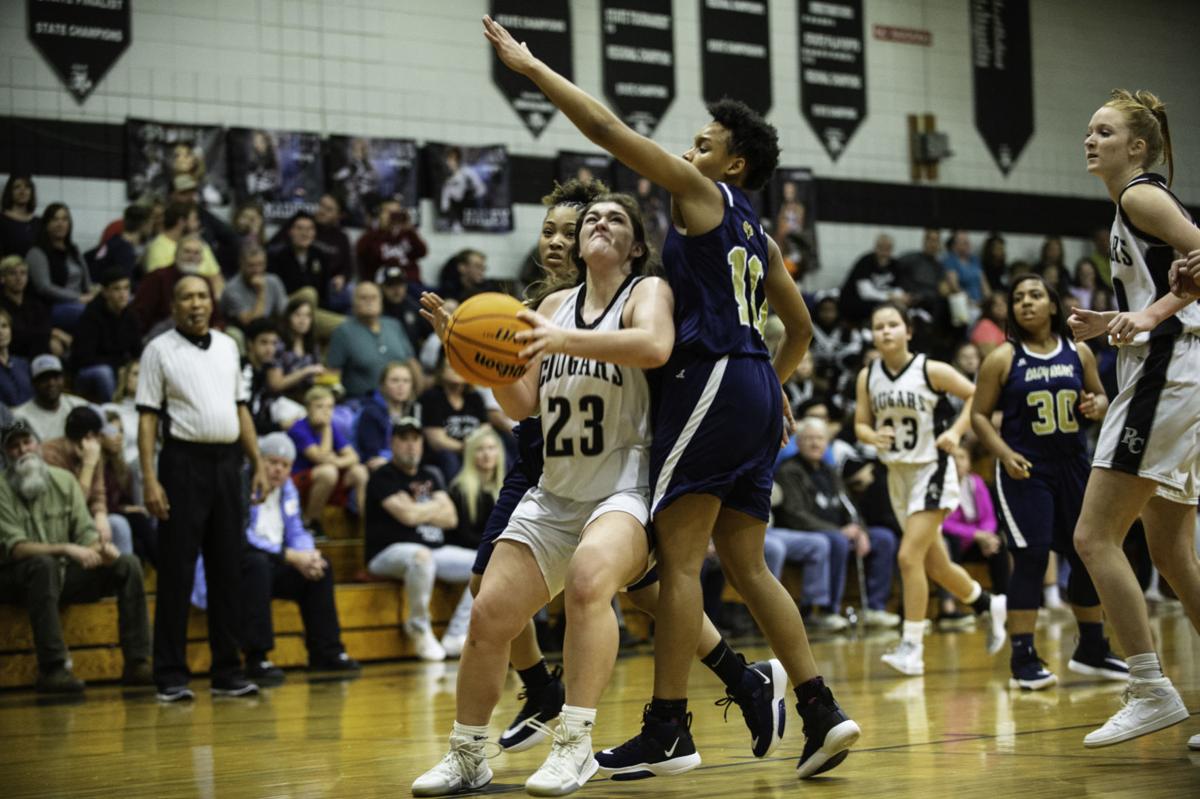 Rockingham sophomore guard Olivia Rebb goes up for a contested shot in Friday’s action versus the Lady Rams.

Reidsville senior guard Jada Artis goes up for a shot in the Lady Rams 58-43 win over rival Rockingham this past Friday night.

Rockingham sophomore guard Olivia Rebb goes up for a contested shot in Friday’s action versus the Lady Rams.

WENTWORTH — It was just what we have come to expect when Reidsville and Rockingham get together as the Lady Rams and Lady Cougars battled in an intense back-and-forth battle.

But when all was said and done, a second half scoring surge led by the Reidsville’s back court tandem of Jada Artis and Amani Smalls, helped the Lady Rams lock up a 58-43 win over cross-town rival Rockingham on Friday to sweep the annual series.

RHS led by just 1 point at 30-29 at the half, but the tide would shift in the third quarter as the Lady Rams outscored RCHS 15-6 which set the tone down the stretch.

Reidsville tacked on 13 more in the fourth quarter and held the Lady Cougars to 8 points while scoring 5 of 8 free throws to lock down the win.

Artis led the Lady Rams with 20 points on a night where she knocked down 8 of 10 free throws.

Smalls was right behind her, netting 18 with an 11 of 13 evening from the charity stripe while Chloe McGhee chipped in 8.

Consistent scoring has been Rockingham’s Achilles heel throughout the first six weeks of the regular season and they have relied on defense to put W’s in the win column.

“It’s extremely nerve racking not knowing where it (scoring) is going to come from. Last year we had multiple people give us 10 or more on different nights. It’s kind of where we are getting to this year as we go on. Consistency is something you learn. You learn how to score. You take shots and maybe you pass one up, but they begin to understand — now we need you to take shots and do different things. I’m tickled to death with my kids. They work hard every day and no matter what the outcomes are for the rest of the year, I don’t think that I can ask for a better group,” Rockingham head coach Jesse Wall said prior to the game.

The Lady Cougars are at a cross road for sure at 0-3 in league play and 4-4 overall especially considering the brutal four-game stretch against several of the top teams in the Mid-State Conference on deck over the course of the next two weeks. How they respond, could very well tell the tale of whether or not Rockingham will return to the post season in 2020, a spot that the Lady Cougars have managed to maintain for the better part of four decades. Success in the conference is typically the deciding factor as to who ultimately goes to the dance.

As for Reidsville, how they stack up against Mid-State 2A competition is still an unknown factor, so the next two weeks will also likely determine just how far a talented Lady Rams team can go.

Reidsville (3-1) will be back in action with a road trip to Mid-State 2A Conference foe North Carolina School of Science & Math next Tuesday. The Lady Cougars (0-3, 4-4) will hit the road as well for a league match up with Eastern Alamance. Both games tip off at 6 p.m.