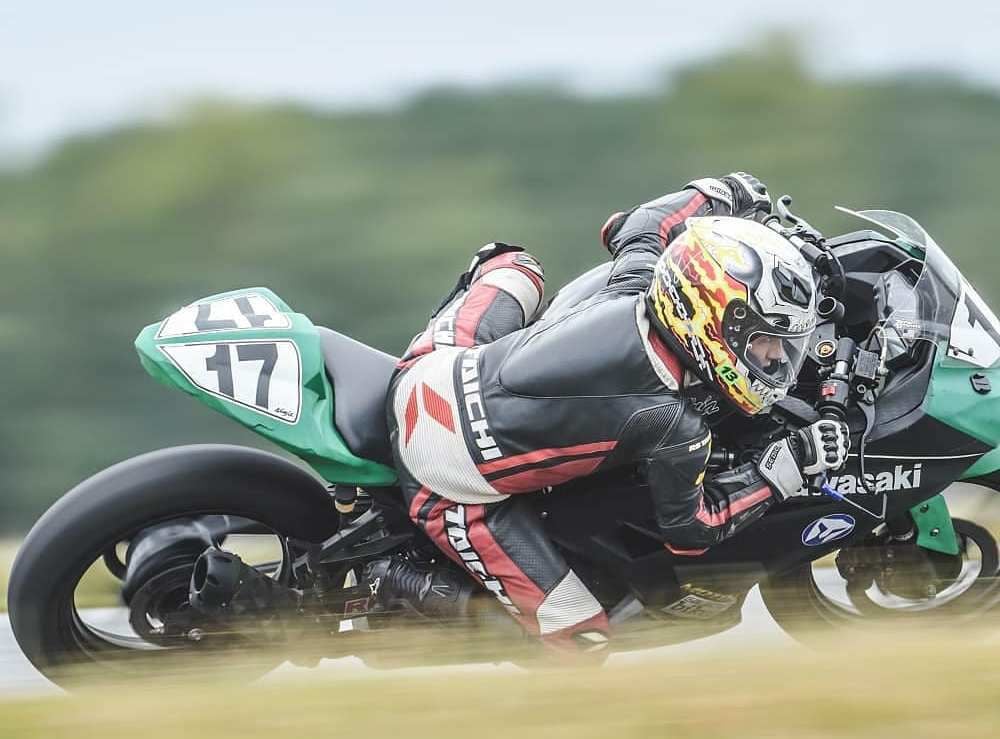 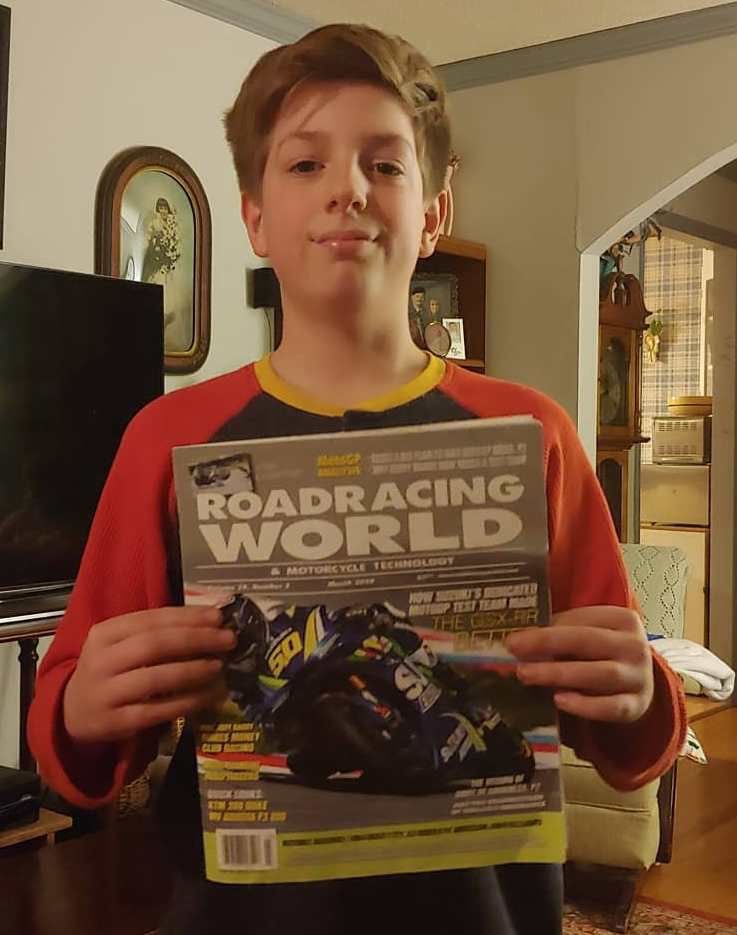 Keagan Brown is hoping to turn what started out as a hobby, into a professional career.

Keagan Brown is hoping to turn what started out as a hobby, into a professional career.

At first glance, 12 year-old Keagan Brown is just another face in the crowd at Western Rockingham Middle School, but he is anything but average.

Keagan is a motorcycle road racer competing against adult professionals. It’s a sport he’s been competing in since age 6 and he already has many wins and accolades to his credit.

Competing in the O’Reilly Talent Cup this past summer was a big deal because not only are their huge crowds, but also many top executives from Moto America watching top competitors including the Mexican National Champion as well as top European racers.

In addition to his own rigorous practice schedule, he trained with professional motorcycle racer Josh Aaron last summer. He also worked with Caroline Buchannon, a BMX and mountain biking multiple world champion. She represented Australia at the 2012 and 2016 Summer Olympics in the women’s BMX event and she worked with Brown on not only physical training, but media preparation as well.

Brown competes in several different categories, but one of his favorites is the Moto Gladiator Series where he races a Ninja 300 on full size race tracks.

In 2020 he plans to again compete in the O’Reilly Series on a Ninja 400 racing in an organization called the Championship Cup Series.

On these bikes, Brown reaches top speeds of over 120 miles per hour in the straightaways.

It’s a sport that his whole family has supported from day one, and even though there is certainly an element of danger, his father Bill Brown says are happy he is getting to compete at a sport he loves.

“I did it myself when I was younger, but there is definitely some element of nerves there, but if you stop and think about it, motorcycle racing is actually safer than motorcycle riding on the street. The surfaces are prepared and cleaned. They are fantastic surfaces to race on, the tracks themselves. Everyone is going in the same direction. There is only one type of vehicle. You have very specialized safety gear, so it’s not like you are on a busy street where you have vehicles traveling in opposite directions — you don’t have 18 wheelers or teens out there driving and texting or anything like that. It’s all one mind-set and any top track competitor or racing organization, they will tell you that the number one priority is safety. So even when there is an accident, most times, even more often than not, riders walk away from it. I’m more at ease watching him out there on the track than I am thinking about one day when he gets his driver’s license and being on the busy streets,” the father said.

Between his demanding school schedule, which includes being a member of concert band, Brown also plays guitar, and time is at a premium when combined with his racing.

Brown, a Stokesdale native, spends his spare time practicing on a dirt track near his home and preparing for races can lead to late Friday nights, all day Saturdays preparing and traveling for Sunday races and then it’s back to school on Monday.

So far his amateur racing career has taken him all over the United States including competitions in New Jersey, Pennsylvania, Florida and California.

With the expense of maintaining the bike, travel, lodging and meals — motocross can be a pricey endeavor, so the family is seeking out additional sponsors in 2020.

Evolve GT Track Days has been his primary sponsor so far, but if he is going to get to the next level, he’s going to need more help the father said.

“GT Track has really helped him out a lot. First of all to be open-minded about a person at his age to be able to compete and that is a really big deal on their part. They’ve been one of the biggest helps we’ve had. Otherwise, it’s been down to the first bank of mom, dad and grandma and grandpa. We are trying to change that in 2020. I don’t want to say there was doubt, but always concern. At what point do you decide when it’s not just an aggressive hobby, but a possible career path for a 12 year old kid? So we haven’t been too aggressive about seeking out sponsors until now because once you make that commitment, you are beholding to them for certain things,” the father said.

If you would like to learn more about his future races, visit www.facebook.com/rowdiesracing for the latest updates.