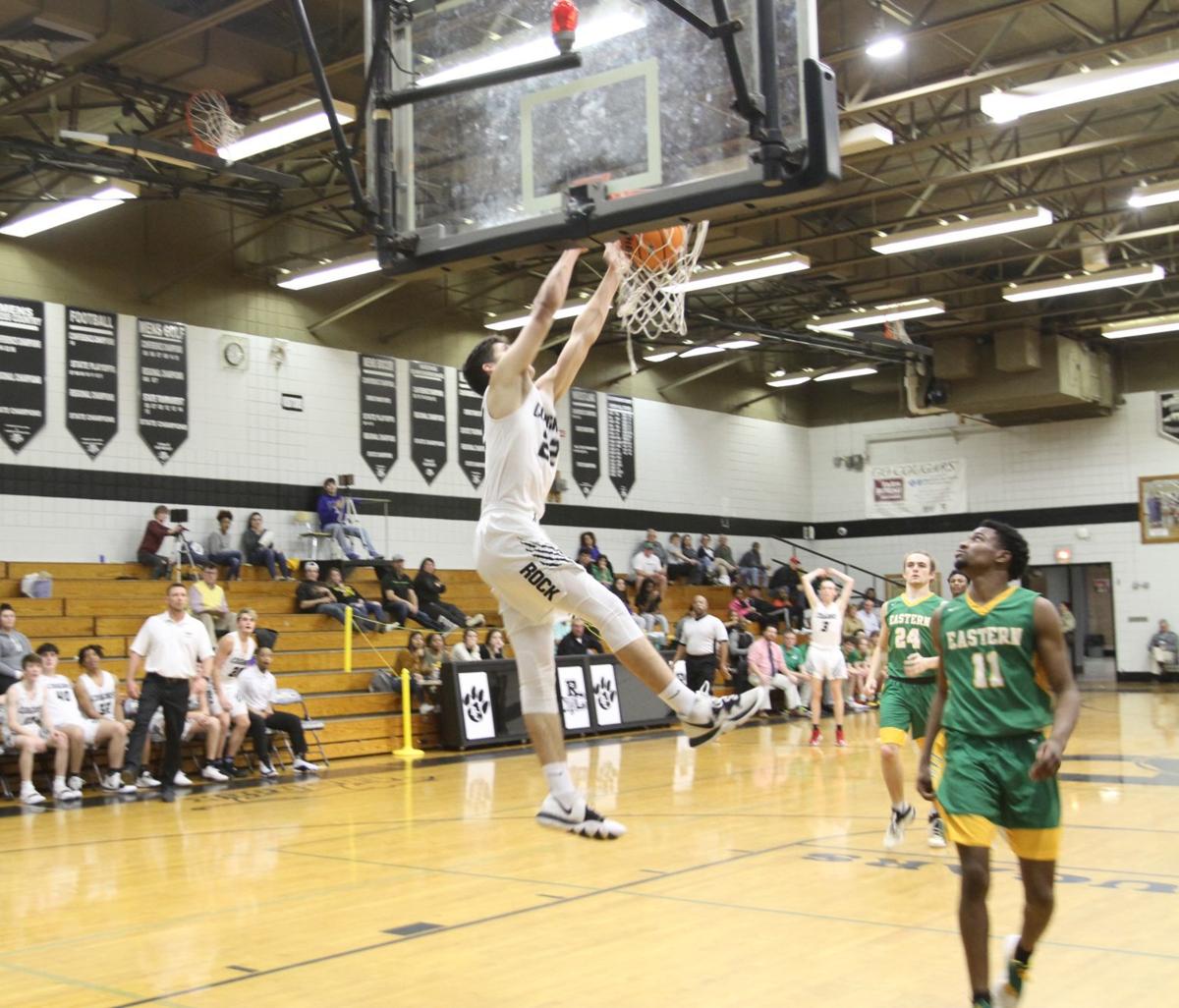 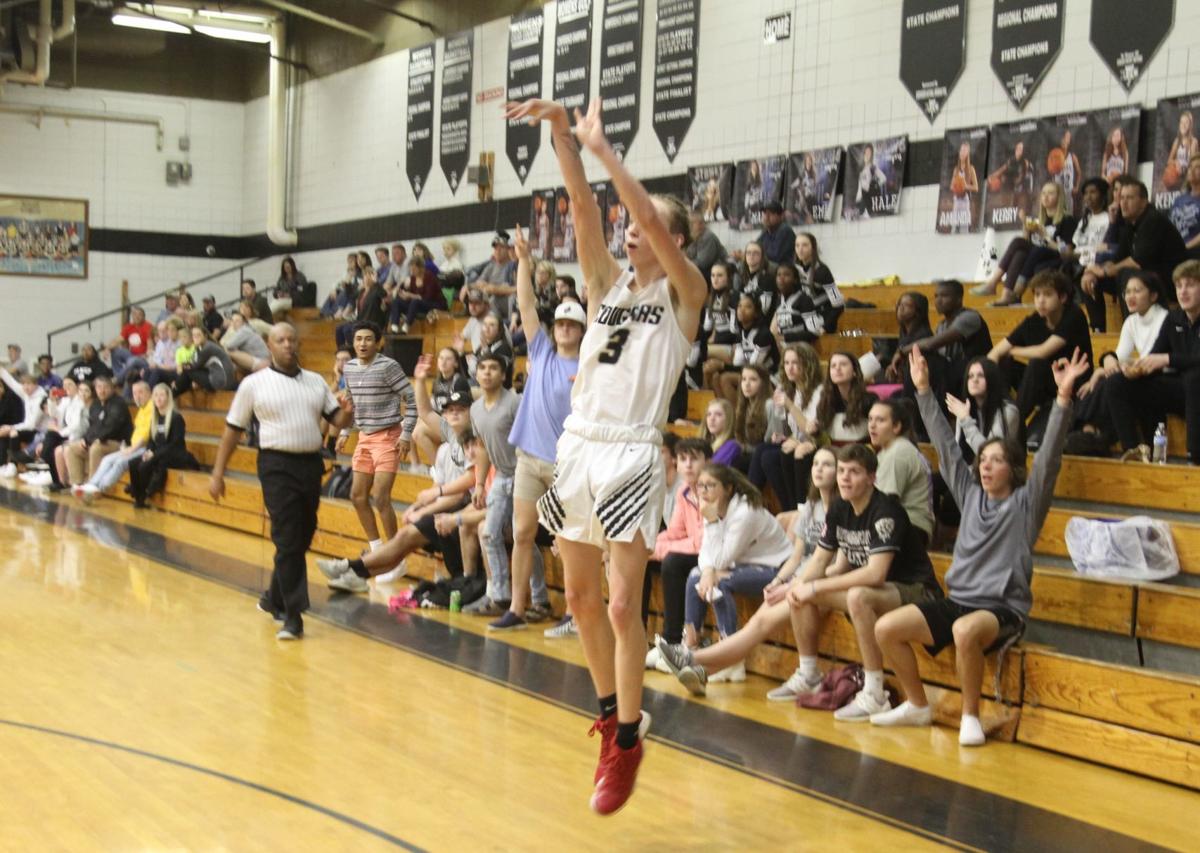 Cougars guard Bryson Peterson pulls up for a 3-point basket in action versus Eastern Alamance.

Cougars guard Bryson Peterson pulls up for a 3-point basket in action versus Eastern Alamance.

WENTWORTH — Leading 61-60 with 10.1 seconds remaining in overtime, Rockingham had a chance to potentially put Eastern Alamance away with a one-in-one attempt at the line. But the shot missed the mark, and after an Eastern Alamance advanced the ball past midcourt and called a timeout, they set up a final play with just a few ticks of the clock remaining.

The Eagles put the ball in play and fired a shot from the wing that missed the mark. A desperate scrap to secure the rebound ensued, then a second-chance put-back by Eagles senior Elijah Burnette right before the buzzer, sealed the win and crushed Rockingham’s hopes of pulling off the victory.

The 62-61 loss was particularly heartbreaking considering it was a game the Cougars played well enough to win from the opening tip to the final buzzer.

To get things started, back-to-back scores by Bryson Barnes and Mason McDow allowed Rockingham to take the early 4-0 lead in the first quarter. But the Eagles rallied and took over 9-7 following a pair of jumpers by Eagles players Darius Kane and Alik Lewis.

Heading down the stretch in the opening period, the Eagles tacked on a couple of more scores to extend the lead to two possessions. But a 3-pointer by Bryson Patterson, followed by a later put-back by the senior, cut the lead 1 point with 1:30 to go. As the final seconds wore down, Eastern was able to get one final bucket to take an 18-15 advantage heading into the second quarter.

A trio of 3-pointers on consecutive trips down the court increased the Eagles lead to 29-22 with under three minutes to play in the half, and it was beginning to look like another one was about to get away, but RCHS fought hard on defense and got it back down to a two possession game on a transition score off of a turnover. Next, a steal and layup by Jonathan Compton cut it to 29-27 near the one minute mark

In the final moments of the first half, a hook shot by Camden Gerlach put Eastern up 33-27, but Rockingham got the final say as Compton was fouled on a 3-point attempt at the buzzer. He knocked down all three to cut it to 33-30 right before the break.

To open up the third quarter Barnes got the Cougars fired up with a steal followed by a breakaway dunk, and then consecutive scores by Colby Doss and Adam Stallings tied it at 38-38. The play of Doss continued to pay dividends after he drained a corner 3-pointer which gave Rockingham the lead at 43-40 with 2:19 to go in the third quarter.

That back-and-forth, intensity continued the rest of the way as the third period ended tied at 45-45, then 57-57 at the end of regulation to set up the wild finish in overtime.

Patterson led the Cougars with 15 points which included three 3-point baskets. Barnes had 14 on a night where he was a perfect 6 of 6 at the free throw line and Compton netted 13.

Evan Mann and Darius Kane led the charge offensively for Eastern Alamance with 16 points each and Alik Lewis added 14.