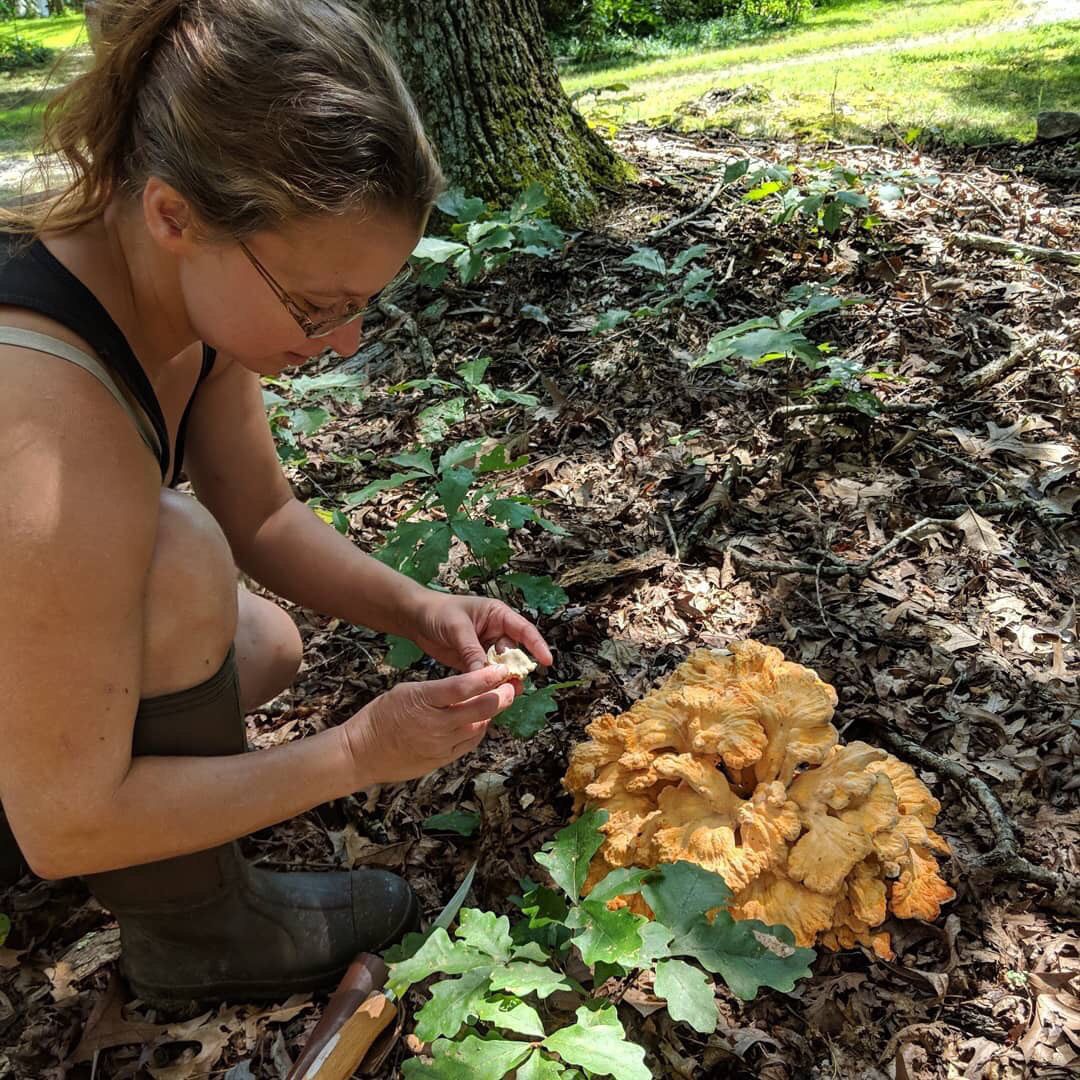 Stesha Warren forages for wild mushrooms. The expert will conduct a two-day mushroom identification course at RCC this weekend. 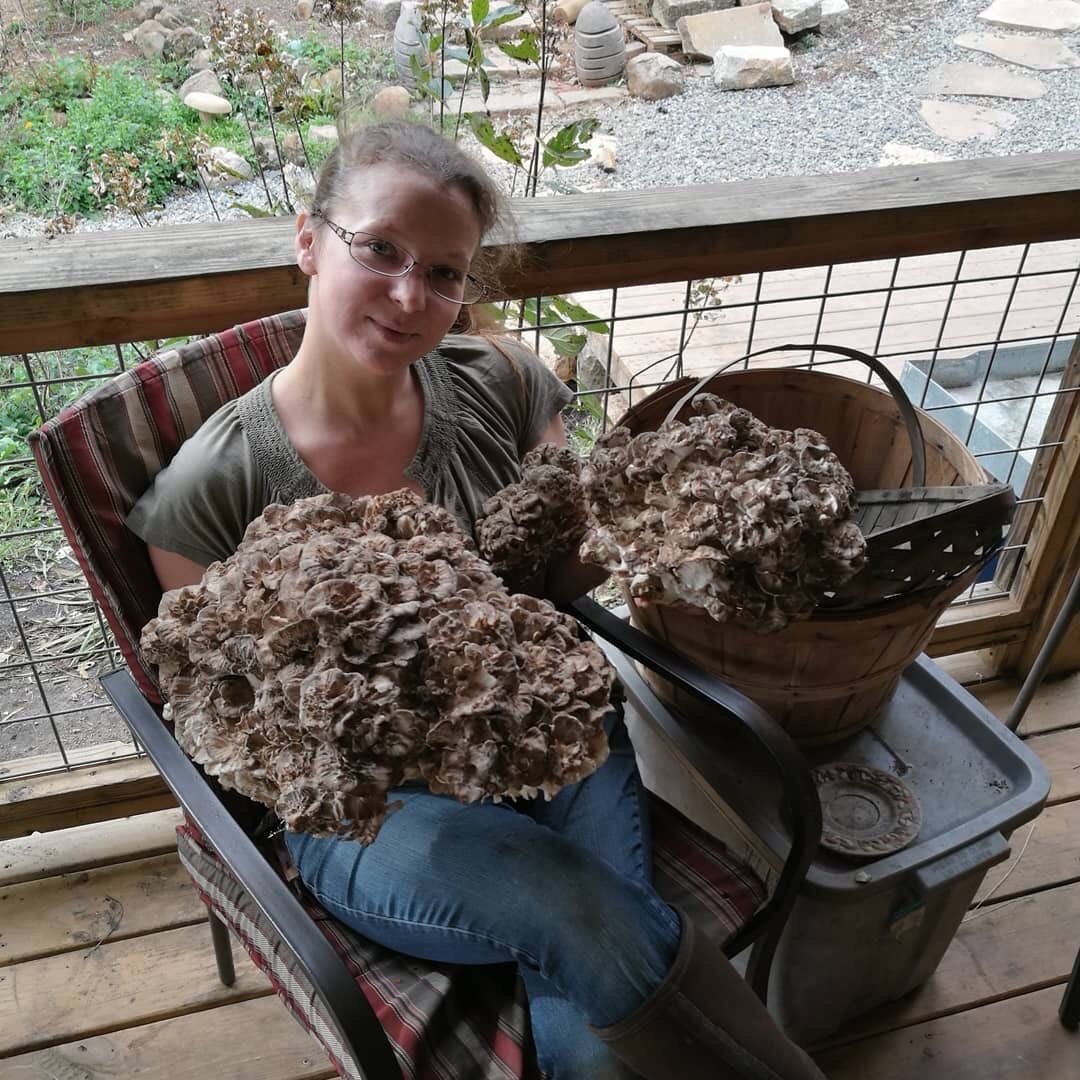 Mushroom expert Stesha Warren, with her fungi bounty, will teach and certify mushroom foragers who participate in RCC’s new class.

Stesha Warren forages for wild mushrooms. The expert will conduct a two-day mushroom identification course at RCC this weekend.

Mushroom expert Stesha Warren, with her fungi bounty, will teach and certify mushroom foragers who participate in RCC’s new class.

WENTWORTH — There is precious fungus among us.

Indeed, a wide array of profit-bringing mushrooms grow wild in the woods of Rockingham County and across the state.

And this weekend, local mushroom identification expert Stesha Warren of Stoneville will lead seminar participants on a two-day foraging expedition course at Rockingham Community College, during which they will learn to discriminate between edible and poisonous varieties.

Students will also earn a valuable certification by completing RCC’s new course — credentials to allow them to sell wild mushrooms in arenas, such as farmer’s markets, grocery stores, and restaurants in multiple states. Such certificates last for five years.

Curious naturalists and homesteaders, who wish simply to harvest the wild fungi for personal use, will be able to “proceed in confidence in the harvesting and consumption” of state-approved mushrooms species after her course and exam, Warren noted.

Beyond mushroom hunting’s potential profitability, the practice is a fine way to commune with nature — a task that demands close observation of one’s wild surroundings. A kind of meditation, Warren said.

“Time with nature is invaluable,’’ she said. “When one really starts to delve into foraging on any level, it can be life changing and hugely beneficial. Fungi, in particular, are fascinating, unique, and fun. When mushroom hunting, you have to slow down. It’s not your average hike or nature observation. You observe trees, soil, waterways, life transitions, and really experience (the) environment that you’re in. It’s a great way to disconnect from the business of our daily lives. There’s always more to learn and experience when you step into a forest.’’

For those folks who’d like to make a career or part-time hustle from selling wild mushrooms, the course “prepares students to be safe and accurate in identification’’ of all species, as well as the “legalities and procedures for safe handling and sale,’’ Warren said.

Whether beginners or advanced foragers, mushroom hunters will learn to master the sometimes complicated work of identifying tasty and marketable fungi allowed for sale across the state.

Those varieties include: pink and golden chanterelles; yellow, tulip, and black morels; black trumpet; lobster; wood ears; chicken of the woods; and beefsteak.

Not until May 2017, were wild mushrooms regulated by the state. As a result, sellers here must now present certification and approval by the state health department.

Trained herself by fungi cultivators and researchers at Mushroom Mountain in Easley, South Carolina, Warren’s course follows curriculum developed by MM’s owners Tradd and Olga Cotter and is the only course approved by the health departments of six states: North Carolina, South Carolina, Virginia, Georgia, New York and Pennsylvania.

The cost of the class is $250. The course, which equips students with slides and a study guide, will run from 9 a.m. to 5 p.m. on Saturday and Sunday.