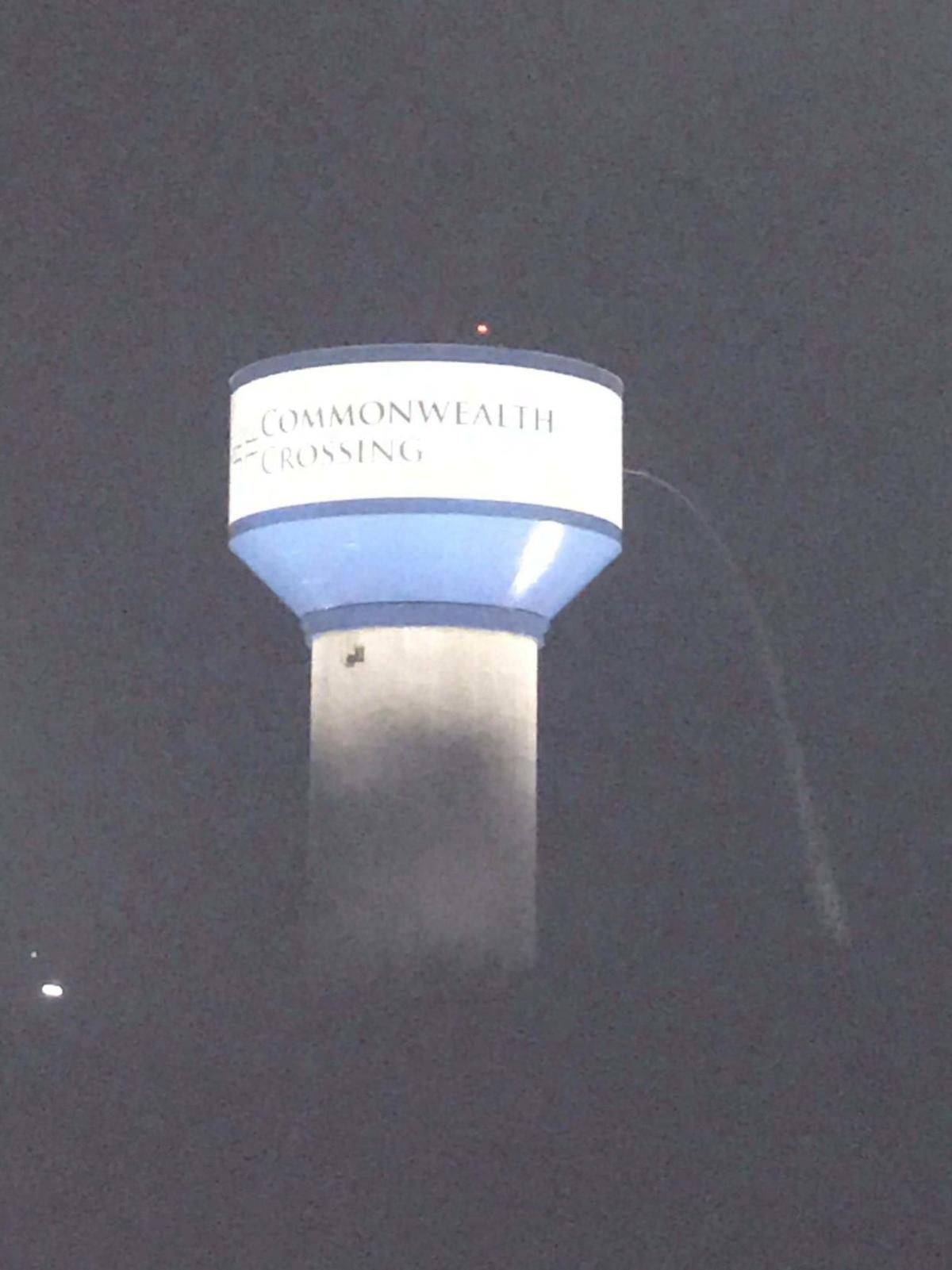 Tiffany and Chris Hall of Ridgeway noted a geyser of water gushing out of a hole or crack in the water tower at Commonwealth Crossing Business Centre in Ridgeway at about 6:40 p.m. Sunday. The water was “pouring out like a waterfall.” Tiffany Hall called 911 to report it. The water leak “was pretty eerie-looking ... the pictures don’t do it justice. I think it’s because you can’t get a feel of the scale of just how large that tower is, and how much water is coming out.” The iconic tower is at the North Carolina/Virginia state line next to U.S. 220. The business center is home to Press Glass manufacturing center and the Commonwealth Centre for Advanced Training. 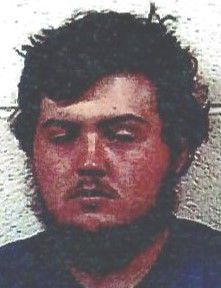 RIDGEWAY, Va. — A Rockingham County man who investigators said had told his friends that he had shot the hole in the water tower at Commonwealth Crossing Business Centre in Ridgeway, Virginia, has been arrested and charged with doing just that.

Aaron Chase Clayton, 21, of 413 Janet Road in Stoneville has been charged with firing a bullet that struck the tower on Jan. 4, causing repairs of about $35,000, a Henry County Sheriff’s Office release said.

Clayton was the man court records show who investigators had interviewed after they learned he had said he used a sniper rifle to shoot the tower after a smaller weapon had failed. Those investigative files stated that he had told investigators that he only was having fun when he told friends he was the person who pulled the trigger.

The release said that deputies based the arrest of Clayton on numerous interviews and video surveillance. They obtained and executed a search warrant.

Clayton is charged with one count of felony vandalism and one count of reckless handling of a firearm, a misdemeanor.

He has been arrested and is being held in the Rockingham County Detention Center, awaiting extradition to Henry County, Virginia.

Rockingham County is holding Clayton on a fugitive from justice warrant based on warrants in Henry County, the release said. He is under a $15,000 secured bond.

The release said investigators had heard from “many concerned witnesses and citizens that came forward with information in this case” and continued media coverage.

The investigation is ongoing, and anyone having information regarding this incident is asked to contact the sheriff’s office at 276-638-8751 or Crimestoppers at 63-CRIME (632-7463). The Crimestoppers Program offers rewards up to $2500 for information related to crime.