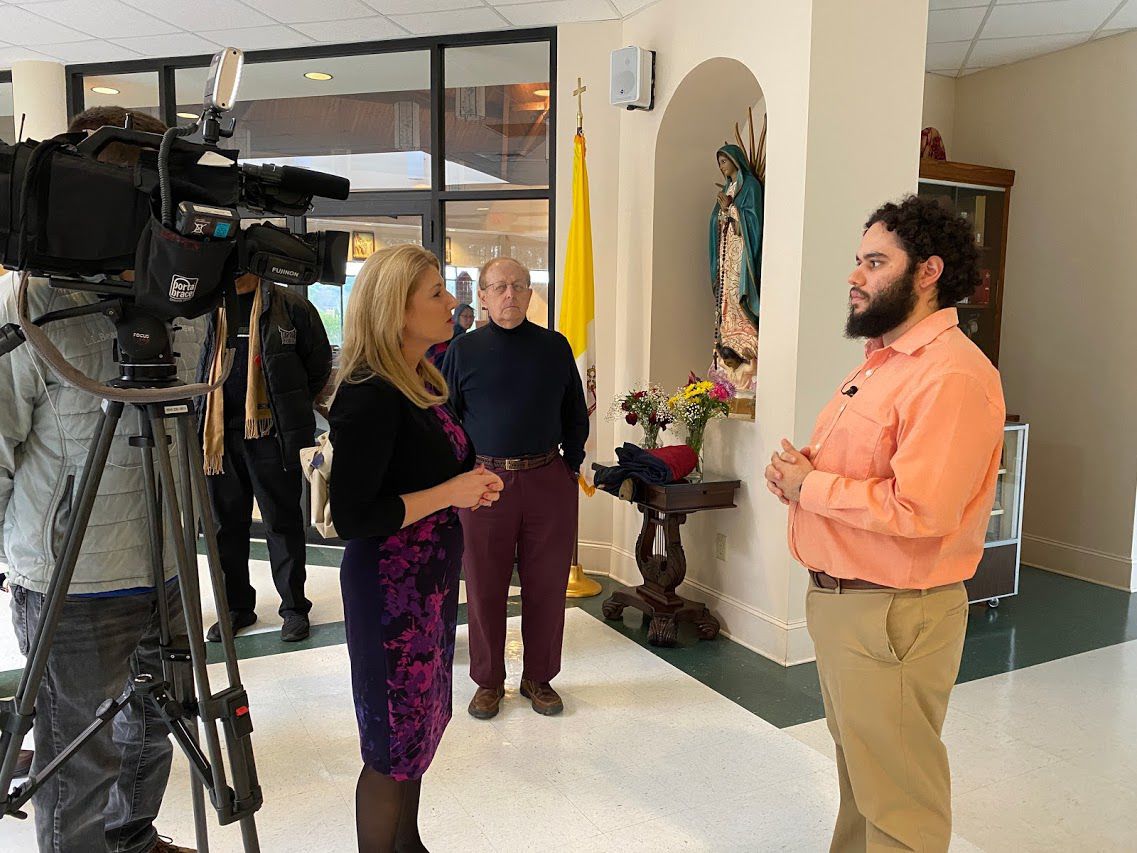 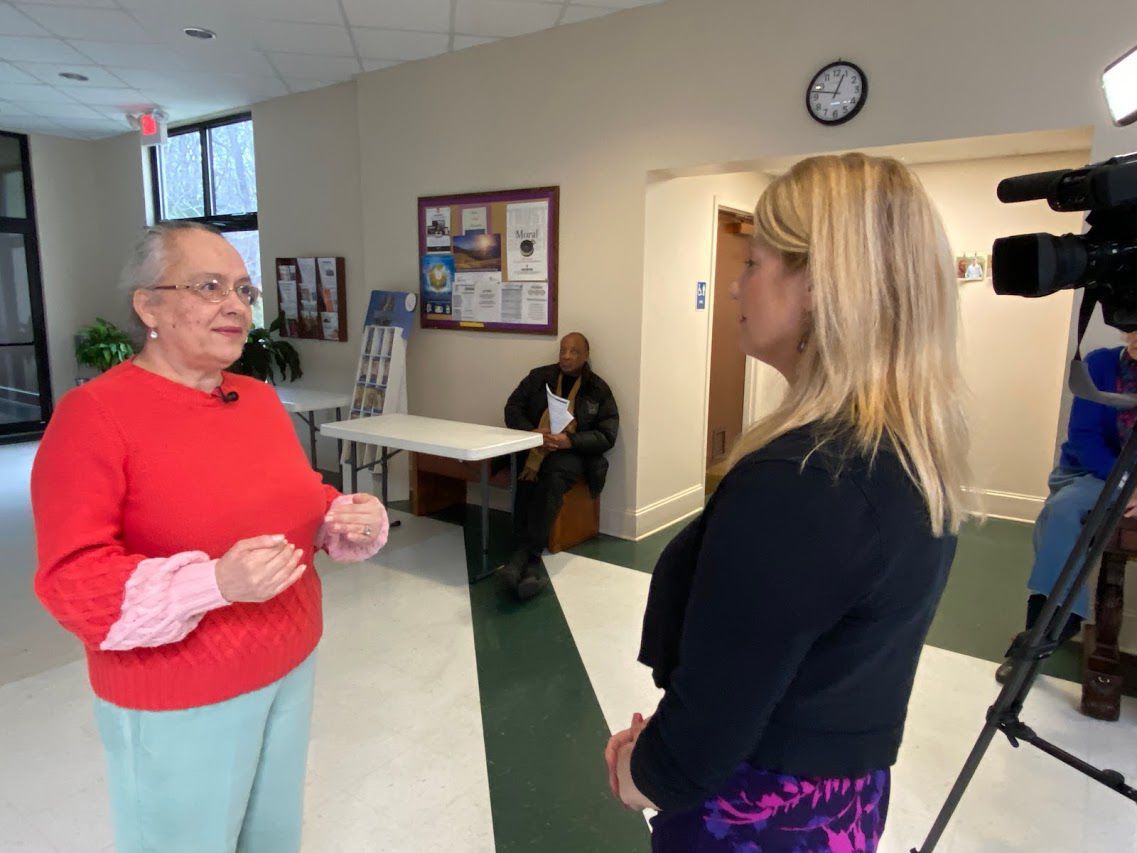 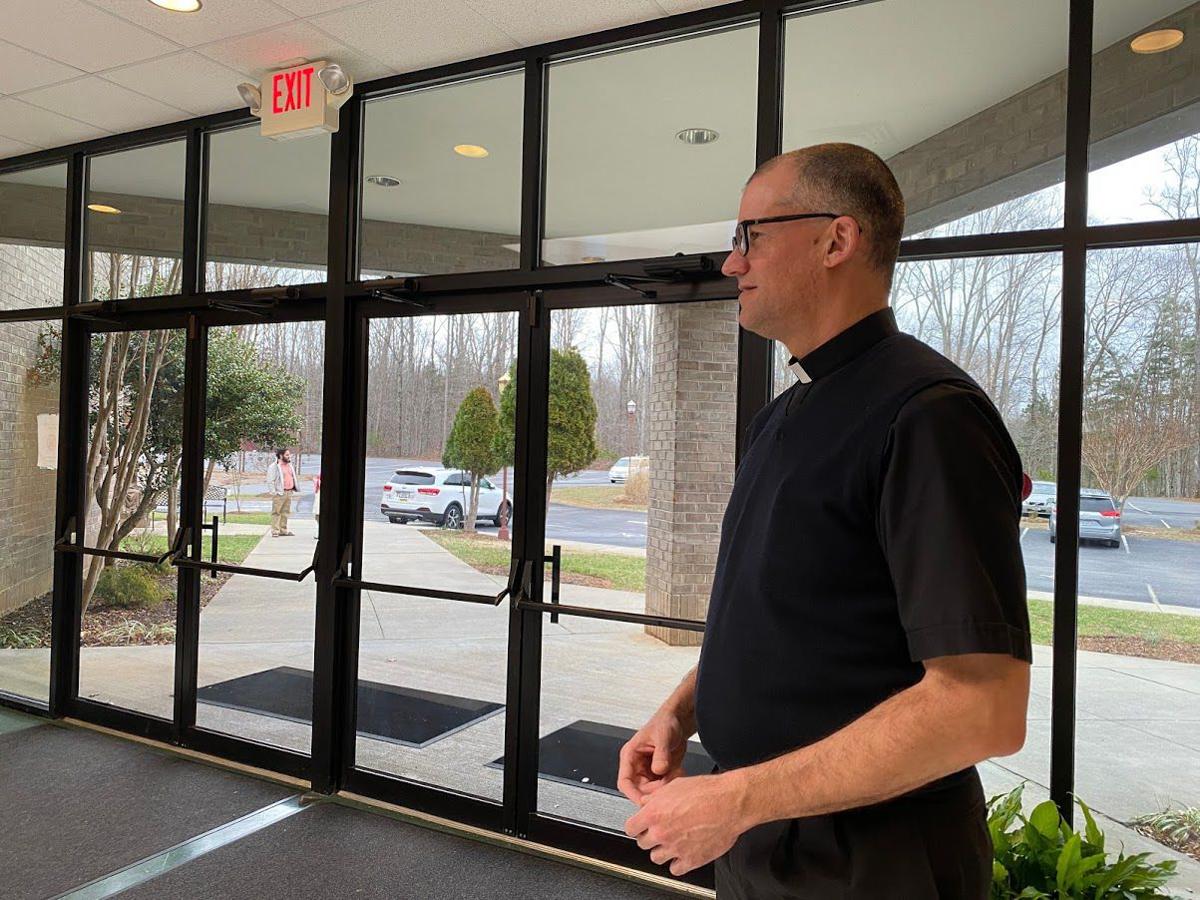 Father Mark White watches from a distance after mass Monday as Richmond TV station WRIC-Channel 8 interviews parishioners about their priest being forced to silence. 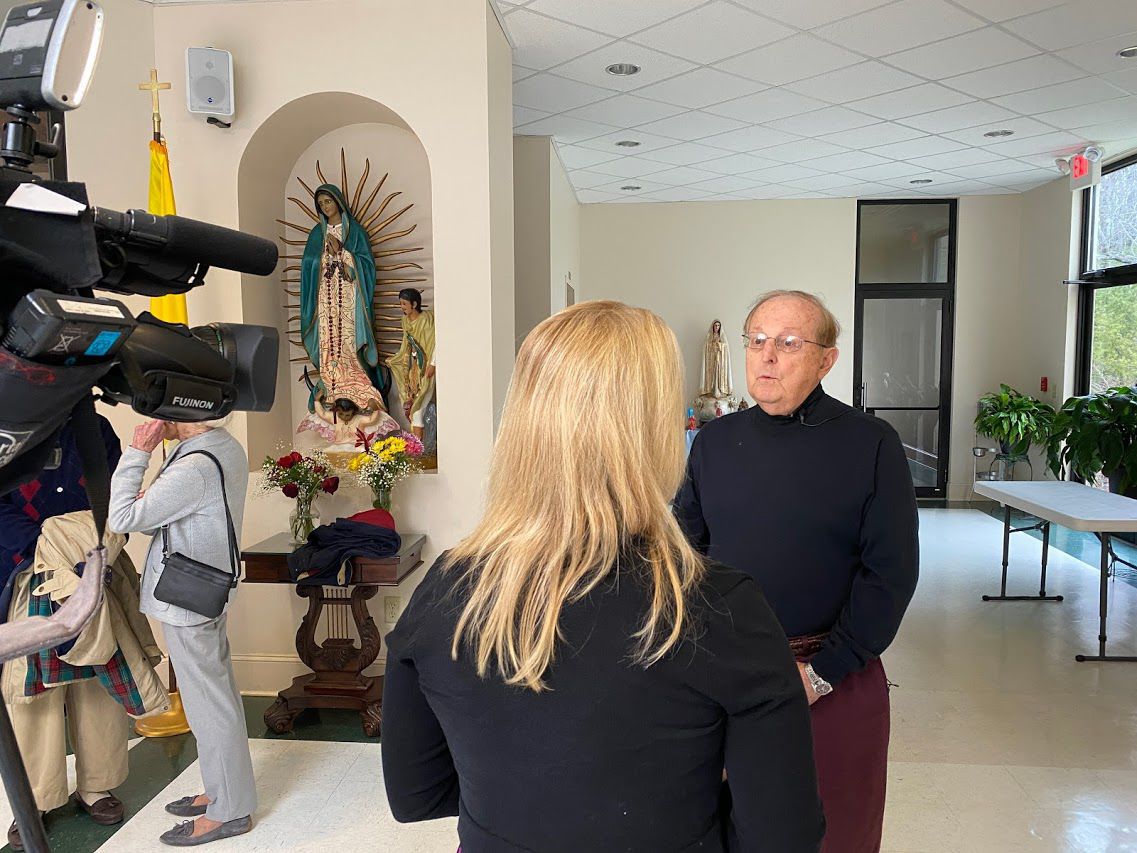 Father Mark White watches from a distance after mass Monday as Richmond TV station WRIC-Channel 8 interviews parishioners about their priest being forced to silence.

That truce reached last week in a dispute between a Martinsville priest and a Richmond bishop that preserved the priest’s job now appears to have been short-lived.

But White refused to sign the order, presented to him orally, because he wasn’t given the directive in writing, and he said he questioned its legality in the first place.

Bishop Barry Knestout late last year had ordered White to silence and threatened to remove him from the priesthood because of a popular blog White populated with comments of frustration and disgust about how the church hierarchy had responded to the many sexual abuse scandals in the church and particularly the cases involving former Cardinal Theodore Edgar McCarrick, who had ordained White as a priest.

At the conclusion of their meeting on Wednesday, Knestout amended his order to allow White to post his homilies to the websites of both parishes, but he had held firm his earlier demand that White cease blogging and commenting about the church’s positions on McCarrick and other cases.

“We hung around and waited for them to show up,” said Joseph Graf, a member of the St. Francis of Assisi’s parish council. “They were very abstract, terse and business-like.”

Graf was invited into the meeting with White, the two vicars and two other members of the parish.

A statement was read to White by Segerblom to confirm the bishop’s permission to allow White to post his homilies to the parish websites but reinforcing that he is prohibited from offering personal opinions by means of social media, by audio or video, in print or any digital means.

If White fails to meet the demands of the bishop, he will be subject to additional penalties and could be fired.

“It almost looked like it was something they forgot to do after the meeting in Richmond” Graf said. “It was very brief.”

White was told to sign a statement agreeing to the orders that had been read to him and that he understood them.

Unlike a visit to Rocky Mount in November by Knestout, this time White refused to sign because he wasn’t allowed to read the document to be sure it said what he had heard.

“I have a question about whether the bishop’s directives to me are legally enforceable under church law if I never receive them in writing,” White said. “I have received nothing in writing about the content of my blog since the bishop’s letter to me in September 2018.”

Asked if anything had changed, White said: “I believe, based on my memory of what I heard read, that the second [directive from last week] amended the first [from November] to the following effect: I do not risk removal as pastor if we put the text of my Sunday homilies on the parish websites of St. Joseph and St. Francis.

“The threat of removal remains in force for any other dissemination of my writings on the internet.”

Despite not signing the most recent directive, White said he would comply with the demand.

Asked for a comment on White’s position, Deborah Cox, communications director of the Catholic Diocese of Richmond, said in an email to the Bulletin late Monday afternoon that “you have our statement that is all we wish to say at this time.”

WRIC-Channel 8, a television station in Richmond, sent a reporter to Mass at noon Monday at St. Joseph in Martinsville. Several of the parishioners were questioned by Reporter Kerri O’Brien after the service.

“Father Mark has done an excellent job,” Parishioner Gerry Lawicki said. “I’m a lifelong Catholic, and he [White] needed to address this issue.

“We need more action — it [sex abuse scandal] not only is a sin, it’s a crime. Sure the blog was irritating to the hierarchy, but he [White] was right on it.”

Said Sebastian Lopez: “Father’s blog was fair and balanced. This has been a problem for several years, but I’m optimistic it will turn out well.”

Lopez’ mother, Iris Lopez, said she wasn’t so sure: The church hierarchy is “not transparent — otherwise Father Mark would not be writing.”

White said he was “very humbled” by the people who spoke about the problem to the media.

In his homily at mass on Monday, White spoke of the Sermon on the Mount: “Blessed are the pure in heart, for they will see God. May God give us the gift for that to be us.”

Graf and his wife were on the road headed to their winter home in Florida for the rest of the month.

“We came back to go with Father Mark to the meeting in Richmond last week,” Graf said. “Now we’re headed back.

“I thought this thing was going to be on hiatus, but it’s obvious it’s far from over.”