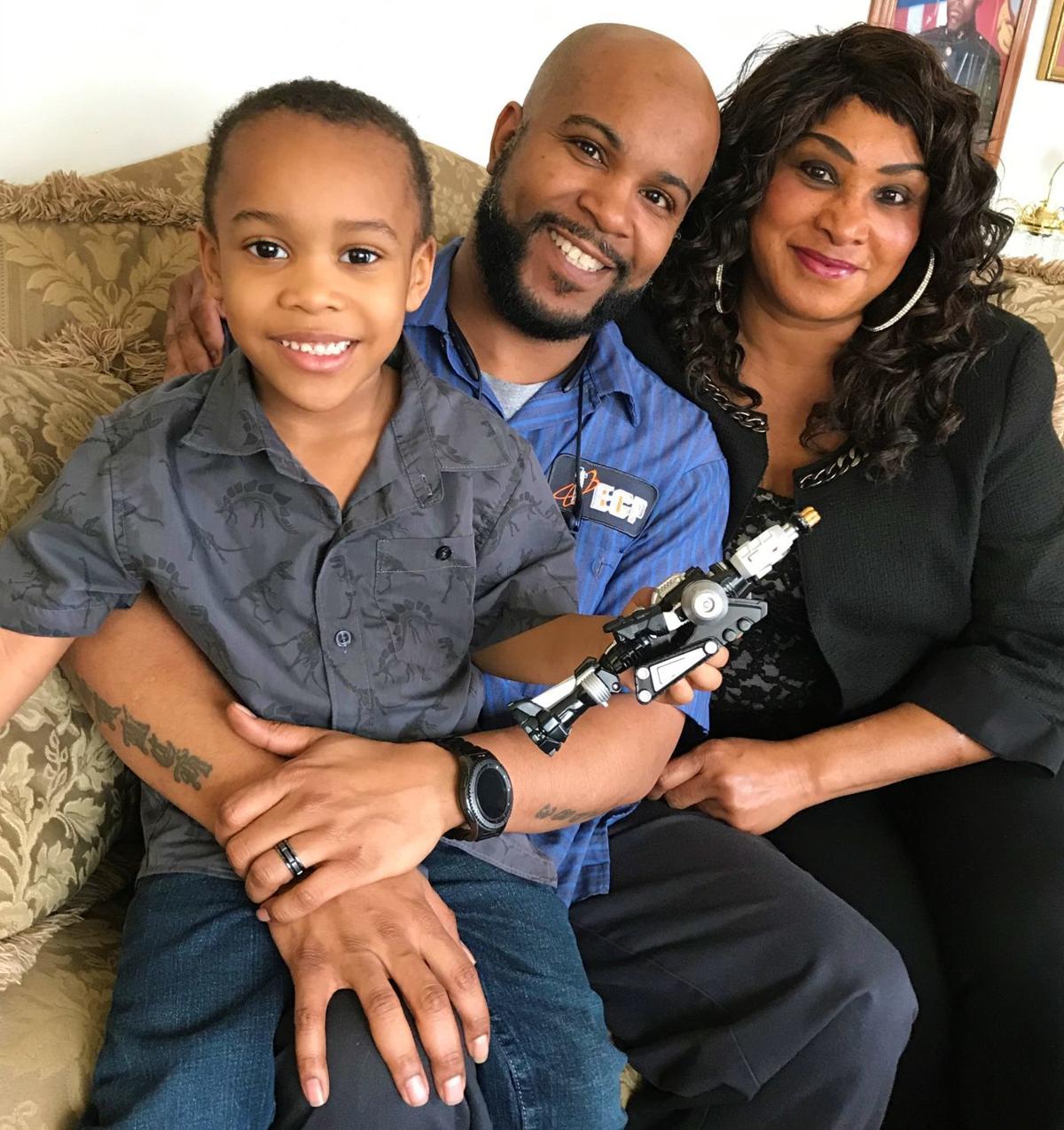 Good Samaritan Dominique Jacobs of Danville (center) pulled a senior citizen from a house fire to safety Monday night along N.C. 700. He recently recounted the incident with his proud mother, Lisa Jacobs of Danville, and son, JaKobi, 4. 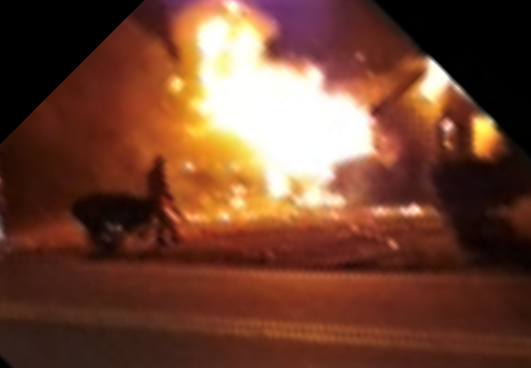 Firefighters arrived at the house fire on N.C. 700 near Eden around 9:30 p.m. Monday night after Danville’s Dominique Jacobs pulled a senior citizen from the scene to safety. The occupant sustained only minor injuries.

Good Samaritan Dominique Jacobs of Danville (center) pulled a senior citizen from a house fire to safety Monday night along N.C. 700. He recently recounted the incident with his proud mother, Lisa Jacobs of Danville, and son, JaKobi, 4.

Firefighters arrived at the house fire on N.C. 700 near Eden around 9:30 p.m. Monday night after Danville’s Dominique Jacobs pulled a senior citizen from the scene to safety. The occupant sustained only minor injuries.

EDEN — Dominique Jacobs felt adrenaline take over his senses Monday night as he rushed to help a man here from a burning house.

“I was on the way to work, and I came up on a soft curve and there was a lot of smoke,’’ said Jacobs, 36, a father of three who was eastbound on N.C. 700 around 9:40 p.m., heading to his third shift job at Eden Custom Processing, LLC, when he noticed the fire.

“I saw that the smoke was coming from a house, and since I didn’t see anyone outside, I was worried,’’ said Jacobs, an ECP technician.

Suspecting someone might be trapped inside, Jacobs whipped into the driveway of 5928 N.C. 700 and “started blowing my horn and rolled down my window and I started screaming out, ‘Hey, hey, hey’ in case there was somebody inside sleeping,’’ he said Friday morning, recounting the story during a visit with his proud mom, Lisa Jacobs, also of Danville.

Son Jakobi, 4, played with a superhero toy and a robotic hippo as the young dad explained how his gut and the chemical instinct to help, made him completely skip assessing personal risk.

“My horn or something woke the man up, I don’t know exactly which, but he opened his front door, walked out and fell on the ground,’’ Jacobs said. “And when he opened the front door it created a back draft and there were flames coming out the front door toward him. So I pulled him down onto the curb,’’ he said, explaining embers caused fire to flare on the man’s sleeves, which Jacobs helped extinguish.

“I really wasn’t thinking. It was just that when I saw it and nobody was outside, and that house was smoking ... ,’’ he said. “My mind was like: ‘Maybe somebody is in there.’ And when he came out of the house, I knew I was right.’’

“The man asked me to call 911, and then he asked me to get water and try to stop the fire,’’ Jacobs said, explaining he could not because the house appeared to be overtaken by fire.

Shortly afterward, a nurse driving by stopped to render aid, then a couple pulled over and helped Jacobs pull the home owner across the highway, farther from the blaze.

“The man was older, and when he got out of the house, he couldn’t move, and I realized, ‘Oh my God, I’ve got to pull you out of here’ because the flames were right there,’’ Jacobs said.

Nearby Ruffin, Oregon Hill, Yanceyville Road and Draper Fire Departments responded to the scene in short order, but had some difficulty pumping water from one of the fire trucks, Jacobs said.

Rockingham County Fire Marshal William Lingle could not disclose the name of the home owner or details about his health or the condition of the house on Friday.

County property records list residents of the house as Larnell and Geraldine Baize.

Lisa Jacobs said her son’s heroism and selflessness do not surprise her.

“I feel very proud of him,” she said Thursday. “That’s the type of person he is — he always puts other people first. He’s always been a very loving and caring son, too. If you need him to do anything, he’s always there, willing to help,’’ she said.

That’s evident as Jacobs plays with his son Friday morning, despite having worked all night. It’s a daily routine for the husband of dental hygienist Vernisha Jacobs, who tag teams with his wife caring for their youngest child until his daily naptime around noon.

Kindness in a time of crisis is a terrific asset to a community, Lingle noted.

“It’s a good thing for neighbors to help neighbors and be Good Samaritans and reach out when they see their neighbor in need.’’

Some of our most-read stories at Greensboro.com from the past week.