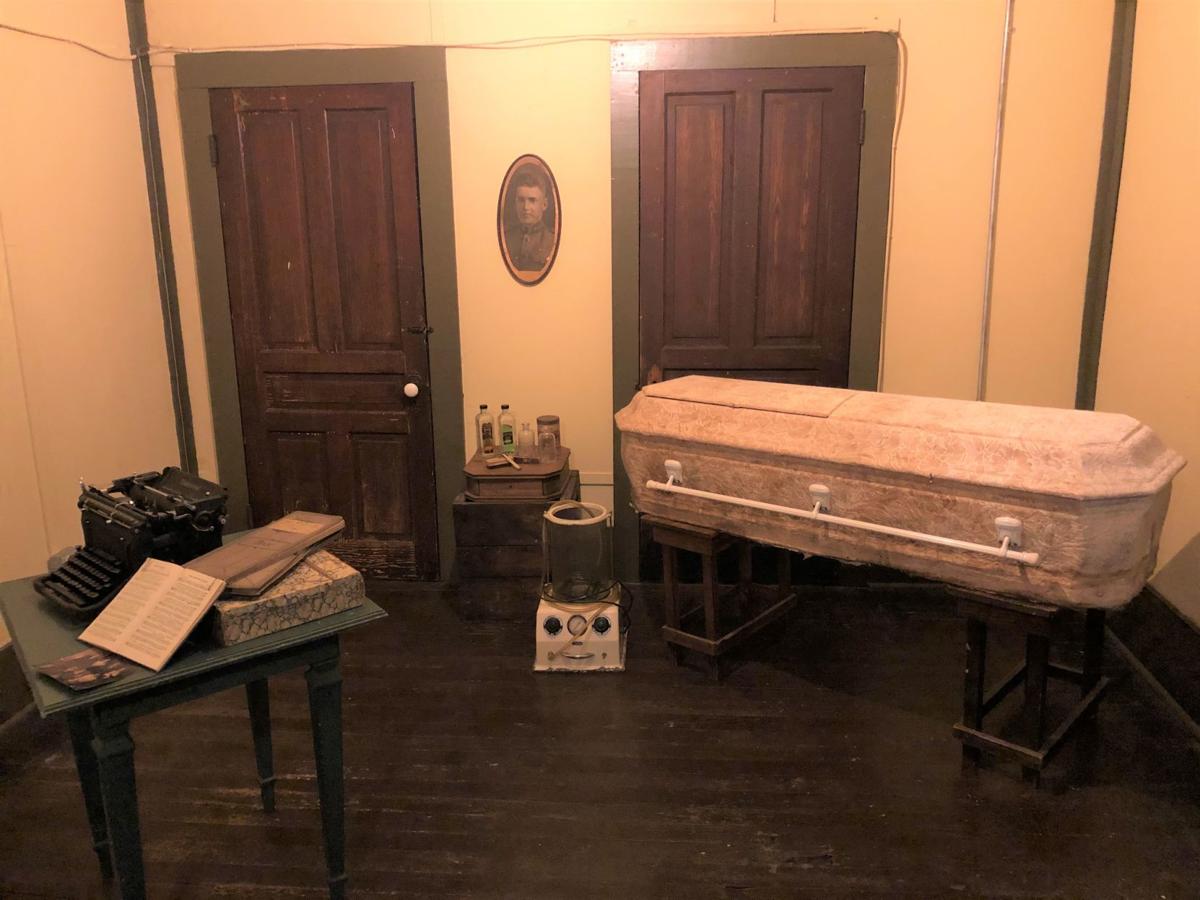 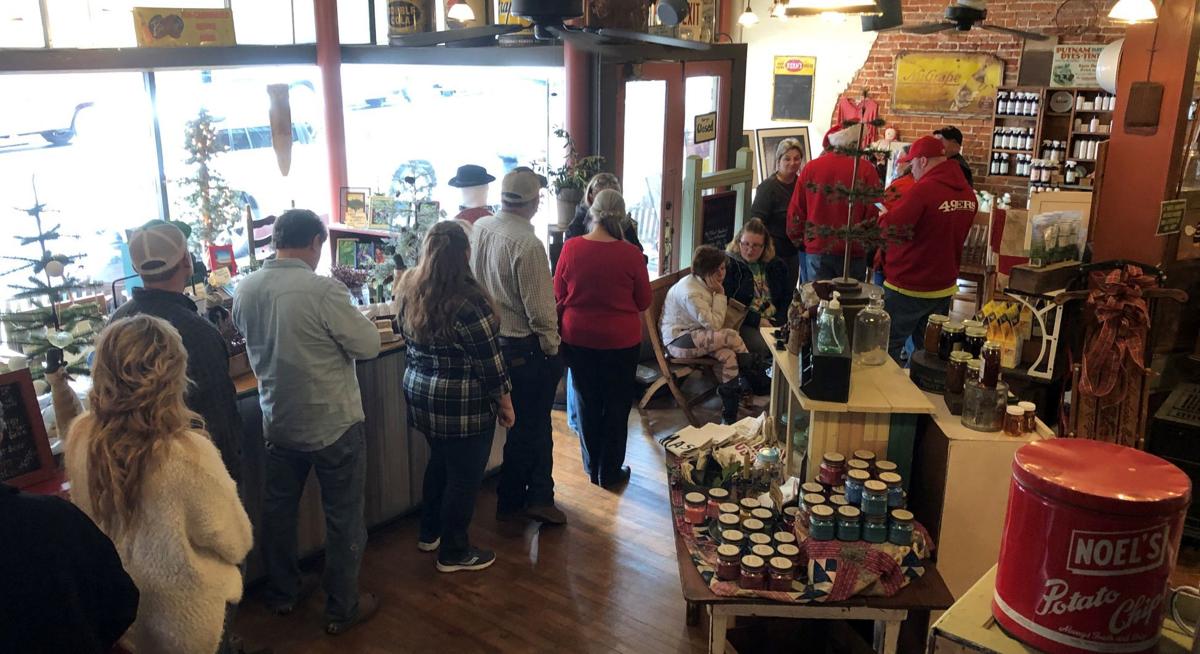 Curiosity about the 1929 Christmas Day Lawson Family Murders brought a crowd of folks from Rockingham and surrounding counties to Madison on Saturday to a commemorative book signing, documentary film screening and museum tours. 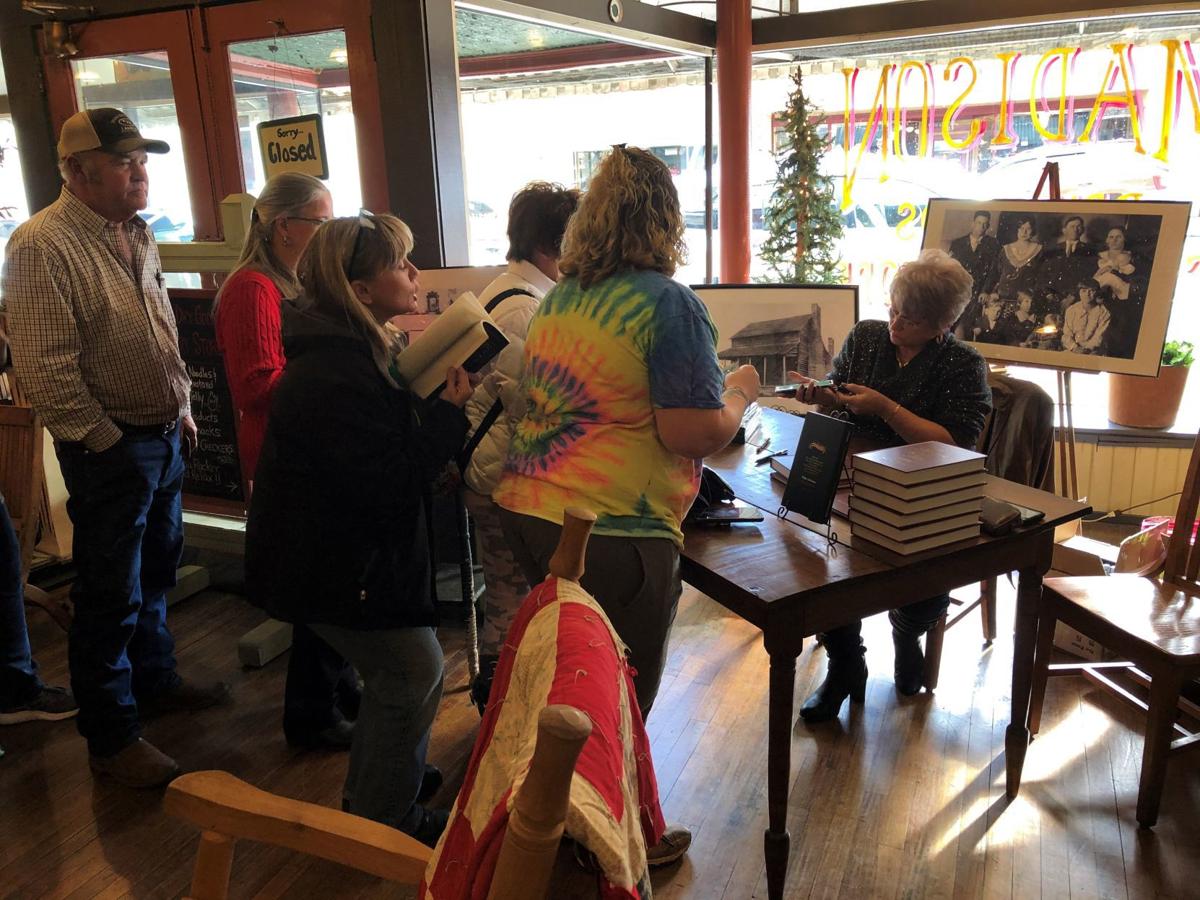 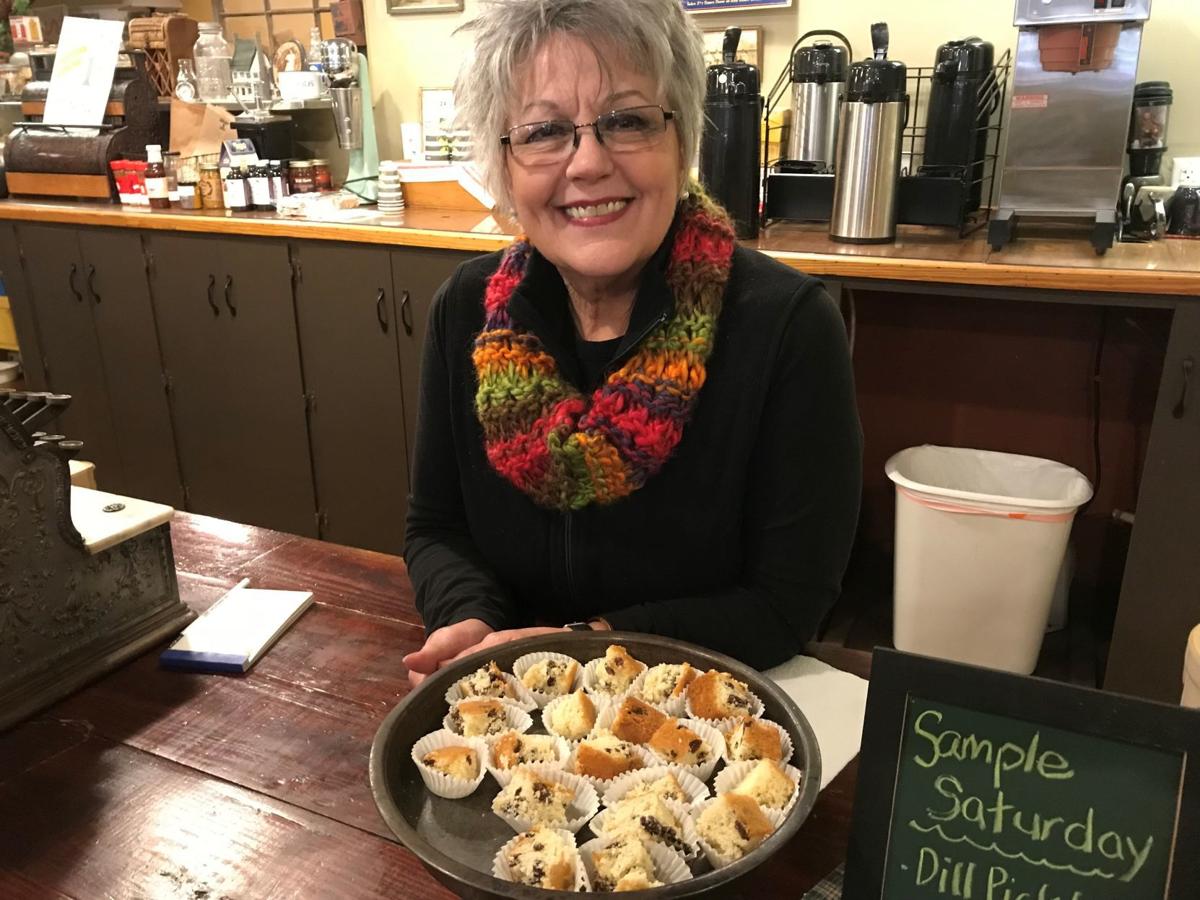 Kathy Miller of Madison Dry Goods baked a special old fashioned raisin cake as a tribute to Marie Lawson, the eldest Lawson child, who was murdered at 17. Marie had baked such a cake for her family on Christmas Day 1929, but the cake was found untouched in the bloody Lawson home.

Curiosity about the 1929 Christmas Day Lawson Family Murders brought a crowd of folks from Rockingham and surrounding counties to Madison on Saturday to a commemorative book signing, documentary film screening and museum tours.

Kathy Miller of Madison Dry Goods baked a special old fashioned raisin cake as a tribute to Marie Lawson, the eldest Lawson child, who was murdered at 17. Marie had baked such a cake for her family on Christmas Day 1929, but the cake was found untouched in the bloody Lawson home.

MADISON — Seven days from today will mark the 90th anniversary of the grim and snowy Christmas Day that has fascinated and haunted locals and crime buffs who still ask: “Why?’’

Charlie Lawson, a 43-year-old Stokes County farmer, shot and bludgeoned his wife and six of his seven children in Germanton before taking his own life on that Christmas afternoon in 1929, the same year the nation plunged into the Great Depression.

Folks in Rockingham and Stokes counties were faced with reconciling the brutality of Lawson’s gruesome crimes with the serenity and cheer of the season.

Their focus shifted from feasting and song with friends and family to watching a crime and funeral that would draw the attention of a nation and more than 5,000 folks to a group burial.

This little town along the Dan River handled the autopsies and embalming that ill-fated Christmas night at the T. D. Knight Funeral Parlor on the second story of the Penn Hardware Building at 104 W. Murphy Street downtown.

And on Saturday, the former embalming room and visitation parlors came back to life.

In fact, the elevator used to hoist the Lawson corpses to the second story parlor is still in working order, a point of pride for the Millers, who on Saturday held an event to commemorate the 90th anniversary of the mysterious slayings.

The day included a book signing and documentary film screening related to the murders, as well as museum tours during which patrons could purchase copies of a Lawson Family portrait, made just days before the slayings and featuring them in the new clothing they would wear to their graves.

By early Saturday afternoon, folks had lined up across the Miller’s vast store, cash in hand and eager to speak with Trudy Smith, author of two exhaustive books about the case, “Christmas, Bloody Christmas,’’ and “The Meaning of our Tears,’’ which she penned with her late father Bruce Jones.

“We had a tremendous turn out and the she sold all of the books. We had people backed up across the store,’’ Richard Miller said. “Some of the descendants of the Lawson Family were also here, and they were happy to see the work we had put into the museum …”

Kathy Miller baked and offered samples of a special raisin cake to pay tribute to a baking effort by the Lawson’s eldest child, Marie, 17. Her Christmas raisin cake was found atop a dining table in the blood-drenched Lawson home in 1929. It was untouched.

Dan Sellers, owner of Wreak Havoc Productions, a Greensboro film company, was on hand Saturday to screen his DVD about the killings, “Trouble Will Cause.’’

By the end of the afternoon, Sellers had sold out of copies.

So what fuels the perennial fascination with the Lawson crime?

“In my opinion, it’s just the mystery behind it … the “why’’ did he do it? Nobody really knows. Was it because his daughter was pregnant or because his head had been hit by an axe?’’ Richard Miller said. “Plus it’s local and it’s the anniversary, and people just find it fascinating.’’

In his film, Sellers, “ ... tried to really focus on the psychological aspects of what’s called a family annihilator — someone who commits familicide and kills their family and often time, themselves, as well,’’ the filmmaker told WFDD radio in 2018. “We try to stay away from a definitive motive or more traditional thinking of a motive for a crime like this,’’ he told the public radio station.

To satisfy the curiosity of their customers, the Millers say they plan to host another book signing and DVD screening in January or February.

Meanwhile, folks who want to learn more about the crime through historic news clippings, photo and artifacts may visit the museum at Madison Dry Goods during the store’s regular business hours.

For more information, visit the store’s website at http://www.madisondrygoods.com.