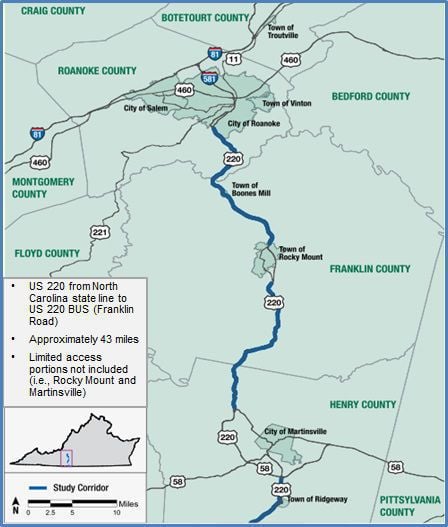 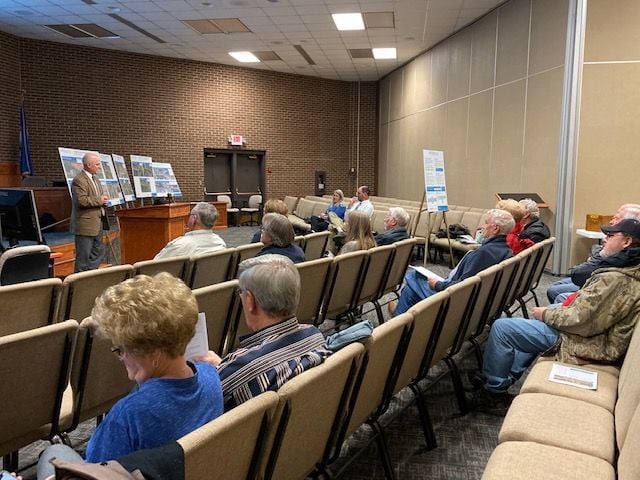 The crowd in the Henry County Administration Building listens to the presentation. 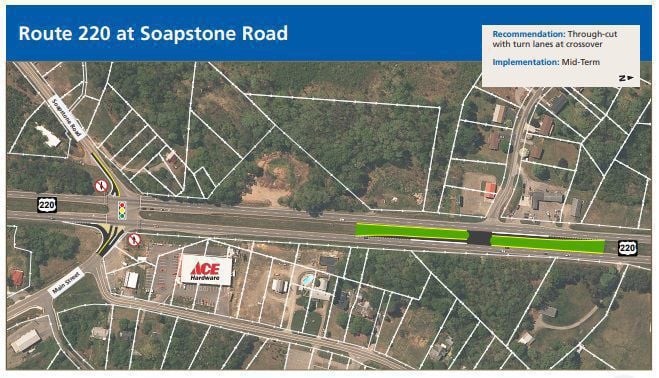 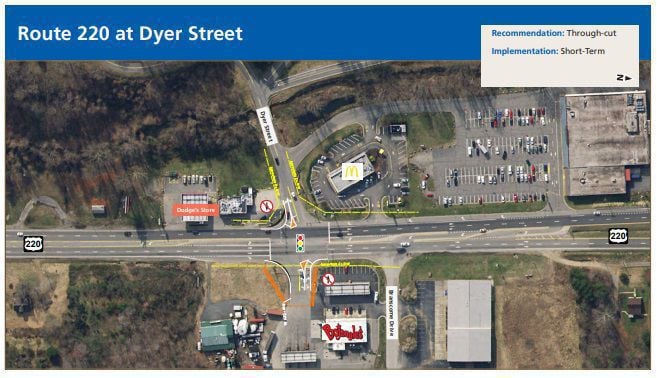 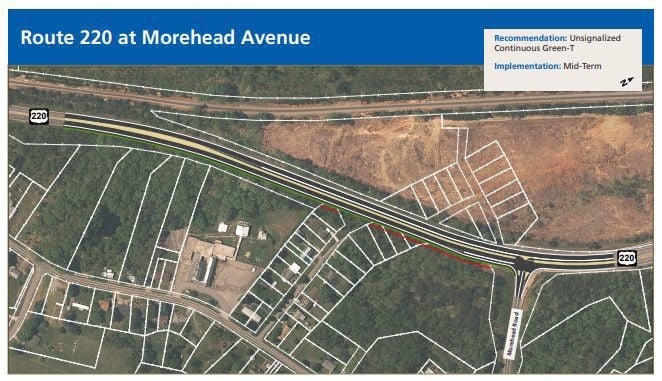 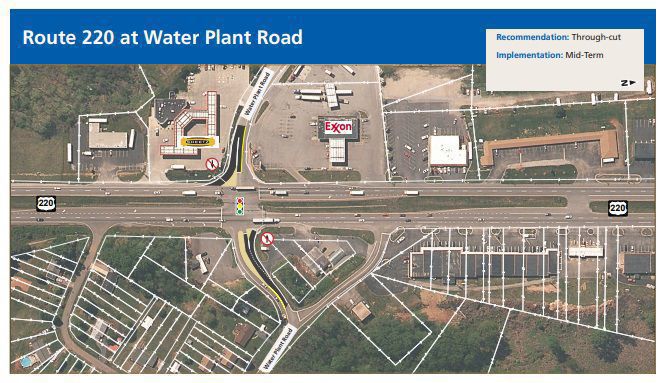 Potential changes for U.S. 220 around the water plant.

The crowd in the Henry County Administration Building listens to the presentation.

Potential changes for U.S. 220 around the water plant.

Approximately 30 people showed up Thursday afternoon at the at the Henry County Administration Building to hear how state officials might change U.S. 220 in Henry County with an eye toward making this busy thoroughfare safer and more efficient for traffic.

The Virginia Department of Transportation shared its concepts for what it calls the Route 220 Preservation and Improvement Plan and then asked for public input. Most who attended, including Henry County Supervisor Tommy Slaughter of the Reed Creek District, listened, asked a few questions and departed within about an hour.

This was after they looked over preliminary design concepts that restrict median crossovers and reduce the volume of turning movement required at intersections. The plans also include improving traffic signal operations throughout the entire U.S. 220 corridor.

“This plan has been requested to identify investment recommendations that will help preserve and enhance this key transportation corridor due to the important role it plays in the region as a significant freight and tourism corridor serving Martinsville and a key facility for connections to North Carolina and points south,” VDOT Planner Michael Gray said.

Gray said the study area is approximately 60 miles in length, from the North Carolina line to Route 419 in Roanoke. This corridor includes two limited-access bypass segments at Martinsville and Rocky Mount that are considered to be improved and, therefore, won’t be addressed in this study. This also has nothing to do with the U.S. 220 Southern Connector being planned from the North Carolina line to a point as yet to be cemented on the bypass or any long-range plans for Interstate 73.

VDOT is seeking to identify strategies to preserve capacity, enhance safety and support future growth along U.S. 220 in the North Carolina-to-Roanoke corridor.

“These are suggestions that we have developed to make the roads safe, increase green time the amount of time signal lights stay green — and allow for a better flow in traffic,” VDOT spokesperson Jason Bond said. “Once the public has an opportunity to comment and respond, then the governments of the communities involved will indicate to us what they like and don’t like and maybe have additional projects that could be included.”

A study team was on hand to speak with people in what VDOT officials describe as an “open house” format. A formal presentation of about 30 minutes preceded a period for questions.

“These are smaller projects that can be funded to improve roads in this area of the state. Funding is weighted, and Northern Virginia scores higher because of additional traffic. In Henry County we look more at safety and economic development,” Bond said.

Some 44 projects have been identified by VDOT in Henry County and are included in this plan. They involve the location, spacing and design of driveways, medians, median openings, traffic signals and interchanges. Safety improvements include signage, rumble strips, guardrails, paved shoulders, beacons, markings and vegetation removal.

Among those listed were U.S. 220’s intersections with:

Similar information was presented earlier this month at Clearbrook Elementary School in Roanoke and Essig Recreation Center in Rocky Mount.