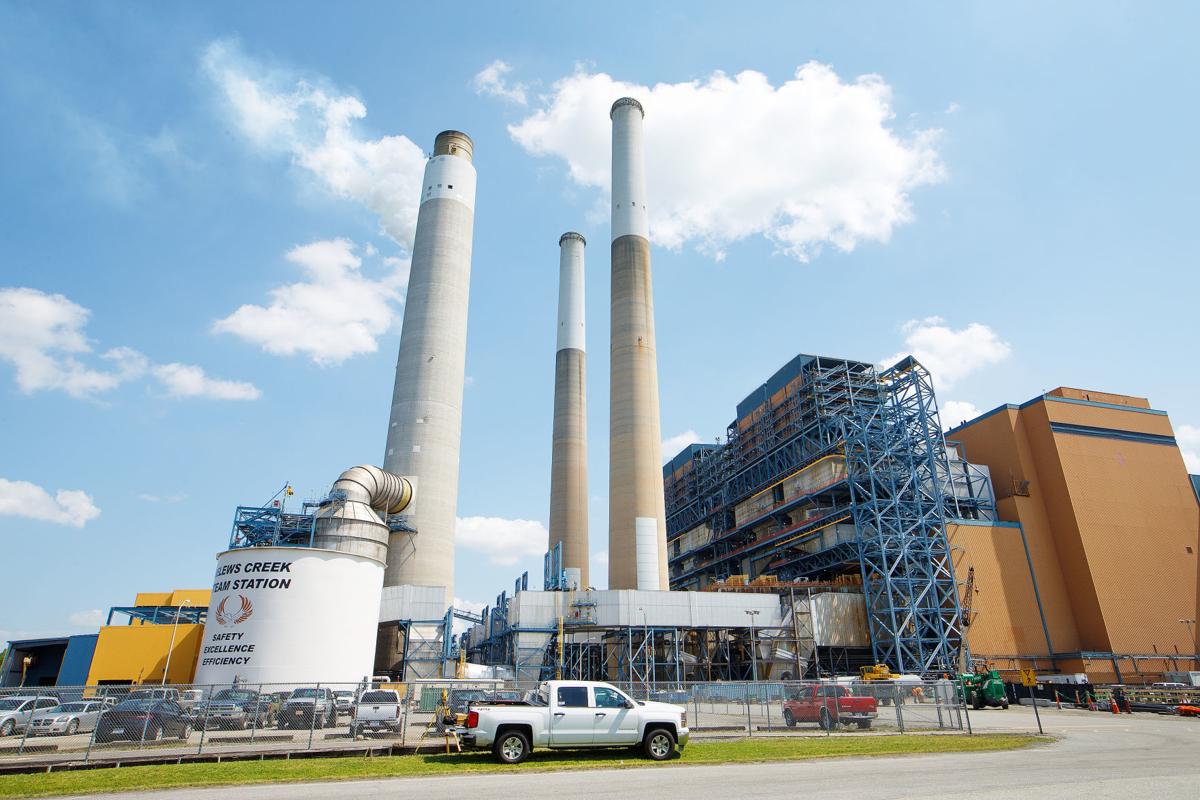 This is an exterior view of the Belews Creek Steam Station near Stokesdale in 2015. 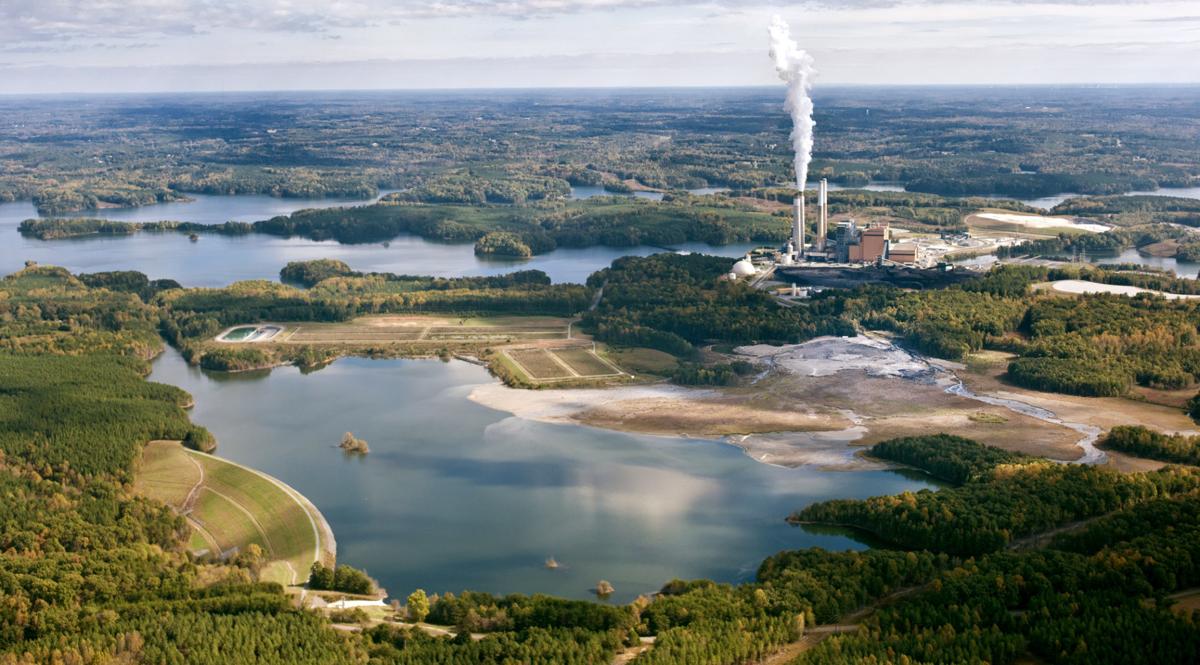 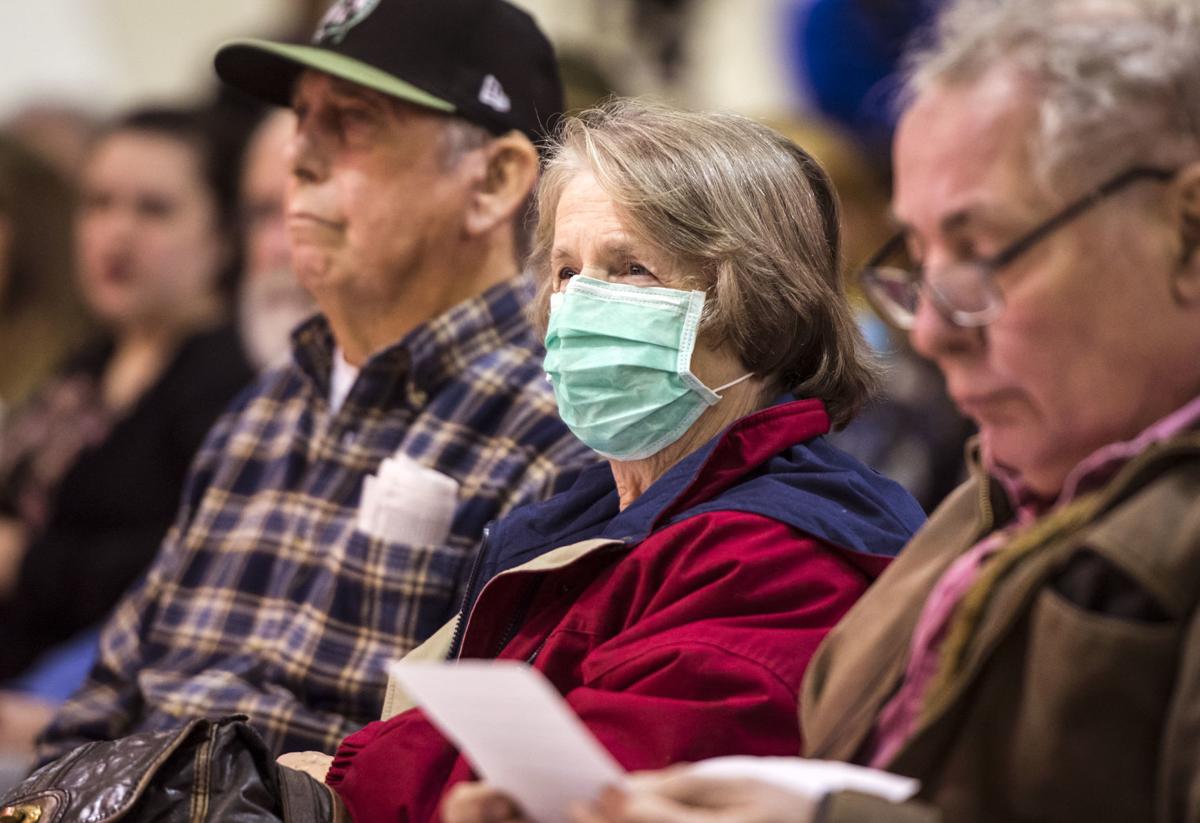 Linda Hicks, of the Dillard Community, wears a face mask during a meeting outlining options for closing coal ash impoundments on Thursday, Jan. 10, 2019, in Walnut Cove, N.C. Hicks says she wears the mask primarily due to environmental threats posed by the Belews Creek Power Station. 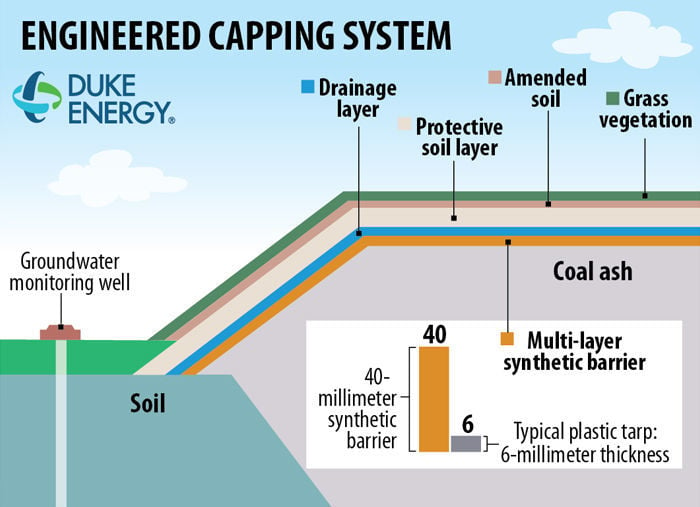 This is an exterior view of the Belews Creek Steam Station near Stokesdale in 2015.

Linda Hicks, of the Dillard Community, wears a face mask during a meeting outlining options for closing coal ash impoundments on Thursday, Jan. 10, 2019, in Walnut Cove, N.C. Hicks says she wears the mask primarily due to environmental threats posed by the Belews Creek Power Station.

State environmental officials ruled Monday that Duke Energy must dig up all of the coal ash near the Belews Creek Steam Station for disposal in a lined landfill or for possible recycling.

They rejected the “cap-in-place” technology at Belews Creek and five other North Carolina sites where the utility said that alternative could both protect the environment and save money.

The North Carolina Department of Environmental Quality said regulators made their choice at Belews Creek because landfill disposal is the only way to completely protect groundwater near the Stokes County site from contamination that has already spread beyond the plant’s “compliance boundary.”

“DEQ rigorously reviewed the proposals, and science points us clearly to excavation as the only way to protect public health and the environment,” DEQ secretary Michael Regan said Monday in announcing the decision.

DEQ’s sweeping mandate applied to the Stokes County site along the Dan River, as well as to other plants near Belmont, Mooresville, Roxboro and Shelby.

Environmental groups praised the decision, which one lawyer described as “one of the most important steps in the state’s history to protect North Carolina and its citizens from toxic pollution.”

“It was obvious that in order to protect clean water and neighboring communities, Duke Energy needed to excavate all the coal ash from all the sites in this state,” said Frank Holleman, a senior Southern Environmental Law Center attorney based in Chapel Hill.

“Moving toxic coal ash away from drinking water sources used by hundreds of thousands of North Carolinians is a common sense move,” said Dan Crawford, the conservation group’s director of governmental relations. “It’s what the people wanted, and it’s what science demanded.”

Holleman said the law center continues to pursue a number of court cases involving coal ash against Duke Energy and state government, including one in federal court focusing explicitly on the Belews Creek plant that opened in 1974.

If everything works out as Monday’s action by DEQ suggests, it could bring an end to those lawsuits, Holleman acknowledged.

“What happens to the litigation depends on what Duke Energy does,” Holleman said.

In a Monday afternoon news release, Duke Energy did not say specifically what its response would be, but warned that the cost of putting all its submerged coal ash in landfills could almost double its statewide price tag for disposing of the waste.

State law requires the contents of all Duke Energy’s coal ash basins in North Carolina to be safely closed by Dec. 31, 2029.

But digging the ash from storage basins at all of its current and former coal-fired plants “will take decades, stretching well beyond the current state and federal deadlines,” the company said.

DEQ’s Regan said that Duke Energy’s latest financial estimates did not appear to match those the utility gave to environmental regulators during the course of their review and might include double counting some parts of the estimate.

“The cost that Duke provided to us was closer to between $3 billion and $3.5 billion,” he said.

Regan explained that the agency’s directive under state law was to base decisions about coal ash removal on the potential impact to the environment, natural resources and public health.

He said that any request by Duke Energy to pass increased coal ash costs to customers would be reviewed by the state Attorney General’s Office and the North Carolina Utilities Commission.

In its press release, Duke Energy asserted that various scientists and engineers support cap-in-place as a safe and effective technology, either by itself or in combination with partial landfill disposal.

The alternatives are “consistent with how hundreds of other basins around the country are expected to be closed,” the Charlotte-based utility said.

Regan said that DEQ analysts had not automatically rejected cap-in-place or Duke’s hybrid version in a knee-jerk manner, but had carefully reviewed their potential at Belews Creek and every other site.

“It was a site-specific decision driven by the on-the-ground facts and data of each site,” Regan said in a telephone interview Monday afternoon.

The utility has a total of 14 current and former plants in North Carolina that either are or were fueled by coal.

Eight sites have coal ash storage lagoons classified as having a higher risk of failure under the state Coal Ash Management Act, which by definition requires that their submerged ash be dredged up and buried in a lined landfill.

But until Monday, cap-in-place or a variation of that technology remained a possibility at Belews Creek and the other five, lower-risk plants that figured in the latest ruling.

For decades, Duke Energy and other utilities across the nation stored coal ash in lagoons. Critics depicted them as disasters waiting to happen.

The Coal Ash Management Act emerged after a February 2014 spill at the retired Dan River Steam Station near Eden released about 39,000 tons of stored ash into the plant’s namesake river.

The former Dan River site is among those classified as higher risk under the management act and is suitable for closure only by complete excavation of the ash and reburial in a lined landfill.

For months now, workers have been moving waste stored there into a new, lined landfill on the same property that eventually will hold some 2.8 million tons of ash.

But it took Monday’s 22-page ruling to reject a “hybrid” proposal for Belews Creek that proposed putting some of the lower-risk plant’s 12 million tons of submerged ash in a landfill, but leaving the rest “capped in place” under an impervious liner.

DEQ said in accompanying documentation that the landfill option at Belews Creek would reduce the contamination threat incrementally as the coal ash was removed and buried in a lined landfill, while the other options preserved contaminants in place for decades.

The Raleigh-based DEQ rejected alternatives to landfill disposal in six separate decisions that were announced simultaneously Monday for Belews Creek and five of Duke’s other coal-fired plants in North Carolina: the Allen, Cliffside, Marshall, Mayo and Roxboro plants.

In each case, DEQ said it chose the landfill option as “more environmentally protective than leaving the material in the “impoundment” — a term environmental agencies use to describe what the average person would call a storage pond or basin.

The decision requires Duke Energy to submit final excavation and closure plans by Aug. 1 for moving all the submerged ash to a suitable “industrial or municipal solid waste landfill located on-site or off site.”