Why is it that whenever people call Donald Trump to account, they are called “Trump haters”? Or they are told they just need to “get over” the 2016 election?

We should all be holding our elected leaders accountable, no matter the party affiliation. That’s what democracy is all about.

I am an unaffiliated voter and through my unaffiliated eyes, what I see in the letters Tom Imbus (“Pause from the hating and step up to help,” March 19) and others are referring to, is not hate or grudge-holding, but a desire to speak truth to power, a determination to get the facts out, and a need to make sure that our elected leaders are acting through allegiance to the Constitution they are sworn to uphold, instead of self-interest or allegiance to their party.

Maybe if readers like Mr. Imbus would stop reading through the lens of defensiveness, they would be able to stop gratuitously attacking others and, in Mr. Imbus’ words, be able to reflect on what’s important in this crisis and pull for the U.S. and the world.

Malarkey-it’s clearly not “holding Trump accountable” when the hate spewing began before he took office. It’s a visceral hatred, pure and simple.

I'll be generous and suggest Ms. McCoy sees the world thru a lens of sheer ignorance. For the last 3 plus years, she was ignorant of the multiple attempts to have President Trump removed from office. For the last 3 plus years, she missed out on celebrities like Kathy Griffin toting a severed mock head resembling Trump, Madonna talking about blowing up the White House, or more recently Cher calling him a murderer. She must have missed out on the myriad of Trump hating letters directed at him personally, not policies.

Maybe she has no friends and even family members, like I do, who possess a visceral hatred of President Trump, some to the point where they boil over at the mere mention of his name. They plaster their social media with hateful dogma even if it's factually false.

This isn't simply a matter of disagreement on policies, as it should be. President Obama destroyed my health insurance, and his promises like "If you like your plan you can keep your plan," which won the 2013 Politifact Lie of the Year, but I never personally hated him nor wished him any ill will like these Trump haters do.

My letter simply suggested the haters take a pause from their hatefulness during a national emergency, but I knew they wouldn't. No president has been or ever will be perfect, but in times of national survival this country used to pull together.

Enjoy your fantasy world Ms. McCoy, in the real world the Trump haters are there, each and every day.

Nonsense. It is pure hate, has been since the start. You never gave Trump a chance. 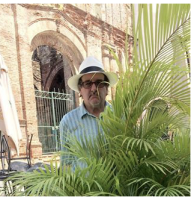 Though I agreed with the point of Tom's letter, still I do believe it is very much possible to have very solid disagreement with how this president conducts himself in that office without dismissing it all - and disqualifying it all - on the basis of it being only hatred, and therefore not valid.

Once upon a time you could disagree with a person and have it be just that. I still believe you can....and should.