Coronavirus update: As many as 63 US cases suspected as disease also spreads to Europe 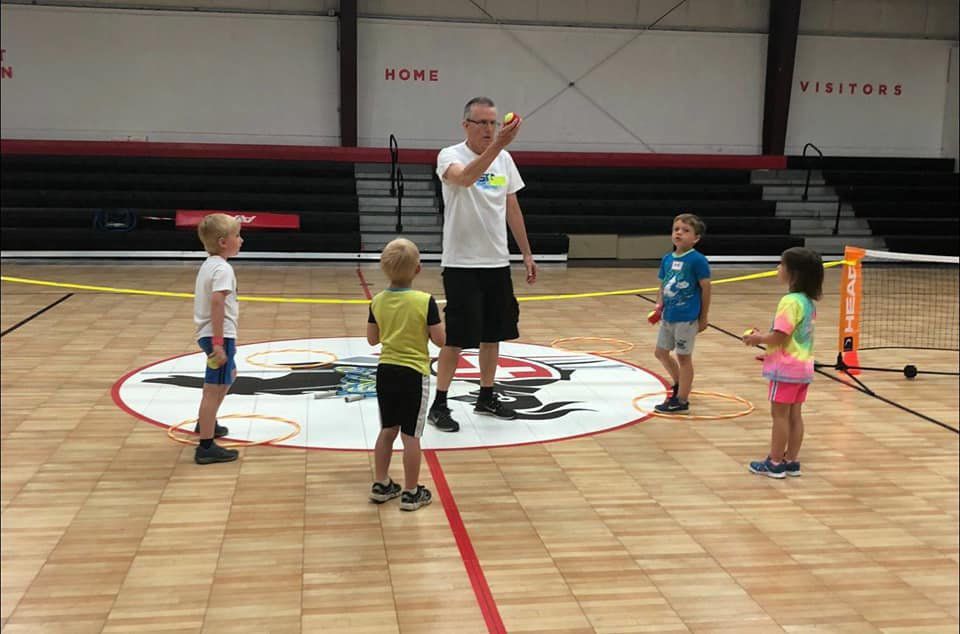 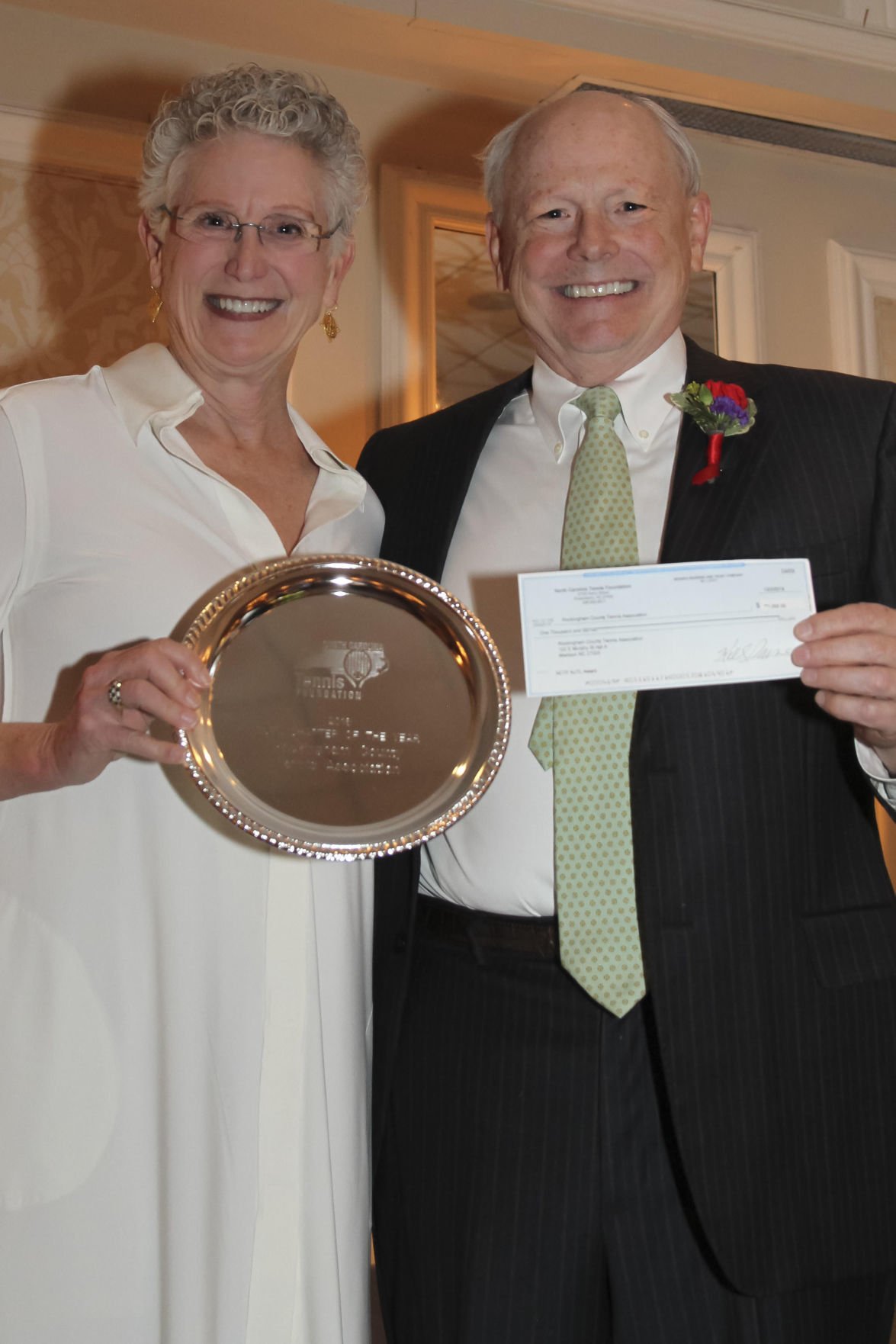 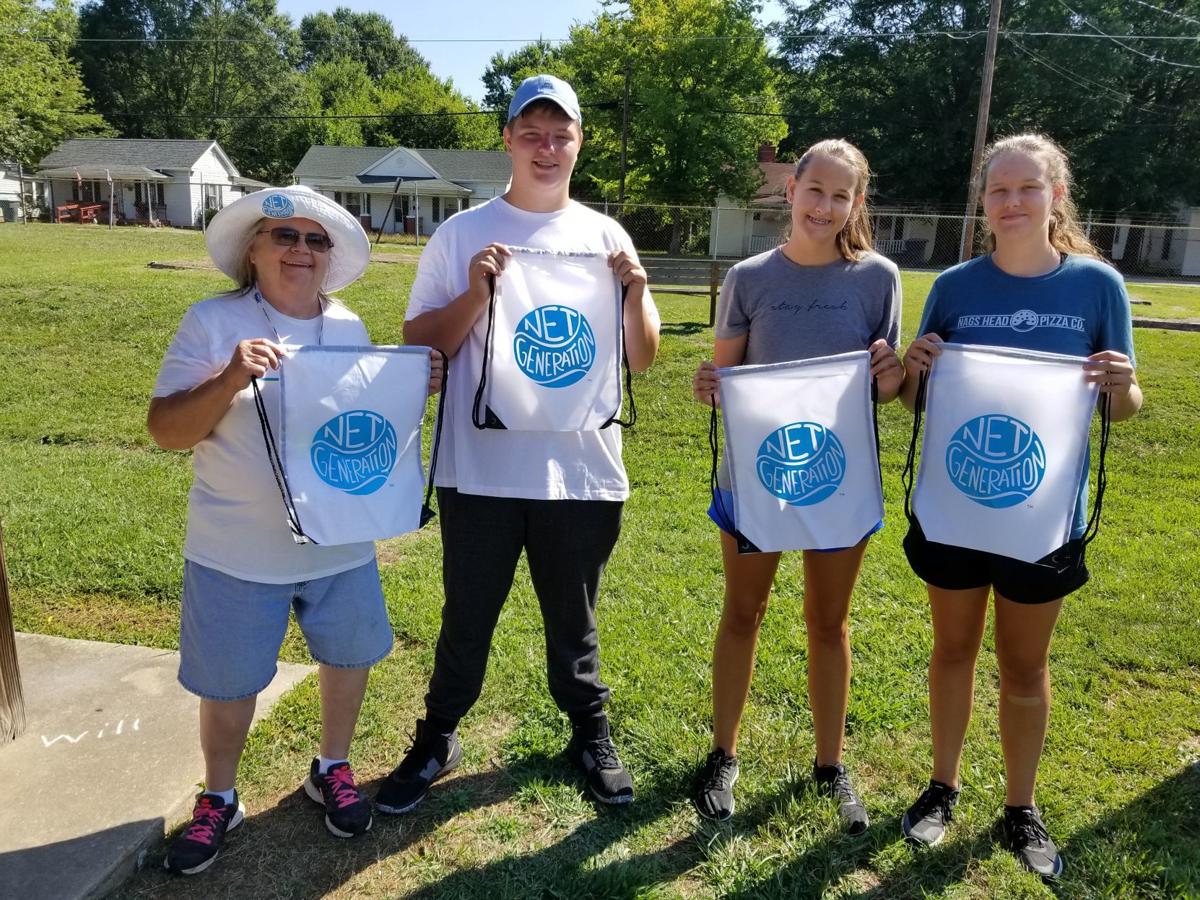 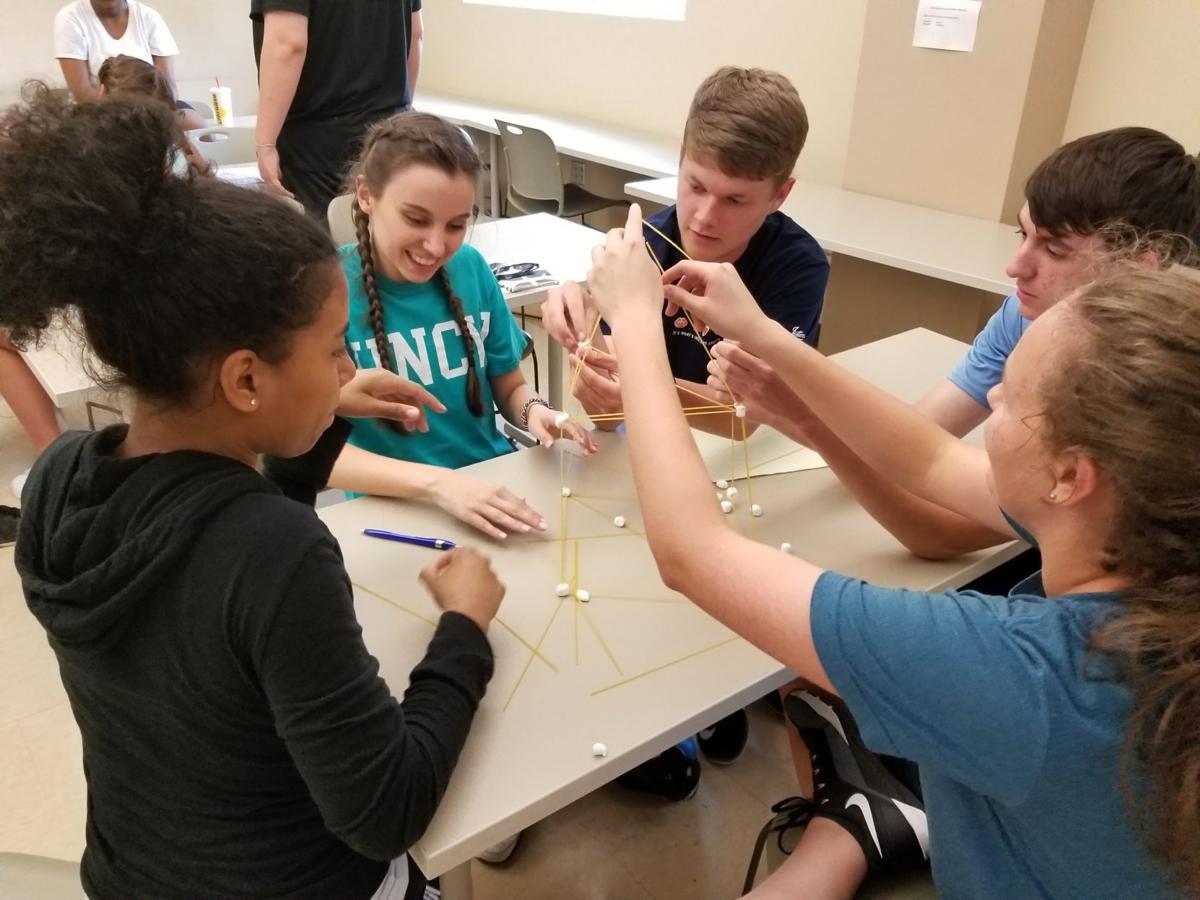 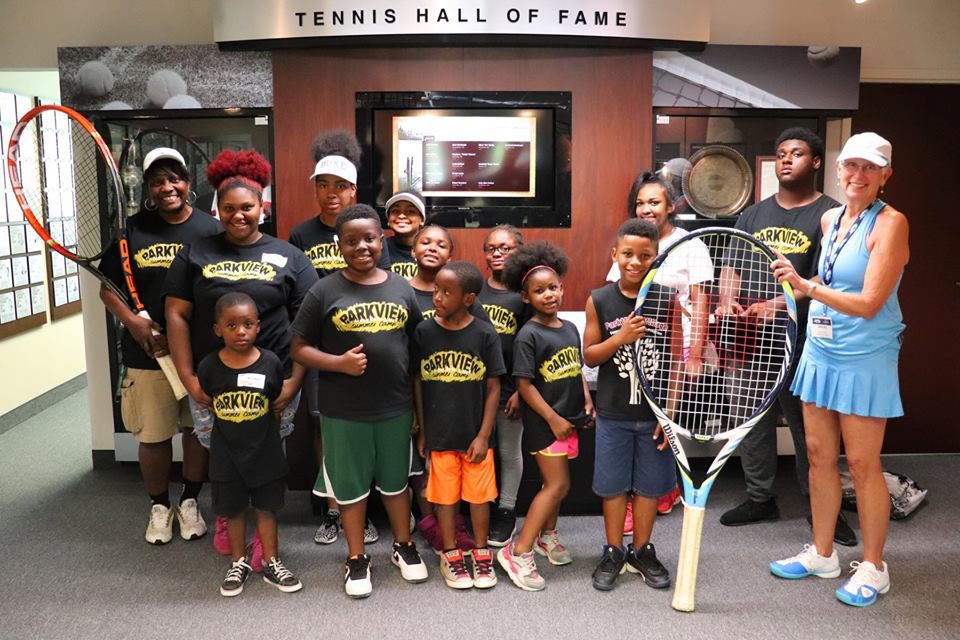 Shelby Rhyne (right) of the Rockingham County Tennis Association, poses with Parkview Village participants who toured the N.C. Tennis Hall of Fame and watched a professional tennis match in Winston-Salem. 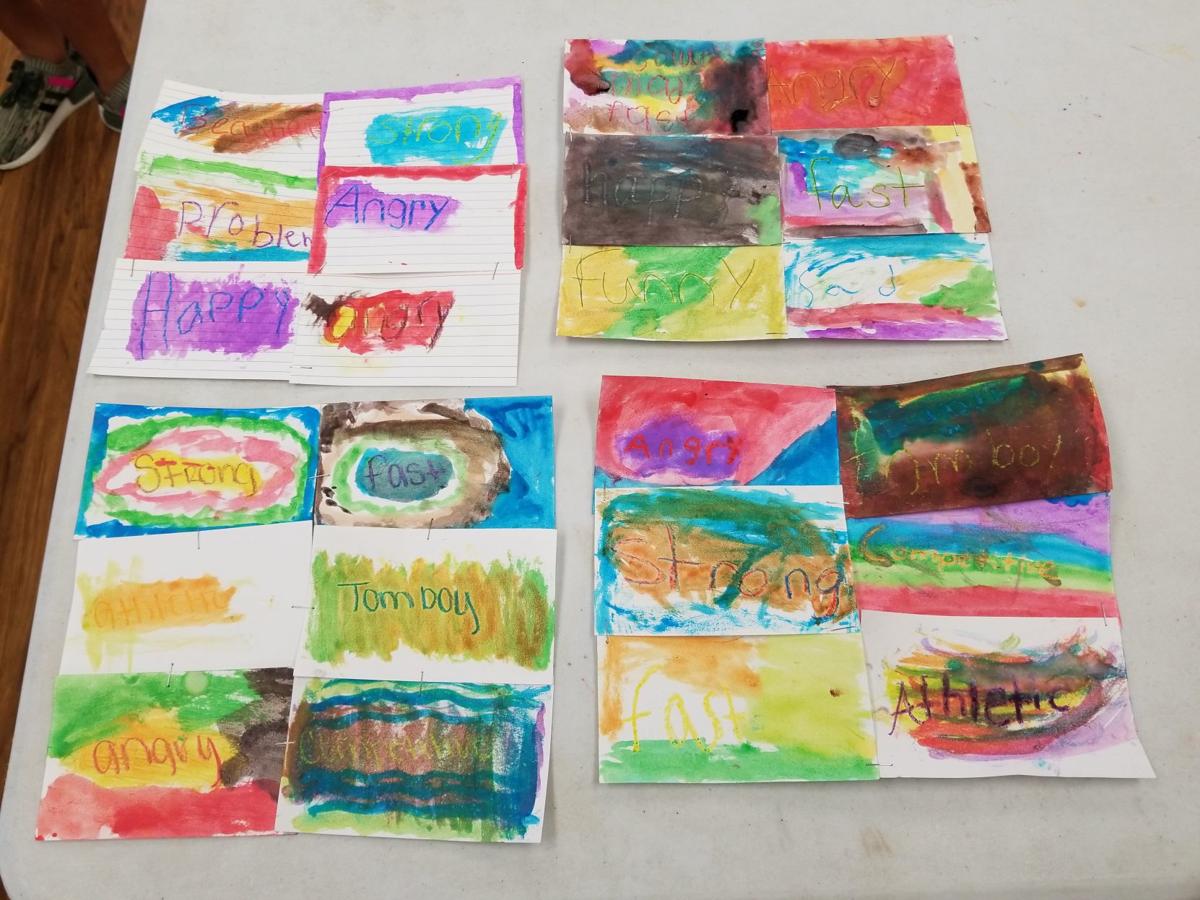 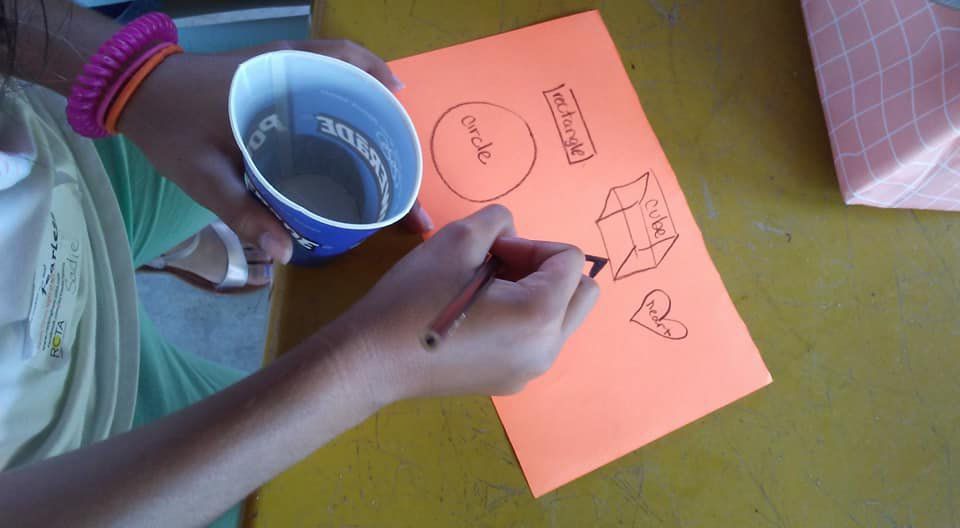 Shelby Rhyne (right) of the Rockingham County Tennis Association, poses with Parkview Village participants who toured the N.C. Tennis Hall of Fame and watched a professional tennis match in Winston-Salem.

“Small but mighty does not even begin to describe the impact that Rockingham County Tennis Association has made in such a short period time with the National Junior Tennis and Learning program,” said Billy Trott, the president of the N.C. Tennis Foundation, announcing the local association as the 2018 National Junior Tennis and Learning, or NJTL, chapter of the year.

“In a county where over 50 percent of school-age children are eligible for free lunch, they have combined the strengths of passionate people, Net Generation, and the ACE curriculum to connect tennis and education and make a tremendous impact,” Trott said.

The award recognizes a NJTL chapter that has demonstrated extraordinary community leadership and excellence in youth tennis and education programming, Trott said.

Shelby Rhyne, the executive director and founder of the Rockingham County Tennis Association, or RCTA, accepted the award Jan. 26 during the N.C. Tennis Foundation’s Hall of Fame dinner at the Carolina Hotel in Pinehurst.

The RCTA is one of more than 350 nonprofit youth-development organizations locations in the NJTL network that provide free or low-cost tennis and education to more than 200,000 underresourced youth across the country.

Trott said the RCTA was chosen this year as one of eight small NJTLS across the Southern Section to join Blueprint for Success, a capacity-building program.

“Now they are able to offer year-round tennis programs, including after-school kids,” he said.

Rhyne said the $1,000 that accompanied the award will be used to enhance the summer tennis and outreach programs.

When she first moved to Rockingham County from Ohio in 2014, Rhyne, an avid tennis player, was impressed with the tennis facilities available in the county but surprised at the lack of youth programs.

She said there are 28 public tennis courts and 53 red ball playground courts across the county.

“It’s never been easier for all ages to find themselves in the game of tennis,” she said.

“There certainly had been programs here over the years but there were no active public programs to bring children to the tennis courts,” she said.

About 150 children, many of whom had never seen a tennis game, learned to play that year. The volunteers Rhyne recruited ranged from experienced adult and youth tennis players to interested individuals. Although unfunded, the instructors managed to provide some young participants with free tennis racquets and balls.

The RCTA received its first funding of nearly $10,000 from the USTA Foundation in 2017 and then again in 2018. That money helped buy the enrichment curriculum and supplies and youth tennis equipment, and paid for community coaches and middle and high school interns.

Now, the program not only includes hands-on tennis lessons but an enrichment program providing literacy, math, science, art and teamwork to activities.

While enhancing the lessons they learned in school, the young tennis players incorporated tennis into their learning process. For instance, they measured and drew the shapes and angles on tennis courts to learn geometry, Rhyne said.

They also read “Nothing But Trouble, the Althea Gibson Story.” then illustrated her strength with watercolor collages. Gibson was the first African-American to win the Grand Slam Title at the French championships in 1956. She followed that by winning both Wimbledon and the U.S. Nationals the next year.

“Today’s youth recognize Venus and Serena Williams as top international athletes,” Rhyne said. When Gibson played, racism and prejudice were widespread in sports and society, making it difficult for her to develop a professional career in tennis, Rhyne said.

The program also included field trips to Greensboro to play tennis at Spencer Love Tennis Center and visit the N.C. Tennis Hall of Fame. Another trip took the young tennis players to Winston-Salem, where they played indoors at the Wake Forest Tennis Center and attended matches at the Winston-Salem Open, a professional men’s tournament.

Last year, more than 300 youngsters, ages 6 to 18, participated in the NJTL summer and after-school programming in the county.

Move over, kickball and jump rope.