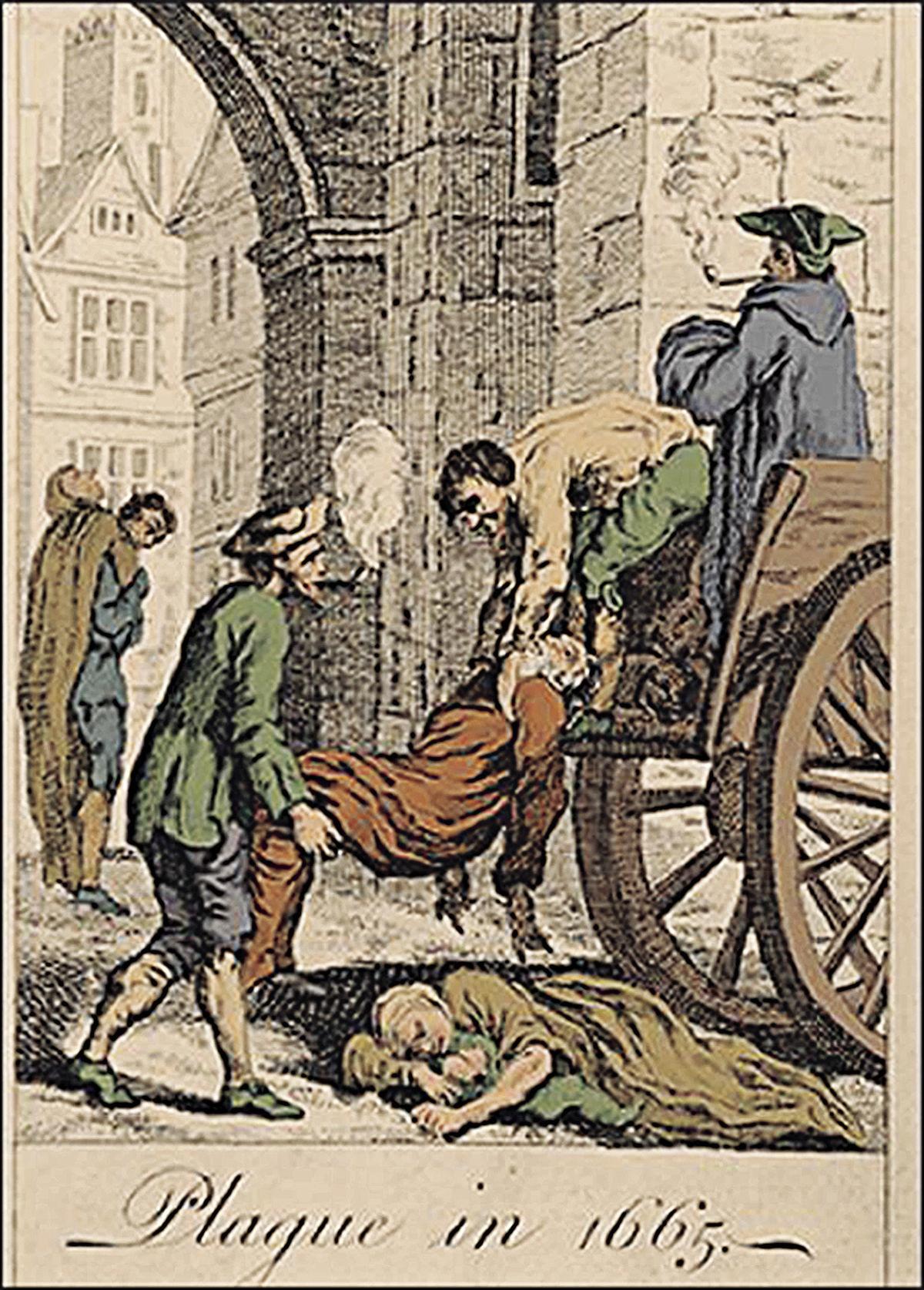 English: The Great Plague of London in 1665. The last major outbreak of the bubonic plague in England.

A patient suffering from COVID-19 is loaded into an ambulance April 17 by emergency medical workers outside Cobble Hill Health Center in the Brooklyn borough of New York. 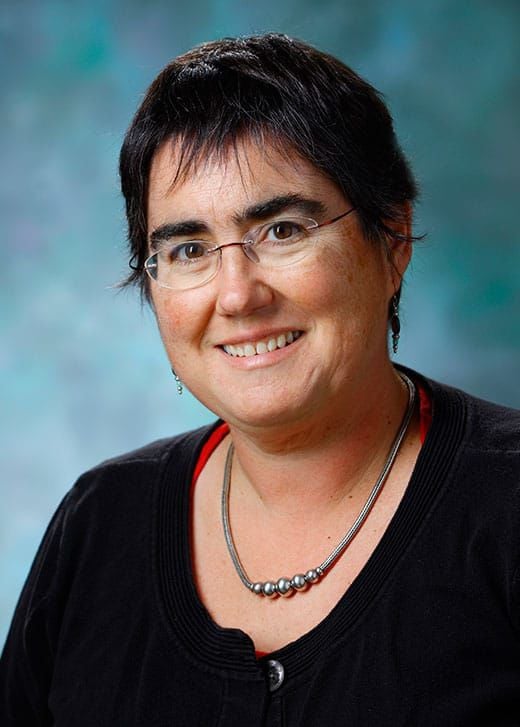 English: The Great Plague of London in 1665. The last major outbreak of the bubonic plague in England.

A patient suffering from COVID-19 is loaded into an ambulance April 17 by emergency medical workers outside Cobble Hill Health Center in the Brooklyn borough of New York.

Pandemics have been afflicting humans for millennia, probably for as long as we’ve lived in large groups. Outbreaks struck the ancient Greeks, the Byzantines, the Incas and the Native Americans, among others. A century ago, the so-called Spanish flu, which as you probably know by now didn’t actually originate in Spain, killed about 50 million people, and perhaps many more, around the world.

I’m a historian who studies medicine in 17th-century England, and lately I’ve been thinking about one particular pandemic: the bubonic plague that struck England in 1665, killing at least 200,000 people, including about 15% of the population of London. As we struggle to deal with the novel coronavirus pandemic, what strikes me most is how similar our experiences and responses are to those of the people living in England more than three centuries ago. No Zoom, no Instacart, no “Tiger King,” but human behavior in the face of plague seems remarkably familiar.

Just as today, a global economy was a key driver of the English epidemic. Bubonic plague, which is bacterial rather than viral, is typically spread to humans by fleas who have fed on the blood of infected rats. Earlier plague epidemics — such as the Black Death of the 1300s, which may have wiped out half the population of Europe — came to Europe via merchants traveling back from Asia along the Silk Road. In the same way, contemporary observers reported that the 1665 epidemic may have been brought to London by Dutch trading ships; the epidemic had already spread there a year earlier. In the months before it reached England, authorities had tried, obviously without success, to quarantine ships from the Netherlands and other plague-affected places.

Another conspicuous resemblance is socioeconomic. In the United States, we’ve seen that COVID-19 is disproportionately affecting poor people, as well as blacks and Latinos. Overall, these groups tend to have poorer health and less access to health care, and they are more likely to live in crowded, unhealthy conditions and to work in jobs that require them to come into close contact with others who may be infected.

In New York, for example, the death rate among blacks is twice as high as it is for whites; for Latinos, it is 60% higher. In Louisiana, blacks make up a third of the population but so far account for almost 60% of COVID-19 deaths. About 5,000 meatpacking workers, and perhaps many more, have tested positive for the virus to date, largely because of a lack of safety measures and the industry’s cramped and grueling working conditions.

The situation 350 years ago in London was similar. During the epidemic, the London city government counted the dead, tracking how many people died of plague in each parish. This work was performed by “searchers of the dead,” who were often older poor women. These parish lists, known as Bills of Mortality, were printed up and sold weekly, a kind of early version of ZIP-code-by-ZIP-code health reports from state health departments.

Examining these lists, both 17th-century readers and historians have found that, no surprise, the poorest neighborhoods tended to have the highest death rates from the plague. The reasons for this are probably similar to the causes of today’s disparities — the poor were already less healthy, lived in dense, unsanitary neighborhoods and did the city’s dirty work.

They also could not leave. Even without our current scientific knowledge, people knew that the disease moved from place to place. And once it reached English shores, people practiced social distancing as best they could, by getting away from the worst disease hot spots. Just as we are seeing today, those who could afford it left the cities for the countryside, where there was less disease; the classic medical advice of the time was “leave quickly, go far away and come back slowly.”

Even King Charles II left London, for Salisbury; when the disease showed up there, he went to Oxford. The poor, though, were largely stuck. They had no place to go, and they needed the work they were doing to survive.

And just as they are now, rumors flourished. In recent weeks, hydroxychloroquine, diluted bleach and bananas have all been promoted as treatments, with little or no evidence backing them up. Conspiracy theories have proliferated, including the false claim that Bill Gates is somehow behind the pandemic. In 17th-century England, wigs became the focus of rumor. At the time, this was a big deal; elaborate powdered wigs were the height of fashion for both men and women. During the epidemic, however, people came to fear them as a source of disease — they were made from human hair, and who knew where it came from?

Other rumors spread, too: Perhaps the two comets seen a few months apart had presaged the plague. Stories of women taken to plague hospitals against their will, and houses suddenly shut up, spread rapidly. All the while, city church bells rang incessantly to mark the passing of parishioners.

Over the past few months, we’ve also seen officials and others use scapegoats to explain the pandemic. In the United States, China, where the virus originated, has been the most common target. Unsubtly, some leaders and media figures have called the pandemic the Chinese virus, or the Wuhan virus, after the city in which it first appeared. In recent months in the United States, there has been a sharp increase in anti-Asian bias, and 30% of people in a recent survey said they had witnessed an incident of such bias.

Past outbreaks have been no different. During the bubonic plague of the 1300s, Jews were accused of poisoning wells and food supplies, and pogroms destroyed thousands of communities across Europe. Other European cities blamed prostitutes and ran them out of town when a plague threatened. In 1665 in England, those Dutch ships were all too easy to blame because the English were at war with the Dutch at the time. It’s worth noting that these ways of thinking have recurred more recently: At the turn of the 20th century in the United States, tuberculosis was called the “Jewish disease,” and Italian immigrants were blamed for outbreaks of polio.

By early 1666, the outbreak had abated, to the point that the king and other well-off Londoners returned. Life slowly returned to normal. For reasons that remain mysterious, this was the last large outbreak of bubonic plague in England.

Today, as we face another disease, one that we still don’t understand very well, 17th-century England reminds us that despite the enormous leaps we’ve made in science and technology, humans themselves remain in many ways the same: imperfect, not always rational and still deeply vulnerable to novel nasty microbes.

Mary E. Fissell is professor of history of medicine at the Johns Hopkins University School of Medicine, with appointments in the history of science and technology and history departments. She wrote this for The Washington Post.