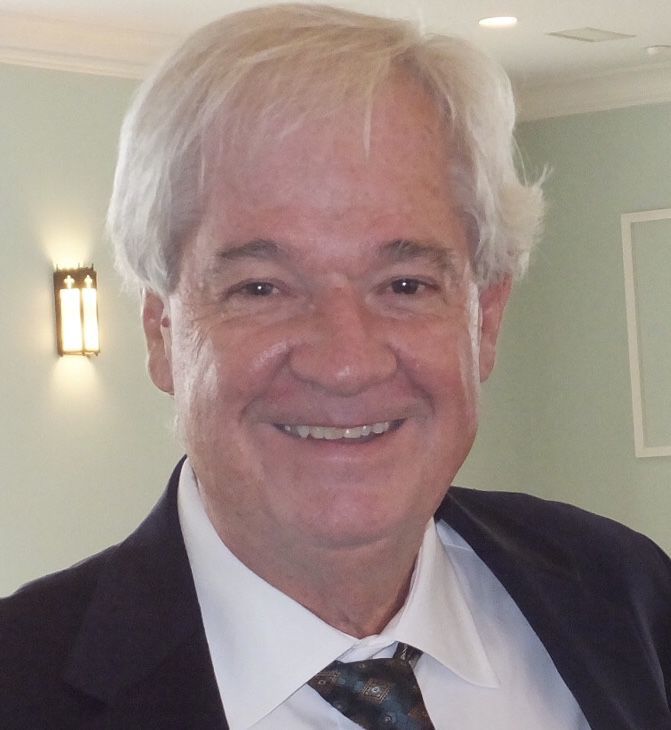 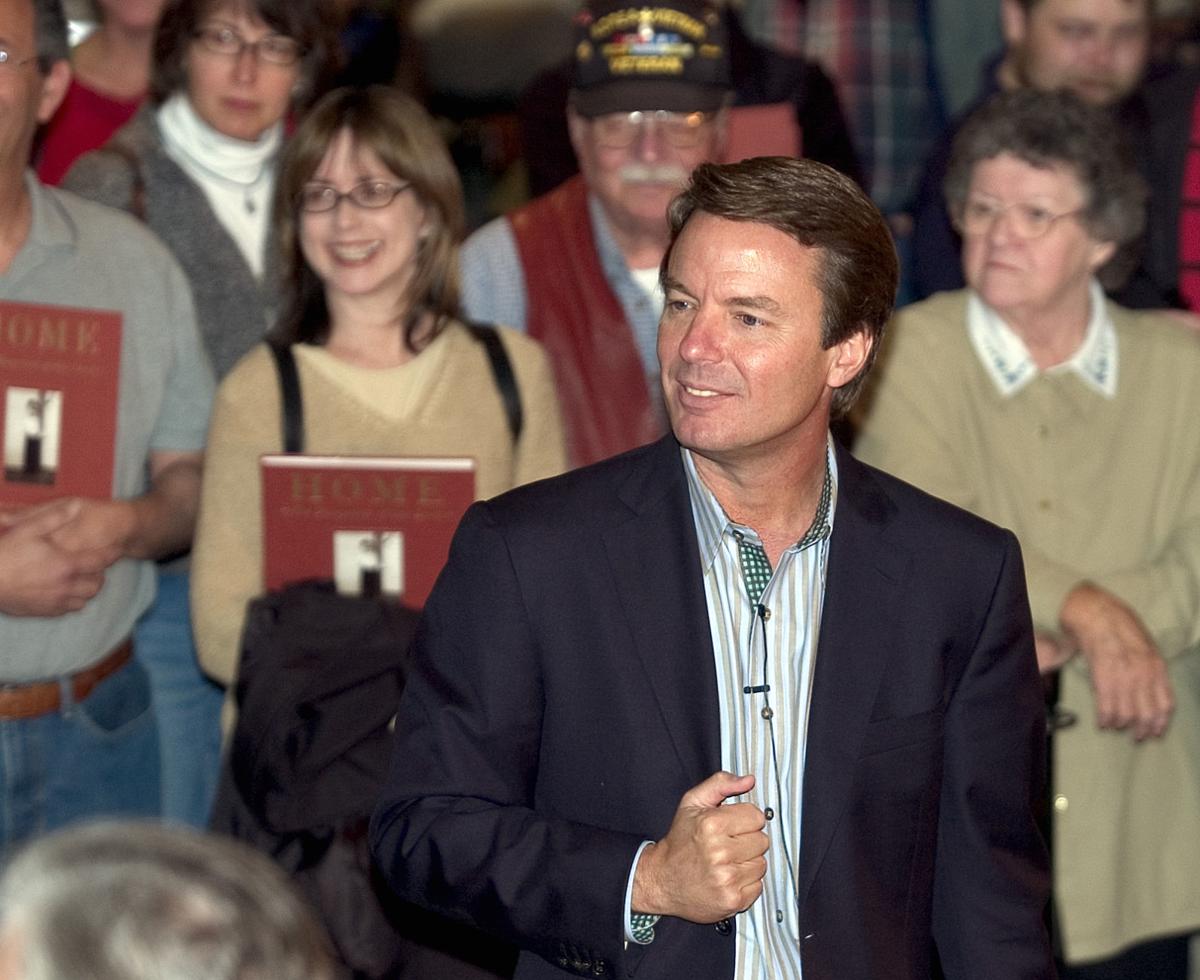 Sen. John Edwards meets with supporters at the Friendly Center Barnes & Noble in Greensboro on Nov. 18, 2006.

This is an undated photo of the 17th President of the United States Andrew Johnson. 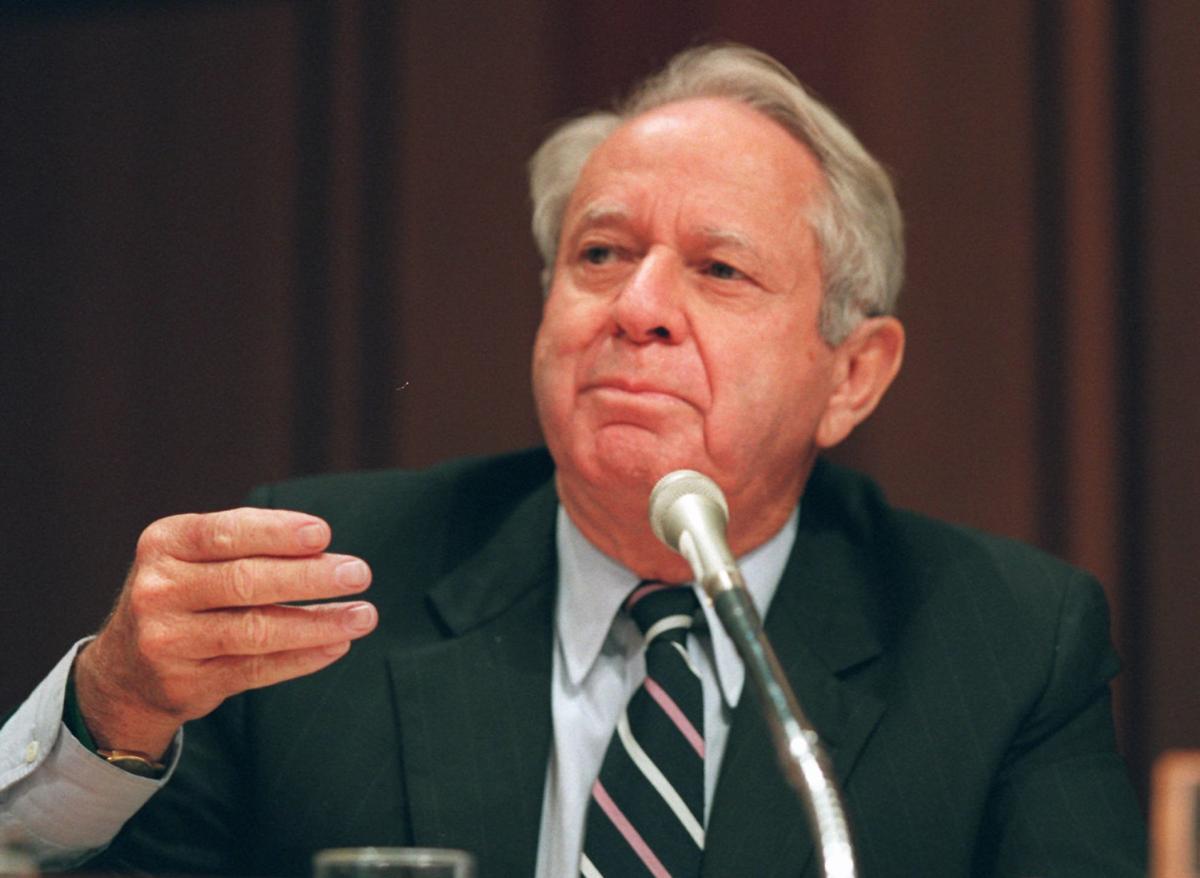 Sen. Lauch Faircloth, R-N.C., asks a question July 25, 1995, during a hearing of the Senate Whitewater Committee on Capitol Hill. 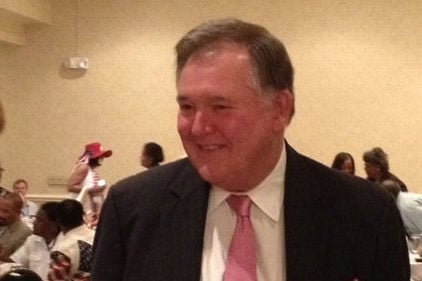 This is the first presidential impeachment case that hasn’t had a North Carolinian in a starring role.

U.S. Rep.Mark Meadows, a Republican from North Carolina’s 11th District, got air time defending President Donald Trump last year, but then announced his retirement. No other House member from the state has had a big role. U.S. Sens. Richard Burr and Thom Tillis, both R-N.C., were safe votes against witnesses and for Trump.

The first presidential impeachment was of Raleigh’s own Andrew Johnson in 1868. Johnson came within one vote of being removed from office by the U.S. Senate. He may have been saved by well-placed bribes.

More than a century later, U.S. Sen. Sam Ervin of North Carolina chaired the Watergate hearings that led to President Richard Nixon resigning before being run out of town. (An impeachment investigation was underway when he gave up the presidency.)

Ervin said of Nixon’s crowd: “What they were seeking to steal was not the jewels, money or other precious property of American citizens, but something much more valuable — their most precious heritage: the right to vote in a free election.”

He added: “The Founding Fathers, having participated in the struggle against arbitrary power, comprehended some eternal truths respecting men and government. They knew that those who are entrusted with power are susceptible to the disease of tyrants, which George Washington rightly described as ‘love of power and the proneness to abuse it.’ ”

At those hearings in the early 1970s, Rufus Edmisten, who was born in Boone, launched his political career by placing his chair — and his face — between Ervin and U.S. Sen. Howard Baker of Tennessee, the co-chair, ensuring he would be seen on national TV for weeks. Rufus, who was the committee’s deputy chief counsel, is still regaling us with those stories.

Republicans Jesse Helms and Lauch Faircloth are credited with, or blamed for, engineering the appointment of Kenneth Starr to investigate Clinton. They allegedly urged a federal judge to replace the prior independent counsel with Starr. In Trump’s Senate trial, Starr was part of the defense team, warning, “Impeachment is hell.”

That November, Faircloth lost his seat to political newcomer John Edwards. Edwards had never served a day in public office. He was a trial lawyer. So what’s the first thing the Senate did after he was sworn in? A trial. Bill Clinton’s trial.

Democrats put Edwards on the team that deposed Monica Lewinsky about her affair with the president. During the Senate’s closed-door debate, Edwards was credited with giving a persuasive speech against conviction. He called Clinton’s conduct “reprehensible” but argued that it didn’t justify removal from office.

It was a strong start for a freshman senator. A decade later, Edwards’ career and presidential campaign ended after his own affair and lying about it became public.

In the Trump trial, Burr got some notice for not wearing socks and for passing out fidget-spinners and stress balls to his Republican colleagues. Tillis got a mention when he left the floor and listened from the visitors gallery.

But Tillis may yet be in the spotlight. Both he and Trump will be on the ballot in November. No president has ever run for reelection after being impeached. No one knows how impeachment — and the Senate’s verdict — will affect the election.

After Nixon resigned in 1974, Republicans suffered historic election losses in North Carolina and across the country.

In 1998, Faircloth and Republicans nationally tried to make the election a referendum against Clinton. It didn’t work. The GOP lost a number of Senate seats. Newt Gingrich, architect of the strategy, lost his House speakership.

This year, the Senate’s verdict was a foregone conclusion. The voters’ verdict in November is anything but. The trial will be on trial. So will the jurors.

Gary Pearce was an adviser to Gov. Jim Hunt. He blogs at www.NewDayforNC.com.

Ryan Newman on his feet, joking and playing with his daughters