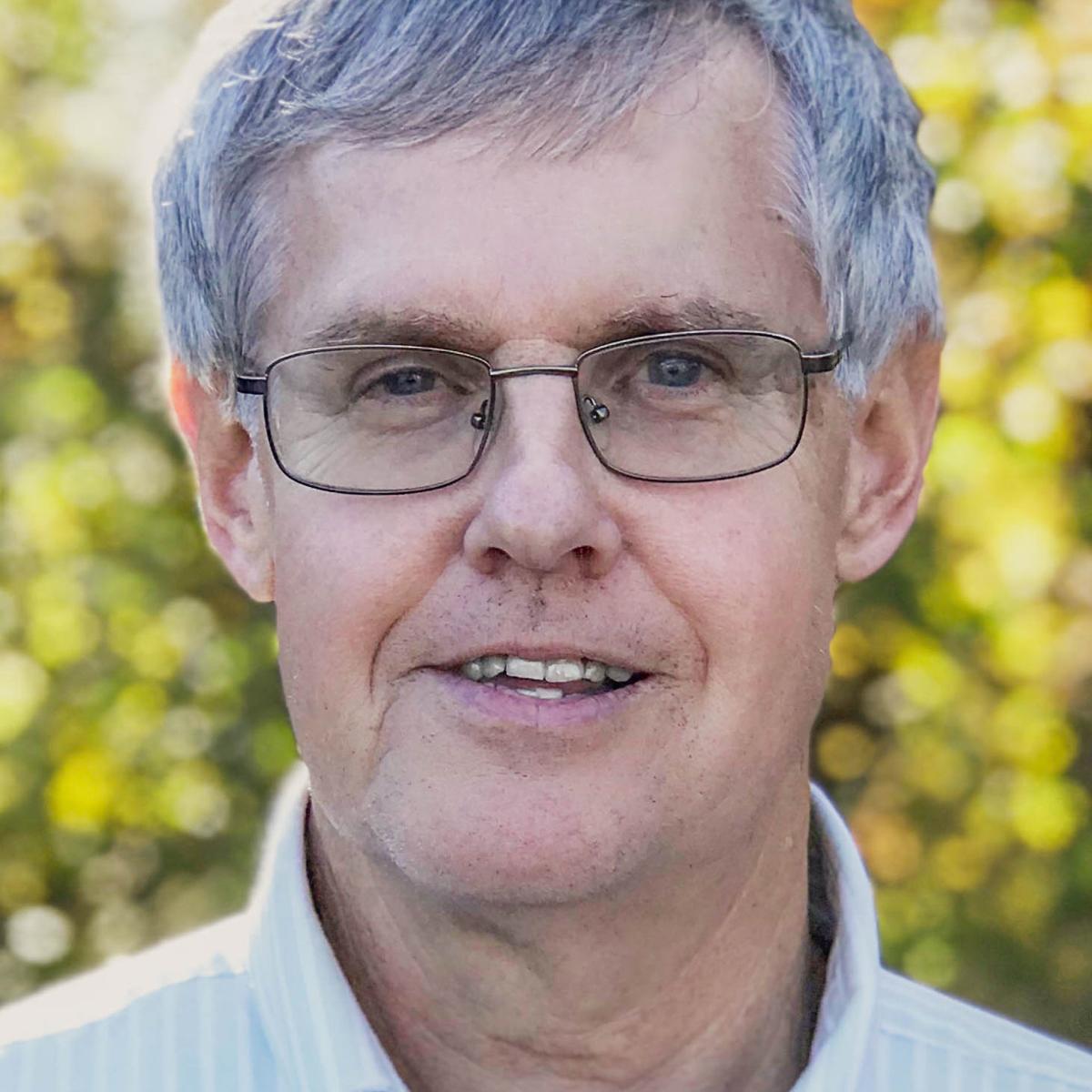 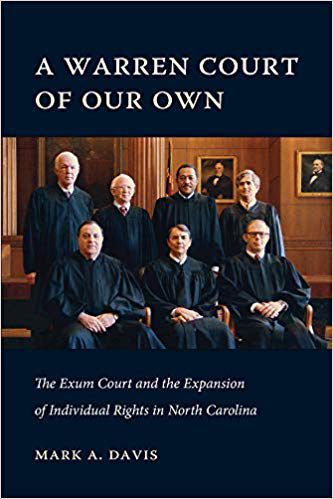 “A Warren Court of Our Own: The Exum Court and the Expansion of Individual Rights in North Carolina” by Mark A. Davis

Truck drivers for a North Carolina manufacturing company were required to haul goods for more hours each day than federal regulations allowed and then to falsify logs to hide the violations. When one driver balked, he was told his pay would be cut in half — in effect, forcing him to quit. He sued in state court, alleging wrongful discharge, but his case was initially dismissed.

This was more than 30 years ago, and North Carolina law granted employees few rights. They could be terminated at will in almost any circumstances.

A dissenting justice, Louis Meyer, conceded the majority’s legal reasoning might be sound but, warning of negative consequences for employers, he found cause to object strenuously: “Whether our economy should be burdened with a bad faith exception to the employment-at-will doctrine on ‘public policy’ grounds is a question that under our Constitution must be decided, if at all, by our state legislature.”

That is one of the judicial conflicts at the heart of “A Warren Court of Our Own: The Exum Court and the Expansion of Individual Rights in North Carolina” by Mark A. Davis. At a time when strife between North Carolina’s governor and legislative leaders dominates political news, Davis’ history reminds us of the consequential impact of the third branch of state government.

The “Warren” of the title refers to Chief Justice Earl Warren of the U.S. Supreme Court, noted for its 1954 landmark civil rights case Brown v. Board of Education. Exum, who attended New York University School of Law from 1957 to 1960, was an admirer of Warren and Justice Hugo Black.

Davis is a sitting member of the state Supreme Court, having been appointed by Gov. Roy Cooper this year to fill a vacancy. He will run for a full term in 2020. Authoring a book about often-controversial rulings of the court could present professional hazards, but Davis deftly presents the facts and arguments on both sides without revealing a personal opinion. Should any of the precedents established by the Exum court emerge for reconsideration, Davis can address them without having expressed a prejudicial position.

While Davis quotes court observers and even participants stating their views of these cases, he leaves it to readers to decide for themselves. Having a law degree isn’t a prerequisite for grasping the issues at stake in each of the dozens of cases Davis describes. Often, outcomes hinge on a simple matter of right and wrong. To the lay reader, arguments on both sides may seem equally valid and reasonable, and people of good faith can disagree. At times, however, rulings are extrapolated from past court opinions or interpretations of statutes. They may stem from a progressive desire to advance the cause of justice or root themselves in the conservative view that courts must never stray beyond the letter of the law.

The cases Davis examines in major aspects of law — criminal, tort (injury), workers’ compensation, employment, warranty — show a clear pattern. Exum’s court leaned in favor of the less powerful and against corporations, employers and even the state.

Criminal cases, where public sympathy embraces victims, provoked the fiercest debates, even when they were couched in terms of holding state authorities more accountable and preventing miscarriages of justice.

In State v. Carter, the Exum court found that a blood sample was improperly taken from a defendant who was subsequently convicted of kidnapping, rape and assault causing serious injury of an elderly woman. While long-establish precedent excluded evidence seized without a proper warrant, the U.S. Supreme Court had allowed “good-faith exceptions.” The Exum court majority refused to do so in the Carter case, citing greater protections under the N.C. Constitution. This reliance on an expansive North Carolina Declaration of Rights, arguably affording greater protections for individuals than the federal Bill of Rights, was a hallmark of the Exum court.

In State v. Holmes, Frye penned a majority opinion asserting a marital privilege by which a criminal defendant could prevent his wife from giving evidence she heard and observed — rather than a privilege that merely barred the state from compelling one spouse to testify against the other. In State v. Cofield, the court overturned a murder conviction on the basis of racial discrimination in the selection of a grand jury foreman.

Rulings like these branded the Exum court majority as liberal activists. Conservatives might applaud a tort case, DiDonato v. Wortman, in which the court found that North Carolina’s wrongful death law applied to an unborn child. Writing for the majority, Exum “observed that the preamble to the wrongful death statute referred several times to the value of ‘human life,’ which should include a viable fetus,” Davis notes.

The court took bold initiatives in the field of workers’ compensation. The state’s Workers Compensation Act was meant to provide an avenue for workers injured on the job to recover damages outside of court. At the time, that was considered the exclusive remedy. Of course, damages under workers’ compensation rules were always modest.

The Exum majority rejected the principle of exclusivity in Woodson v. Rowland. The estate of a worker who was killed when a trench he was digging caved in on him wanted more than workers’ compensation provided. The employer used no safety measures and had a record of negligence. In the opinion he authored, Exum found that the employer’s misconduct meant the death was not accidental and opened an exception to the exclusivity rule, allowing the worker’s estate to pursue a civil action.

The Exum court dated from Exum’s election as chief justice in 1986 until his 1994 retirement to private practice in Greensboro. While there were some changes in the personnel of the court during those years, Exum maintained a reliable majority. Davis credits his intellect and powers of moral persuasion.

The legacy of the Exum court is subject to debate. Davis quotes Frye as saying its members “tried to bring the law, when we could, into the 20th century.” Judge James Wynn, a North Carolinian serving on the U.S. Court of Appeals, told Davis it was “one of the more progressive courts at that time in the nation.” But legal scholar Martin Brinkley said it was far surpassed by courts in states such as California and New Jersey.

Exum himself assesses his court’s record in an extensive foreword, arguing that the law, “thankfully, is not static; it is dynamic. It constantly changes as circumstances to which it is applied change. Courts must take into account these new circumstances as they decide the disputes brought before them. Novel facts, presenting new legal questions, are the gist of the work of all courts of last resort.”

Meyer, the justice who most frequently dissented from the opinions of the Exum majority, would not have agreed.

“The clash in judicial philosophies between Exum and Meyer aptly demonstrates the debate that has existed in American courts since our nation was founded,” Davis writes. “That is, the existence of a tension between, on the one hand, the desire for judges to achieve ‘fair’ results and, on the other hand, the goals of judicial restraint and deference to the policy decisions of the legislative branch.”

That debate continues, but meaningful discussion requires an understanding of the subject. In this richly researched and well-sourced overview of an influential North Carolina court, Davis adds important knowledge that can help all of us appreciate both sides of the question.

“A Warren Court of Our Own: The Exum Court and the Expansion of Individual Rights in North Carolina” by Mark A. Davis (Carolina Academic Press, 208 pages, $45)

Doug Clark is a former News & Record editorial writer. He served on the N.C. Commission on the Administration of Law & Justice from 2015 to 2016 and received the John G. Medlin Award from the N.C. Bar Association in 2017.