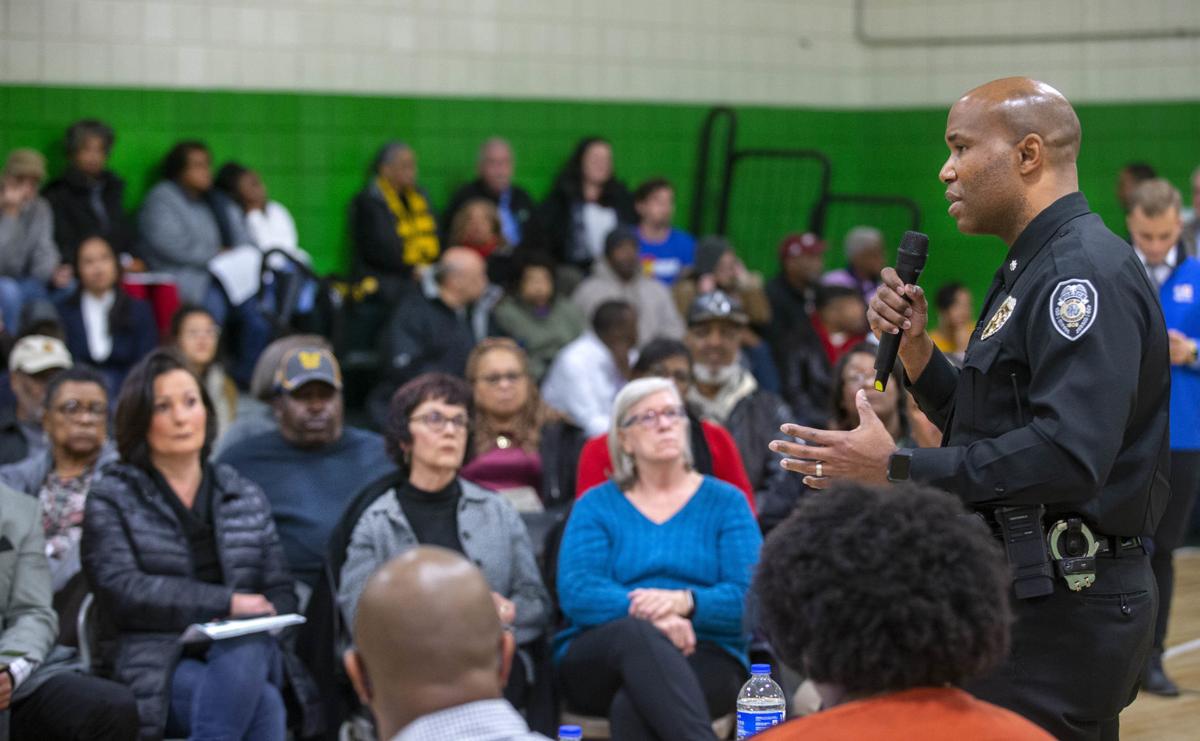 New Greensboro Police Chief Brian James, 49, succeeded Wayne Scott, who retired on Jan. 31. James is a Greensboro native who grew up in Woodmere Park and he is a veteran on the force. 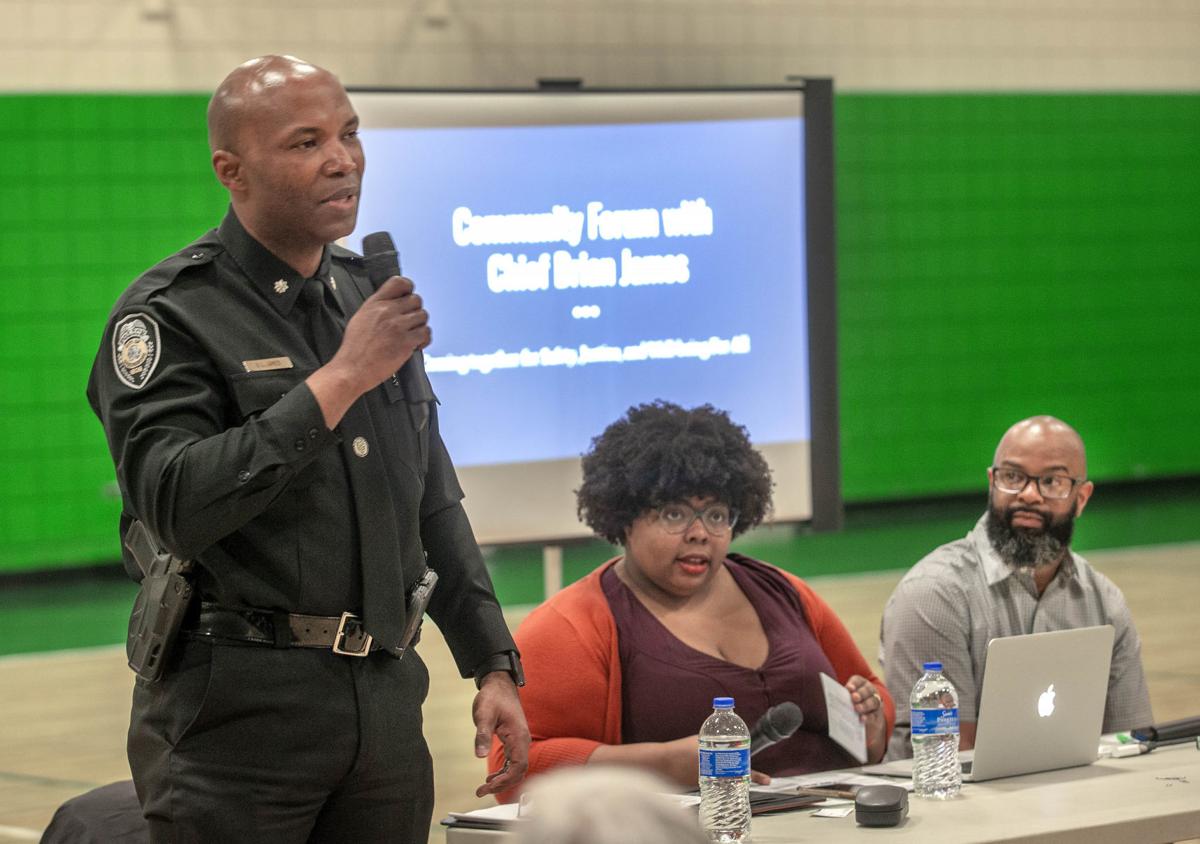 Greensboro Neighbors for Safety, Justice, and Well-being for All hosted a community forum with new incoming police Chief Brian.

New Greensboro Police Chief Brian James, 49, succeeded Wayne Scott, who retired on Jan. 31. James is a Greensboro native who grew up in Woodmere Park and he is a veteran on the force.

Greensboro Neighbors for Safety, Justice, and Well-being for All hosted a community forum with new incoming police Chief Brian.

I congratulate the city manager on his choice of Brian James to become the new chief of police in Greensboro. From everything that I have read, Mr. James is very qualified to serve as our chief.

But I am appalled at the bias and inflammatory tone of Richard Barron in his news story on Jan. 15 entitled “New Man in Charge.”

Why is the News & Record trying to divide the city into US and THEM?

In his story, Barron writes that Mr. James must restore “the public’s trust in an organization that has suffered withering criticism.” By whom? By a minority of citizens who will never be happy with a white police chief.

Why does the reporter claim that a small minority of black citizens speak for all citizens of Greensboro? Has the N&R done a scientific survey of 1,000 residents to gauge the overall opinion of James’ predecessor, Police Chief Wayne Scott? I believe that the majority of citizens have been happy with and are proud of Chief Scott.

The reporter then claims that James “will have to restore public trust in a department that has come under widespread criticism for its recent treatment of African Americans.”

How did the reporter make the judgment that it is “widespread”? Because a minority of the total population didn’t like Chief Scott? Many of us resent Mr. Barron’s assumption that he knows the opinion of the majority of the population — particularly white citizens.

The reporter interviewed City Councilwoman Michelle Kennedy, who says, “James understands the friction between police and the people she serves.” As a member of the council, Ms. Kennedy is supposed to serve all citizens — not just the small population that she serves in her job.

But I am appalled that the N&R has chosen to attempt to divide the city into blacks versus whites.

The writer lives in Greensboro.

Ed Hardin: A long journey to Daytona ends in near tragedy for a sport little understood

The USA is the most diverse country in the world. The Russians, the Chinese, the North Koreans, the Iranians, etc., see that as a vulnerability and use it in attempts to weaken us as the number one country in the world. The N&R doesn’t give a darn about that, they choose to divide us because controversy sells. So, you see, the modern day MSM doesn’t see itself as quite as bad as our enemies because their motives are financial rather than purely to weaken us. The end result is the same and the MSM doesn’t give a darn. Hope that sheds some light on the matter.

well allen johnson who personally chose his man love pitts column to appear in n&r is in it for those reasons (to keep his job !) .... so were susan ladd and doug clark and the other loser who came in after them but apparently the financials couldnt support all of them...

Agreed, not a very well written or balanced article.