President Donald Trump applauds as he and the crowd acknowledge student scholars, while speaking at the 2019 National Historically Black Colleges and Universities (HBCU) Week Conference, Tuesday, Sept. 10, 2019, in Washington. The students were part of a HBCU White House Scholars program. (AP Photo/Jacquelyn Martin)

President Donald Trump holds up his executive order on HBCUs after signing it on Feb. 28, 2017, in the Oval Office. The order’s intent is to strengthen HBCUs by improving their financial stability and infrastructure, providing students with job opportunities, creating a college pipeline and more. 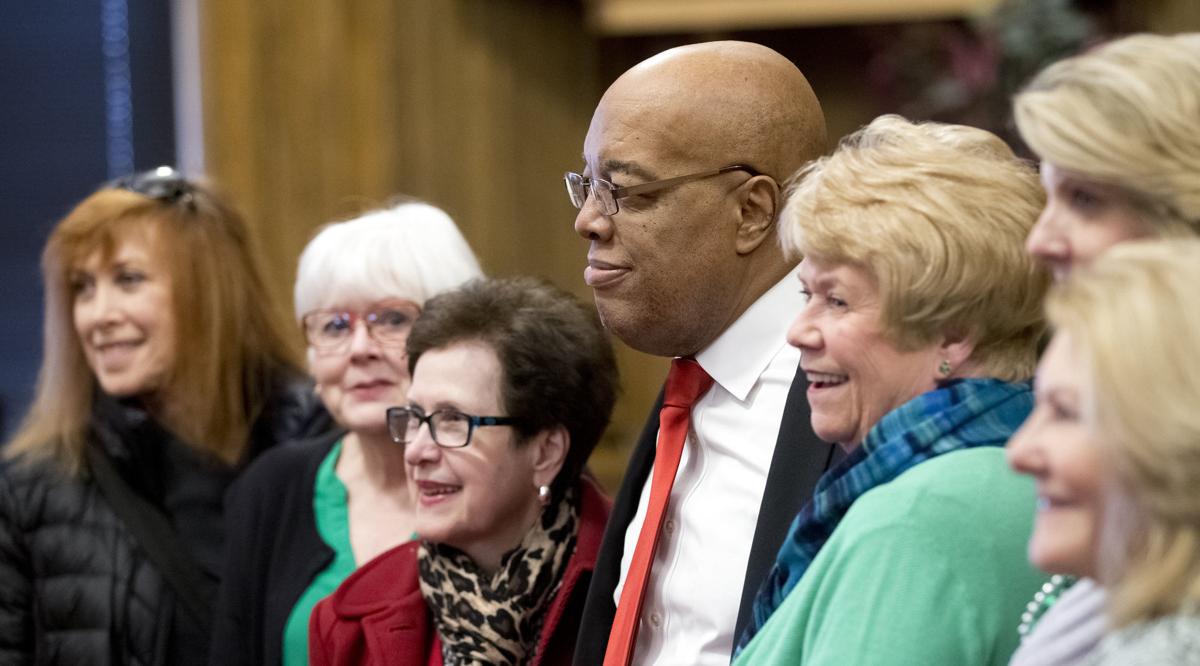 President Donald Trump applauds as he and the crowd acknowledge student scholars, while speaking at the 2019 National Historically Black Colleges and Universities (HBCU) Week Conference, Tuesday, Sept. 10, 2019, in Washington. The students were part of a HBCU White House Scholars program. (AP Photo/Jacquelyn Martin)

President Donald Trump holds up his executive order on HBCUs after signing it on Feb. 28, 2017, in the Oval Office. The order’s intent is to strengthen HBCUs by improving their financial stability and infrastructure, providing students with job opportunities, creating a college pipeline and more.

Donald Trump has done more to empower African Americans than any U.S. president since Abraham Lincoln — and he’s just getting started.

Since February is Black History Month, now is an excellent time to reflect on the incredible progress African Americans have made over the past three years.

Before Trump, the black community endured decades of broken promises from the political establishment in Washington. For years, liberal politicians have vowed to tackle the sky-high black unemployment rate and create jobs for African Americans. They pledged to implement policies that would boost our income, insisting that poverty can be cured with welfare.

Yet, after winning our votes, Democratic politicians — including President Barack Obama — either ignored the needs of African Americans or demonstrated the futility of their discredited socialist policies. Much like the tax rate, the black unemployment rate remained high throughout the Obama years, contributing to widespread suffering among millions of African Americans. Instead of collecting higher paychecks, more and more black families were forced to rely on food stamps — depriving them of the dignity that comes with being able to provide for one’s own family.

When Trump won the 2016 election, I kept my expectations in check regarding how much he could do for African Americans during his first term, given that his policies would have to make it through Congress. Remarkably, however, Trump only needed three years to create the best economy for African Americans in U.S. history.

Thanks to Trump’s economic reforms, such as targeted deregulation and middle-class tax cuts, the black unemployment rate dropped to an all-time low of 5.4% in August 2019, and has hovered below 6% ever since. Notably, the jobless rate among African Americans was a whopping 7.5% when Obama left office — a contrast that highlights the transformative impact that Trump’s policies have had for black Americans.

Black North Carolinians are at the forefront of this economic resurgence. As a result, our brothers and sisters whose grandparents and great-grandparents moved to cities in the North in search of jobs are now returning to North Carolina as Democratic mismanagement ravages the inner cities.

Cutting taxes and eliminating job-killing regulations isn’t all this president has done for African Americans, though. The White House Opportunity Zone project, for instance, will promote massive economic investment in the very communities that were abandoned for so long by establishment politicians.

Trump also managed to rally bipartisan support for one of the most extensive criminal justice reform efforts in our country’s history, ending discriminatory sentencing policies and creating new pathways for former inmates to lead productive, crime-free lives after they finish paying their debt to society.

All of these commonsense policies and reforms could have been instituted long before Trump ran for office — but the political establishment was more concerned with winning elections than delivering results.

Former NFL player Jack Brewer — who once was a fundraiser for Obama — said it best when he recently called out the Democrats for paying “lip service” to African American voters.

“There is an awakening going on right now in the country,” Brewer said last month. “I’m going to take the guy who’s actually putting in the policies that are going to make life better for my young black son and my young black daughter, versus somebody who gives me lip service — like, unfortunately, the Democrats have done for our community for years.”

This Black History Month, we should all celebrate everything that Trump has done for African Americans over the past three years, and eagerly anticipate the gains that are in store over the next five years. For the first time in living memory, this country has a president who is delivering on his promises to black voters — and that’s why we must do everything in our power to ensure that Donald Trump gets four more years in the White House.

N.C. A&T alumnus Clarence Henderson is a civil rights activist and recipient of the 40th Anniversary Sit-In Participant Award. He also serves a member of the Black Voices for Trump coalition advisory board.

So, will it snow? Forecast says yes. And it might stick around for a while.