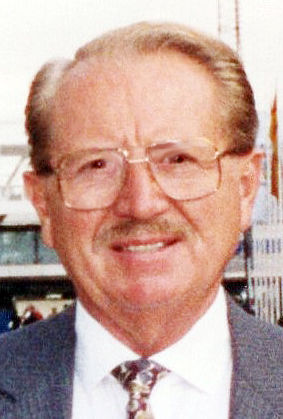 JULY 17, 1930 - FEBRUARY 18, 2020 Andre Mailliez, Jr. died on Tuesday, February 18, 2020. Funeral services will be held at 11:00 am on Saturday, February 22, 2020 at Hanes-Lineberry N. Elm St. Chapel, 515 N. Elm St. in Greensboro. A reception will follow at the funeral home immediately following the funeral service. Andre will be privately laid to rest in Guilford Memorial Park Cemetery in Greensboro. Andre was born in France on July 17, 1930 and enlisted in the French Army in 1948 after three years in the military school in Savmur and Paris. He then decided to move to New York to start a new life. He attended MIT, Penn State, Rhode Island School of Design, Cornell University and was a senior member of AATCC for 25 years and a member of Institute of Textile Technology in Charlottesville, VA and King College in Kingston, PA. He is survived by his wife, Sherry Leigh Smith Mailliez; sons, Brian Mailliez of Greensboro and Andre Mailliez, III of Georgia; grandsons, Aaron and Adam; sister, Maxellende Lagoutte of Vaucelles, France; nephew and nieces, Francois Mailliez, Virginie Mailliez, Florence Lavin, also from France; brothers-in-law, Steve Smith and family of Naples, FL and Leigh Smith and family of CT. Online condolences may be made at www.haneslineberryfuneralhomes.com.

To plant a tree in memory of Mailliez Jr. Andre as a living tribute, please visit Tribute Store.
+1
Plant a tree
+1