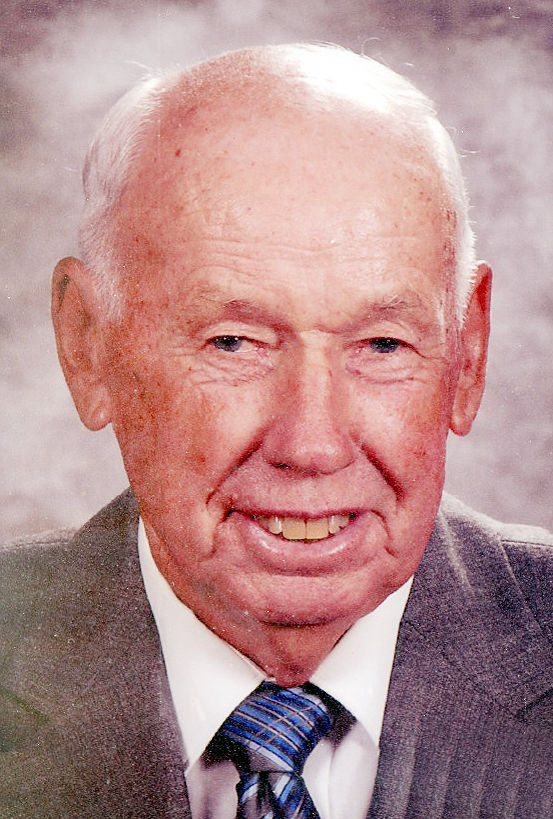 JANUARY 7, 1932 - FEBRUARY 13, 2020 Mr. James Lawrence Crutchfield died peacefully at Beacon Place in Hospice care on Thursday, February 13, 2020 at the age of 88. The family will receive family and friends at Mt. Pleasant United Methodist Church on Saturday, February 15, 2020 from 5 to 7 p.m. A funeral service will be held on Sunday, February 16, 2020 at 3 p.m. at Mt. Pleasant United Methodist Church with a burial service following in the church cemetery. Lawrence was born on January 7, 1932 in Oak Ridge to A.B. and Ethel Crutchfield. He was a lifelong resident of Guilford County and resided in McLeansville the majority of his life. He was an active member of Mt. Pleasant United Methodist Church for 63 years. He enjoyed serving in the United Methodist Men's Club, the XYZ Group and a member of the Reid Bible Class. In addition to being active in the church community, he thoroughly enjoyed camping, traveling, gardening, and working in his yard. Lawrence served his country in the United States Army, stationed in Alaska from 1954-1956. In 1999, he retired from Cone Mills as a truck driver with honors of achieving over 1 million miles driven in his career. After retirement, he worked with his brothers with Crutchfield Landscaping for many years. Lawrence was married to his lifelong sweetheart for 63 years. He was a loving and devoted husband, father and grandfather. Lawrence is survived by his wife Thelma Cobb Crutchfield; son James Kevin Crutchfield and daughter Karen Crutchfield Lagana (Tony); grandchildren Courtney Hunt, Autumn Hunt, Keenan Crutchfield, Kailea Padgett, Brennan Lagana and Ty Lagana. He is also survived by his sister Marie Spainhour; brothers Leslie Crutchfield (Mildred), Bobby Crutchfield (Vivian), David Crutchfield; sisters-in-law Marie O'Shields (Steve), Gladys Clapp (John), Rita Rodabaugh (Karl), Lib Cobb and many nieces and nephews. He is predeceased by his brother Glenn Crutchfield, sister Alice Faye Burnell, brothers-in law Robert Cobb, Stanley Cobb, Paul Spainhour and sisters-in-law Frances Phillips, Virginia Kirkman, Otelia Crutchfield and Stella Crutchfield. Lawrence will be greatly missed by his family and friends. In lieu of flowers, donations can be made to Hospice and Palliative Care of Greensboro, Mt. Pleasant United Methodist Church or the Children's Home Society of NC. Forbis & Dick N. Elm Chapel is serving the Crutchfield family. Online condolences may be offered at www.forbisanddick.com. Forbis & Dick N. Elm

To plant a tree in memory of James Crutchfield as a living tribute, please visit Tribute Store.
+1
Plant a tree
+1