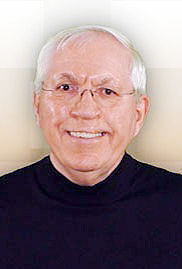 FEBRUARY 2, 1938 - JUNE 20, 2020 "I have fought the good fight, I have finished the race, I have kept the faith," 2 Timothy 4:7. Robert Bens of Greensboro, NC, passed away on June 20, 2020 at the age of 82. Bob was born to parents Arthur and Elizabeth Amann Bens in the city of Erie, PA. Bob is survived by one sister, Audrey Eule, and preceded in death by a second sister, Gail Nicklas. Bob attended Erie Academy High School and graduated from Grove City College in 1960 with a bachelor's degree in business administration. Bob was a track star at Erie Academy and at Grove City. When he arrived at Grove City, the track squad had only 15 members, so Bob entered in all of the distance events including the mile, the two mile, half mile, and the mile relay team, placing first a majority of the time. In 1958, Bob turned in a 4:33 mile, the best in 30 years, and in 1960, Bob set a new cross country Course record. Bob worked hard as a child, delivering papers, ushering in theaters, and shoveling iron ore from train cars, as he worked his way through college. After graduating from Grove City, Bob married Marilyn Huff in Erie on October 14, 1961. They had three children, Philip (Laurie), Elaine, and Daniel (Katrina). Bob started his professional career in the field of accounting and after a few years he was given the opportunity to learn about computers. Computer mainframes were starting to be used in the 1960s, and Bob was sent to Manhattan to learn the inner workings of systems and how to write programs for computing machines. Bob went on to work for Hammermill Paper as a systems analyst and as a financial manager. In the 1970's Bob became very interested in Spiritualism. After taking development classes, Bob became a certified medium in 1975 and an ordained Spiritualist minister in 1995. Bob also started four churches throughout the years, authored a book, and was leading a virtual mediumship class through Zoom at the time of his passing. On March 26, 1983, Bob married Marcella Stover and eventually moved to Greensboro, NC, where Bob worked as an accountant for Hilton Properties for many years. Bob was preceded in death by his wife Marcella in April of this year. In addition to his sister and three children, Bob is survived by his stepdaughter Rebecca Ditoro, five grandchildren, three great-grandchildren, and many nieces and nephews. Online condolences may be offered at www.forbisanddick.com Forbis & Dick N. Elm Street Chapel is assisting the Bens family.

To plant a tree in memory of Robert Bens as a living tribute, please visit Tribute Store.
+1
Plant a tree
+1