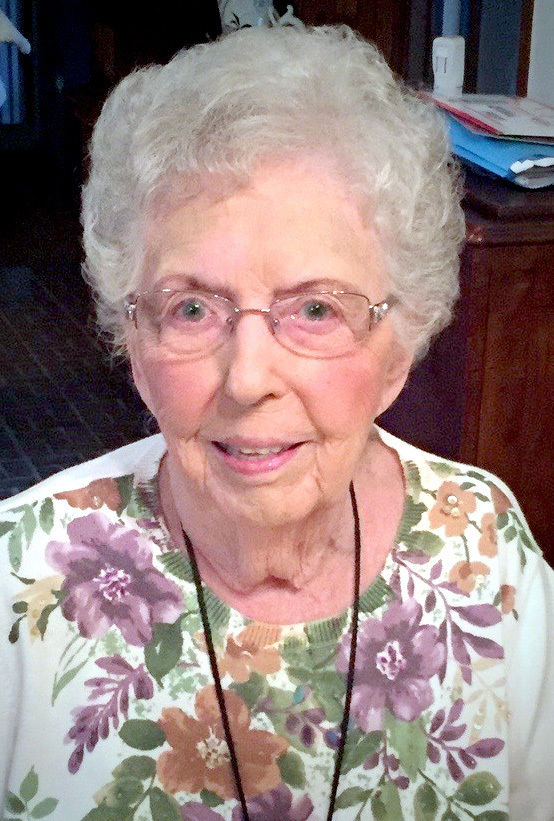 Rosa Nell Williams Baldwin was welcomed into the loving arms of her Lord and Savior on Thursday, June 25, 2020 with her daughter, Rose Marie, by her side. Rosa Nell, 94, a resident of McLeansville, was born March 10, 1926 in Easley, SC to Luther Jackson and Beulah Morgan Williams. Rosa Nell spent her teenage years in Schoolfield, VA and graduated in 1944 from Schoolfield High School, followed by earning a Clerical Business Skills Certification in preparation for work. After working a short while, she was spotted sitting in her front porch swing by a handsome young Navy Seabee, William Ray Baldwin. After much persuasion by Ray, they dated and married in 1946. Ray and Rosa Nell had two children, Jerry Ray, born in 1947, and Rose Marie, born in 1951. Rosa Nell was the consummate Mother to her family, always having delicious meals, nursing illnesses, or serving as a Boy Scout Den Leader, or a School Grade Mother. She was a devoted 73-year member of Bessemer United Methodist Church, where she taught Sunday School and served as a leader in United Methodist Women. Following the teachings of Christ, supporting the work of the church, and passing the legacy of faithfulness to her children and grandchildren were of lifelong importance to Rosa Nell. Rosa Nell was a homemaker, but when her family needed funds for her children's post-graduation education, she went back to work, first with the Almar Hosiery Mill and later with Proctor and Gamble. Many cherished friendships were developed through not only church, but also these work experiences. After retirement, Rosa Nell and Ray spent many years in their motor home, spending summers in Cherokee, NC and traveling throughout the USA. Rosa Nell was preceded in death by her husband, her parents, her son, Jerry Ray Baldwin and her brother, Freeman C. Williams, along with her husband's 7 siblings and their spouses. Rosa Nell is survived by her daughter, Rose Marie Baldwin-Shirey and husband Dennis of Yorba Linda, CA; daughter-in-law, Margie Baldwin Scott of Greensboro, grandchildren, Jay Baldwin and wife Heather of Julian, Stephanie Shirey of Anaheim, CA, and Trevor Shirey of Greensboro, and her great-grandchildren, Logan and Owen Baldwin of Greensboro. Also surviving are her sister-in-law, Betty Williams and many treasured nephews and nieces. Due to the Covid-19 restrictions, a private family committal service will be held at Guilford Memorial Park. A service to celebrate Rosa's life will be announced at later date. The family has requested that those desiring make memorials in Rosa Nell's memory to: Crohn's & Colitis Foundation, National Processing Center, P.O. Box 1245, Albert Lea, MN 56007 The family is being served by the Hanes-Lineberry Funeral Home Sedgefield Chapel. Online condolences can be made at ww.haneslineberryfhsedgefield.com

To plant a tree in memory of Rosa Baldwin as a living tribute, please visit Tribute Store.
+1
Plant a tree
+1