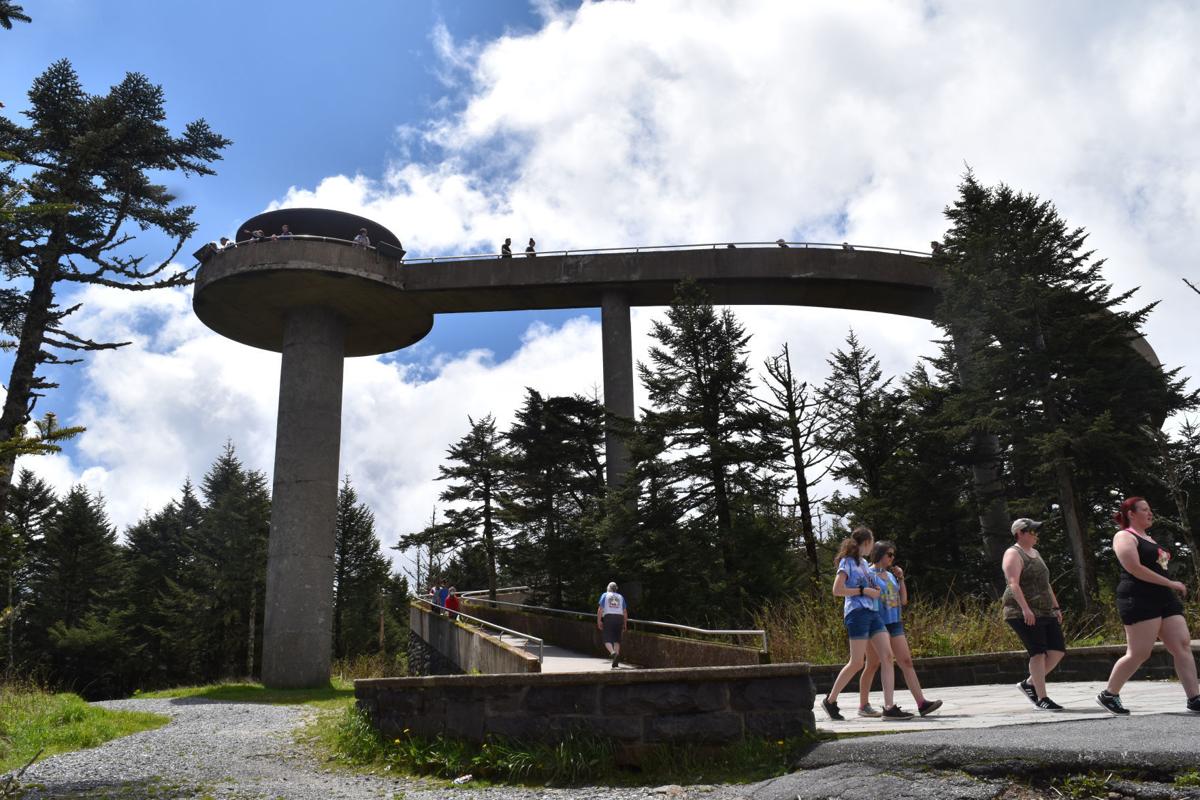 Visitors walk Clingmans Dome observation tower, on May 30, 2020. It reopened on May 19. 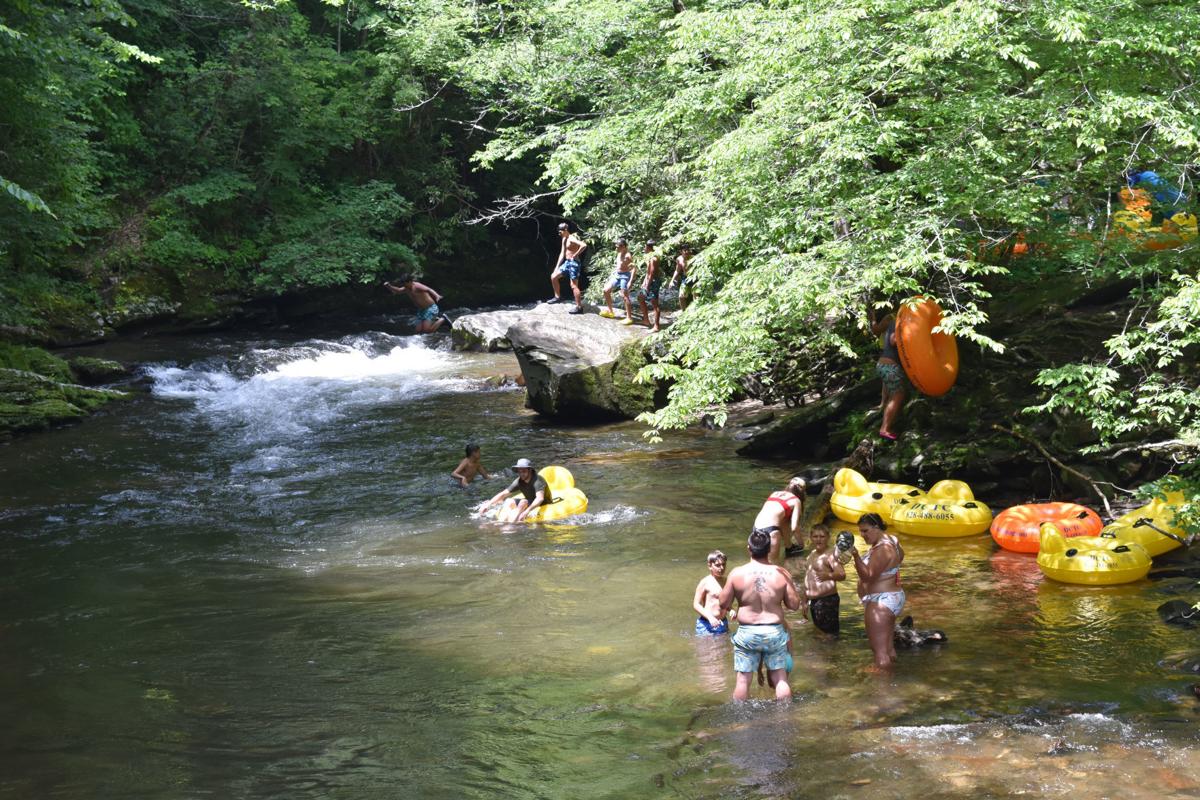 Deep Creek in the Great Smoky Mountains National Park on Saturday, June 6. Visitors can rent tubes from stands outside of the park and tube down the creek. 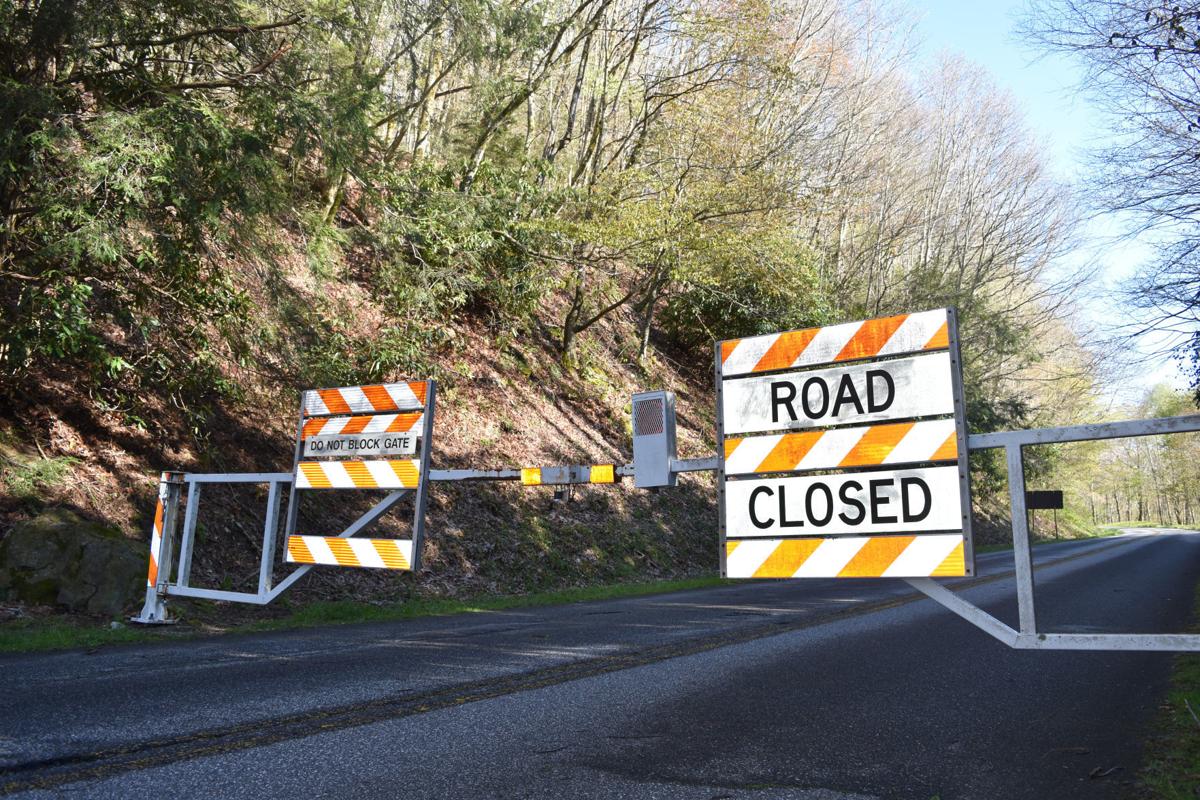 Visitors walk Clingmans Dome observation tower, on May 30, 2020. It reopened on May 19.

Deep Creek in the Great Smoky Mountains National Park on Saturday, June 6. Visitors can rent tubes from stands outside of the park and tube down the creek.

Johnson, a supervisory forester in the park, and her team have been managing the growth cycles of the two invasive plants for years. Left unchecked during the park’s closure, they threatened to overtake several native plant species in certain areas of the mountains.

“We were very worried that they would bloom and go to seed while we were unable to control them, because we weren’t allowed to work,” Johnson said.

She and her team were permitted to re-enter the park two weeks before its reopening to start managing some of its flora and pulled up nearly 10,000 garlic mustard plants. The coltsfoot had already gone to seed, meaning a lost spring cycle.

But as stay-at-home orders lift and visitors begin to pour back into parks around North Carolina, park officials are finding other novel concerns that they must contend with.

Closures gave some parks time to regrow certain plants species, both native and invasive. This regeneration has been a mixed bag in the Smokies, Johnson said.

Park staff reported a resurgence of some wildflower populations in places normally frequented by heavy foot traffic. But the beautiful vistas have now drawn larger crowds than normal to certain sites, and photo opportunities are causing people to step off established trails and damage the newly grown plants.

“People were all over the place, trampling and trying to take pictures,” Johnson said, describing a particularly popular growth of pink lady’s slipper flowers near one visitors center. “Folks don’t understand that you may see the mature plant with the flower, but you’re never going to see the juvenile plant with that level of trampling.”

The Smokies, named the most popular national park in the country this year, drew over 12 million visitors in 2019. Their six week closure kept approximately 1.2 million visitors away this spring . But not everyone heeded the closure signs, a cause for concern among park staff as they dealt with reduced personnel.

“It was disappointing, the number of emergency calls that we got, considering no one was supposed to be in the park,” Johnson said. “There were fewer staff available to respond to those calls.”

As restrictions lift and summer begins, state and city parks are also attempting to manage larger crowds with fewer employees on site. Some parks in the Raleigh area are seeing double their usual number of visitors for this time of year, said Lincoln Larson, an assistant professor of Parks, Recreation and Tourism Management at North Carolina State University.

“If you take away other recreational resources from people but leave parks and open spaces accessible, the visitation increases dramatically,” Larson said. “So now you have twice as many people, and no staff to manage any of these people doing whatever they want in these open spaces.”

Parks must also deal with different behavior of visitors, as some individuals refrain from going inside communal spaces. In the Smokies, this has led to an increase in people stepping off the trails to use the restroom, rather than going indoors at one of the visitor centers.

“People don’t realize the impact that has,” Johnson said. “Plants get stepped on, urine can affect the soil pH, and some people don’t follow ‘leave no trace’ and will leave toilet paper behind, which is litter.”

Wildlife biologists and researchers have also implemented their own set of precautions as they monitor the number of COVID-19 cases in the state. Out of an abundance of caution for the state’s bat population, the North Carolina Wildlife Resources Commission has suspended its research projects on the species, whose populations have already dramatically declined due to a fungus called white nose syndrome.

While the novel coronavirus’s origins are still unconfirmed, research has found that old-world bats carry a genetically similar coronavirus to SARS-CoV-2, the virus that causes COVID-19 .

“There’s no evidence to say that new world bats are under threat from SARS-CoV-2,” said Falyn (cq) Owens, an extension wildlife biologist at the NCWRC. “But our concern is that we have no idea of if they’re even capable of contracting it.”

While people rarely come in to contact with bats, the NCRWC encourages residents to proceed with caution if they are in areas with high populations of the species. The mountains of western North Carolina in particular, contain many known bat roosts.

“We’re trying to make sure that human beings who could have the disease, and bats who don’t have it yet, just don’t even come in contact with one another,” Owens said.

As far as human-to-human contact goes, Larson said officials are currently struggling with how best to monitor outdoor spaces this summer. Parks provide a crucial outlet for physical and mental health needs, but also heavily rely on self-regulation from attendees.

“It’s an odd juxtaposition of people starting to realize that nature is more important than ever — and that’s encouraging — but also becoming increasingly concerned about spending time in outdoor public spaces,” Larson said.

Balancing needed recreational opportunities with health precautions “are the challenges that park managers are going to be faced with, working on conjunction with public health officials,” he added.

NC News Intern Corps is a program of the NC Local News Workshop, funded by the North Carolina Local News Lab Fund and housed at Elon University’s School of Communications.

Whether seeking wide-open spaces or exploring a historic urban neighborhood, remember to #RecreateResponsibly! We encourage you to follow the guidance from the Centers for Disease Control and Prevention to reduce the spread of COVID-19 and follow Leave No Trace principles when you visit.

• Know before you go. Visit NPS.gov/findapark for current park conditions and availability of restrooms and other facilities. Make a plan, follow the 10 Essentials, and if you are sick, stay home.

• Keep it close. Follow the state and county orders governing the open status of the area you’re considering visiting. The National Park Service is working closely with governors and state and local health departments as we increase access and services across the National Park System.

• Keep your distance. Recreate with the people in your household. Give others plenty of room whether you are on a trail, at a boat launch, or in a parking lot. Follow the CDC’s social distancing guidelines for staying six feet away from others. Be prepared to cover your nose and mouth if you’re near others.

• Know your limits. Consider postponing challenging hikes or trying new activities while first responders, parks, and communities continue to concentrate on responding to the pandemic.

• Keep it with you. If you brought it, take it with you. Trash pickup and restroom facilities will continue to be limited in many park areas.

Guilford County has recorded more than 2,400 cases since the pandemic began in March.