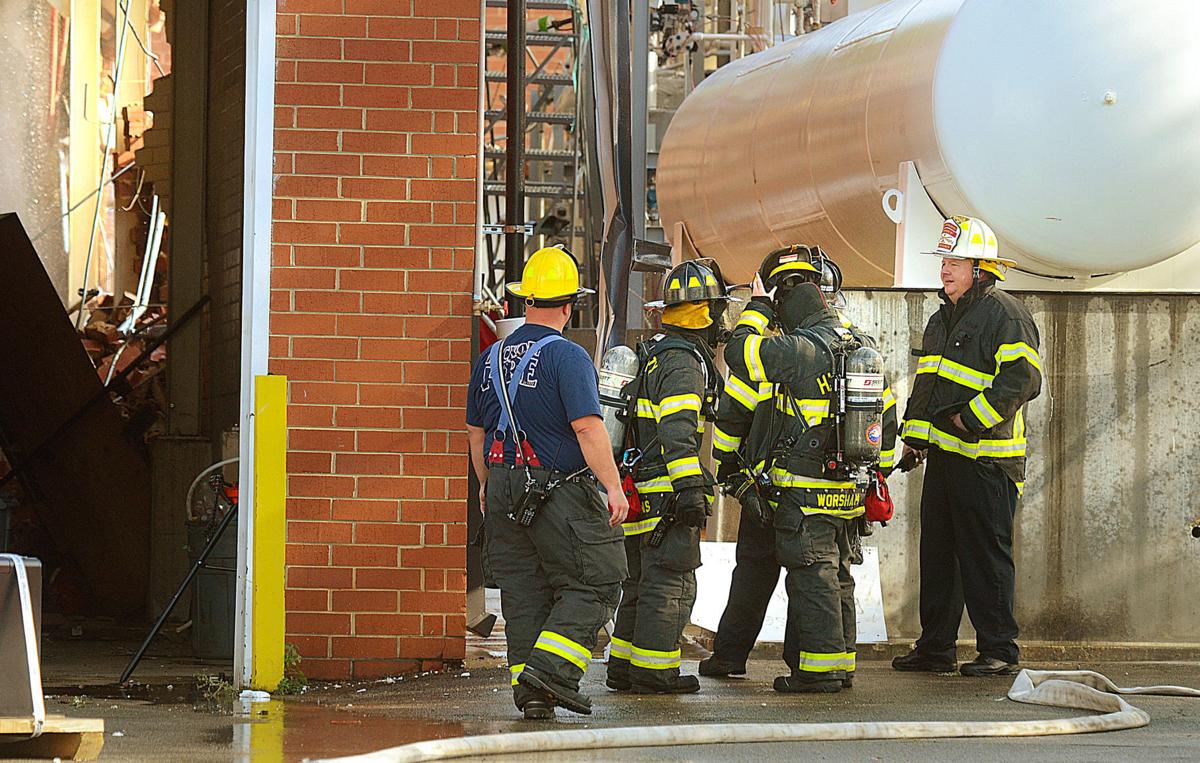 Hickory firefighters survey the site of an explosion at the OneH2 plant in Long View Tuesday morning. The explosion left a hole in the wall of the building that's visible to the left of the firefighters. 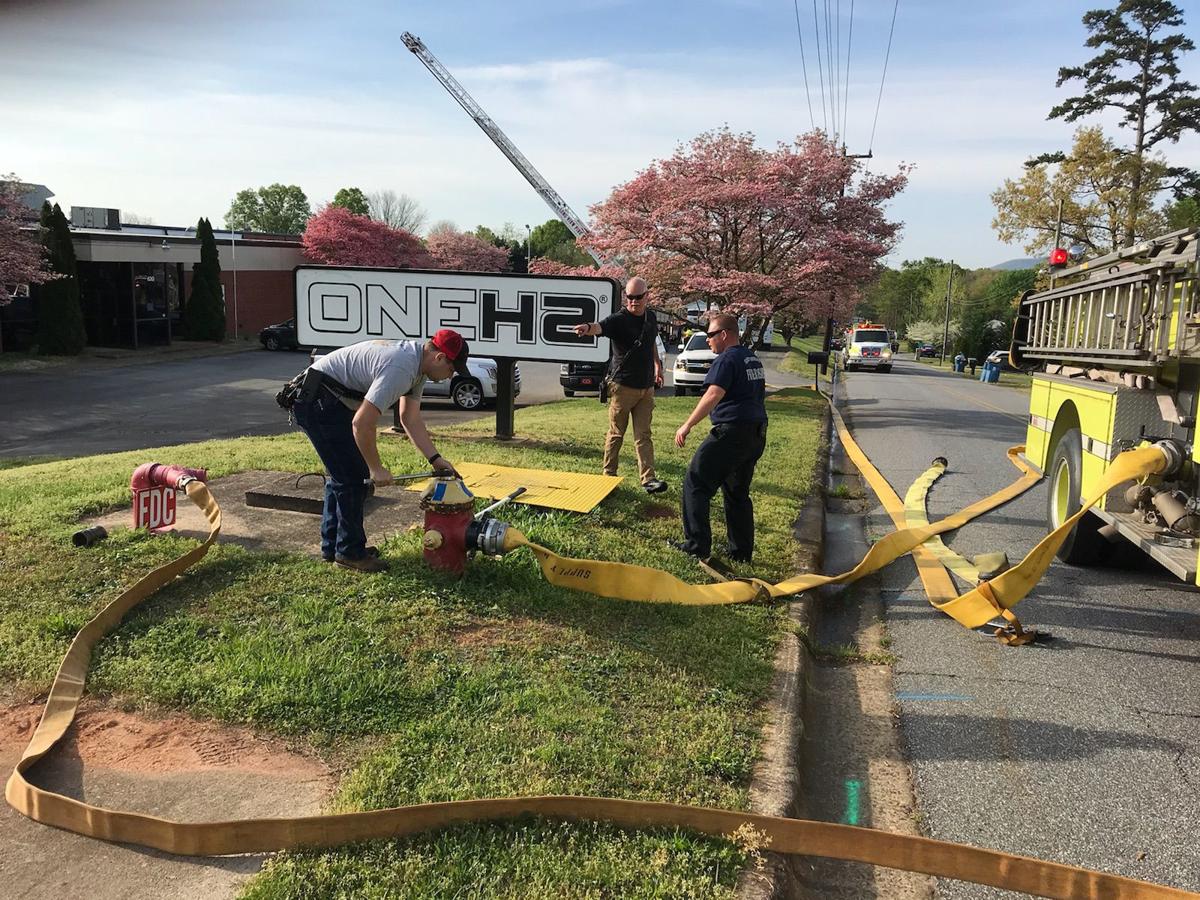 Firefighters on the scene of the reported explosion Tuesday morning. 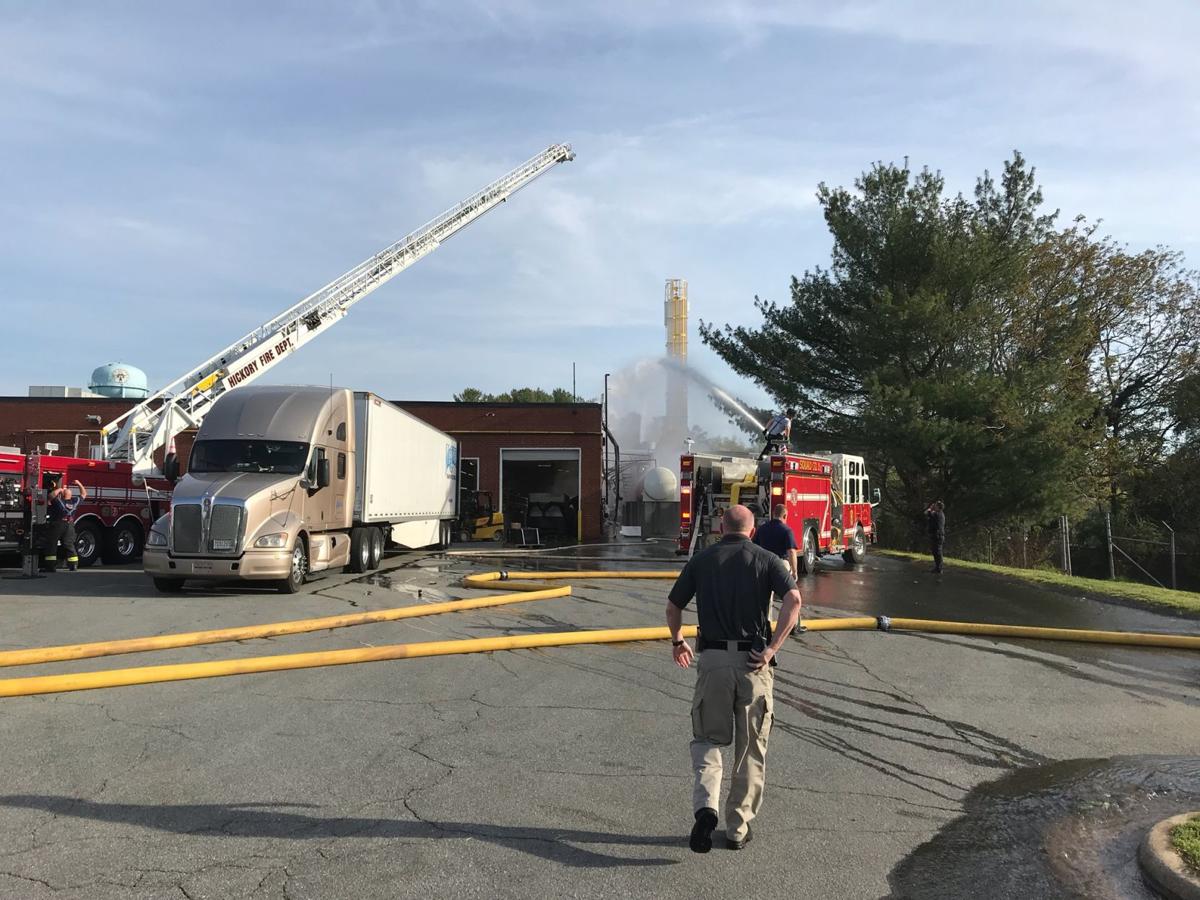 Hickory firefighters survey the site of an explosion at the OneH2 plant in Long View Tuesday morning. The explosion left a hole in the wall of the building that's visible to the left of the firefighters.

Firefighters on the scene of the reported explosion Tuesday morning.

There were no serious injuries in a hydrogen fuel plant explosion in Long View on Tuesday morning, according to Terri Byers, fire education coordinator for the Hickory Fire Department.

Long View is  in Burke and Catawba Counties near the city of Hickory.

The 44 employees of OneH2 on duty at the plant are all accounted for and are safe, according to reports from the scene.

The building, however, was damaged. A press release from Catawba County said the cause of the explosion is still being investigated.

Some nearby houses also sustained damage — such as broken windows and doors blown out of their frames — but no residents living in the vicinity of the explosion have been reported injured.

The county press release listed approximately 60 surrounding homes as sustaining mostly minor damage from the explosion. They have all been inspected by Catawba County building inspectors and City of Hickory fire inspectors, according to the release. One home has been deemed uninhabitable, and the owner is aware and is being assisted. Affected homeowners are advised to contact their insurance company to begin the reporting process.

Johnathan Wilson lives on 20th Street NW near the plant. He said when the explosion occurred, everything fell off the walls of his home and many of his dishes broke. Thankfully, he said, he didn't have further damage to his home.

"It shook the entire house from left to right," he said. "I've been in earthquakes before, and I thought it was an earthquake." Wilson said the police came by to find out if he had any damage and asked him to stay inside if he could. He said they didn't say why he should stay inside.

Responders are monitoring air quality, a county release stated. Earlier, officials on the scene said emergency officials were monitoring the air in case there was a gas leak. The measure was viewed as precautionary.

In describing the plant, OneH2's website says, "We deliver hydrogen fuel that's ready for 'immediate use' — already converted to high-pressure gaseous fuel that takes only minutes to dispense."