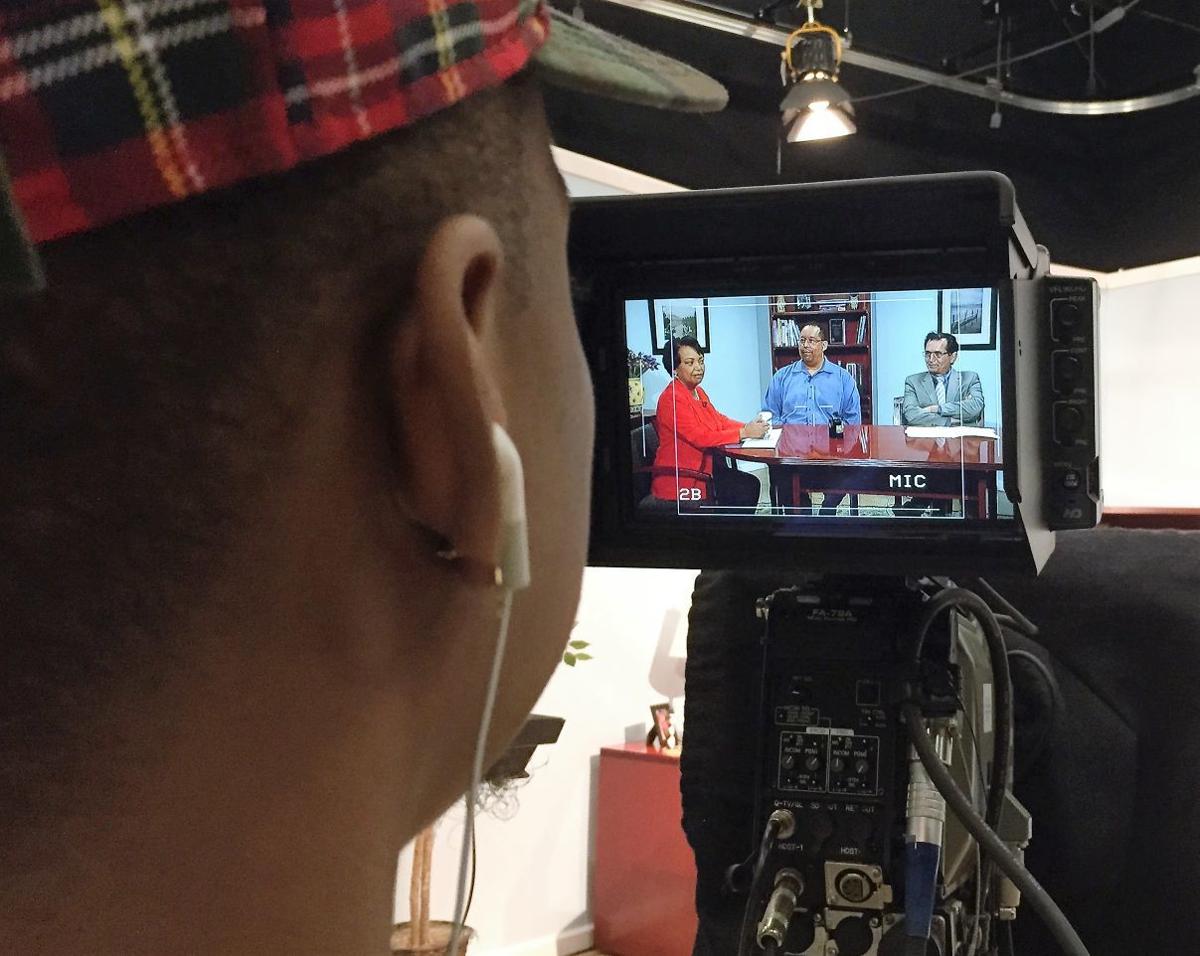 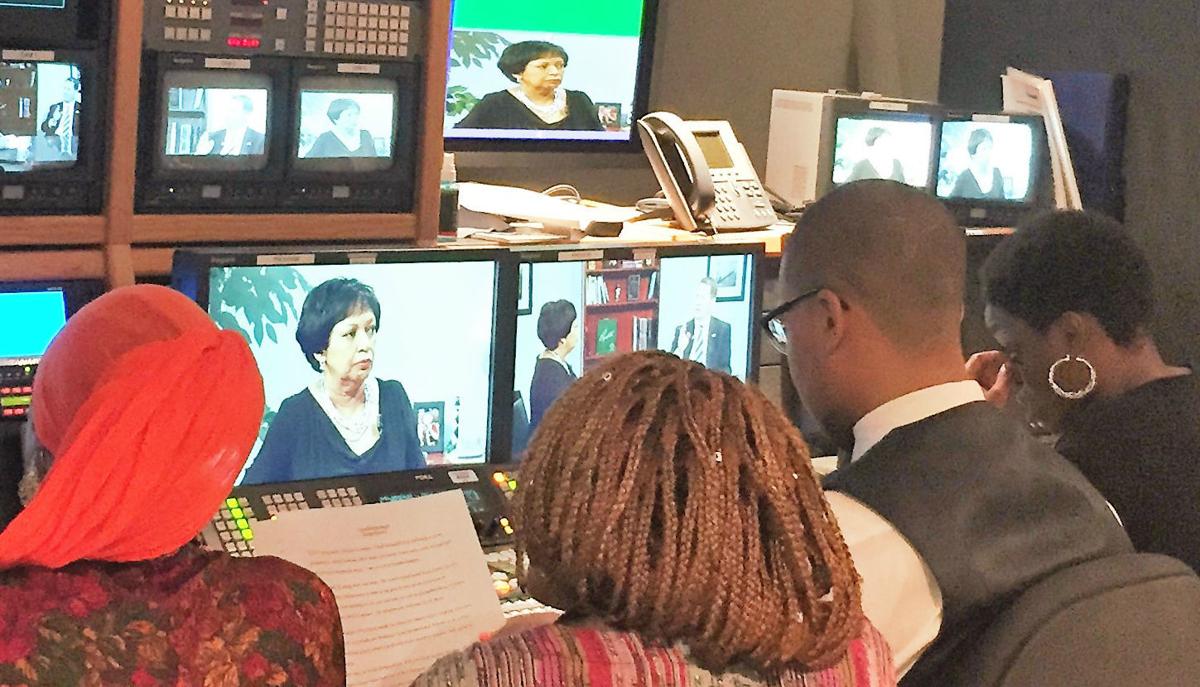 Sandra Hughes, the host of “Triad Perspectives,” appears on monitors in the control room of the TV studio at N.C. A&T. 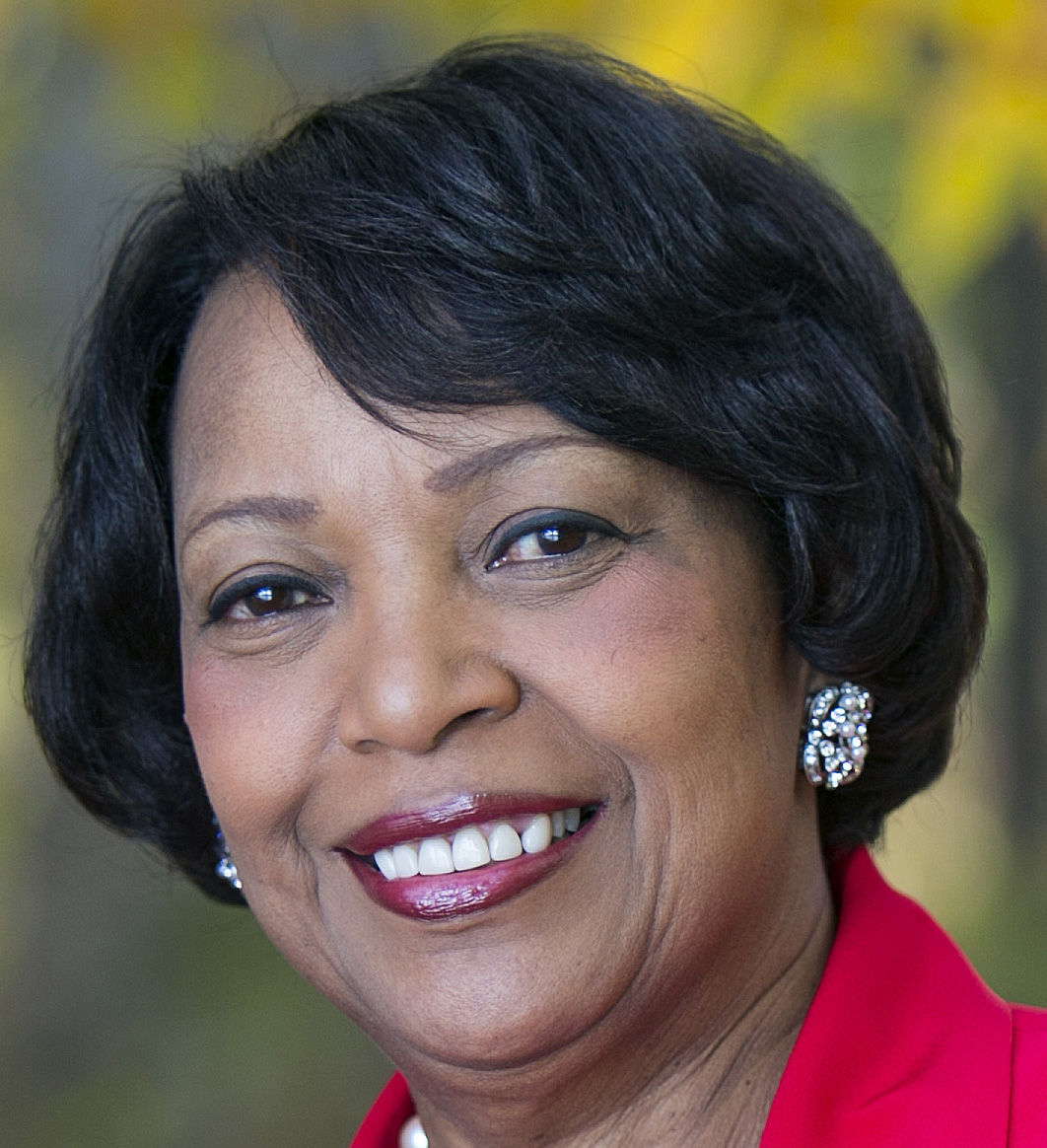 Sandra Hughes will team with Julie Luck as the station’s co-anchors.

Sandra Hughes, the host of “Triad Perspectives,” appears on monitors in the control room of the TV studio at N.C. A&T.

Sandra Hughes will team with Julie Luck as the station’s co-anchors.

GREENSBORO — Sandra Hughes is back on the air.

Five years after stepping away from the anchor desk at WFMY, one of the best-known TV personalities in the Triad has a new show.

In addition to her hosting duties, Hughes serves as a sort of coach on the set, as the show is put together almost entirely by A&T students.

“When I was at WFMY, everyone was telling me what to do,” Hughes said after Wednesday’s taping. “Now I can tell the students what to do, which makes me feel good about what I’m doing.

“It makes me feel like I’m teaching — not just showing up.”

Hughes retired from full-time work at WFMY (CBS, Channel 2) in late 2010 after 38 years as a reporter and anchor. But she hasn’t completely disappeared from the airwaves.

For a couple of years after leaving the anchor chair, Hughes hosted a monthly show on WFMY. She also filled in occasionally for an absent anchor.

Hughes, who turns 69 next month, has taped some TV commercials for local businesses and she emcees events at A&T and around town. She has collected a couple of lifetime achievement awards, including the top honor from the National Association of Black Journalists.

Last summer, she sat down with The HistoryMakers, a Chicago organization that has filmed oral histories of thousands of notable African Americans. The Library of Congress has a transcript of the interview.

Her regular gig has been at A&T. Hughes, who got her degree from the school, joined the faculty of the university’s journalism and mass communications department in 2011.

She teaches a couple of classes each semester: On-Air Delivery, which trains students how to work in front of the camera; and Electronic News Writing, where students learn to report, write and edit stories for television.

For “Triad Perspectives,” Hughes traded a lectern for a conference table in A&T’s TV studio on the third floor of Crosby Hall.

The idea for the show came from a similar production that A&T professor Yahya Kamalipour created at Purdue University Calumet, where he worked before coming to A&T last fall. “Calumet Perspectives” has aired on public stations in the Chicago area for the past 14 years.

Kamalipour, the chairman of the journalism and mass communications department, said he wanted A&T to have something similar to promote the university and give students more hands-on broadcasting experience.

A&T’s take on the concept has two segments that run about 13 minutes each. One segment features someone from A&T. The other is an interview with someone from the community.

For the first episode that airs Monday night, the show opens with an interview with A&T engineering professors Abdollah Homaifar and John Kelly about their work with unmanned vehicles. The second segment features Logan Rustan, the interim animal welfare director at the troubled Guilford County Animal Shelter.

As for the choice of host, Kamalipour said it was the proverbial no-brainer.

“I wanted it to be a professional program — excellent in every sense of the word,” Kamalipour said. “We are fortunate that she’s available.”

At a taping Wednesday, Hughes — her face, her voice — is instantly recognizable.

She was warm and casual during her interview with Kevin Baker, the executive director of Piedmont Triad International Airport. She gave Baker plenty of time to talk about recent improvements to Greensboro airport. She interjected with a couple of stories of her own. It’s a friendly conversation watched by three cameras in the studio and several others in the control room upstairs.

Hughes’ bosses on the set are all students. The show’s director, Kaila Rucker, is a mass communications major from Atlanta. Micha Caldwell, a senior from Dallas, is the associate producer who books the guests.

Production and publicity meetings are held Tuesday and Wednesday. The show tapes Wednesday afternoon. The students don’t get academic credit for their work, though Kamalipour said that might change eventually.

“I just want to get more experience,” Rucker said. “I definitely have the love for directing. Free or paid, I’m into it.”

On the set, Hughes is the host of the show. But she’s also a teacher to the crew of students who film and edit the show.

Before the segment, floor director Diamond Willis approached Hughes to adjust the microphone pinned to her dress. Hughes spoke up to get the attention of the students in the room.

“In my classes, I tell my students that if you’re being mic’d up, don’t worry about where they’re touching you,” Hughes said. “In my 40 years on television, there hasn’t been a place on me …”

Hughes threw her hands up in mock surrender.

Later, Hughes asked Willis, a junior mass communication major from Dallas, to let her know when she has five minutes before the end of the interview. One of Willis’ jobs on the set is to hold up cards — one says “5,” the other “2” — to let Hughes know how much time she has left.

Willis held up a card about head-high so Hughes could see it.

Look for “Triad Perspectives” to try some different things. Hughes wants to do some segments on location, outside of the TV studio. For a show to preview homecoming, she wants to fill the studio with A&T band and cheerleaders.

Kamalipour said he’s talking to WUNC-TV about having their show air there, too.

Hughes, meanwhile, is having a ball with her new hosting role. She enjoys sharing tricks of the trade with her students and showing them how an old pro does it.

“It feels really good,” Hughes said. “I want to see all of these students on the air and in broadcast journalism.

“That would make me feel that what I’m doing is worth it.”

The show also will air on Channel 9 of Aggie TV, which is available on campus.

Hughes, who worked for WFMY for 40 years before she retired, is the first African-American woman in the Piedmont to host her own daily talk show