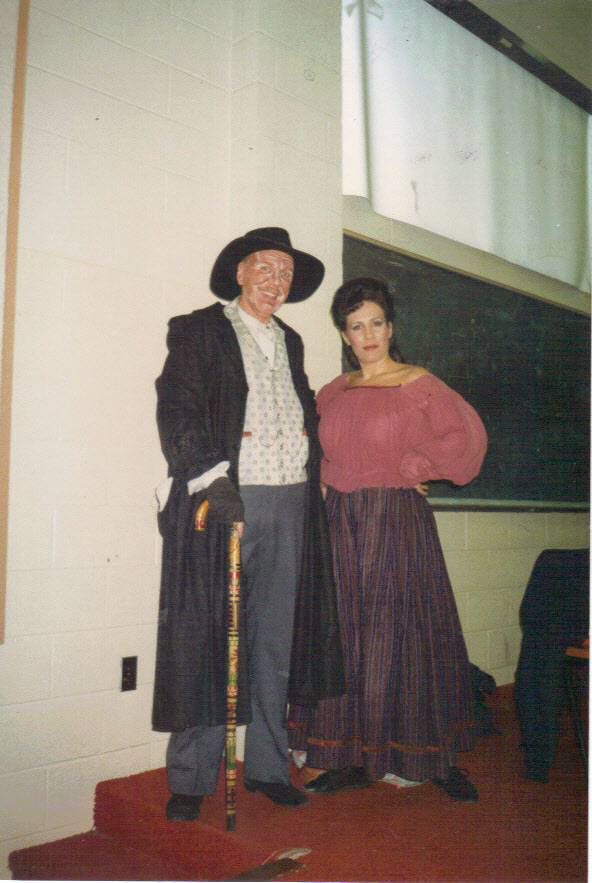 Gene Saunders, who started the guild, and Rose Cutuli Wray played the parts of Fagin and Nancy in “Oliver” for the 2000-01 season. 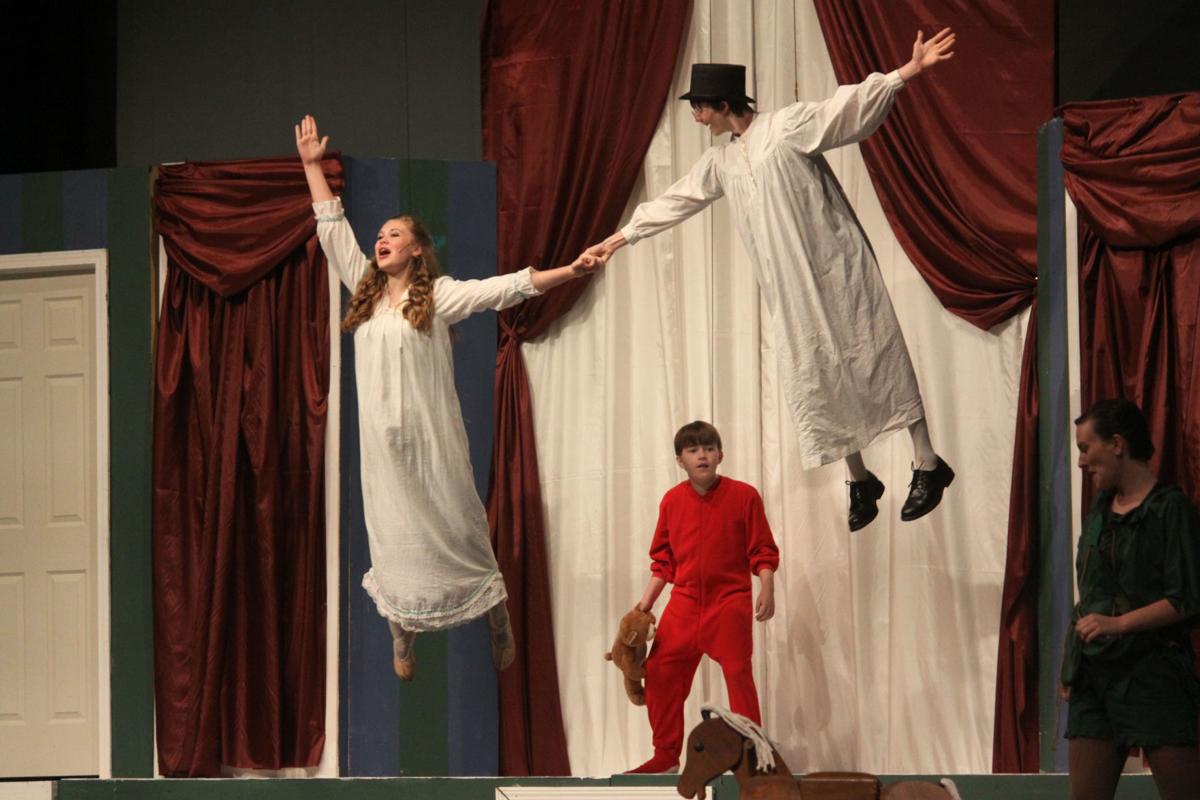 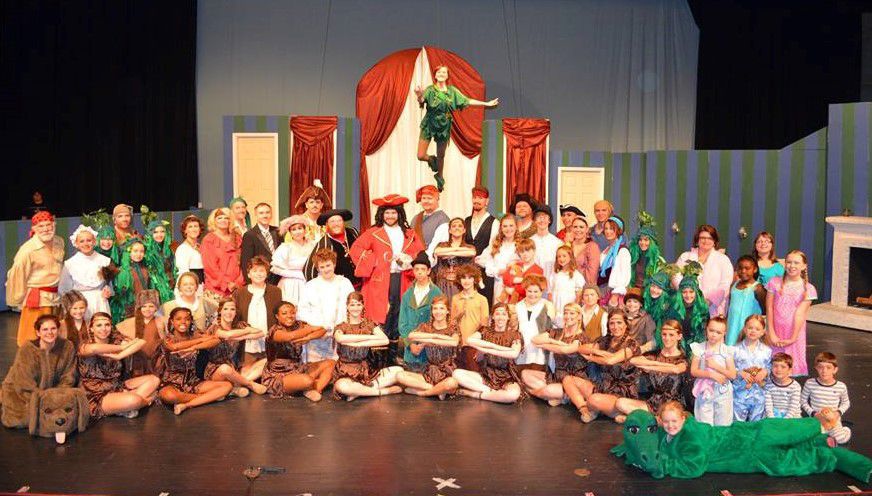 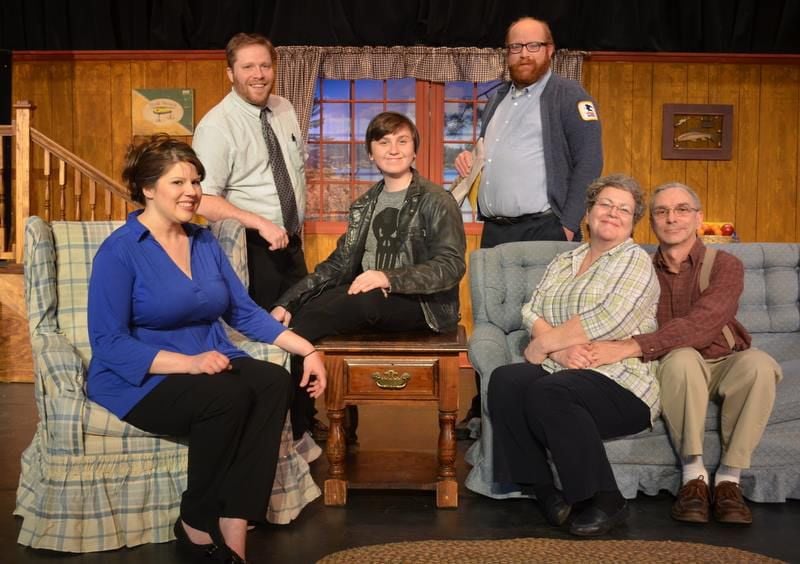 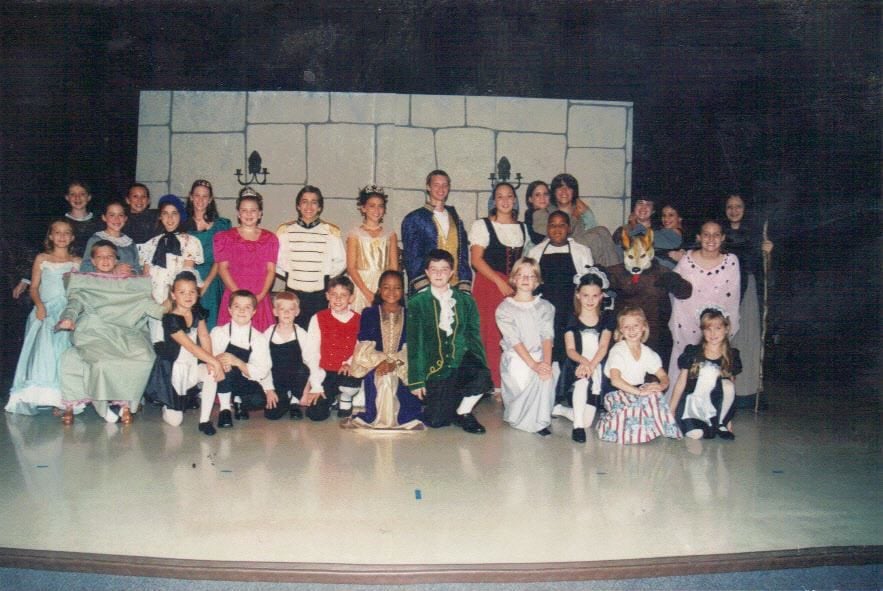 “The Enchantment of Beauty and the Beast” was presented during the 2005/2006 season. 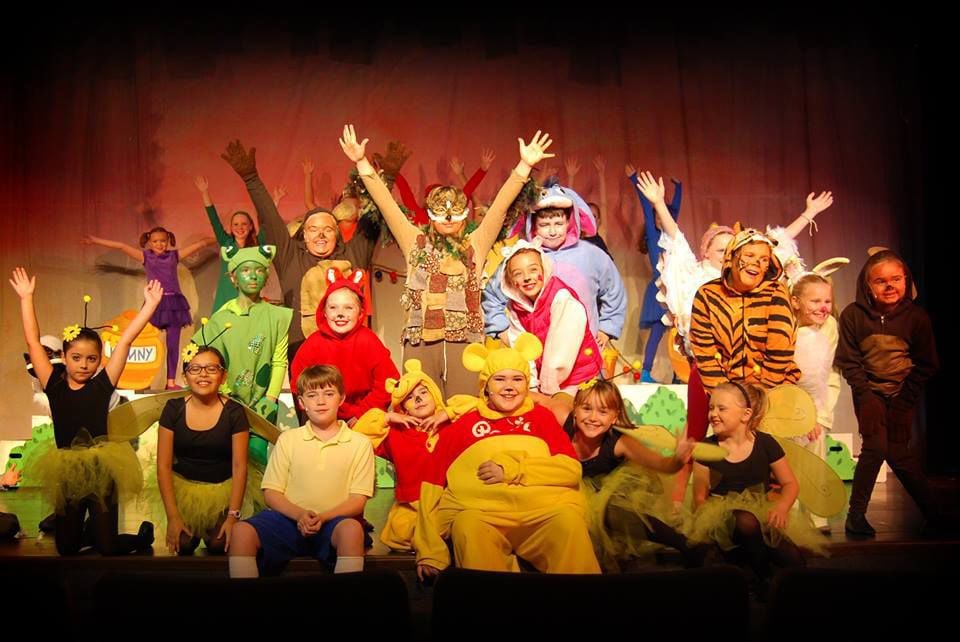 The guild presented the Children’s Theatre production “Winnie the Pooh” during the 2015-16 season. 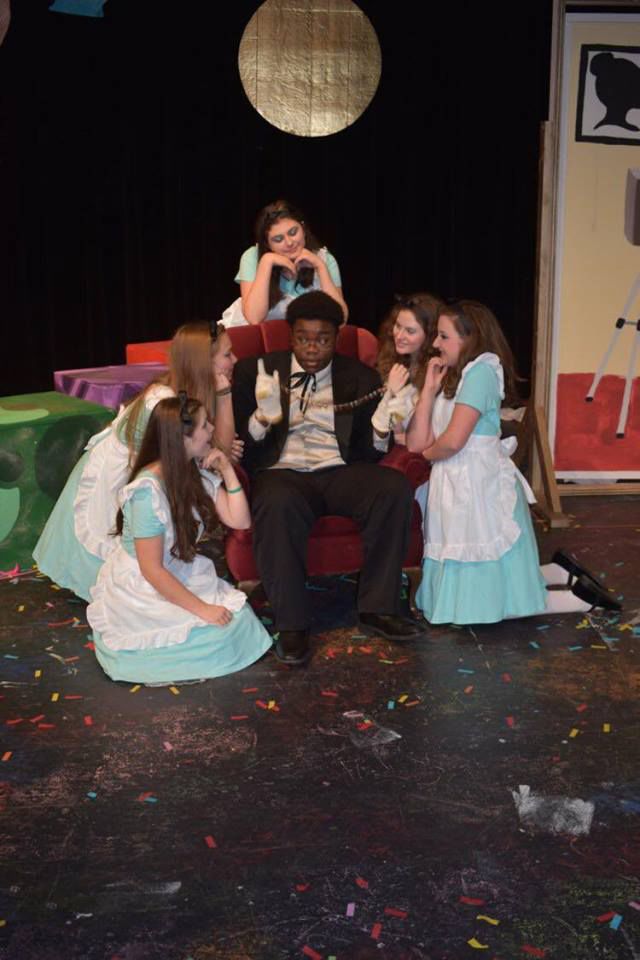 w “Alice in Wonderland” was presented this past October. 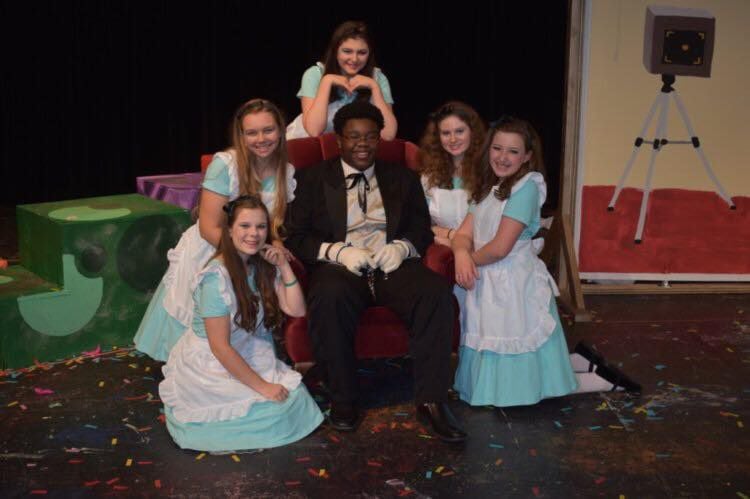 “Alice in Wonderland” was presented this past October. 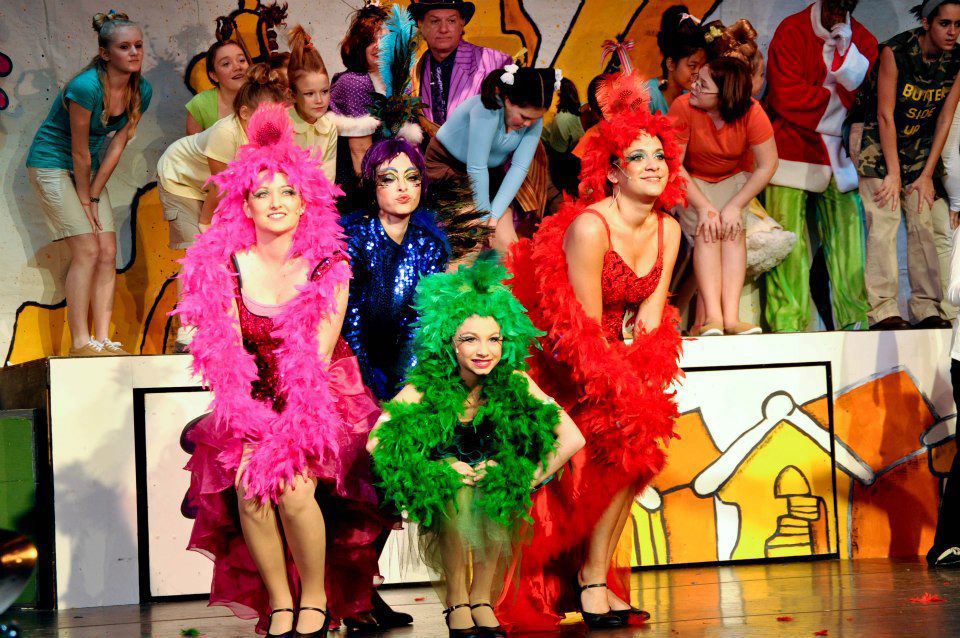 The Theatre Guild of Rockingham County performed “Seussical” during the 2006-07 and 2012-13 seasons. 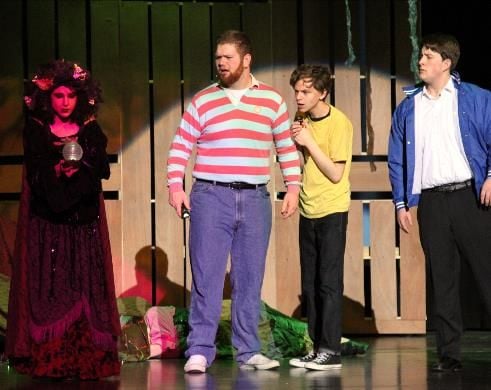 s The last showing of “Big Fish” is at 2:30 p.m. today at Rockingham Community College.

Gene Saunders, who started the guild, and Rose Cutuli Wray played the parts of Fagin and Nancy in “Oliver” for the 2000-01 season.

“The Enchantment of Beauty and the Beast” was presented during the 2005/2006 season.

The guild presented the Children’s Theatre production “Winnie the Pooh” during the 2015-16 season.

w “Alice in Wonderland” was presented this past October.

“Alice in Wonderland” was presented this past October.

The Theatre Guild of Rockingham County performed “Seussical” during the 2006-07 and 2012-13 seasons.

s The last showing of “Big Fish” is at 2:30 p.m. today at Rockingham Community College.

Thirty years ago, Gene Saunders and Paulette Marbry had a dream to bring community theater to Rockingham County, and all these years later their dream is still going strong.

“Arsenic and Old Lace,” which will be presented in March, will be the Theatre Guild of Rockingham County’s 120th production.

“Gene and I were told many times community theater in Rockingham County would never work,” said Marbry, 74. “We proved people wrong.”

In 1989, Saunders, the drama teacher at Rockingham County High School, and Marbry, a math teacher, joined forces to form the Theatre Guild of Rockingham County. The guild now produces four shows a year, each performed at Rockingham Community College, incorporating the talents of actors and theater lovers from not only Rockingham and surrounding counties.

“We were always the group that people wanted

to be a part of,” said Rose Cutuli Wray, the guild’s artistic director from 2007 to 2014. “It says a lot when people come from other places to be involved.”

The guild grew out of a desire to form a booster club for Rockingham High’s drama department. Then, during the 1988-89 school year, Saunders

and Marbry devised the idea of putting together a community theater production, “Bye Bye Birdie,” which they produced that summer. Saunders directed, and as stage manager, Marbry took care of the behind-the-scenes duties. When the principal of Reidsville High asked if a show could be performed at his school as well, a community winter show was added in 1993.

Two musicals a year were performed for a while, and eventually a straight play was added to the yearly season. Children’s Theatre was added, giving children ages 8 to 14 the opportunity to learn and develop a love for theater.

Once the guild formed a board of directors and became involved in fundraising, growth took off with the guild producing six shows in 2001.

“It almost got to be too much, and we needed a break, so we decided to go to four shows (per season),” said Wray, who was involved with the guild from Day One.

Saunders died in 2007 after a battle with cancer, and Marbry decided it was time to retire. That’s when Wray stepped in as artistic director, and under her guidance, youth theater was added for children 13-18.

Looking back at her time with the guild, Wray said the show that stands out most in her mind is “Children of Eden,” in which she starred as Eve.

“That one meant the most to me because I made people cry, and both my daughters were in the show,” Wray said.

Another favorite she helped with was “Peter Pan,” which had a budget of $100,000, made possible by community sponsorships and guild memberships. This show was produced in celebration of the guild’s 25th anniversary.

Under her leadership, Wray said she made sure the guild had the best of everything.

“I’m a professional actress, and I treated them like it was professional theater,” she said. “I really challenged everyone, and I wanted the best quality theater for Rockingham County audiences.”

“TGRC has offered exemplary theatrical productions to a small, rural community that might not otherwise have an opportunity to experience live theater,” she said.

The guild also has enhanced the lives of those involved both behind the scene and on stage, like Katelyn Sizemore, who grew up in the program.

As children, she and her sister sang. They also danced at the Academy of Dance in Reidsville.

“When we heard we could do both in a show, we were hooked,” said Sizemore, 23. She auditioned for a TGRC children’s show, “Pocahontas,” and played the role of Little Running Rabbit. Sizemore has been involved ever since, with more than 40 shows to her credit.

“TGRC is a second home to many, with it truly resembling how I think of family — young and old, near and far, a place where love is portrayed,” Sizemore said.

Sizemore’s husband, Tanner, also is involved in the guild.

“Our executive director, Beverly Burke, our artist director, Justin Bulla, and our president, Donna Compton, have created a culture this year that I love, with all three of them making appearances at rehearsals, filling a position if needed and being very present in all that is happening with TGRC,” Sizemore said.

The Theatre Guild of Rockingham County will finish 2018 with its last showing of “Big Fish the Musical” at 2:30 p.m. today at Rockingham Community College and will round out the 2018-2019 season with “Arsenic and Lace” in March and “Mary Poppins” in June.

Sizemore said her hope for the future of the Theatre Guild of Rockingham County is that it continues to grow, that lives are touched and great entertainment is provided for the community.

“I hope that there is an 11-year-old girl who finds TGRC to be a safe haven and can look back at 23 and say, ‘That’s a part of me,’ because that’s exactly how I feel,” she said. “I truly hope and pray the Theatre Guild of Rockingham County can continue to be a place where people feel loved, accepted and appreciated.”

Jennifer Atkins Brown writes every other Sunday for this section. Contact her at jennifer.brown@greensboro.com.

For more information about the Theatre Guild of Rockingham County, including auditions, future shows, tickets, camps and internship opportunities, visit tgrc-nc.com or https://www.facebook.com/theatreguildofrockinghamcounty/.