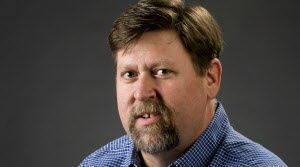 Despite the surgical scrubs and puffy winter coat, Dr. Gajendra Singh looked to be in a celebratory mood. And why wouldn’t he be?

Singh, a surgeon, small business owner and the guy armed with a slingshot, had just won a large first-step victory allowing his lawsuit against the state of North Carolina to move forward.

He’s suing the N.C. Department of Health and Human Services and the North Carolina Healthcare Association because he wants to buy an MRI machine.

Bigger picture and much longer term, his legal challenge is about much, much more: whether the state can continue knee-capping the open market for health care through arcane regulations that promote monopolies by big hospitals.

“If you can make a better pizza for less and want to open a pizza shop down the street from another one, you can,” Singh said the other day. “This is about competition. But because this is health care, you can’t. It doesn’t make any sense.”

A quick drive past Singh’s office on Maplewood Drive shows that he’s committed to running his business a different way: the prices for an array of surgeries and tests he runs are printed on a banner by the front door.

Ever drill down deep in your own medical bills and explanation of benefits to try and find the actual cost? Good luck in the age of $500 aspirins.

Singh opened Forsyth Imaging on Maplewood Drive two years ago with a simple idea. He wanted to provide general and laparoscopic surgeries (and the required tests) for affordable, transparent fees. Like, say, repairing a hernia for $2,500 instead of $25,000 or $27,000.

“Our prices are all right there where people can see,” he said during an open house this summer. “No hidden fees. No facility charges. No second charges.”

There’s one big problem — the state’s certificate of needs (CON) law. That’s the process, in place for 40-odd years now, required of medical professionals who want to purchase such equipment as an MRI machines.

Providers have to demonstrate annually that there is a need for such machines and tests in a particular area. The state’s theory is that doing so helps spread out the availability for such services and prevents overlap in densely populated areas.

To Singh’s way of thinking, that limits competition and serves to drive up prices. It restricts who can purchase medical equipment and protects hospitals.

It’s like having the state require that pizza maker to get a license and prove people will buy a $10 pie with twice the pepperoni before she (or he) can compete with a chain that sponsors Super Bowls.

Singh’s suit, filed in July 2018 and backed by the Institute for Justice, a libertarian public-interest think tank near Washington, challenges the constitutionality of such a requirement.

Naturally, the first move by the lawyers representing the state was to try and get the suit dismissed.

A Superior Court judge in Wake County had other ideas, however, and ruled last week that Singh’s lawsuit can proceed.

“This decision clears the way to litigate the question at the heart of this case: Can the state ban Dr. Singh from providing low-cost MRI services for patients who can least afford them just to protect established providers from competition?” said Josh Windham, an Institute of Justice attorney who represents Singh in a statement.

Singh, dressed in his blue scrubs not long after a morning surgery, put it more simply.

“The biggest hurdle was the state’s motion to dismiss,” he said. “The first step was going to be the most difficult. But we won.”

The next move in the lawsuit is discovery — the lengthy process of gathering evidence through an exchange of documents, interviews and depositions.

Because there are lawyers and nothing gets done without a squabble, it’ll be months, if not years, before the case is decided. But it’s a start.

“Health care costs in this country are going crazy,” Singh said. “The hard part is seeing people put off scans because they’re too expensive. By the time they get one, a cancer has spread everywhere.

“It makes me sick to my stomach.”