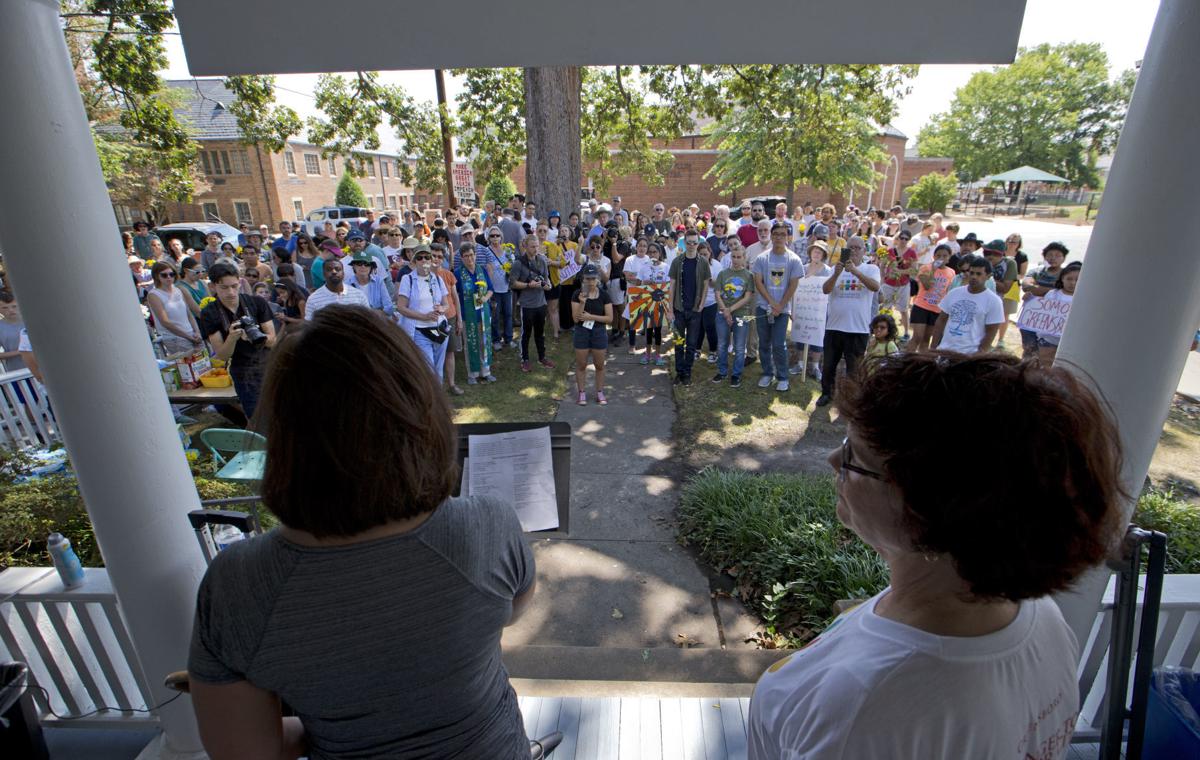 Mayor Nancy Vaughan (left) and Councilwoman Marikay Abuzuaiter (right) address a crowd outside of the FaithAction building in Greensboro before Saturday’s march, Aug. 5, 2017, in Greensboro, N.C. 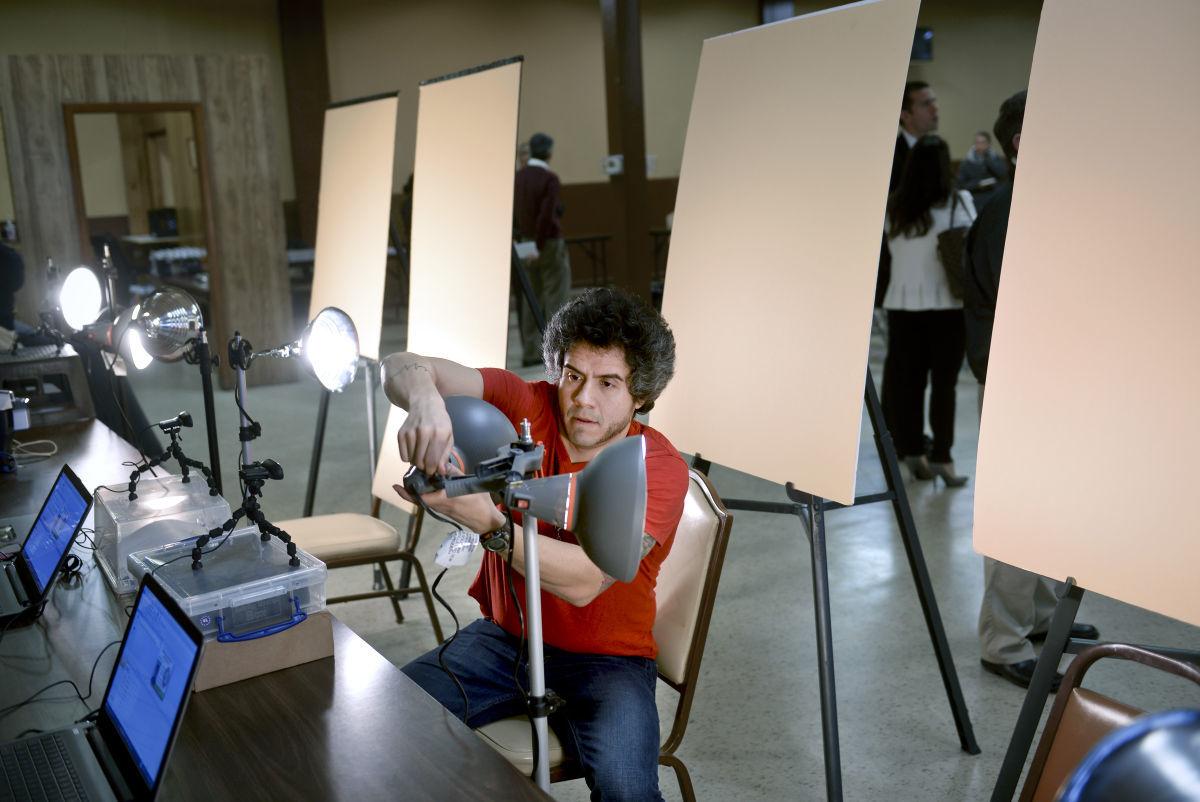 Jorge Maturino, lead technician with Faith Action, adjusts the lights in 2016 for taking photos to will be used on ID cards for immigrants. 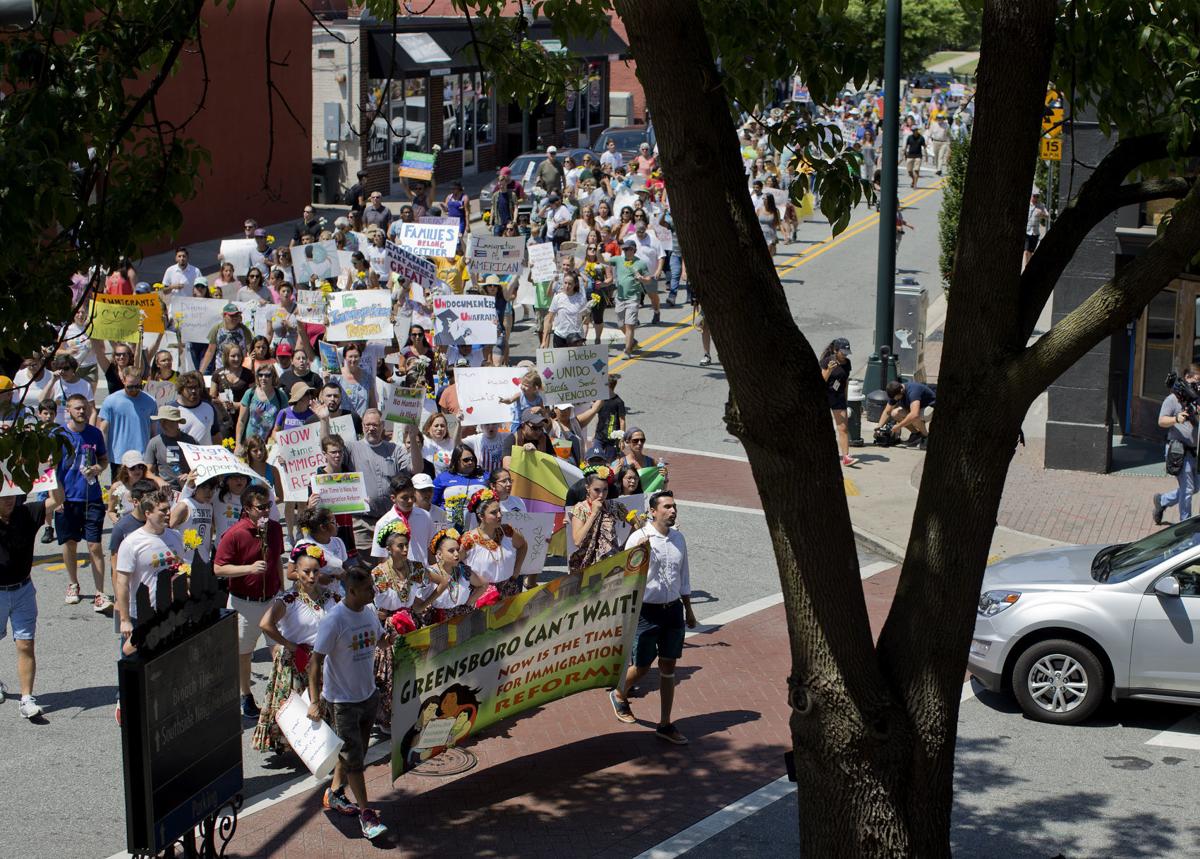 Mayor Nancy Vaughan (left) and Councilwoman Marikay Abuzuaiter (right) address a crowd outside of the FaithAction building in Greensboro before Saturday’s march, Aug. 5, 2017, in Greensboro, N.C.

Jorge Maturino, lead technician with Faith Action, adjusts the lights in 2016 for taking photos to will be used on ID cards for immigrants.

GREENSBORO — FaithAction International House has won a share of a $1 million prize for its innovative and thoughtful approach for getting immigrants, the homeless and others a form of identification that's recognized by agencies — populations that typically don't have the necessary documents needed to get traditional forms of ID.

The international BridgeBuilder 2019 Top Ideas competition sought out new approaches to some of the world's most urgent needs involving migrants and refugees.

The FaithAction ID initiative was launched with the support of local police to provide identification for any resident in the community who may not have access to government-issued forms of identification, especially immigrants and refugees.

"We are blown away," said the Rev. David Fraccaro, FaithAction's executive director. "Opportunities like this for small local organizations are extremely rare."

The nonprofit group, which operates on a shoestring budget, competed in a pool of 450 submissions from 165 countries, which was later narrowed to about 40 and then five. FaithAction is the only organization in the country to win a share of the money.

The competition was based on the question: "How do we build bridges?"

"The way they framed the question in the video was like saying (you) are so perfect for this," Fraccaro said.

Other winners include a startup incubator in the Kurdistan Region of Iraq that equips displaced and conflict-affected entrepreneurs (youth and women-founded) with tools and mentorship to rebuild their lives and Sama for All in Paris, which is described as "creating unique employment opportunities for migrants in the cultural sector, building social cohesion and shifting perceptions."

The months-long application process involved intensive interviews and working with mentors to refine their proposals.

FaithAction impressed the judges by its mission of turning strangers into neighbors. Too often, the idea is to fear the other, said Amy Goldman, CEO of the problem-solving GHR Foundation, which funds the competition.

"It was one of the few projects that was really looking at communities and how we change that narrative of fear that has taken hold in the United States," Goldman said.

The $200,000 FaithAction receives will be used to specifically replicate the ID program in 10 other communities in the the United States and internationally.

"We very much will have to continue finding funding for our day-to–day operations," Fraccaro said.

FaithAction, often fighting to keep its doors open in the past, has built a reputation for its work with community partners to help immigrants and refugees that have included those fleeing genocide in places like Syria and the Sudan.

Each year, FaithAction assists nearly 3,000 newcomers, individuals and families from more than 50 nations with basic needs.

"I was in on a lot of those discussions," said Greensboro City Councilwoman Marikay Abuzuaiter, a former longtime board member. "It’s been a hard road for them, but the mission they wanted to fulfill has always found a guardian angel — people who came together to make sure that didn’t happen."

Fraccaro is also always writing grants, even as sources dried up for all nonprofits.

With a perpetually small staff and lots of partner groups and volunteers, the nonprofit has won numerous other national awards over the past two decades and is known across the country for its multicultural training.

The group helped navigate the city through an effort to absorb Hurricane Katrina refugees in 2005, a response the Pew Charitable Trust ranked in the top 10 nationally.

Founded by the Rev. Mark Sills, the organization won the highest honor given by the National Association of Human Rights Workers in 2010. Fraccaro replaced Sills when he retired in 2011.

Since 2013, the group, working with the Greensboro Police Department and other partners, has offered the ID cards to anyone for $10 — and has helped other bigger cities such as Cincinnati start programs of their own.

Over 20,000 North Carolinians have an ID card from FaithAction or one of their partners.

More recently, the program has expanded to over 25 communities across North Carolina and the nation, including Charlottesville, Va., and Gainesville, Fla.

For some, there's no legal pathway to get a state-issued ID. In the meantime, they need proper identification to enroll children in school or take them to the hospital.

There are also American citizens — people just coming out of jail, the homeless, low-income and elderly — who also might not have all the necessary documents, for example, for even a Department of Motor Vehicles identification card.

Some of them urgently need an ID for health procedures or to start work.

To get a FaithAction ID, participants must go through orientation and provide original proof of a photo ID (national ID card, consular ID, passport or driver's license) and proof of address (bank statement or lease agreement within the last three months).

"This is something our entire community should own," Fraccaro said of the recognition.

[angry] These pious do-gooders won't rest until they have turned us into Europe and Sweden. Pathetic.