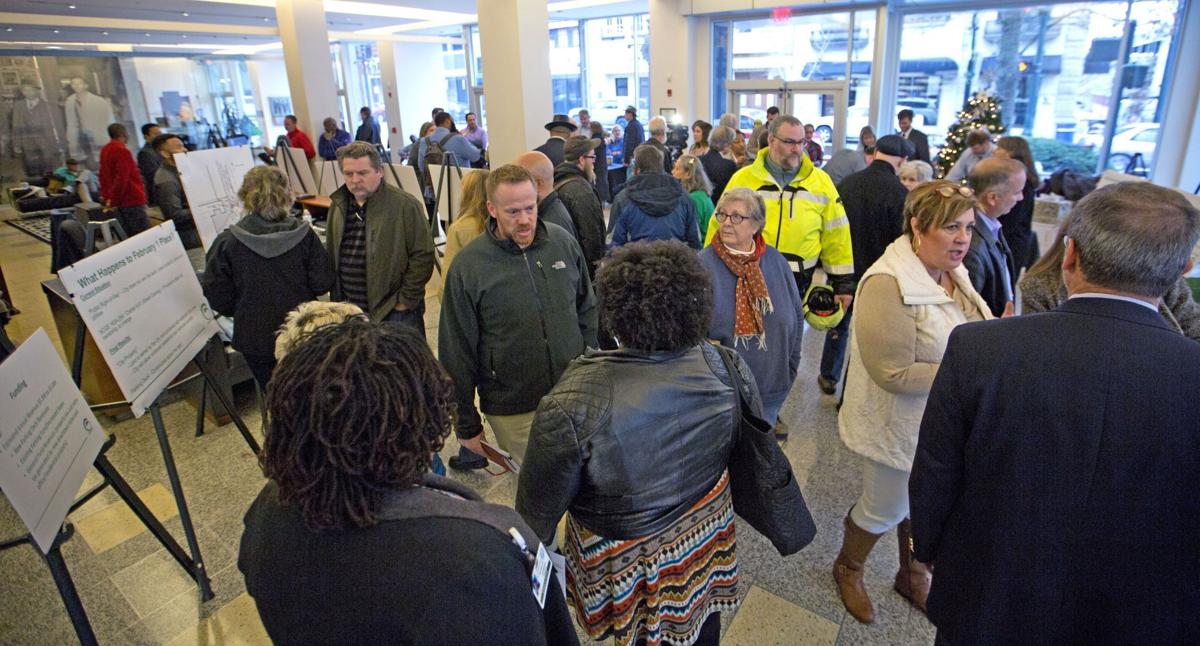 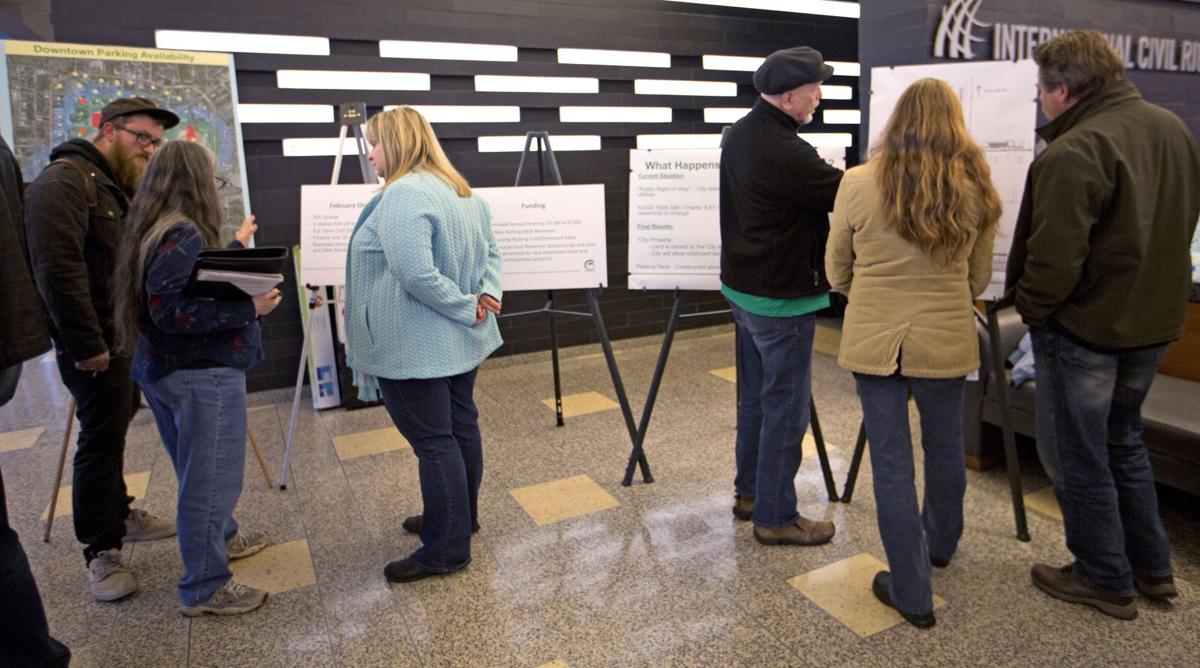 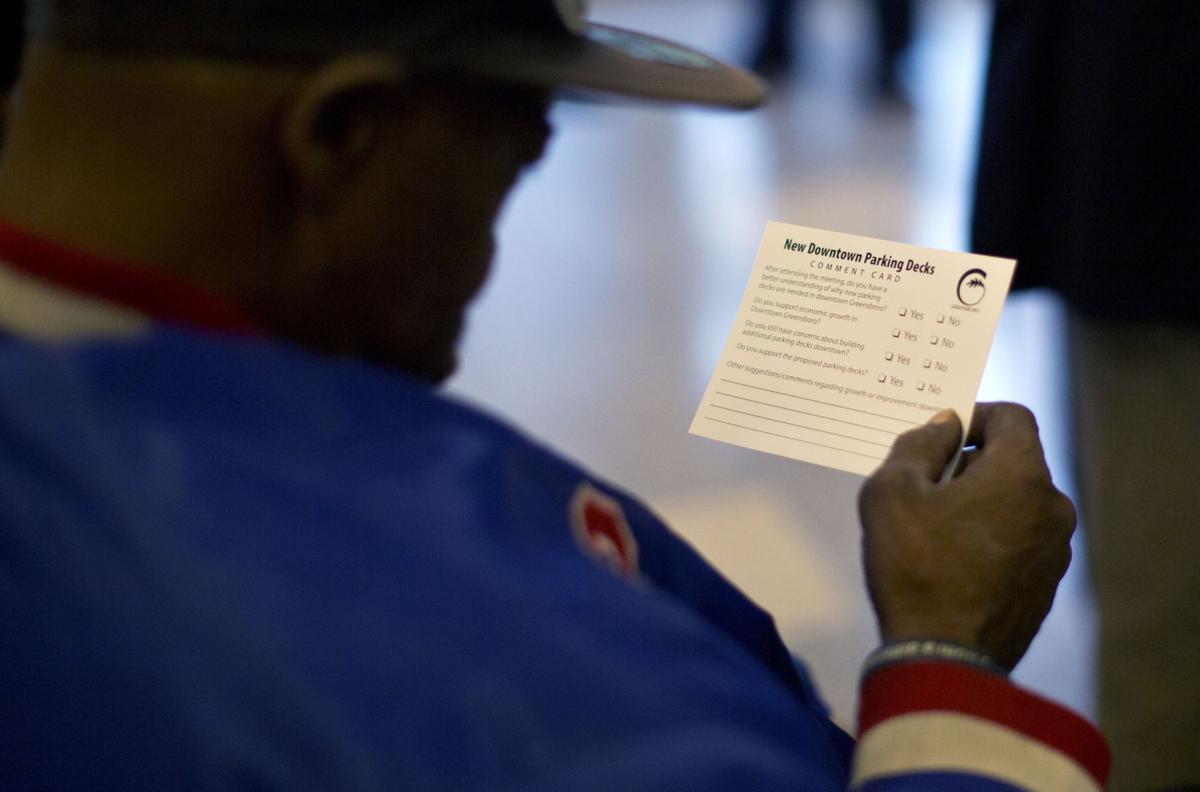 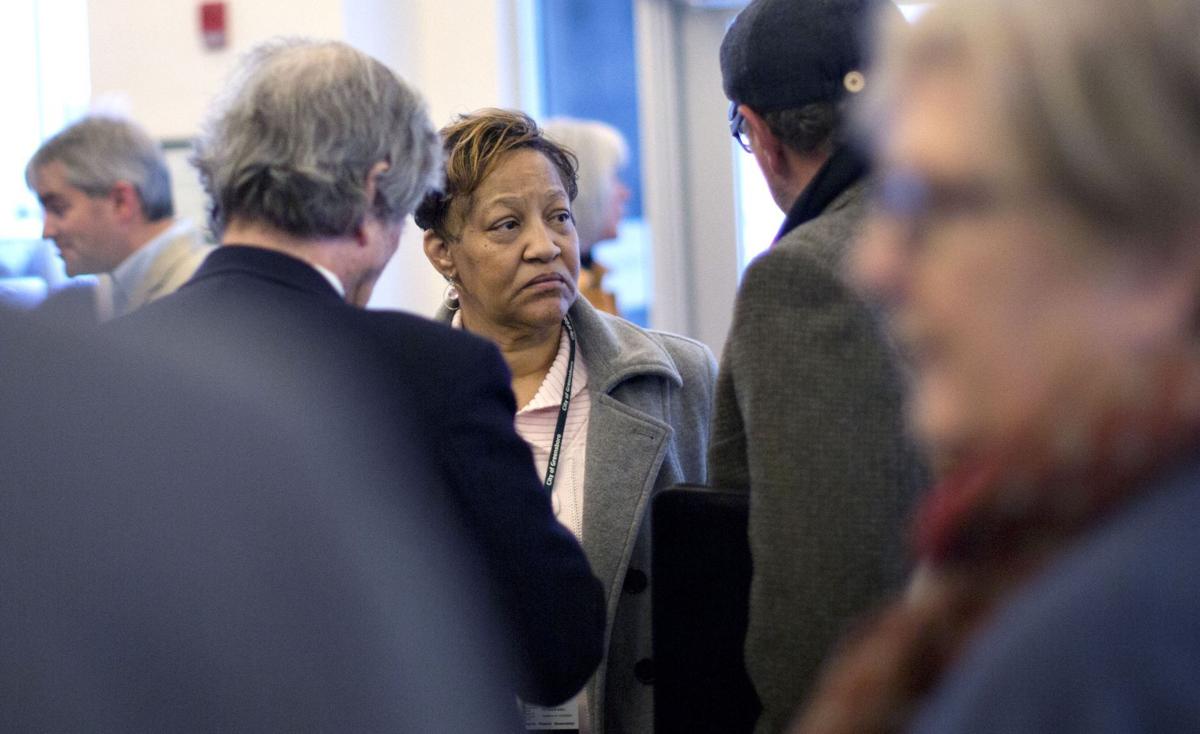 Councilwoman Sharon Hightower talks to Greensboro residents during Tuesday’s public information session. “I feel as much in the dark as, I guess, other people do,” she said. 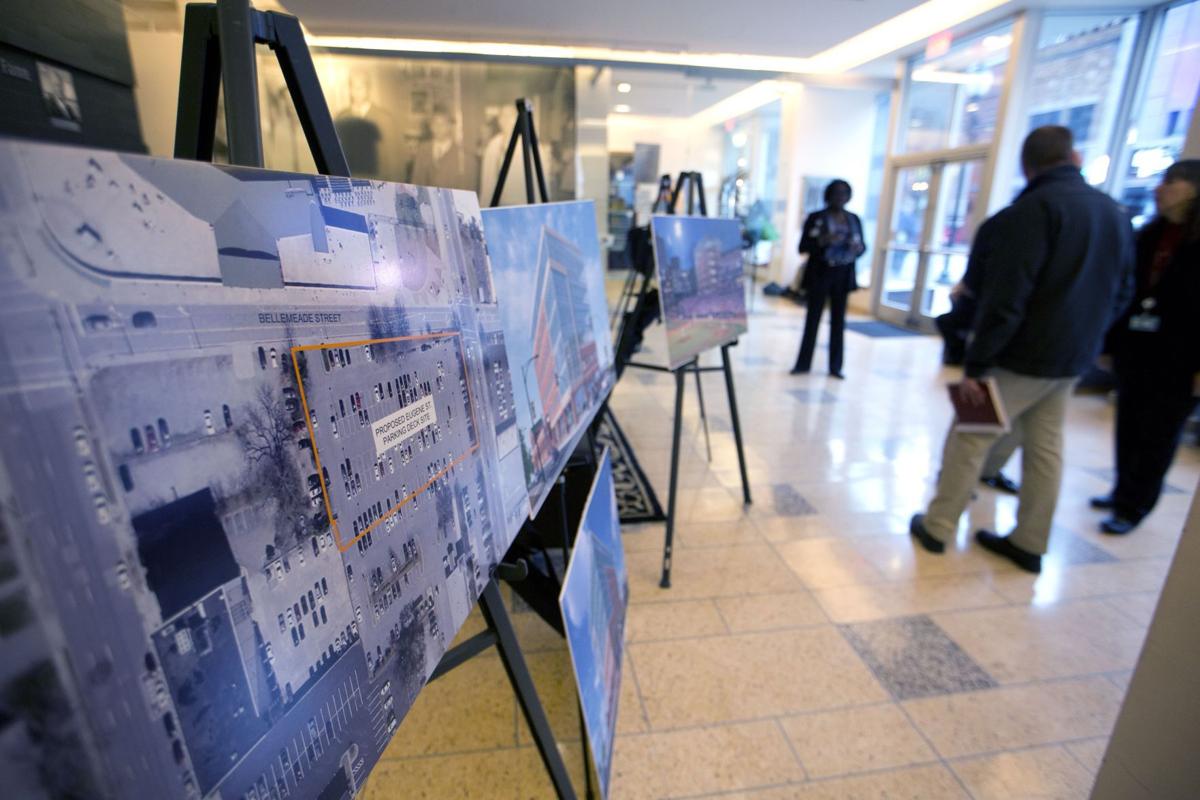 s Information boards were on display at Tuesday’s public information session regarding the downtown parking decks.

Councilwoman Sharon Hightower talks to Greensboro residents during Tuesday’s public information session. “I feel as much in the dark as, I guess, other people do,” she said.

s Information boards were on display at Tuesday’s public information session regarding the downtown parking decks.

They peppered Mayor Nancy Vaughan and City Manager Jim Westmoreland with questions about the decks — one on South Davie Street, the other on Bellemeade and Eugene streets.

How did the city arrive at the amount it needs to borrow — anywhere from $56 million to $65 million, according to conflicting city documents — to reimburse local developers to build the decks?

Why is the city still using a 2008 parking study to determine the need for decks and where they should go?

Should the council postpone its plans to vote on the decks Tuesday until the public can get more answers?

And why isn't there any information about the proposed decks on the city's website?

Members of Democracy Greensboro let it be known they weren't happy with the city's answers, either.

"This has been a very non-transparent process," Hester Petty, a member of the citizens' advocacy group, told Vaughan and Westmoreland. "You don't even have anything on your website about this."

Some of the 60-plus people grew frustrated with the format after about 30 minutes, with Councilwoman Sharon Hightower saying, "I'm not seeing what I think is the best way to engage with the public."

The Rev. Nelson Johnson of the Beloved Community Center moved to the center of the room and asked for the group's attention.

"This is not your meeting," she said, then welcomed everyone and explained the format.

But Democracy Greensboro members pressed the mayor to move the meeting to the auditorium downstairs to make it easier to discuss the matter.

"We were just talking over there" — the mayor said to Kennedy, pointing across the room — "and that's not what you said."

After a confusing 10 minutes, the meeting continued downstairs, where Vaughan and Westmoreland took questions for nearly one-and-a-half hours.

Tension between the city and Democracy Greensboro stems, in part, from the group's criticism of how the city will pay for the decks, which members have labeled as corporate welfare and "crony capitalism."

The proposal calls for the city to reimburse developers $28 million to $30 million — estimates from the city have varied — for the Davie Street deck. That's being built in conjunction with a Westin Hotel behind Elm Street Center, a project led by local businessman Randall Kaplan.

Kaplan's group would lease 180 of the 850 spaces at regular city parking rates.

Land for the deck is currently the subject of a right-of-way dispute between the city and the owners of Cone Denim Entertainment Center on South Elm. The owners have threatened to sue the city if it condemns a small easement behind the building that gives tour buses backstage access for unloading equipment.

The city also would reimburse developers anywhere from $28 million to $35 million — depending on which city document is in hand — for the deck on Bellemeade. Local developer Roy Carroll is leading that project, which includes an Aloft Hotel and another $150 million in construction near the Greensboro Grasshoppers' First National Bank Field.

Carroll and tenants of a nearby office building being built would lease 715 of the 1,050 spaces at regular city prices.

The city said it will repay the loan with parking revenue. It plans to raise monthly parking rates throughout downtown starting Jan. 1, 2019 — from $65 a month to $80 or $90 a month.

There will be another smaller increase in 2020.

Democracy Greensboro members asked how the city arrived at the amount of money it plans to reimburse the developers to build the decks.

"We don't know the exact cost yet of either parking deck," Westmoreland said.

"But that is not unusual," Vaughan added. "Nobody's going to get a check until they come back to the City Council with (the cost)."

For her part, Vaughan gave a passionate defense of the city's efforts to improve the city's economy and job outlook through economic development, specifically downtown development.

"Someone told me today that if we don't more forward with parking decks and the (Tanger) performing arts center, we are going to be the fifth largest city in the state," she said of Greensboro, now the third largest. "That's not a good thing.

"We are going to lead this city forward. We need to put our people to work.

She raised her voice: "I am not going to be the mayor of the fifth-largest city."

A few minutes later, local landlord Bulent Bediz asked: "If this is such a sound financial enterprise, why can't these businesses build their own parking decks?"

She said too many people have too many questions about the need and how the city will pay for it.

She's including herself in that group.

"I think we really need to have enough time to explain the whole process and what the ramifications are, good or bad," she said. "To me, people are too in the dark about it.

"I can't come out of an election where I promised people transparency, and I feel as much in the dark as I guess other people do."

Study: Downtown parking decks may be a thing of the past

As Greensboro considers spending millions on new downtown decks, a new report says Uber and Lyft and self-driving cars will "revolutionize parking in cities across the country."

Amiel Rossabi, attorney for the owners, spent about an hour making his case for a preliminary injunction, and the city says it has legal right to seize the property.

The suit, along with a motion for a temporary restraining order, seeks to stop the city from seizing an easement — in this case, an alleyway — behind the venue along South Davie Street.