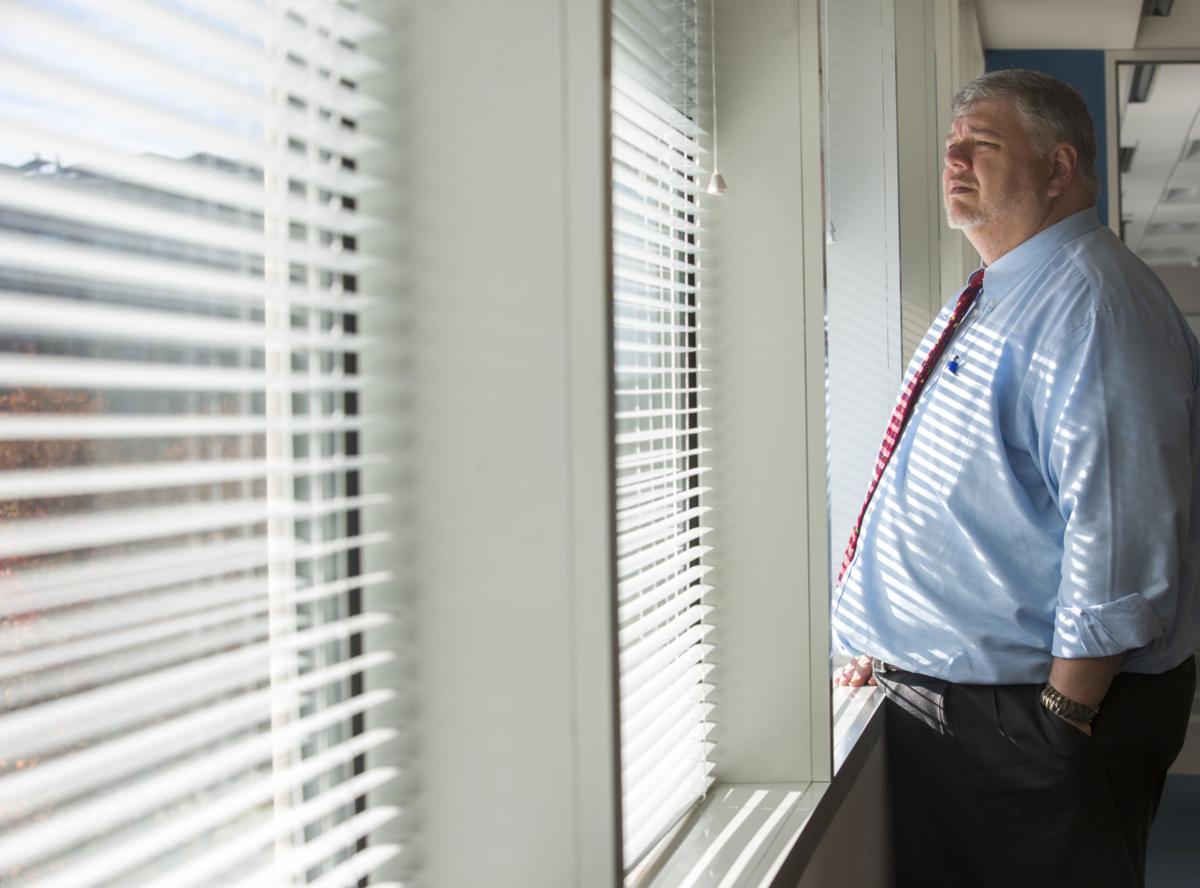 Darren Shell said hospice counseling helped him cope. “I come out and realized the sun was out and the flowers blooming,” he said of leaving the first visit. “I hadn’t seen color in six months. 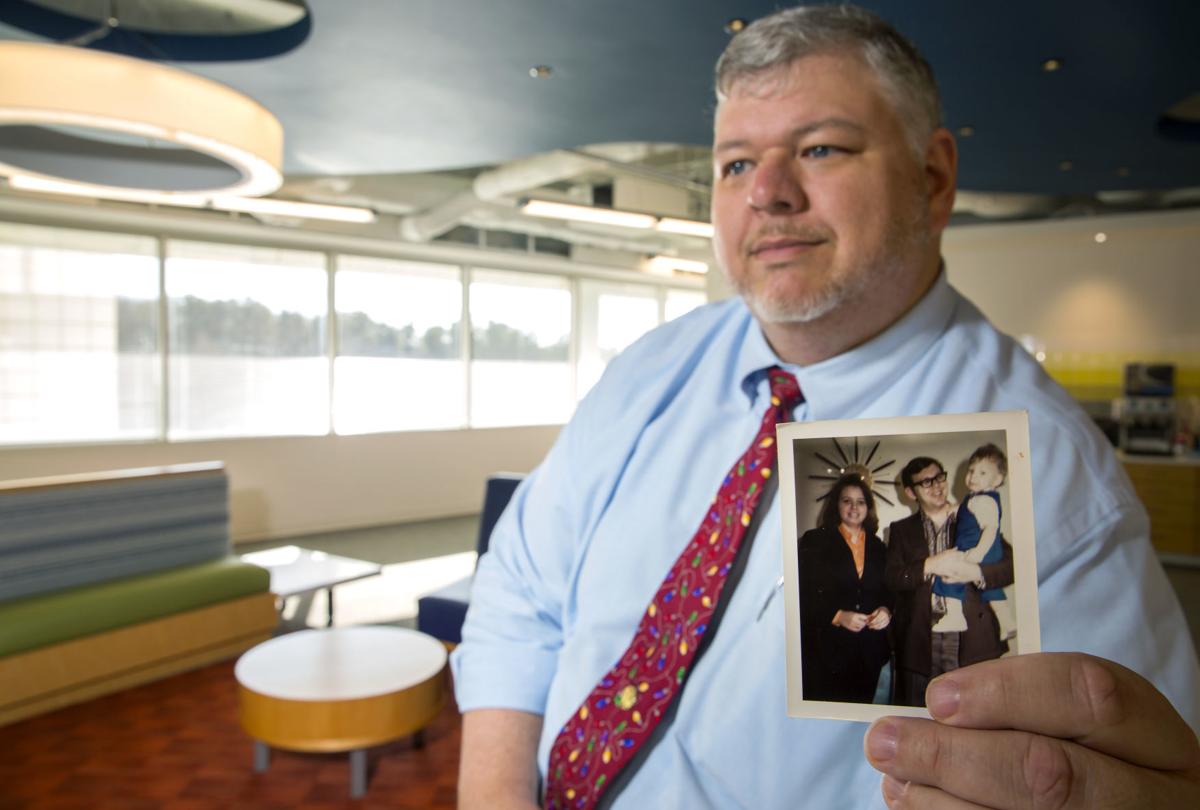 Darren Shell holds a photo of his father in Greensboro. After his best friend and father both committed suicide, Shell discovered suicide is more common than many people realize.

Darren Shell said hospice counseling helped him cope. “I come out and realized the sun was out and the flowers blooming,” he said of leaving the first visit. “I hadn’t seen color in six months.

Darren Shell holds a photo of his father in Greensboro. After his best friend and father both committed suicide, Shell discovered suicide is more common than many people realize.

GREENSBORO — It took eight years for Darren Shell to be able to tell anyone how his father died.

The elder Shell, just 59, shot himself two days after holding his newborn granddaughter in his arms in 2006.

As he struggled to understand what had happened, Shell was caught in a cycle of shock, anger, guilt and immense pain. The “what-ifs” haunted him — what should he have picked up on?

“Did he not think what (his suicide) was going to do to mom and me?” he said. “I was surprised at how mad I was.”

“You spend a lot of time trying to figure out what you could have done different,” said Shell, an integrated facility designer at Cone Health.

Suicide claims the lives of 123 people a day in this country and Shell is speaking out in hopes of removing the stigma of talking about mental health. He wants people get the help they need. And to share the layers of grief experienced by friends and family.

The LeBauer HealthCare offices, now part of the Cone Health System, are ahead of the curve by having mental health staff in their offices, allowing patients access to someone with whom they can speak with immediately.

Those struggling are often too ashamed to admit suicidal thoughts, and might only offer a hint at what they are feeling — if at all, according to mental health professionals.

The day he hung himself, the Rev. Robert McKeehan — a High Point pastor, husband and father — got up and went to the gym. And he posted a humorous account on Facebook, something people do every day.

His death made national headlines.

As did the suicide of a young man who posted “suffering is optional” on social media before jumping off the downtown Marriott parking deck.

“A lot of times these individuals have thought about it for a long time and they’ve worked out the plan in their head,” said Benny Lucas, Cone Health Behavioral Health Hospital’s chief nursing officer and vice president for patient care services.

“When they finally decide ‘today is the day’ it’s usually a spontaneous decision,” Lucas said.

Unlike what is commonly called “the blues,” depression is more than a passing mood. It’s an illness with multiple symptoms lasting over a course of months or years, and cannot be alleviated by good news or a change of circumstances.

It’s often a long-term disorder which attacks the mind and the body at the same time, and it can be crippling to those who suffer from it.

For some it might require a combination of therapy and medical help.

Medical professionals like Lucas are pushing for issues of mental health to be approached in the same manner as physical health.

For Shell, his father had been his hero for as long as he could remember. Well, him and major league baseball pitcher Nolan Ryan. Darren always spotted his father, Ed, in the stands at his baseball games, despite the elder Shell working two jobs to pay his son’s way through school.

More recently, Ed Shell had health problems related to a battle with non-Hodgkin’s lymphoma, and he carried baggage from his childhood. His mood lifted, but it didn’t stop him from later taking his own life.

In the months after his father died, Darren Shell threw himself into helping his mother and being a husband and father.

“If I didn’t think about it long enough, it would go away,” he said.

But it never really did.

“Six months later and I was falling apart.”

He decided he needed to talk to someone. So Darren Shell made the first of many appointments with hospice counseling.

“I come out and realized the sun was out and the flowers blooming,” he said of leaving the first visit. “I hadn’t seen color in six months.”

When his best friend, who had his own struggles, killed himself, Darren Shell was able to use his experiences to help his friend’s family as they grappled with the grief.

“I said, ‘One day you are going to wake up and be as mad as a hornet,’ ” he told the friend’s sister.

"She’s like, 'If he was alive, I’d kill him,'" Darren Shell recounted.

Anyone who thinks they won’t be missed or it doesn’t affect anyone else are fooling themselves, he said.

“I’ve not sat in an empty church yet,” Darren Shell said of the funerals of his father and best friend. “As a matter of fact, they were packed.”

Darren Shell looked for a veteran’s group to which he and his classmates could donate money in their friend’s name. He eventually came across Operation Pop Smoke, a group working on an app that, with the push of a button, connects with a predetermined group of friends. It lets the group know that the person is in crisis and may just need to talk, or is having suicidal thoughts.

The group is working to get it onto the Apple Store.

Darren Shell said he has gone from not wanting to speak out to telling his story in hopes of helping others.

“If it helps one person, it’s worth it,” Shell said.

Need to talk to someone?