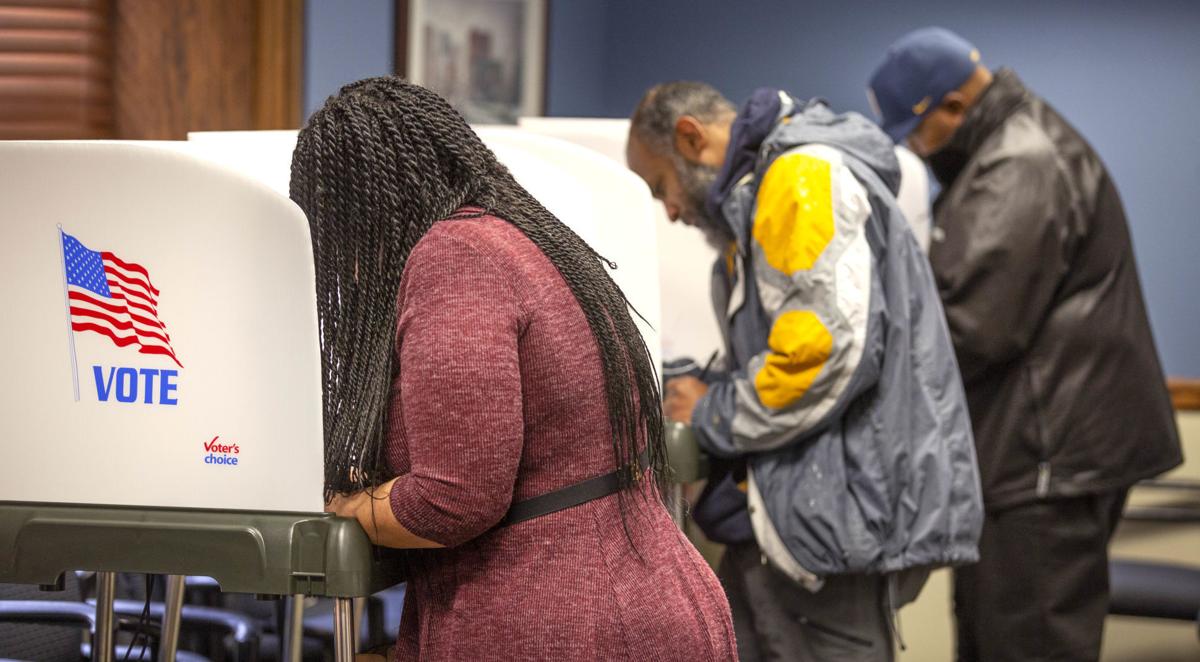 GREENSBORO — Voters on Thursday got to try out the county's new paper ballot voting system as they took part in the first day of early voting for the March 3 primary.

Guilford County had been using touchscreen machines, but switched to the new system after changes to state law. The old machines produced a paper receipt that fed through the machine, but not a paper ballot that voters could verify, as now required.

The new system involves filling out a paper ballot by hand, then feeding it into a scanner to be read. The county also has separate units for people whose disabilities prevent them from using the standard equipment.

The county tested the system in a single precinct in November's municipal elections. Now all voters will be using the machines. Early voting, which kicked off Thursday, runs through Feb. 29.

Among a half dozen people interviewed after voting Thursday morning, people were mixed on which system they liked better.

"I thought the (touchscreen) machines were a lot simpler," Greensboro voter Tametrous Boone said of the old system. "I'm kind of a tech guy, a little more tech savvy."

"It's just easier with a paper ballot in casting the vote," he said. He also said he felt it was better to have the paper ballots for security against potential computer viruses or Russian election interference.

John Bryson of High Point said voting seemed to take longer under the new system, but he didn't mind.

"I have no problem doing this," he said. "This is a little slower, but that's all right, that's the price you pay for security."

State legislators created the need for new voting equipment in Guilford and a number of other North Carolina counties by changing the law to require that voting machines use paper ballots. A final deadline was set for December 2019 to end any use of machines like those Guilford has relied upon for years.

County election officials and the Guilford County Board of Commissioners decided late last year to spend about $2 million on the new equipment, which uses computerized readers to scan ballots marked by hand.

The new equipment includes 220 scanners that read ballots filled out by hand, 200 related units for people whose disabilities prevent them from using the standard equipment and two high-speed tabulators to tally votes.

The county has enough new machines to service 15 early-voting sites and all 165 of the county’s precincts during the March 3 primary, plus have several dozen in reserve for situations where extras or replacements might be needed, Chris Duffey, deputy elections director, told county commissioners last month.

For workers, there's a big plus to the new system, according to poll worker Paul Hunnemann. The old voting machines, he said, were bulky and unwieldy on their stands, and back-breaking to move around.

Charlie Collicutt, director of the Guilford County Board of Elections, said from what he's seen everything is going well with the new voting system. He said he'd had fears that poll workers might have issues adapting to a new system, but that's not been the case.

"I've been pleasantly surprised," he said.

Out with the old, in with the new voting machines as Guilford County turns to hand-marked ballots

The board voted 6-2 Thursday evening to go ahead with purchasing about 220 ballot scanners that both read and tabulate paper ballots to comply with a state law that takes effect next month.

No one said their socks were blown away by Guilford's return to the hand-marked ballot after years of touchscreen computer voting. But neither did anyone register a serious complaint.

The new system is expected to be lower in equipment costs, but printing ballots will add to the cost of each election.

The Old Guilford County Courthouse was the most popular spot, attracting a total of 182 voters. Early voting continues through Feb. 29 for the March 3 primary.

Election security? The old machines did not have an internet connection and were impossible to hack. After the paper ballot is scanned - how does anyone know if the scanner reads their vote correctly? Hmmm?