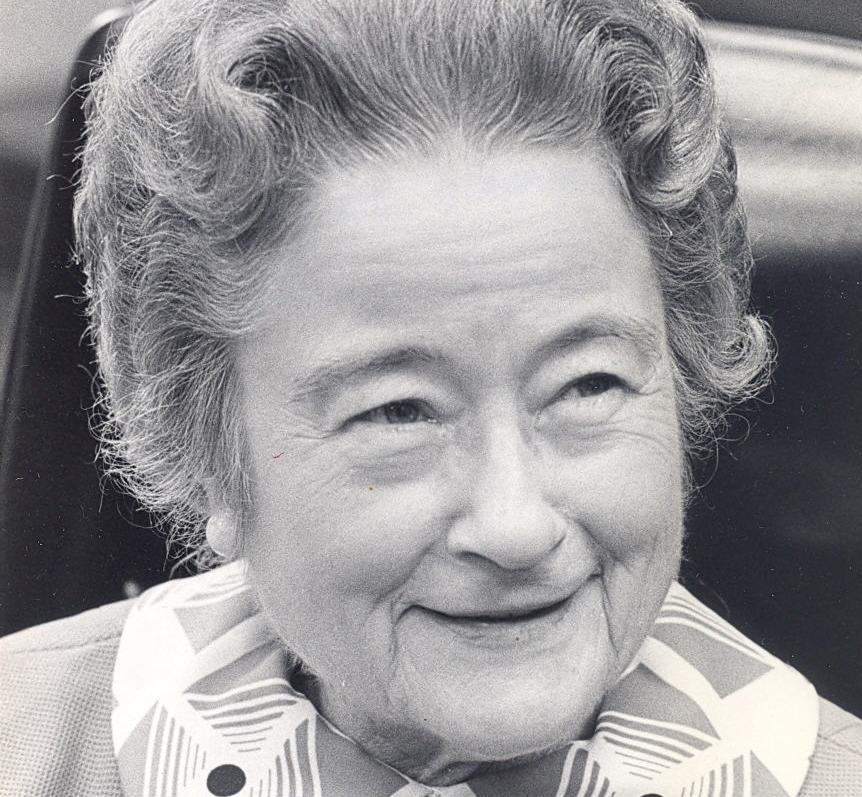 Chief Justice of North Carolina’s Supreme Court Susie Sharp, the first woman elected to the position, in Raleigh on Nov. 6, 1974.

Chief Justice of North Carolina’s Supreme Court Susie Sharp, the first woman elected to the position, in Raleigh on Nov. 6, 1974.

In the middle of the 20th century, Susie Sharp was a woman of firsts.

Sharp, who grew up in Reidsville, became the first woman appointed as a Superior Court judge in North Carolina and, later, the first woman to serve on the state Supreme Court.

She was also the first woman to become chief justice when she took her oath of office 45 years ago on Jan. 2, 1975, according to the N.C. Department of Natural and Cultural Resources.

But she rejected the notion of feminism, according to historians and newspapers that reported on her.

“I think women have something unique to offer simply because they are women, though I think this women’s angle has been greatly overemphasized,” she said in 1981, according to an article published in the Greensboro News & Record.

The “trail-blazing judge,” as the New York Times described her at the time of her death, received 74% of the popular vote “to become the first woman Chief Justice in the nation to be popularly elected,” according to the N.C. DNCR.

“I broke the ice,” she said the year she retired, according to the News & Record. “I hope I made it a little easier for women who want to be lawyers and judges. But no one else can have the fun, the pleasure and the shock of being first.”

As a vocal opponent of the Equal Rights Amendment, she was something of an oxymoron.

The ERA, which prohibited gender discrimination, was passed by Congress in 1972 as the 27th amendment to the U.S. Constitution, according to the Encyclopedia of North Carolina.

It then went to the states for ratification, where it met resistance “from conservative women who feared that civil society would fall into chaos if the amendment passed,” the encyclopedia entry reads.

U.S. Democratic Sen. Sam J. Ervin Jr. of North Carolina was among those who opposed it, and Sharp — “a highly respected Democrat” — publicly backed him, according to the encyclopedia.

“The trouble comes when a woman tries to be too many things at one time: a wife, a mother, a career woman, a femme fatale. … A woman has to draw up a blueprint,” Sharp said, according to the North Carolina History Project. “She has got to budget her life.”

Today, 38 states have ratified the ERA. North Carolina is not one of them.

Only woman in room

Sharp went to law school at UNC, where she was reportedly the only woman in a class of 60 men.

Then-Gov. Kerr Scott appointed her to the Superior Court in 1949.

But Sharp faced scrutiny from those who thought the appointment “inappropriate” — including one reporter who suggested it would be wrong for her to preside over a rape trial, the News & Record reported.

“There could never have been a rape in the first instance without a woman present,” Sharp said, according to the newspaper. “And I think it would be eminently fitting that a woman should preside at the payoff.”

In another instance, an attorney told her courtroom, “Gentlemen of the jury, the presence of sweet womanhood in this courtroom today rarefies the atmosphere,” according to the N.C. DNCR.

She also discovered during her tenure that the judge’s bathroom in Morganton “had only a sink and a urinal.”

Sharp — who once said “you can’t serve two masters and serve them well,” according to the News & Record — never married.

Despite her rejection of feminist ideals, feminists “championed” Sharp, the News & Record reported. Many hoped she might one day be appointed to the appeals court or the U.S. Supreme Court.

TIME Magazine named Sharp one of its women of the year after she became chief justice in 1975.

At the time, only 7% of U.S. lawyers were women, TIME reported.

But Sharp maintained being a woman had little to do with it.

This article is published through the N.C. News Collaborative, a partnership of BH Media, Gannett and McClatchy newspapers in North Carolina that aims to better inform readers throughout the state.

Susie Sharp's name might sound familiar for another reason. She was the aunt of Susie Newsom Lynch.

Lynch and her first cousin and lover Fritz Klenner were involved in a shootout with Greensboro police in 1985 that ended in Summerfield when either Lynch or Klenner blew up their Blazer, killing the couple. Autopsies show Lynch's two young sons had been poisoned with cyanide and shot in the head by their mother before the explosion.

Their story was chronicled in the News & Record series "Bitter Blood" by award-winning reporter and columnist Jerry Bledsoe. The articles were the basis for his best-selling book by the same name and later, a made-for-TV movie, “In the Best of Families: Marriage, Pride and Madness.”