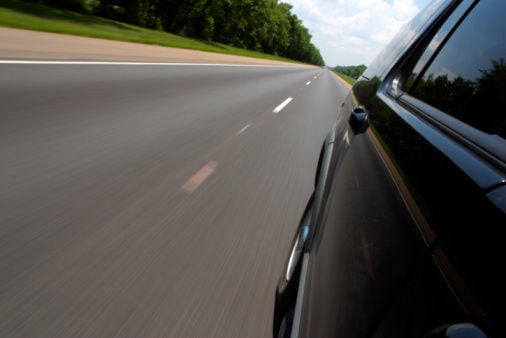 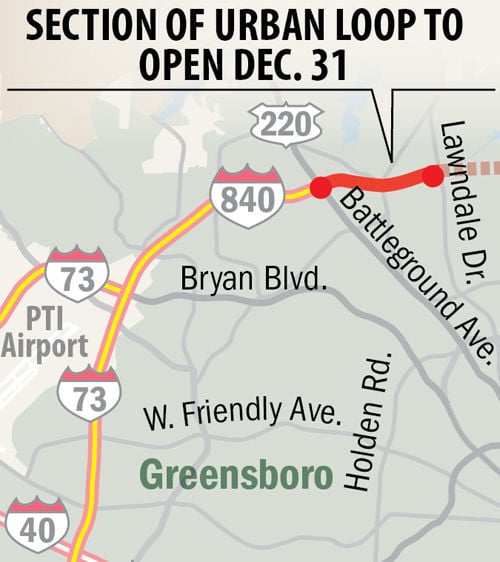 GREENSBORO — The next-to-last leg of the Greensboro Urban Loop — from Battleground Avenue to Lawndale Drive — should open to traffic on Dec. 31.

Contractors working on that $55 million stretch of six-lane highway have been estimating for some time that they would have it ready for motorists by year’s end.

And it looks as though they will make it with little time to spare, said Mike Mills, Division 7 engineer for the N.C. Department of Transportation.

Mills said that Dec. 31 is as certain a date as possible, given the unpredictability of winter weather.

“As with all construction activity, the date is weather dependent, so unless it rains/snows for the remainder of December, this date should be good,” Mills wrote in an email Wednesday.

He said contractors will be putting the finishing touches on the new section after Dec. 31, but everything needed to make the road safe for motorists will be done by then.

Once competed, it will leave just one more leg of the 44-mile-long loop to be built, from Lawndale to U.S. 29. That section is already under construction and scheduled for completion in about two years.

But Mills has said that a major part of the last leg — from Lawndale to North Elm Street — could be open as soon as December 2020.

Loved the map. Oh, there wasn't one. Wonder why. Bad journalism, maybe.

I don't think it's bad journalism, I think it's a staffing issue. But I agree, a map would be very helpful, especially for those unfamiliar with their new Greensboro home.

It's called 'Stop whining and Google it yourself.' Seriously, it's not that hard.