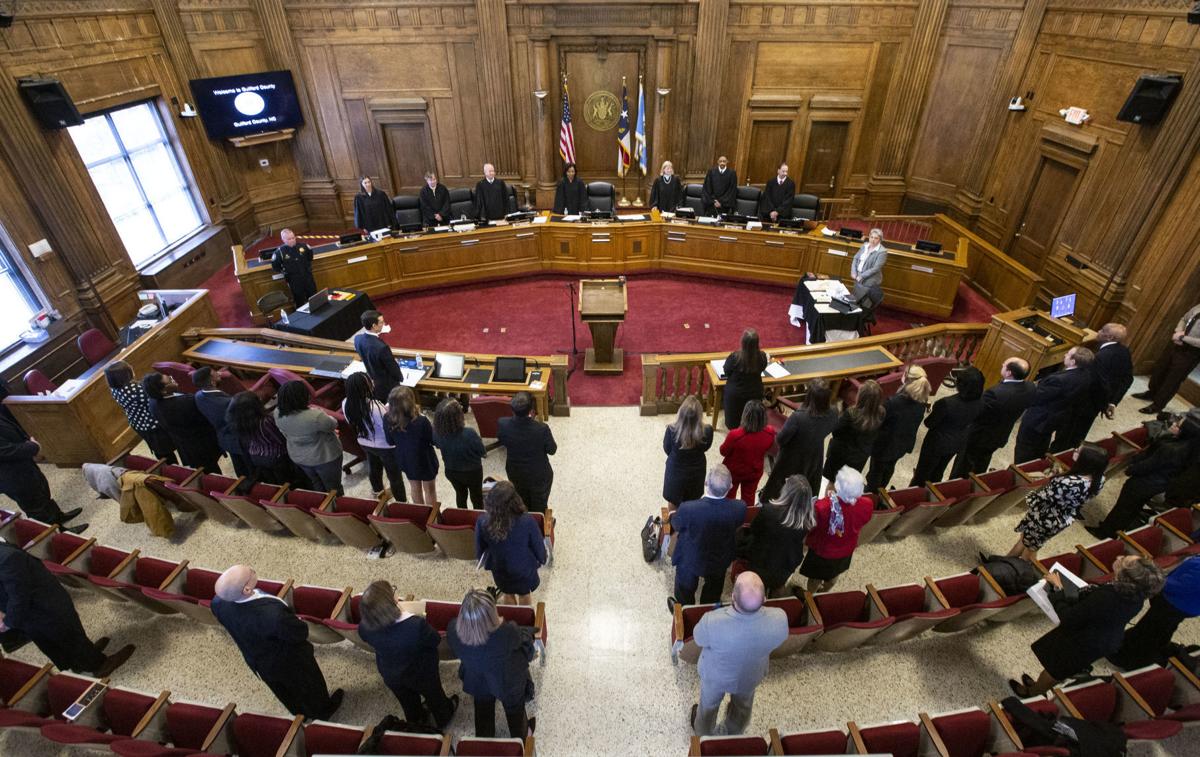 The North Carolina Supreme Court justices take their places Monday before hearing cases in the Guilford County Board of Commissioners chambers in Greensboro. 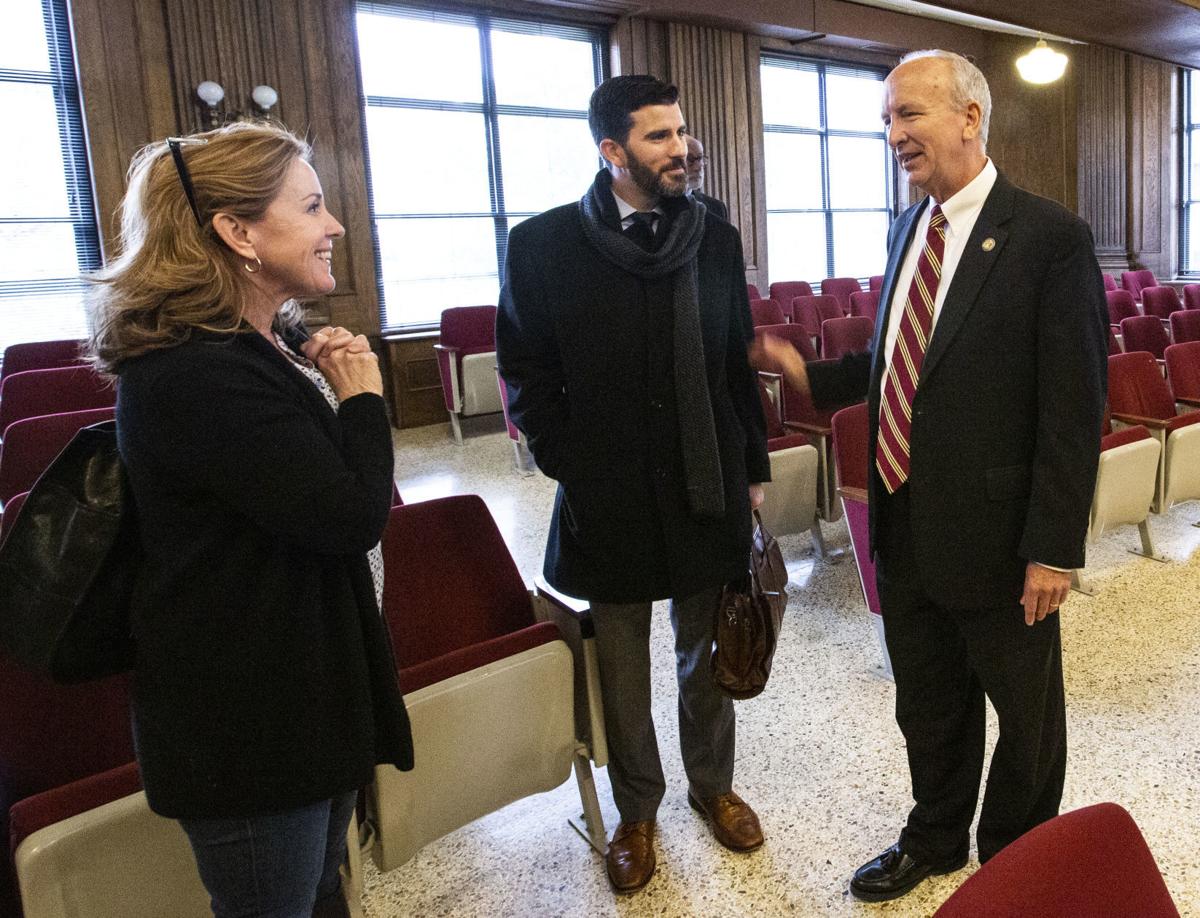 Senior Associate Justice Paul Newby visits with people who listened on Monday to arguments before the N.C. Supreme Court in a special session held in the Guilford County Board of Commissioners chambers in Greensboro. 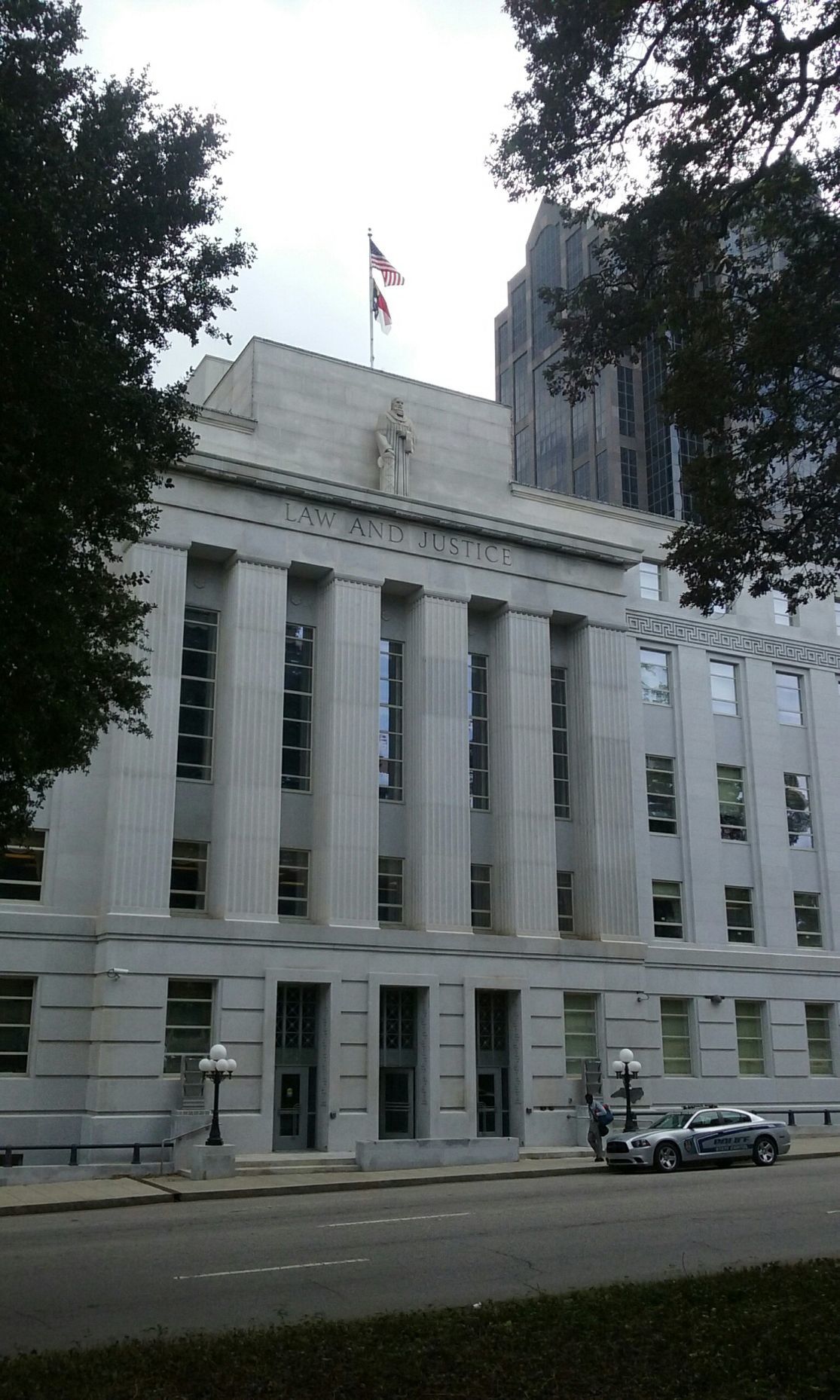 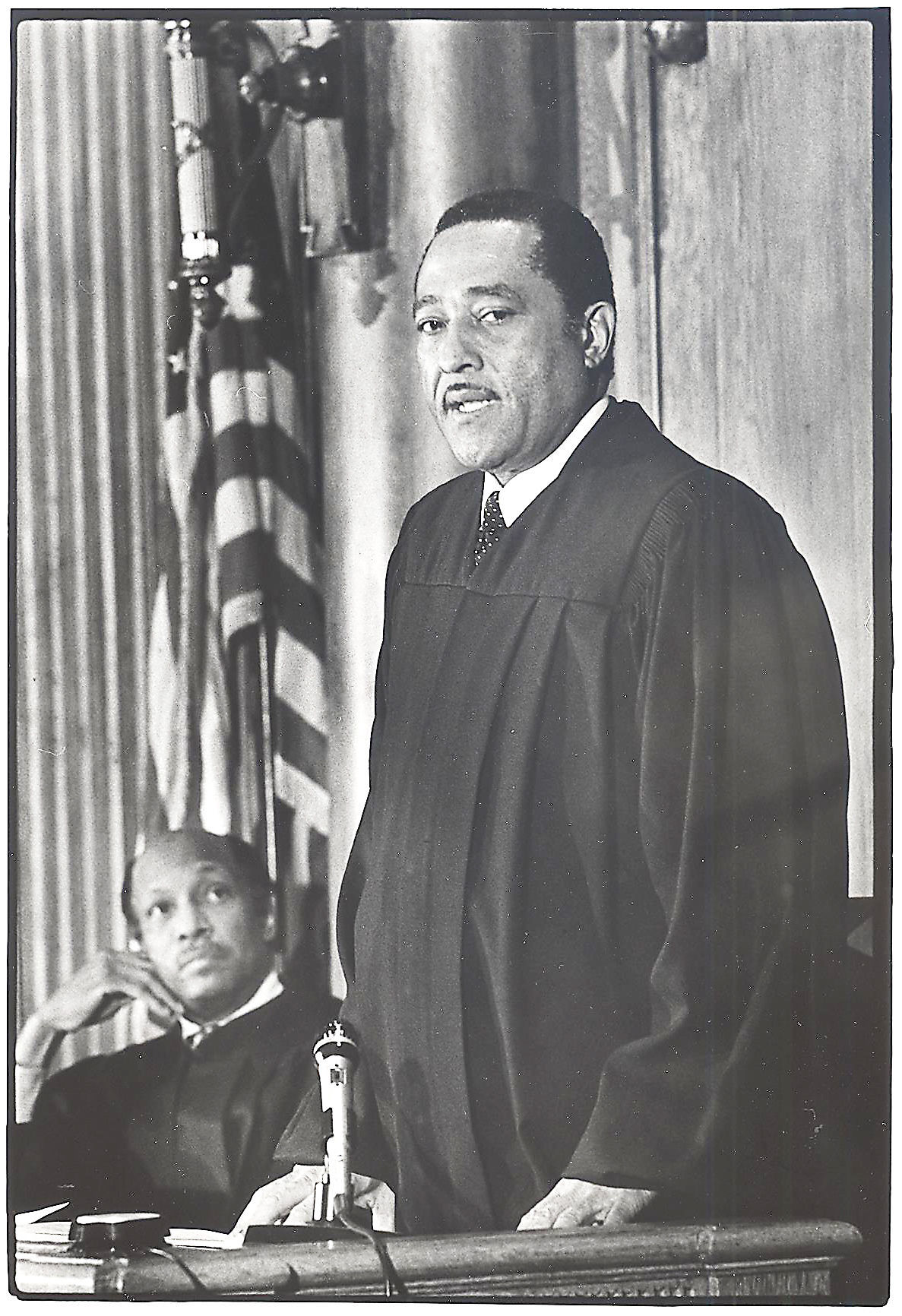 Henry Frye was appointed chief justice of the N.C. Supreme Court and was the first African-American to hold that honor in the state and one of a few in the country.

"For me this is a great and wonderful homecoming," said Senior Associate Justice Paul Newby, who grew up in Jamestown.

The Supreme Court invited Guilford County residents to sit in on both a civil and a criminal case.

Greensboro marked one of 26 stops around the state the justices plan to make.

"It feels amazing," said Chief Justice Cheri Beasley. "What a wonderful time to be on the Supreme Court."

Founded in 1819, the N.C. Supreme Court is the state's highest appellate court and most often hears appeals of opinions from the N.C. Court of Appeals.

To celebrate the court's 200th anniversary, North Carolinian Tom Earnhardt created the documentary "North Carolina Supreme Court at 200: Stability and Change 1819-2019" that is airing on UNC-TV.

The North Carolina Museum of History in Raleigh also this month opened the Law and Justice exhibit that displays the court's 200-year history. It runs through May 31.

Here are a few things you might not know about the N.C. Supreme Court:

2. It has been housed in seven locations around Raleigh.

3. The court's precursor was formed in 1776, when the General Assembly appointed "Judges of the Supreme Courts of Law and Equity" and "Judges of Admiralty" to travel the state and settle legal disputes, but still presided over cases in the trial court.

5. In 1805, the Court of Conference changed its name to the Supreme Court.

6. It wasn't until 1819 that Supreme Court justices stopped presiding in trial courts and focused solely on appellate cases, creating what the Supreme Court is today.

14. Rockingham County resident Susie Sharp served as the state's first female chief justice after being elected in 1974. Sharp, who died in 1996, was also the aunt of Susie Sharp Newsom Lynch, who was killed along with her first-cousin and lover Fritz Klenner in a vehicle explosion after a violent crime spree in 1985 that included a shootout with Greensboro police officers and poisoning and shooting Lynch's two sons before the couple blew up their vehicle on N.C. 150 in Summerfield.

15. Eight women have served as justices.

16. Seven African-Americans have served as justices.

18. With 35 years on the Supreme Court, Walter Clark was the longest-serving justice.

19. The Supreme Court has published more than 49,000 opinions since its inception.