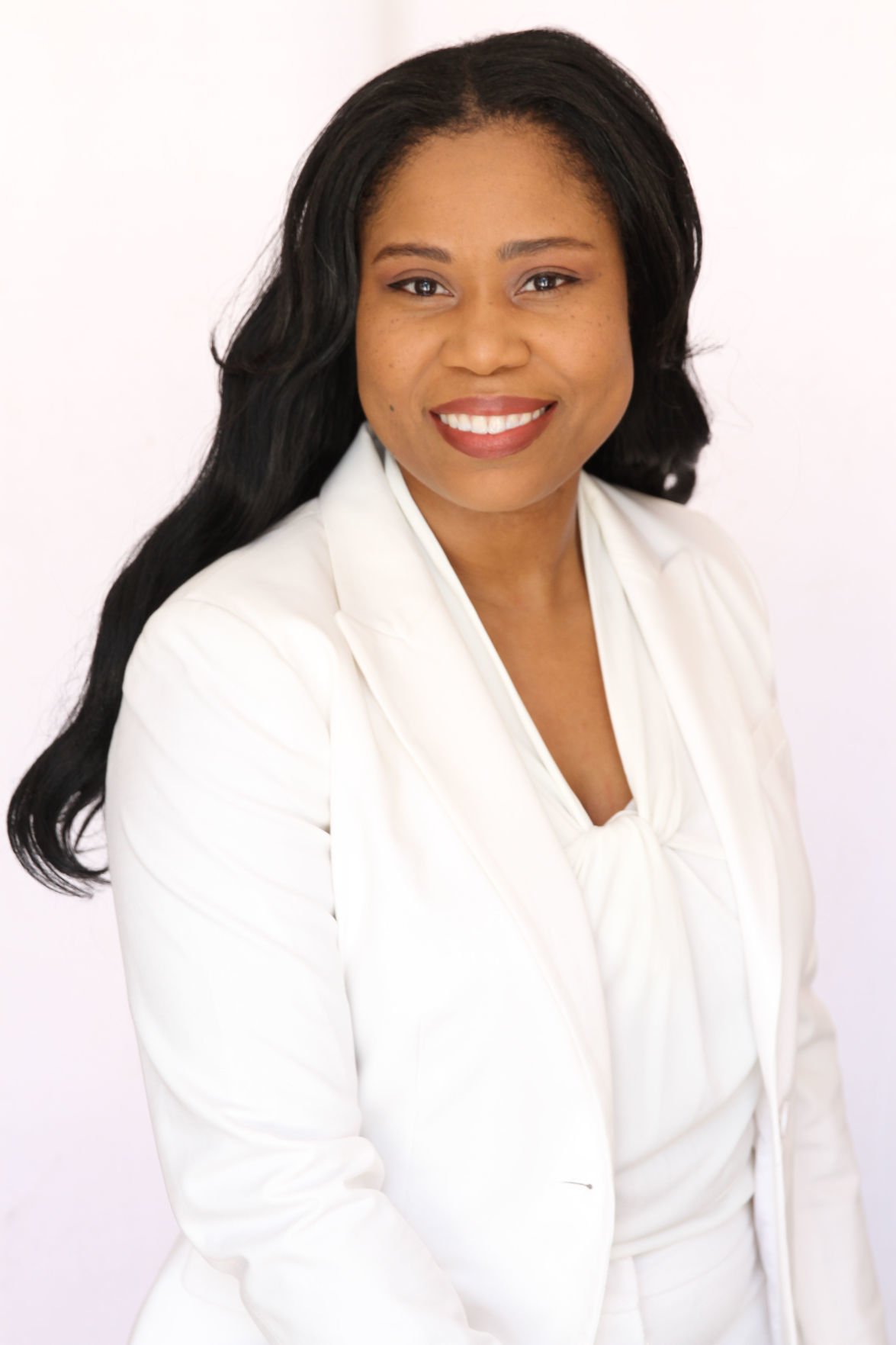 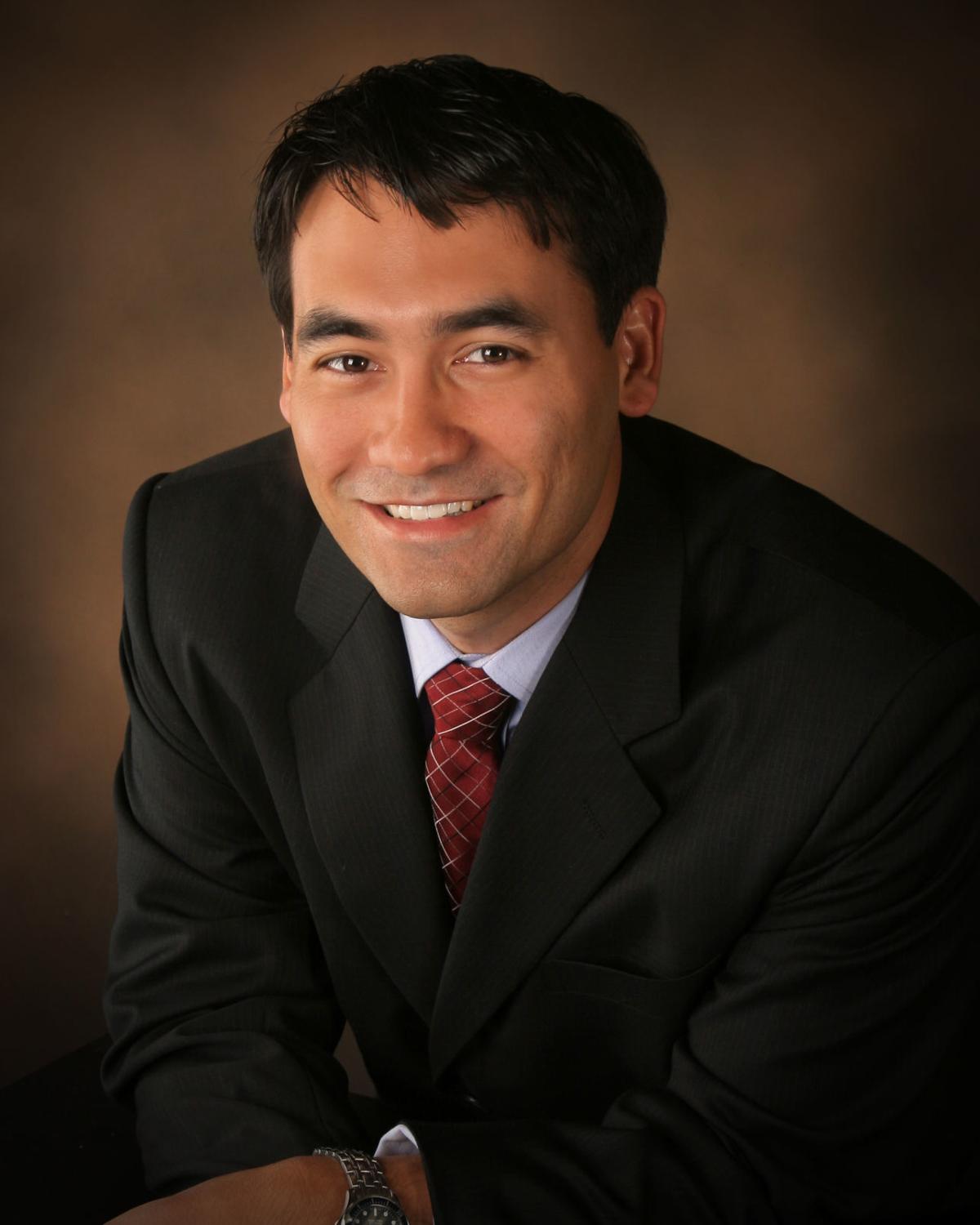 GREENSBORO — Got a chipped tooth? You might be out of luck with getting in to see a dentist. The new coronavirus pandemic is affecting these services, too.

However, exceptions are being made for emergencies, according to Valerie Pencook of the North Carolina Dental Society.

“The American Dental Association and the NC Board of Dental Examiners are recommending that dental offices remain open for urgent dental care,” Pencook wrote in an email Wednesday.

Pencook, government and insurance affairs manager for the society, said the recommendation was “so patients will not overwhelm hospitals and emergency departments.”

So if you’ve got an infected or broken tooth, you should be able to find a dentist who can help you, she said.

But the issue can be confusing for both patients and dentists, many of whom have stopped scheduling patients. Some dentists are communicating these changes with their patients by phone, text, Facebook or other social media, said Dr. Anbec DeShield-Mayes of Best Smile Dental on Lees Chapel Road.

“A lot of us dentists have been trying to do what’s best for both our patients and our staff,” DeShield-Mayes said. 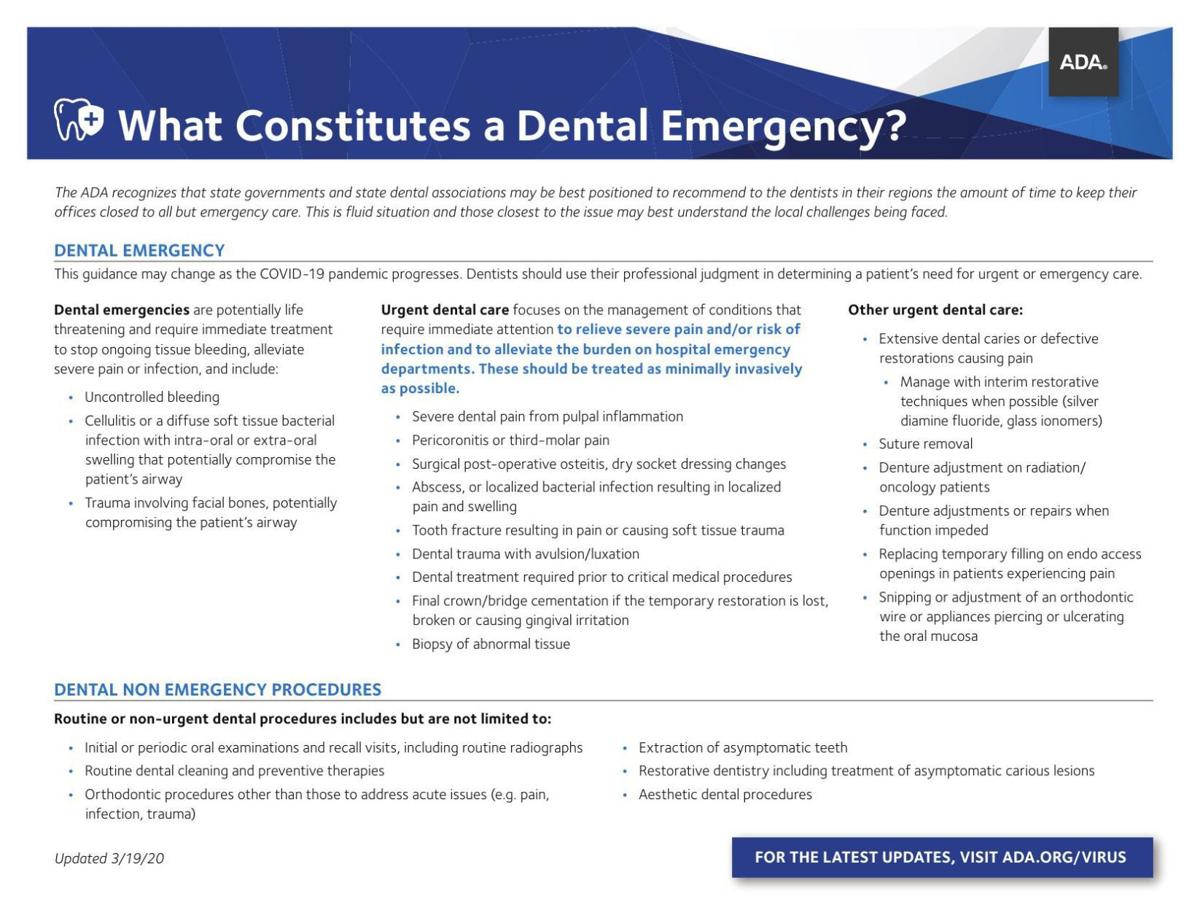 And they’ve been getting guidance from the ADA, which on March 16 recommended dentists postpone all elective procedures, DeShield-Mayes said.

The next day, many dentists began closing their practices and implementing on-call emergency lines.

Still, “at that time, it was a little fuzzy what was an emergency and what was not,” said DeShield-Mayes, president of the N.C. Dental Society 3rd District, which covers 13 counties, including Guilford and Rockingham.

So the ADA issued more guidelines a couple of days later on what constituted a “dental emergency.” That generally includes things that are potentially life-threatening and require immediate treatment to stop ongoing tissue bleeding or to alleviate severe pain or infection, according to a summary on the ADA’s website.

“The first thing I would encourage patients is to contact their dental home first because their dentist knows them the best,” said Dr. Steven Hatcher of Triad Dentistry. “I saw several patients today for dental emergencies,” he said Wednesday.

“Endodontists and the oral surgeons, most of those folks are still open and seeing emergencies,” he said.

Hatcher is disheartened that some dentists are still performing routine procedures. “If people are getting their teeth cleaned, that’s just irresponsible,” he said. “We’re trying to flatten the curve and minimize interactions.”

The idea of flattening the curve is to stagger the number of new cases of COVID-19 disease — caused by the new coronavirus — over a longer period so health care systems are not overwhelmed.

Hatcher also worries that the already tight supply of protective gear, such as gloves and face masks, will get even tighter.

“If we run out of personal protective gear, then it’s pretty much game-over,” Hatcher said.

But technology can help mitigate that.

“A lot of dentists are doing teledentistry right now,” DeShield-Mayes said. “It’s a way for them to see what’s going on, even if it’s pictures.”

And some patients only need over-the-counter medication or a prescription for an antibiotic, DeShield-Mayes said. She rarely prescribes opioids, she said, noting another epidemic that has a grip on the country.

She also pointed out that many dentists have struggled with making a decision of taking pay cuts or directing staff to unemployment. (Information has been corrected to fix an error. See correction at end of story. 11:25 a.m. March 27, 2020)

“It’s been very hard because you have people that are depending on you,” DeShield-Mayes said, noting that many dental practices are small businesses. “But you don’t know how long this situation will last. Some people are saying three months before we see the other side of this.”

Still, both Hatcher and DeShield-Mayes encouraged patients to work with their dentists in finding ways to take care of their health for the long term — despite the current challenges.

“The whole world is in this together,” Hatcher said.