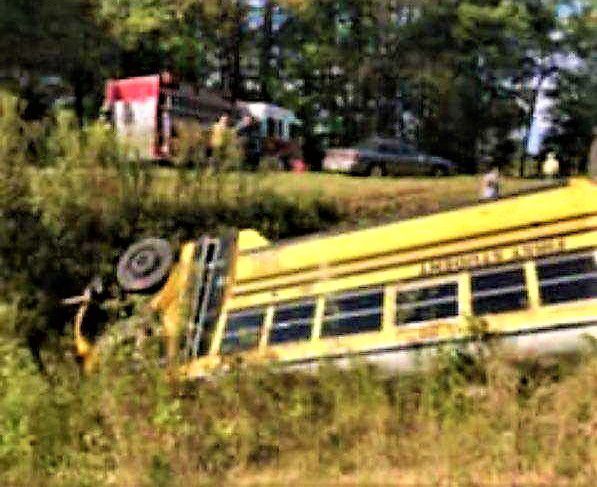 Highway Patrol officers responded to the scene of an overturned bus Oct. 1 on N.C. 68 in Stokesdale. In total, 18 students were on the private bus during the time of the crash. Nobody was seriously injured. 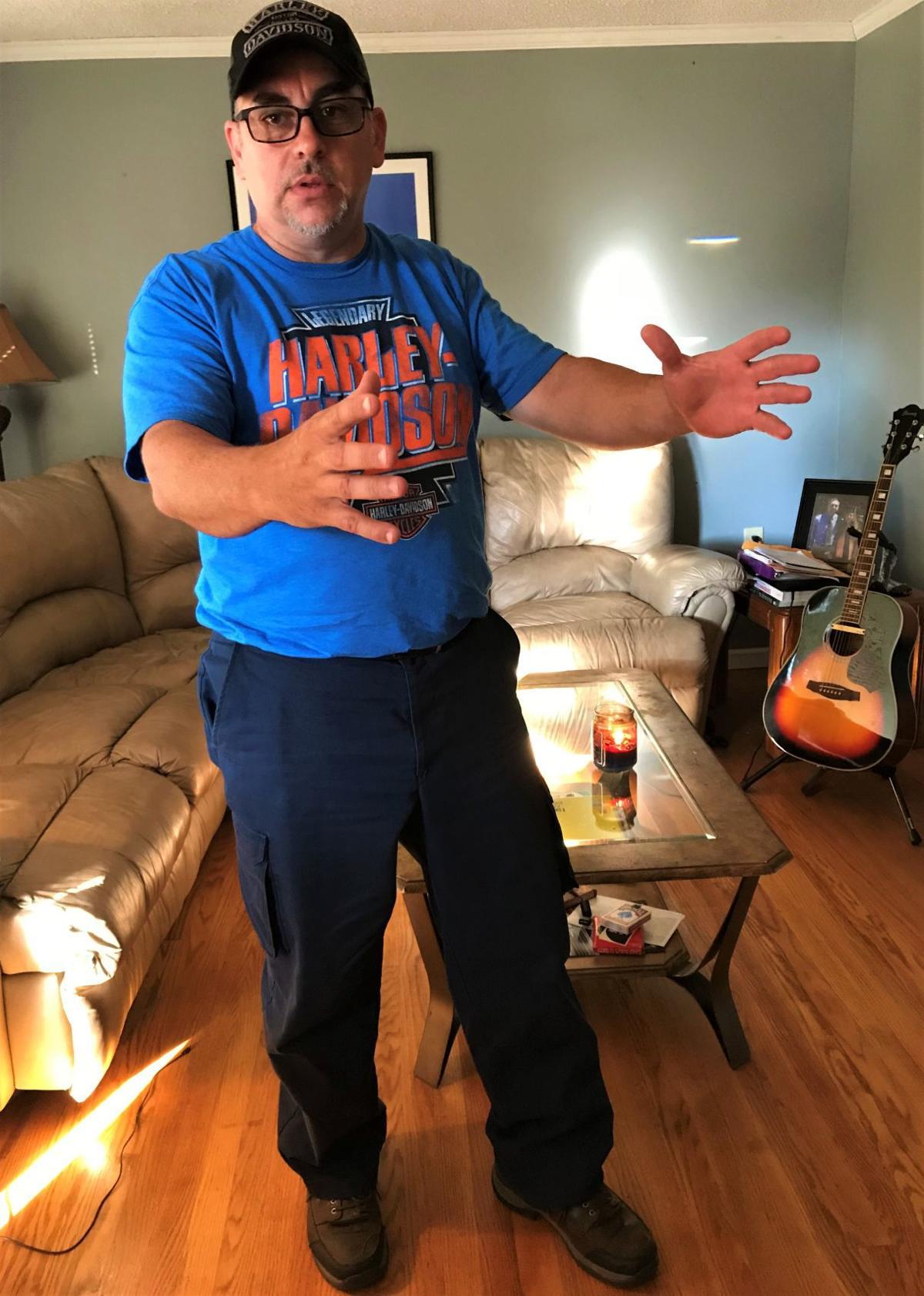 Love recounts how he helped lift some 18 youngsters off of an overturned school bus after Tuesday’s Stokesdale crash. 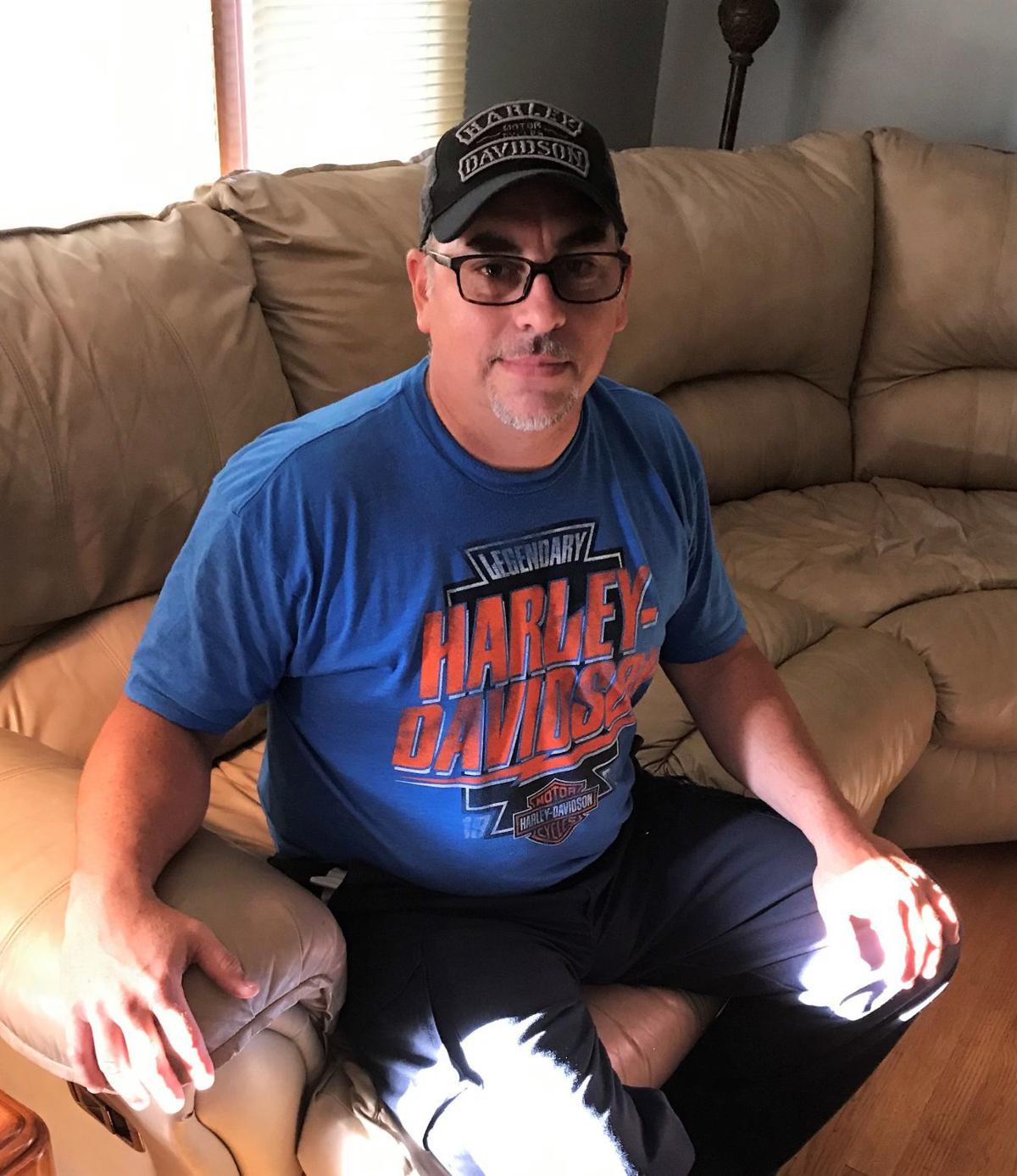 Highway Patrol officers responded to the scene of an overturned bus Oct. 1 on N.C. 68 in Stokesdale. In total, 18 students were on the private bus during the time of the crash. Nobody was seriously injured.

Love recounts how he helped lift some 18 youngsters off of an overturned school bus after Tuesday’s Stokesdale crash.

MADISON — Ray Love still isn’t quite sure why he took the road less traveled on the afternoon of Oct. 1.

But his decision to deviate from Interstate 73 led him to children in dire need.

“I might go that way once every five or six months, but rarely,’’ said the Marine and veteran of Operation Desert Storm who used a soldier’s instinct to rescue 18 youngsters Oct. 1 after their private school bus crashed in Stokesdale.

The Madison native, 48, had just finished work as an electrician at Camco in Greensboro.

“When I got within a couple of miles of where 68 and (U.S.) 220 split, I was just driving along, looking over my right shoulder out in the distance, and I seen two huge black tires sticking up,’’ Love said.

“It was eerily quiet, but I heard kids in the background, and they were screaming and still in the bus. The bus was dead still,’’ said the former machine gunner, who served in Kuwait.

“The way it was sitting on its top, nobody had gotten out. And I made my way down to the back of the bus and there was a kid trying to push open the back door and help the others out,’’ Love said.

“But it was so heavy, he couldn’t hardly move it. So I grabbed the door, and I opened it and … he immediately jumped down beside me and started helping,’’ Love said of the lad, among the eldest in the group of 5- to 10-year-olds bound that afternoon from Huntsville Elementary School to Stokesdale’s Operation EXCEL after school program.

“I could see them starting to congregate towards me, and three little girls just held their arms out … They were so small I think they might have been in first or second grade,’’ Love said, explaining the bus was positioned at an incline that forced children to climb up to the back exit.

“So I was able to just start taking them out and setting the kids down, one at a time, on the ground.’’

Despite their fear, the children demonstrated calm discipline as they exited the bus that had come to rest on its top some 40 feet down an embankment after being struck by a passenger truck.

“They started lining up single file like they was going through a lunch line, and even though they were hurting and in pain, they all just kinda came to me,’’ Love said, tearing up as he recounted the scene.

Relieved when two other men stopped and scurried down the embankment to help, Love delegated them to move children from the hot, kudzu-laden spot to a shady area to wait for first responders.

“I didn’t want to stop getting kids out of the bus in case it shifted or something,’’ Love said.

Love and another man helped usher out an adult female passenger with leg injuries. Then Love had to convince bus driver Makawi Abdelgadir, 58, to shake off his shock and exit the vehicle.

Though kids were banged up, none student had evident broken bones, which surprised Love, he said. “The bus had to have barrel rolled,’’ he said.

Within an estimated 15 minutes of the crash, firefighters had arrived and were treating the kids and preparing them for transport to Moses H. Cone Memorial Hospital in Greensboro for treatment. All were released by that evening.

Love yielded to emergency workers and returned to his truck to gather himself, adrenaline still pumping.

His phone rang there on the roadside, and it was his friend Teresa Southern, a former longtime public school bus driver, herself.

“When I was explaining it to her, it just overwhelmed her with emotion,’’ said Love, father of a daughter, 24.

“She asked me how I happened to come down 68, and I said I didn’t know. ... I said I can’t explain it. I think maybe (God) was using me to be at the right place at the right time," Love said.

"Like I told Teresa, running down there to the bus was the easy part," he said. "I was scared of what I was gonna see when I opened that door. I’m just thankful that the kids came out … it was a blessing.’’

Susie C. Spear is a staff writer for RockinghamNow.