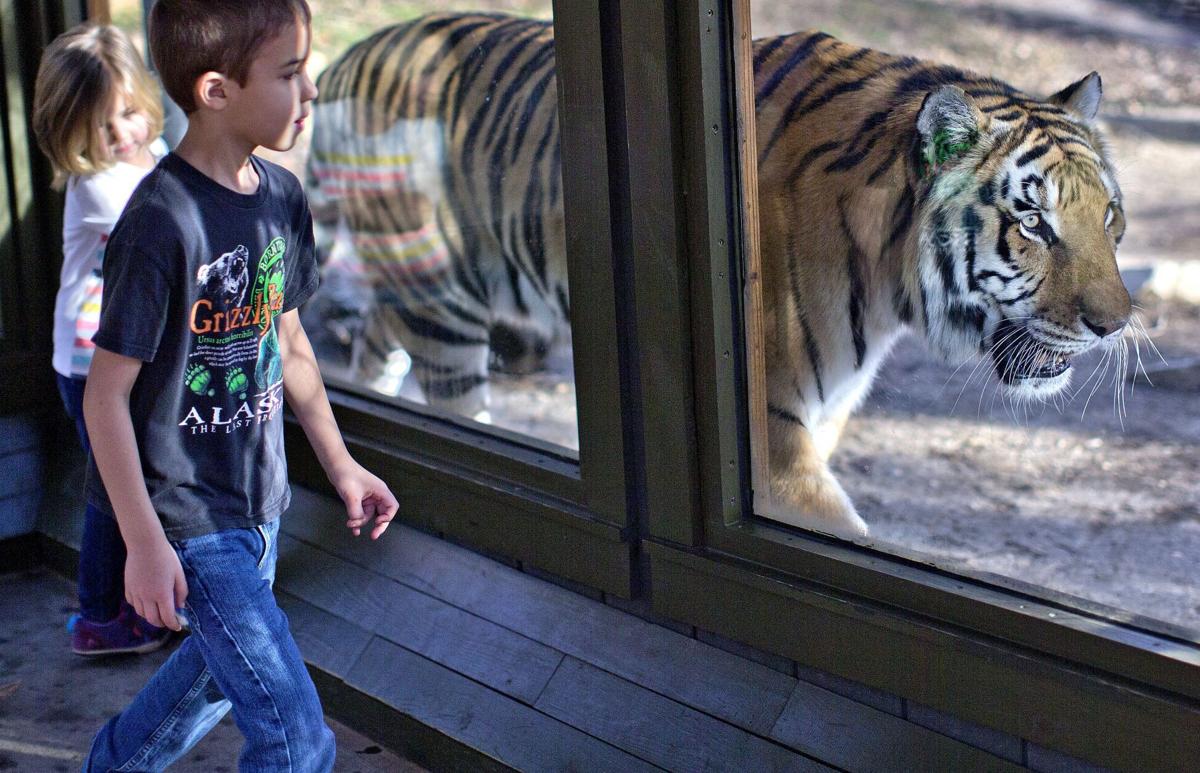 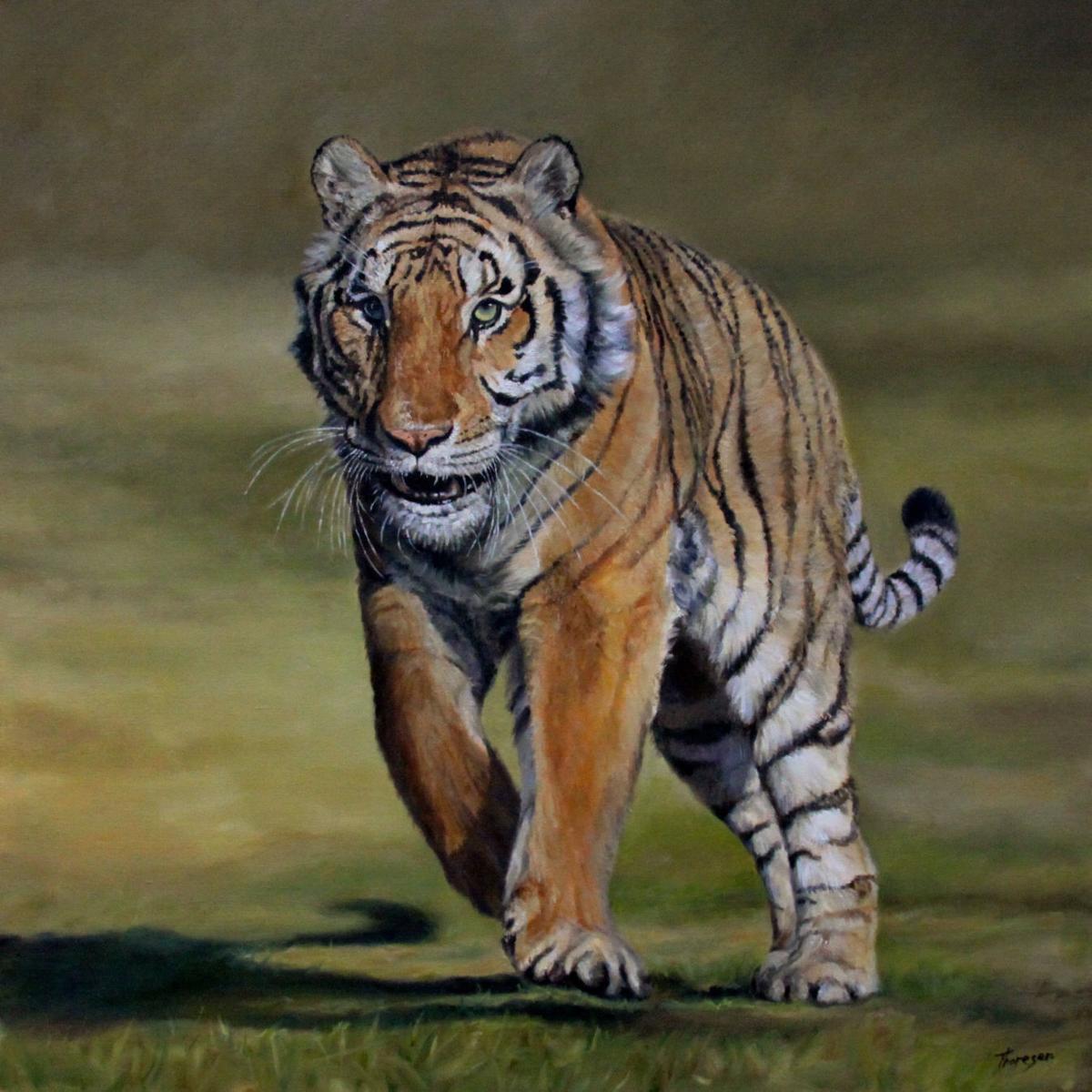 Artist Karine Thoresen's “Axl II,” a portrait of a tiger, was part of artwork featured during he Greensboro Science Center gala in 2015.

Axl, a male tiger, enjoys some goat milk from a spray bottle, Wednesday, July 13, 2016, in Greensboro, N.C. Axl is one of the animals featured in the Greensboro Science Center's Inside Track: Zoo Trek program.

Artist Karine Thoresen's “Axl II,” a portrait of a tiger, was part of artwork featured during he Greensboro Science Center gala in 2015.

GREENSBORO — A superstar at the Greensboro Science Center zoo has died.

Axl, the 13-year-old male tiger, died Friday after a year of age-related decline, the center said in a news release.

Doctors and staffers monitored and treated Axl for various ailments in the last year, including lung-related symptoms, decreased appetite and weight loss.

“However, in the end, no level of staff attention, continuous care and monitoring could turn back the hands of time,” the center said in the release.

“The GSC’s professionals ensured Axl’s last few months were comfortable and filled with his favorite foods.”

“He enjoyed spending time with his keepers,” she said. “That personality made him great to work with because not only was it easy to treat him for illnesses or have him willingly take part in his own health care, but it made him a great ambassador for his species.”

He’s preceded in death by his sister, Kisa, who died in July of 2016. That leaves the center’s zoo without a tiger.

The tiger exhibit will remain closed for several months, according to the release, as the zoo prepares to take part in a Malayan tiger breeding program.

Susan Ladd: At 60, Greensboro Science Center is a model for success (Video)

It took years of hard work, smart decision-making and fiscal responsibility to build the facility into what it is today.

The Greensboro Science Center's up-close animal experience is available on Saturdays through August.

Kisa, a 12-year-old tiger, was diagnosed with a uterine infection Sunday morning.