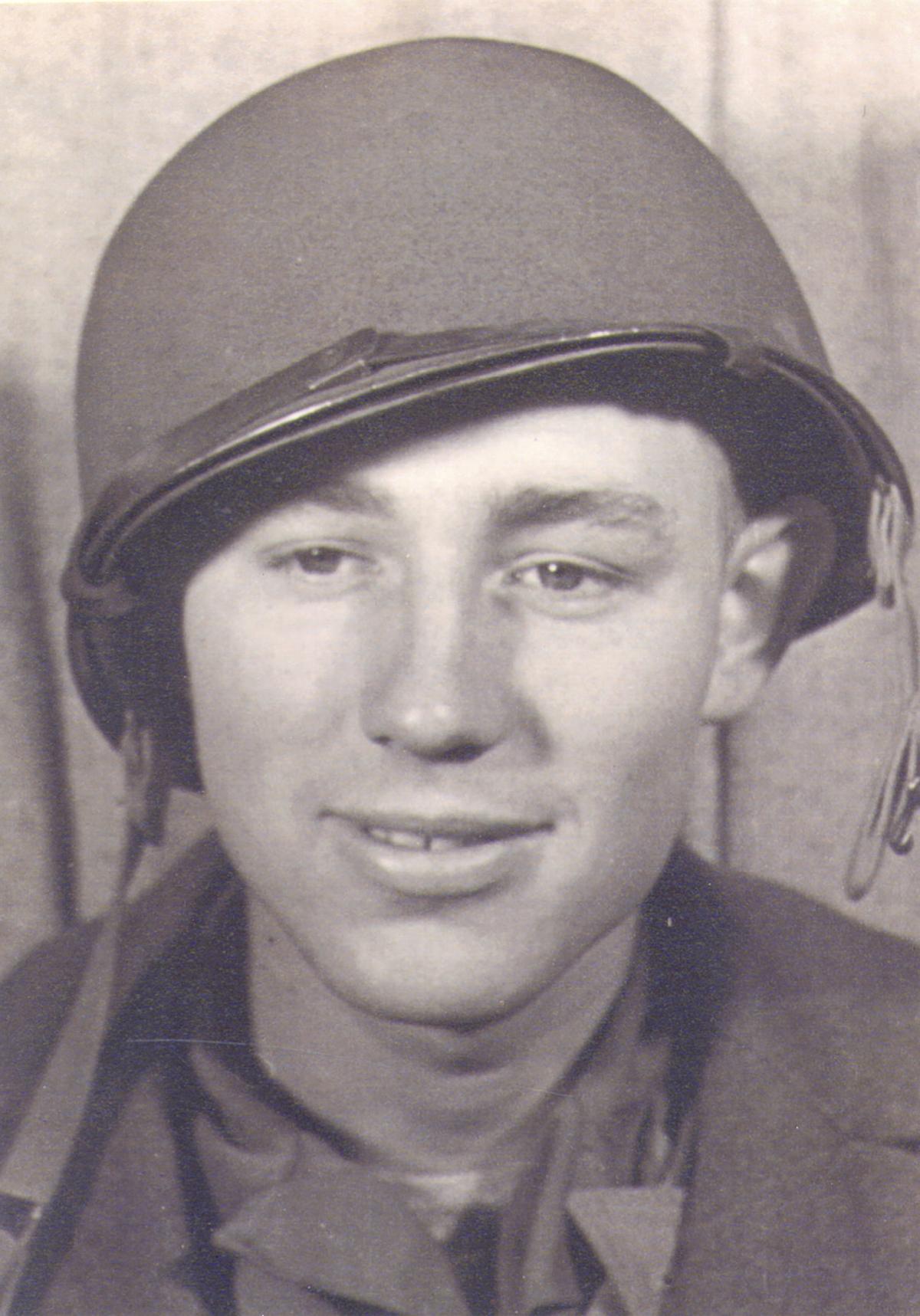 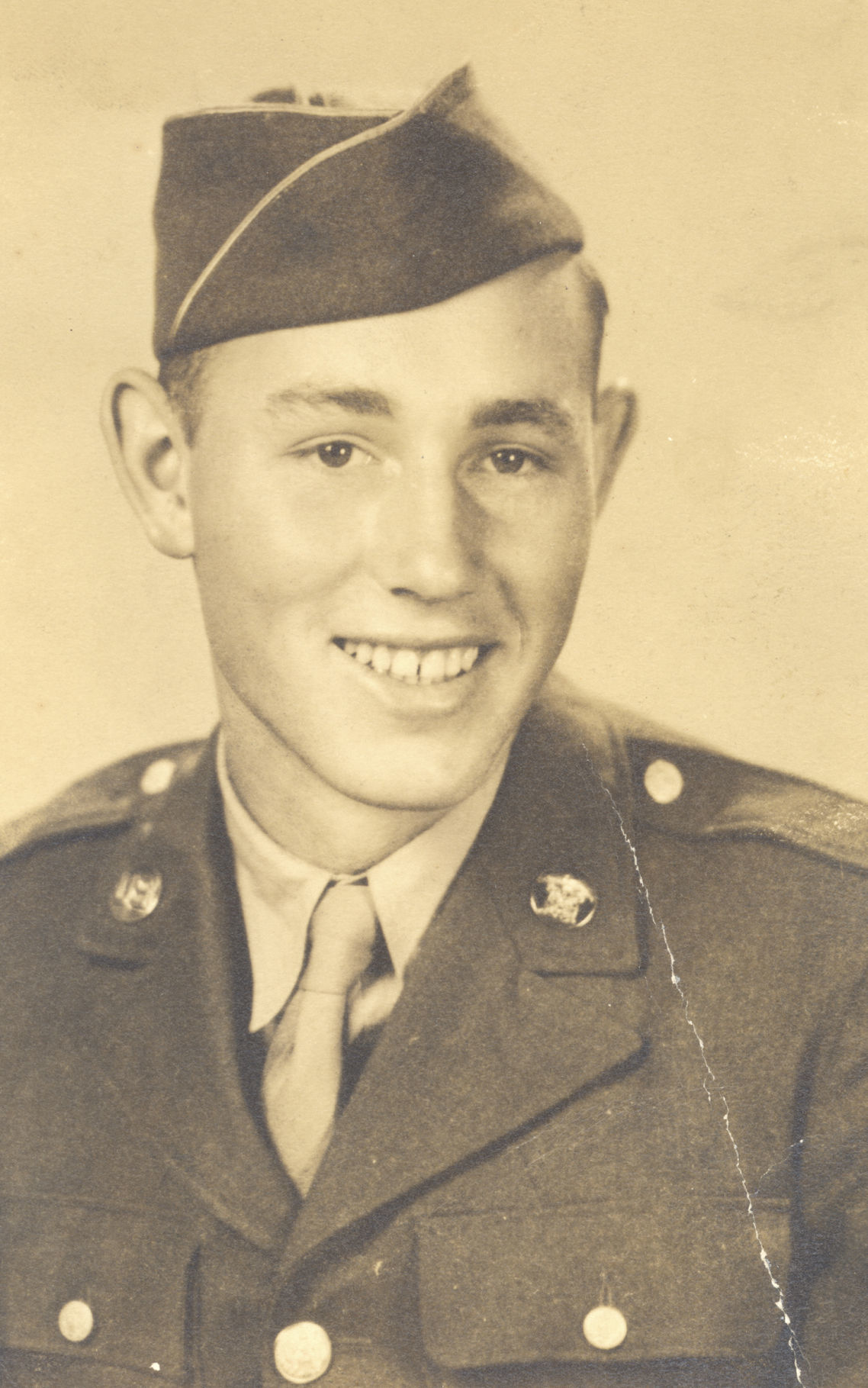 John Alvin Cocklereece Sr. was assigned to the 606th Quartermaster Graves Registration Company, and he went ashore in France with the Army’s 1st Infantry Division.

It was only a single phrase, nine words in total, found at the end of a sentence buried near the bottom of an otherwise routine obituary. Just one fact among many that made up a man’s life:

“John Alvin Cocklereece Sr., of Greensboro passed away on February 10, 2017, in Winston-Salem, NC … in the insurance business for more than 65 years … active for many years in local politics … served a term in the NC House of Representatives … Army veteran … who made the landing at Omaha Beach on D-Day.”

Nine words laying out one fact among many.

There’s a story behind that small phrase. It’s well-worth knowing, remembering and retelling. Especially today as we mark the 75th anniversary of D-Day, the day the Allies invaded German-occupied Western Europe in World War II.

“He was pretty much open about talking about it for as long as I can remember,” said his son, John Cocklereece Jr., a lawyer in Winston-Salem.

The elder Cocklereece never wanted the assignment the Army gave him as a skinny kid barely 20 years old. No one would. But it was necessary, and one that many people today would just as soon not know existed.

His job was to help retrieve, identify and care for the dead. Cocklereece was assigned to the 606th Quartermaster Graves Registration Company, and he went ashore in France with the Army’s 1st Infantry Division, “The Big Red One.” The 606th and companion units built the first American cemeteries in France.

Like his son said, he didn’t shy away from talking about his role in WWII. He told it many times throughout the years. I first heard it in the mid-1990s when he was serving in the N.C. House of Representatives.

He volunteered to share it for a newspaper article about the 50th anniversary of D-Day. He wanted people to remember, to know what had been asked — and given freely — of an entire generation.

“I often thought that perhaps some of the young soldiers who were killed on Omaha Beach could have discovered the cure for cancer, diabetes or some other currently incurable disease,” he said then.

Cocklereece originally tried to enlist in the U.S. Navy but was turned down because of colorblindness. He tried the paratroopers but was denied because he wasn’t physically big enough. He wound up with the 606th.

“One of the things he always talked about was trying to get out of the unit,” the younger Cocklereece said. “I’m sure it was horrific. … As hard as he tried, he never could get out.”

He was with the graves unit in Normandy and stayed with it from Omaha Beach for some 1,300 miles of the Army’s push across Europe including at the Battle of the Bulge in December 1944.

He told fellow veteran and Greensboro News & Record columnist Ned Harrison that one of his duties involved collecting a man’s personal effects — letters, photos, wallet, etc. — and making sure they were preserved to be sent home.

That’s tough duty. It takes a special person to carry such an emotional load and remain focused on a soldier who gave the ultimate sacrifice.

“I always thought and came to believe that he was the perfect person to do that kind of work,” his son said. “He saw some pretty horrific things. But it’s not like he was haunted by it the rest of his life. ... He could talk about it and didn’t have bad dreams.

Tens of thousands of young soldiers like John Cocklereece Sr. did their part. Some 407,000 Americans were killed in WWII; 2,500 died on D-Day alone.

Each of those who returned home and built lives came back with their own sets of memories and stories about people they met and the places they were sent. Most often, they’re a mixed bag of the horrible, the humorous and everything in between.

The younger Cocklereece remembered one in particular that his father enjoyed telling about D-Day itself when he was on a landing craft in the English Channel approaching the coast of France:

“His curiosity got the best of him so he slid up on the part that comes down to let the soldiers out and stuck his head out over the top to see. The guys yelled at him ‘Have you lost your mind? You’ll get your head shot off.’ Another guy said that he couldn’t lose anything he never had.

“I guess that’s just the crowd you end up with at that moment in time.”

At some point today, we’ll hear plenty about D-Day. We’ll see photos of the beaches of France and watch video of solemn ceremonies of remembrance at such places as Mere St. Eglise and the Normandy American Cemetery and Memorial.

It’s appropriate and right. Along the way we’ll hear, too, individual stories about men who were lost and those who came home to live long, happy lives.

Stories about men such as John Cocklereece Sr., in other words, who serve to remind us about what was asked — and given — to secure the nation.

Scott Sexton writes for the Winston-Salem Journal. Contact him at ssexton@wsjournal.com or 336-727-7481.

D-Day memories from Greensboro veterans through the years

Through the years, the News & Record's reporters and veterans columnist have shared the stories of those who experienced D-Day — June 6, 1…

On Saturday a week ago, the 65th anniversary of the D-Day landings, Greensboro veteran John Cocklereece hosted a luncheon for any Greensboro r…

It would be hard to describe to anybody who was not alive in late spring of 1944 just how tense the nation was.

For a collection of profiles of local D-Day survivors, visit greensboro.com.