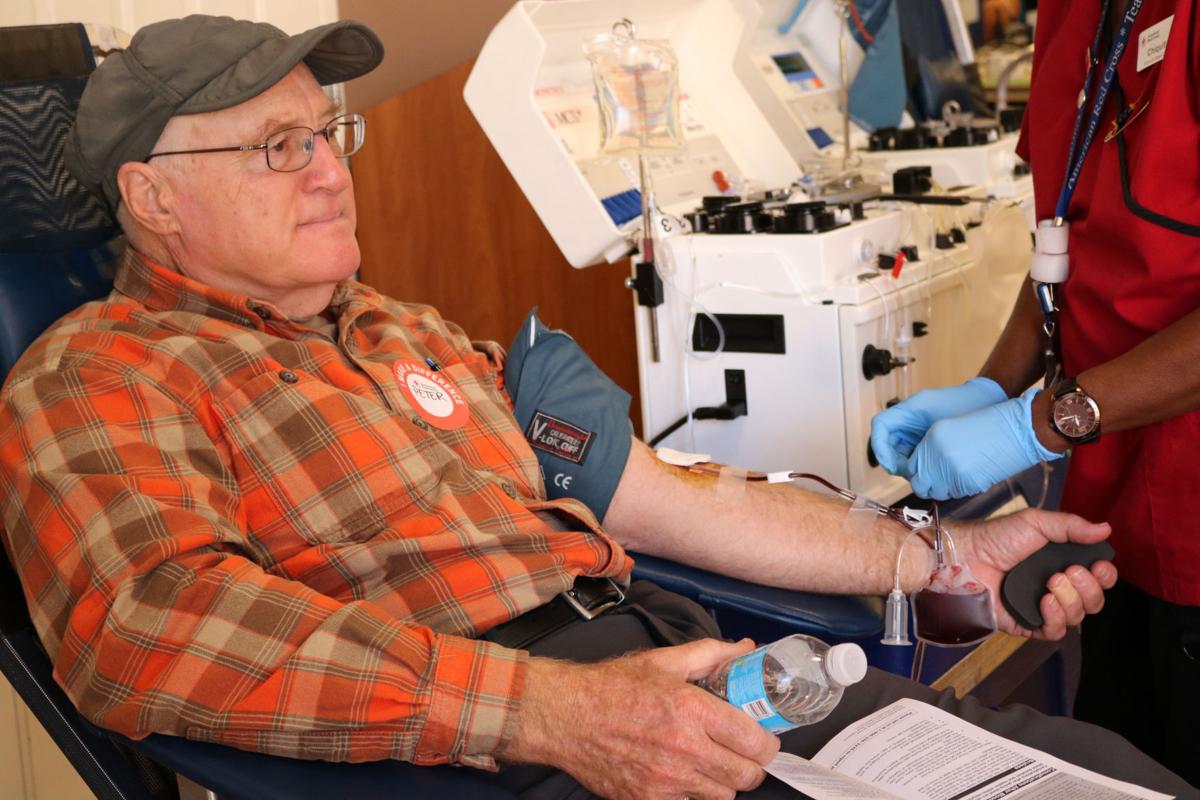 Peter Ashe of Greensboro participates in a blood drive Friday that was organized by Early College at Guilford and Guilford College to honor a former student who committed suicide over the summer. 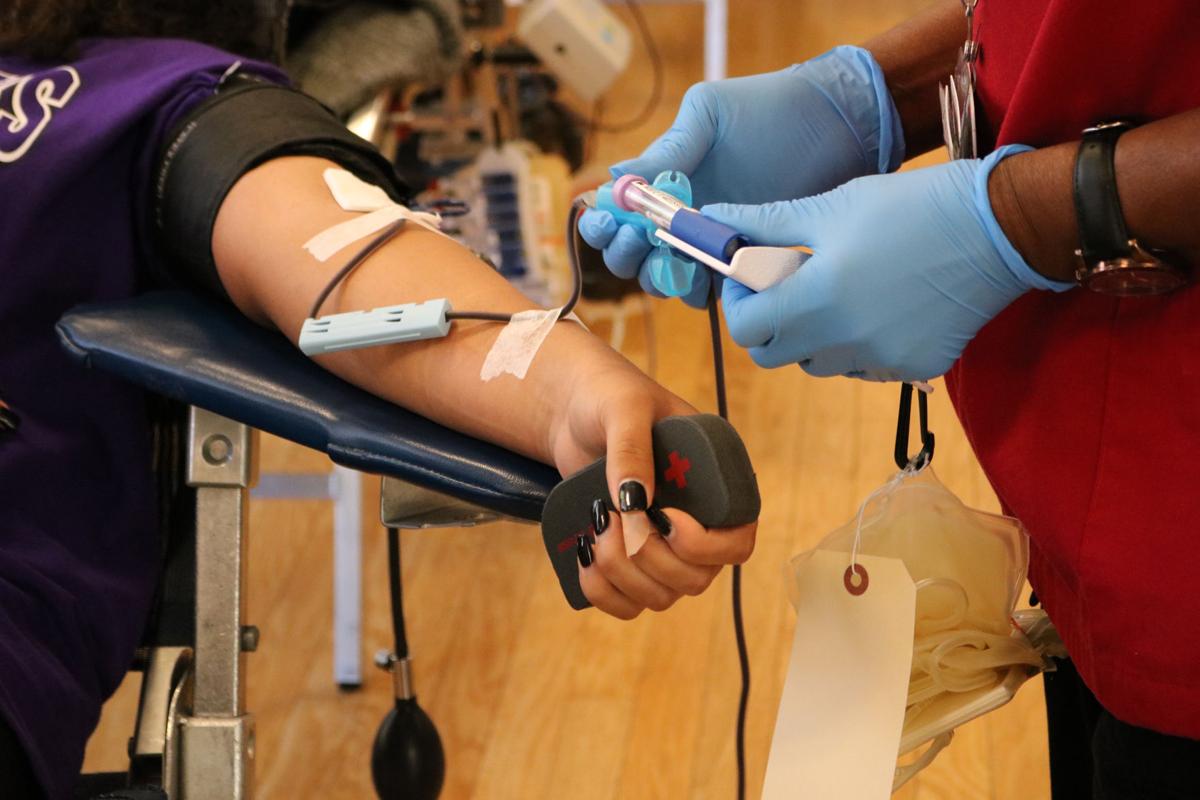 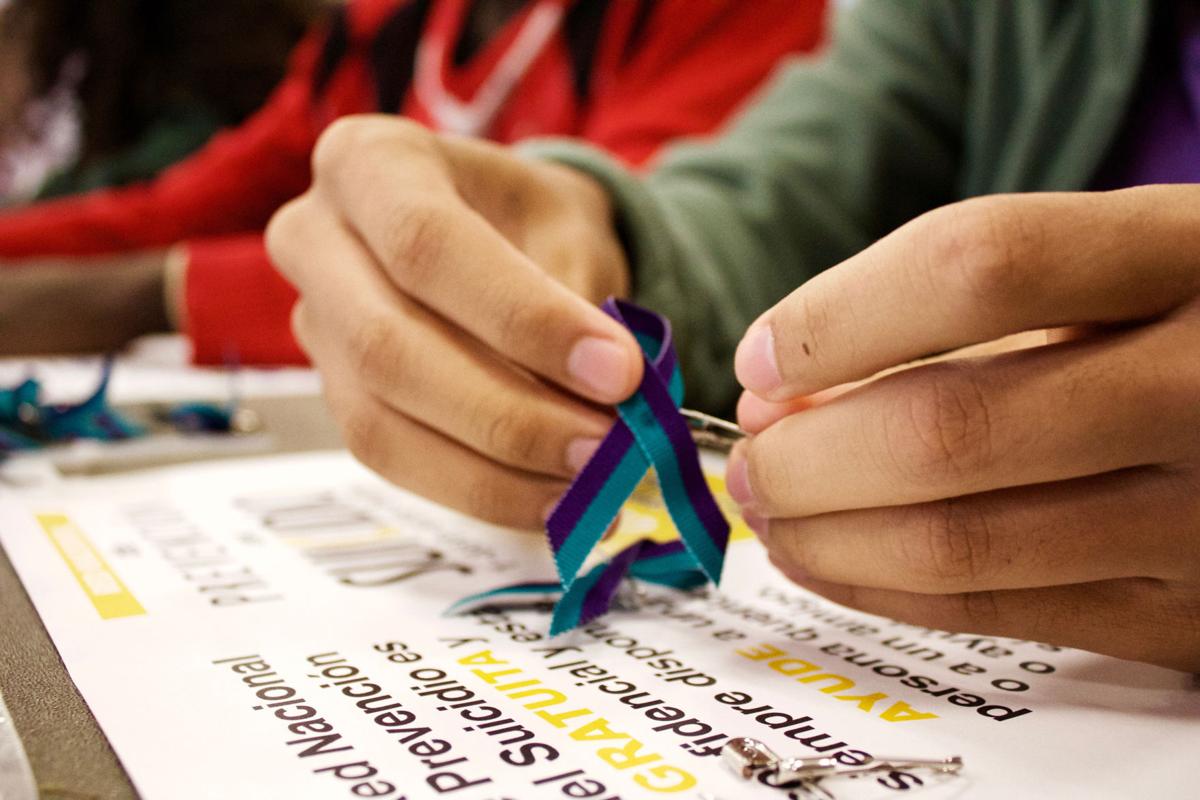 Matheus Ferreira, a junior at the Early College at Guilford, adds a pin to a suicide prevention ribbon while volunteering at a blood drive on campus on Friday

Peter Ashe of Greensboro participates in a blood drive Friday that was organized by Early College at Guilford and Guilford College to honor a former student who committed suicide over the summer.

Matheus Ferreira, a junior at the Early College at Guilford, adds a pin to a suicide prevention ribbon while volunteering at a blood drive on campus on Friday

GREENSBORO — Students at the Early College at Guilford College helped raise awareness about suicide prevention and mental health issues at a blood drive on campus in honor of a friend who died over the summer.

“She would always hint about her going to college with us and doing all those things that 20-year-olds do as best friends,” said Thida Lee, an Early College at Guilford student. “So when we found out, it was just like a punch in the gut because it was so unexpected.”

Lee heard about the death the next day when Julia Martins de Sa, another close friend of Gardella’s, called to tell her the news.

Lee and Martins de Sa had planned to host a blood drive during the 2016-17 academic year. After Gardella’s death, they decided to hold the blood drive in honor of Gardella and to raise awareness for mental health issues.

They worked with Kristen Poteat, a graduate assistant in Guilford College’s Office of Student Leadership and Engagement, to partner with the college on a blood drive that took place Friday.

“They reached out to me and immediately I was excited to collaborate because, of course, after hearing the story and hearing the cause about their intent of wanting a blood drive, it just made complete sense to have the Office of Student Leadership and Engagement partner with the Early College to bring to light an issue that not only affects high school students, but a lot of college students,” said Poteat.

At the blood drive, many Early College students, like senior Sydney Pierce, were first-time donors who donated to honor Gardella and support the mental health awareness initiative.

“When I heard that she died, it was really upsetting to me,” Pierce said. “I’m really glad that this drive is raising awareness for suicide prevention because it is such a big problem.”

More teens and young adults die from suicide than from cancer, heart disease, AIDS, birth defects, stroke, pneumonia, influenza and chronic lung disease, according to the Jason Foundation, a nonprofit dedicated to the awareness and prevention of youth suicide.

Suicide is the second-leading cause of death for ages 10-24, the group said, citing 2015 data from the U.S. Centers for Disease Control and Prevention.

Friday’s Guilford College blood drive had only been prepared to collect blood from about 34 donors. Fifty-one people showed up.

“It’s actually pretty overwhelming,” Lee said. “I didn’t realize so many people were going to sign up, especially the underclassmen. They never met her, obviously, because she left before they could. So I was just surprised that ECG could do that, and that’s pretty amazing.”

“I think it’s very important that we’re all participating in this event,” Hazlett said. “I did not personally know Alyssa, but either way for me, for somebody to take their life as to live it, thinking that’s an easier route, it’s very hurtful and hard that that has to be that way.”

“I get to donate blood for people who need blood. And with the mental awareness, people will learn about these issues and help others, if they’re in need,” he said. “We were all there for a purpose.”